The Prime Z270-A is one of Asus’ best motherboards. Its £141/£181 price plants it firmly in the mid-range, and its specification is extremely well-balanced – it doesn’t have the niche, high-end features that you’ll find on extreme-level boards, but it does include virtually every feature that mainstream users will need.

Related: Everything you need to know about Kaby Lake

The black PCB is decorated with varying monochrome shades. The southbridge heatsink and the chunky shroud that covers the rear IO are both finished in white, with the memory slots and PCI sockets coated in shades of grey. The Prime toes the line between flashy and businesslike, and it looks very good indeed. 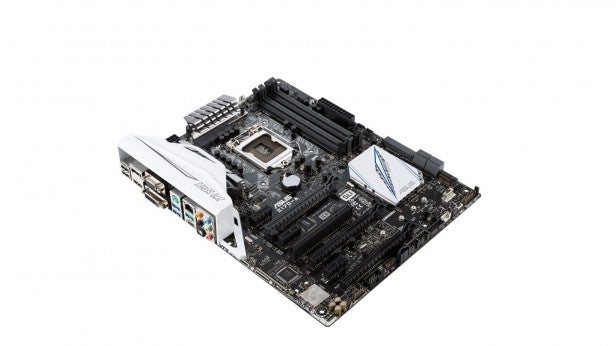 RGB LEDs are included, although this is a professional, grown-up board – so you’ll only find customisable lighting around the audio circuits, in the bottom-left corner of the PCB. Pleasingly, Asus has included a header that can be used with a lighting strip, and the whole lot can be customised in software.

The basic specifications are covered. The Prime supports 64GB of DDR4 at speeds of up to 3866MHz, and the two PCI-Express x16 slots can run in dual 8x mode – so there’s enough bandwidth to run two high-end GPUs. 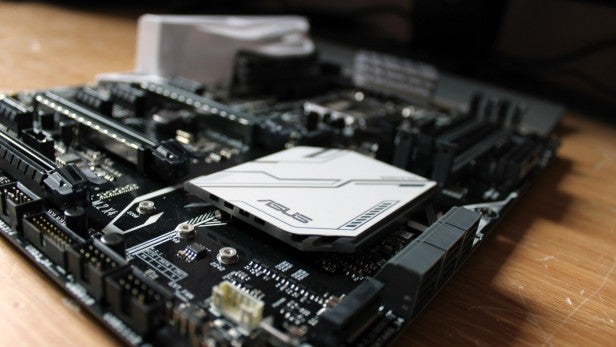 Intel’s Z270 chipset includes plenty of provision for fast storage, so Asus has included two M.2 sockets on this board – that’s now the norm for all but the most affordable of LGA 1151 boards. There are six SATA 3 connectors, too.

It’s a solid amount of hardware, and the board never feels cramped. There’s enough room to manoeuvre around the processor socket thanks to the relatively small heatsinks, and the fan headers are well distributed. The SATA ports are perpendicular, and the headers at the bottom of the board are all shielded with plastic surrounds.

Asus has fitted this board with a high-end Realtek audio chip that’s been beefed up with extra hardware for headphones and shielding on its circuits, and the Intel Gigabit Ethernet chip can be managed from within Windows from the Turbo LAN tool. That’s not the only good bit of software – the Asus UEFI BIOS is the best in the business, and it’s included here.

The Prime has an on-board power button, and it supports Asus’ 3D printing technology – you can download their designs, print them out, and then attach nameplates, cable covers or a fan holder to special mounts on the board. That’s a niche feature, sure, but some users may want to personalise their PCB.

The backplate serves up USB 3.1 ports, a single PS/2 connector and an optical S/PDIF output, but there isn’t a Clear CMOS button – and a few other high-end features are missing too. There’s no on-board POST display, either. 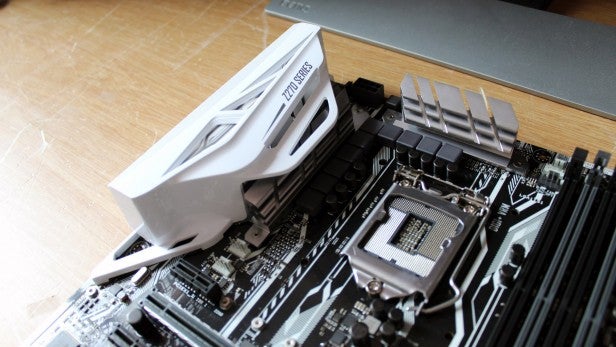 These features are typically only found on pricier gaming boards, though, so they’re not going to be missed on this £141/$181 unit.

The Prime sets out its stall as a classy, capable motherboard, and it kept delivering in benchmark tests.

Its Geekbench 4 results of 5816 and 19,975 are superb – the former is the best I’ve seen from a recent Intel Z270 board, and the latter is barely behind the fastest products. The Prime’s CrystalDiskMark results of 517MB/s and 504MB/s are among the best around too.

Of course, performance is more about the components than the motherboard, but it’s good to know that your choice of PCB won’t hold your system back.

The Prime performed to this standard without proving too power-hungry, either, with idle and peak electricity figures of 53W and 97W. Most Z270 boards require more than 100W when the CPU is stressed, so that latter figure is particularly impressive.

The Prime’s 3D Mark result of 6804 is more ordinary, but that’s what I expected. This is a mainstream board rather than a gaming product, so it makes sense that dedicated boards have more to offer in that department.

That middling gaming result is the only real black mark against this Asus board – and, even then, it’s hardly a shock, and it’s not going to slow this board down too much.

In every other department it’s extremely impressive. Few products are this quick in application and storage tests, and it’s got a range of solid features – the only things missing are those found on extreme high-end rivals.

For £141/$181, then, you can’t do much better. It’s an excellent ATX motherboard, and deservedly one of my favourites.

The smart, well-balanced Asus board performs well in applications and pairs those results with a solid set of features and a keen price. It’s one of the best ATX boards on the market, and it’s easy to see why.