The Asus PB287Q is the first in what we expect to be a minor glut of ‘cheap’ 4K monitors from known brands, including Dell, AOC and Samsung. They’re all based on cheaper TN panel technology and claim low 1ms response times, which ought to make them perfect for those looking to play the latest games at 4K. What, after all, is the point of a graphics card that can do 4K if you don’t have a 4K monitor?

The Asus PB287Q is arguably one of the better featured of these monitors at present as it has a flicker-free backlight and includes height, pivot and swivel adjustment. But this comes at the cost of a £599 price tag that’s £100 more than rivals. Does it justify the extra outlay? 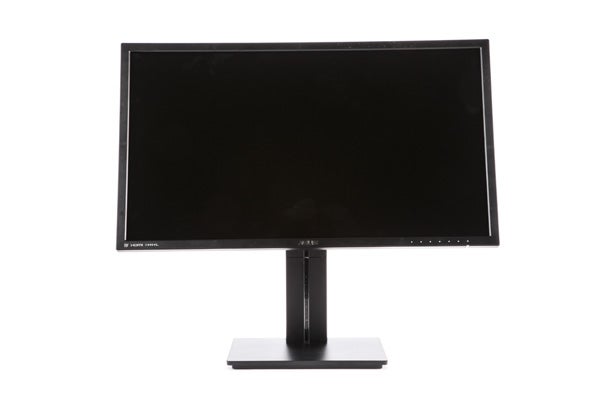 We should deal with a few important points first. The Asus PB287Q does support 4K at 60Hz, though in common with many early 4K TVs and most 4K monitors it can only manage 60Hz over DisplayPort and 30Hz over HDMI. You’ll also need a DisplayPort 1.2 output to get 60Hz, so check you do before you buy. Most recent graphics cards will, but some older ones (and laptops) won’t.

This 60Hz support is obviously pretty important for games, as is the claimed 1ms grey-to-grey response time. Other base specs include a claimed native contrast of 1,000:1, 300 nits peak brightness and a flicker-free backlight that will appeal to anyone particularly prone to eye-strain. All of which make it sound quite similar to the likes of the Dell UP2414Q and Dell UP3214Q, the other 4K monitors we’ve reviewed, though they both use higher quality IPS panels. As ever, the specs don’t tell the full story here. 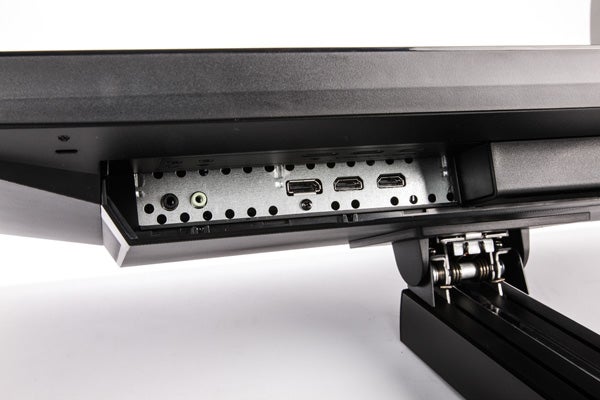 There’s just the one DisplayPort 1.2 port, and two HDMI 1.4 ports with MHL support. More recent 4K TVs, like the Sony KDL-65C9005B and Samsung UE65HU8500, now carry HDMI 2.0 ports that support 60Hz 4K. No HDMI 2.0 is an issue, but it’s perhaps not quite as serious as you might imagine given PCs (most of which carry DisplayPort) are among the few devices that can output 60Hz 4K. Indeed, if anything it would be nice to have another Display Port (perhaps a Mini Display Port) instead of two HDMIs?

But this is nitpicking really, particularly considering the excellent stand design. The Asus PB287Q has a generous amount of height adjustment, enough that you won’t have to resort to any other means of boosting its height. The pivot works fine, too, though we’re little dubious as to how useful this is in a TN-based monitor — a panel technology not famed for great vertical viewing angles, which are very important for portrait use.

As for how the monitor looks, it’s black and monitor-like. That’s fine with us. The bezels aren’t offensively wide and Asus has kept labels to a reasonable minimum, which we like. Well done Asus. 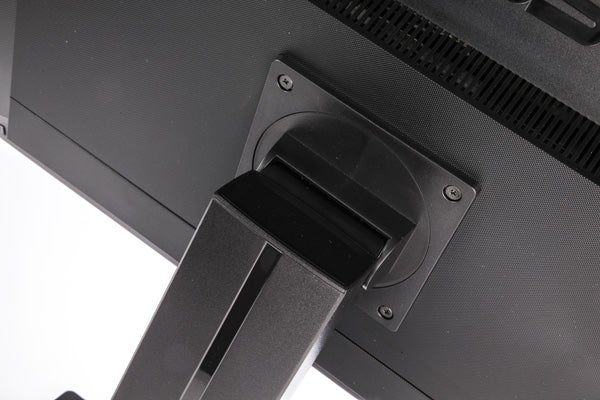 If only we could say the same about the Asus PB287Q on-screen display (OSD) and controls. We’re not suggesting for a moment either should be deciding factors in what monitor you buy, but Asus has contrived to make what the likes of the Dell UP2414Q and Samsung S24D590PL do so easily look very hard indeed.

There are six control buttons, excluding the power button, all of which are hidden behind the front edge and indicated by little white blobs on the front. Each button is effectively context sensitive, but it’s oh so easy to hit the wrong one and end up doing the opposite of what you want. The OSD looks quite nice and provides plenty of options, but many of them are buried below rather too many layers of abstraction. 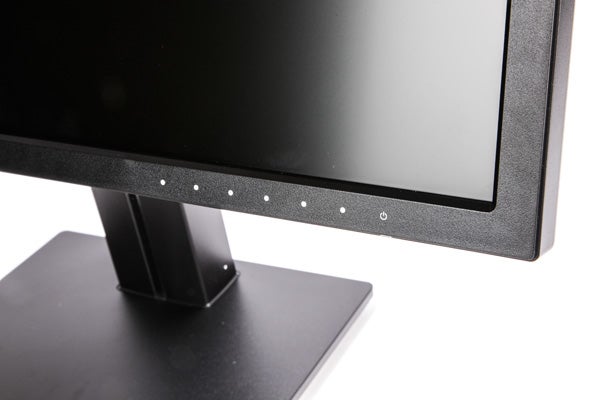 There are also a couple of setup quirks to navigate. The Asus PB287Q defaults to DisplayPort 1.1, which means you’re limited 30Hz until you enable 1.2. That’s reasonable enough, but we’re puzzled why Asus’ ‘VividText’ mode is on by default. We suppose it’s meant to make text look sharper, but it just makes it look jagged and oversharp. It’s totally unnecessary on a 4K monitor, or any monitor for that matter.

To the PB287Q’s credit, however, aside from ‘VividText’ the default settings look pretty good. It’s also very easily to assemble and disassemble, with a single screw to fasten the base to the monitor’s arm.