To those familiar with the latest technology but with limited budgets, the arrival over the last couple of years of simple and affordable HD multimedia players like the Western Digital WDTV, and the original Asus O!Play HDP-R1 will have brought joy to your hearts. For under £100 you could buy a single box that could playback just about any multimedia file you could think of. You just plugged it into your HDTV, popped in a USB stick and away you went. However, as always, progress marches on so today we’re looking at the Asus O!Play Air HDP-R3, which adds inbuilt Wi-Fi and a memory card reader to the mix.


The Air arrives well protected in a simple but sturdy cardboard box and comes with a mains adapter with cables for UK and European sockets, a remote, a combined composite and stereo audio cable, and various manuals. Notably absent, however, is an HDMI cable, which is likely to be the primary choice of connection for anyone buying a device like this. Given that the price of HDMI cables has dropped significantly to just a few pounds, though, this is less of a worry than it was a couple of years ago. 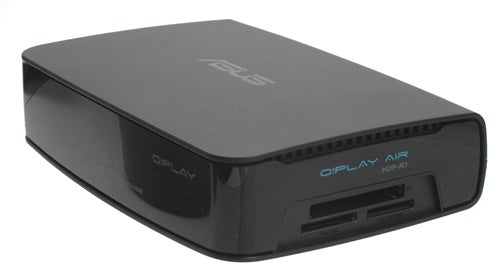 Looking at the device itself, it’s essentially identical to its predecessor (or, as both will continue to be on sale, its little brother) being around 18cm wide by 12cm deep and 4.5cm tall. It’s made of very sturdy black plastic with a matt black finish to the top, bottom, and back while the front and sides have a clear/gloss panel that wraps around them. Overall it looks tidy, if a little bland and clearly it’s not a premium device. Meanwhile, four rubber feet give the Air a good purchase on most flat surfaces.

Round the back are the main AV connections with three phono plugs for stereo audio and composite video, followed by optical digital audio, HDMI, an Ethernet port, and power. In an ideal world we would like to see component video as well, as it gives a better quality analogue signal than composite and has greater backwards compatibility than HDMI. However, considering most TVs of the last four to five years have HDMI sockets, we don’t think it’s too much of a problem.

On the left edge we find a combined eSATA and USB socket (all the USB ports are version 2.0), a pin-hole reset button and a further USB port. Meanwhile, the right edge adds in memory slots for CompactFlash, SD/SDHC/MMC, and MS/MS-Pro so you can play your videos or view your photos straight from your camera. 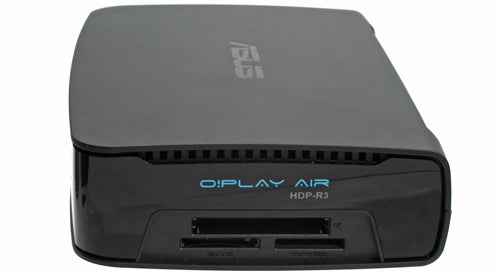 Once you’ve plugged in the cables you require and turned the O!Play on, there’s little to differentiate it from its predecessor. The main menu is arranged in a circle, which you scroll through vertically. I’ve never been a fan of these rotating menus, as opposed to a grid or list, unless they’re particularly well implemented, which this one isn’t. The main problem is that non-selected icons lose their labels and shrink into the background making it hard to tell what feature is coming up next and so you often over shoot the option you’re aiming for. It also leaves a lot to be desired on the aesthetics front. While we appreciate these devices are fairly simple and low cost, it would be nice to see a little more finesse ala Apple TV or Windows Media Center. 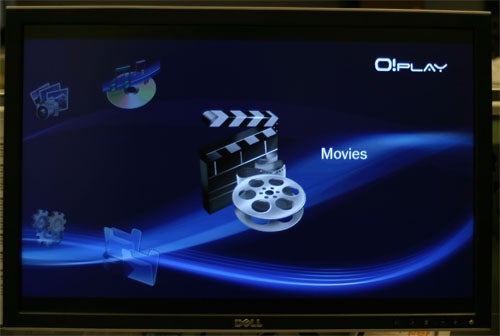 Each of the four multimedia sub-menus – movies, music, photos, all media – consists of a list of browsing options on the left with a preview or playback window on the right. Video, images, and all media can be browsed by folder, date, or recently played while music adds genre, album, and singer (i.e. artist) options to the mix. Sadly the indexing of mp3 tags that creates the artist and album list only works on USB devices and not memory cards or network locations. 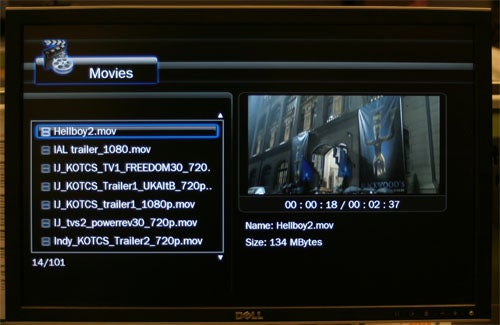 When browsing video and images, the right panel shows a preview of the file, which is quite useful. We did, however, notice that there was a marked delay of a few seconds between selecting a file and being able to open it. We initially thought this was down to the preview mode but even when we turned this off, we still had to wait a moment for the device to have a think before it would respond to us pressing the play button. Like our other navigation complaints, it’s not a deal breaker by any means but it’s the sort of thing that, now these devices have been around for over a year, we’d hope to see ironed out.

If you connect the Air to a wired network that uses DHCP you’ll be able to start browsing your various shared folders and uPNP devices straight away, and if you need to manually set an IP address this can be done in the settings. Meanwhile, connecting to a wireless network is as simple as selecting the SSID from those detected and, if secured, entering the password using a reasonably responsive onscreen keyboard. It can take a little while to browse to the media you want as you can’t set up network drives as you would on a computer – you must instead browse through Workgroup, Device, Folder, etc – but again we don’t think this is too much of a problem. Also, there are no extra network functions like YouTube or last.fm access, or clients for bittorent and Nzb downloads as on some competing devices. 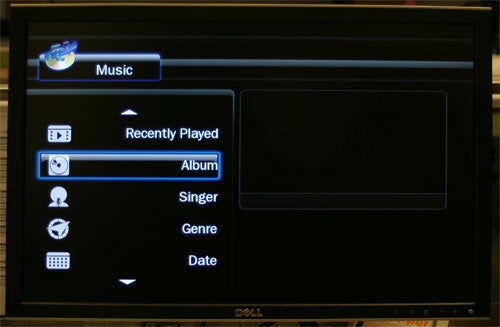 Zoom and pan functions are available when viewing videos and images and there are various slideshow effects available as well, so browsing your family photos is made as easy as possible. Brightness and contrast can also be adjusted for video playback and noise reduction can be set to on or off, though frankly we couldn’t tell what difference it made. Also, we’d leave any such processing up to your TV or AV receiver, anyway, as that’s what they specialise in.


Indeed, that’s really the essence of these digital media players. They can be so simple because all they need to do is decode your video and pass out the digital signal to your other AV equipment. This essentially eliminates any questions of audio and video quality due to poor Digital to Analogue Converters as this part of the decoding process is handled further down the line. Obviously if you use the analogue connections, it’s a different matter but then you’re going to be far more limited by the poor abilities of composite video in general rather than the specifics of how this box handles the media it’s decoding. 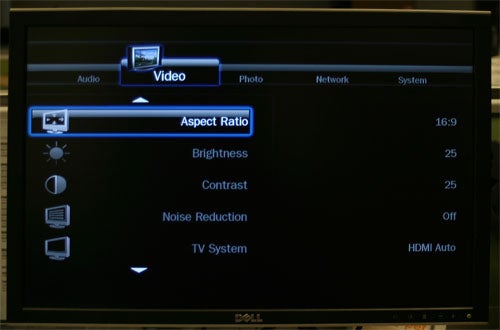 Nevertheless, it’s worth noting that testing the Air on a Dell 2407 WFP monitor we found playback to be excellent with even Full HD video playing smoothly with nary a pause before starting. Image quality was also excellent with all the detail of HD video shown to full affect. Motion was also well handled and colours seemed accurate.


So, all told, the HDP-R3 is a capable if somewhat unsophisticated multimedia player. It certainly plays back all the files we’d hope for and with Wi-Fi, eSATA, USB, and memory card slots, it’s plenty versatile enough in its connectivity. However, its menus are rather crude, its network support rather basic, and price a little high.