Laptop manufacturers are going all-out in the audio department for their premium offerings, and several have partnered-up with a reputable audio brand or artist. HP has its Dr. Dre-approved Beats Speakers, as most recently found on the luxurious Envy 17 3D, for example. Even Toshiba’s netbooks, like the NB520 and NB550, have Harman/Kardon speakers, while MSI is the most recent laptop name to take the partnership route, with its GT680‘s speakers enhanced by Dynaudio’s know-how. However, few names shout premium quite like Bang & Olufsen, which Asus partnered with to ensure its high-end N73JN supplies one of the best portable audio experiences around. 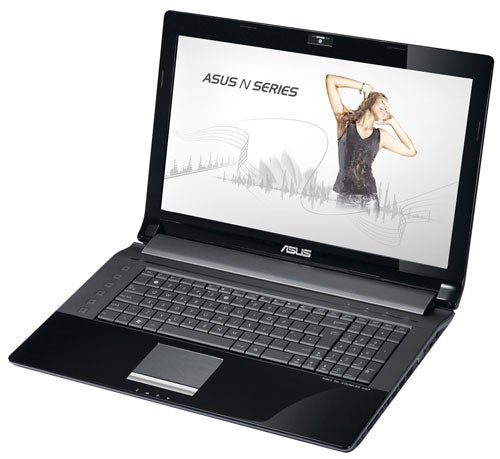 It’s not the first time we’ve assessed this particular pairing though, as only last year we checked out the N73Jn’s little cousin, the 15.3in Asus N53Jn. We were impressed then, but how does this bigger brother hold up?


Featuring an almost identical design to the N53Jn, this 17.3in model is very attractive. There’s a gun-metal grey brushed aluminium lid that feels solid, doesn’t attract fingerprints and has finely-tapering edges that make it appear thinner than it actually is. Opening it up, you’re greeted by a glossy screen and piano-black bezel, while its bottom half is divided into a brushed black metal palm rest, charcoal keyboard and surround, and silver metallic speaker grill. 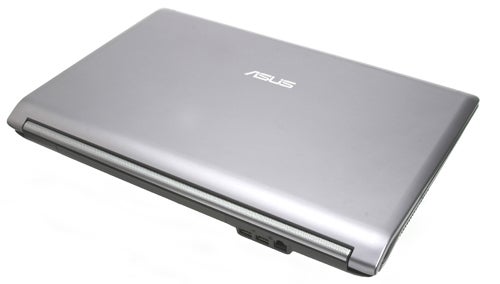 While we wouldn’t put it on the same pedestal as the stylish HP Envy 17, it has a premium look, and the downward-curved back with raised speaker adds a unique touch. Build quality is very solid, with the exception of some give at the back of the speaker and just a hint of flex on the keyboard.


Specifications aren’t groundbreaking, but more than powerful enough for a high-end multimedia laptop like this. A Core i5 M520 might be previous-generation compared to Intel’s brand-new Sandy Bridge (as found in the MSI GT680) but for most tasks, its two cores running at up to 2.93GHz will more than suffice. 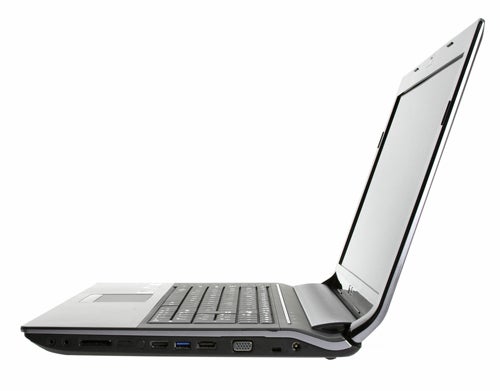 The N73Jn is backed by 4GB of RAM, which is plenty for the installed 64-bit version of Windows 7 Home Premium. Our review sample came with twin 320GB hard drives to give a 640GB capacity, but models you’ll be able to buy will more likely have a single 5,400rpm hard drive ranging from 500 to 640GB.


An Nvidia GeForce GT325 with Optimus graphics switching makes for a more-than-competent multimedia card and allows for some light gaming (on retail models this will be a GT 415M, but it should give very similar performance). A slimline Blu-ray drive completes the N73Jn’s entertainment talents. 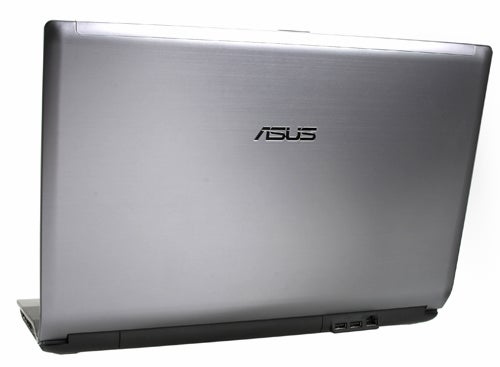 Also worth a mention is the two-megapixel webcam. Though it’s not HD, which is becoming standard at the high end, Asus has one little innovation up its sleeve, which we first saw on the Seashell 1015PEM: a physical shutter, operated by a discrete switch just above it. While it’s hardly groundbreaking stuff, it’s a great way for the less technically savvy to ensure they’re never being recorded unawares.

We have no complaints regarding connectivity, which is as up-to-date as we could wish for, and neatly arranged along the side and back. On the right you’ll find headphone and microphone jacks, a memory card reader, handy wireless switch, HDMI port, USB 3.0 port in its signature blue, a combined eSATA/USB 2.0 port and VGA output. Around the laptop’s rear are a further two USB 2.0 ports and Gigabit Ethernet port, while on the wireless front both Wi-Fi N and Bluetooth 2.1 are accounted for.

Unfortunately, the keyboard earns the N73Jn its first usability black mark. With the exception of the ergonomically accomplished G73, keyboards tend to be a weak spot in Asus laptops (as aptly demonstrated by the K52JC) and the N73Jn is no exception. Aside from a little more flex than we like to find on a premium laptop, keys feel loose and rattle far too much. It’s a real pity as layout is excellent and feedback not too shallow. Though it’s usable, this is far from being our favourite recent typing experience. 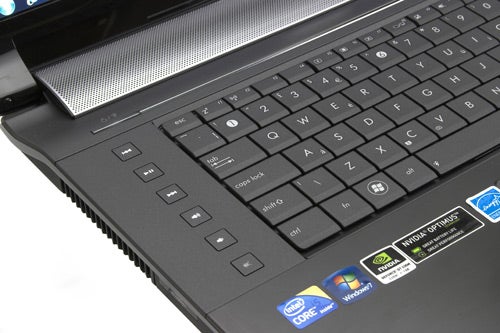 Thankfully there’s no such problem with the flush media controls found to the left of the keyboard. They are well-spaced and offer a crisp response. A nice additional touch, these light up when pressed, but unfortunately the backlighting doesn’t extend to the keyboard itself.


The touchpad is a pleasure to use. Naturally multi-touch is supported, and its large, smooth surface makes gestures easy. Though integrated into a single chromed rocker switch, the buttons offer a positive click and its dead zone is minimal. 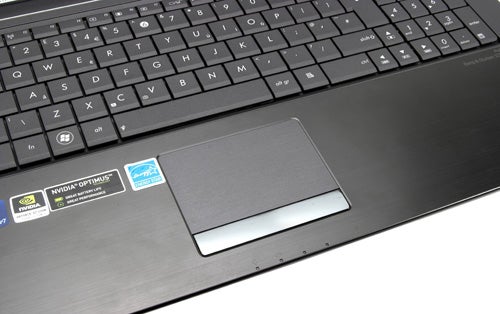 The Bang & Olufsen co-developed ICEpower (we have no idea what the frozen water reference is about either) speakers are a key selling point of the N73JN – but are they everything they’re hyped up to be? Well, to be honest we were a little disappointed. Their maximum volume is prodigious but the laptop suffers from serious distortion, and even turning things down to medium didn’t completely eliminate this.


This complaint aside, there’s a good level of detail and clarity on hand at the high-end, and whenever distortion didn’t kick in we could appreciate the N73JN’s punchy bass. However, we’ve heard better from laptops this size – the HP Envy 17 3D, MSI GT680 and Dell XPS 17 the most recent examples. 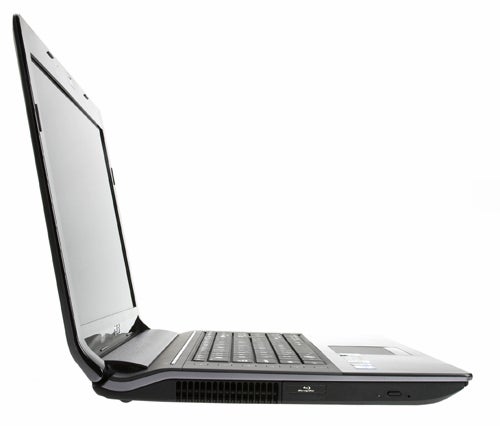 Unfortunately, this premium laptop’s 17.3in screen doesn’t rise above rival offerings either. We can live with the reflective screen coating and 1,600 x 900 resolution, as Full HD offerings are few and far between. However, having been spoiled by some half-way decent TN panels recently, certain aspects are underwhelming. For example, despite favouring the dark end of the scale, the N73Jn’s screen couldn’t distinguish between the three darkest shades, meaning you’ll miss out on subtle black detail in many films and games. Horizontal viewing angles suffer from more contrast shift than we’re used to and are generally rather poor, and common artefacts like banding were visible, if minor.


On the other hand, backlighting is even with no sign of light bleed, colours are reasonably realistic and sharpness is good. Overall it’s certainly not the worst we’ve come across, but for a premium product we expect far better.

Until Sandy Bridge becomes mainstream, Intel’s Core i5 and Core i7 processors have the high-end laptop field all to themselves. The Asus N73Jn’s dual-core Core i5 M520 features Hyper-Threading for up to four virtual cores and, though its standard clock speed is 2.4GHz, will Turbo clock all the way up to 2.93GHz. It will handle your daily workload with the greatest of ease, and only high-definition video encoding might bring it to its knees.

In the above results the N73Jn ranks below the Core i5-sporting Dell XPS 17, but that is due in part to the Nvidia GeForce 335M graphics processor (as opposed to XPS 17’s GeForce 435M). In the available configuration of the N73JN you’re most likely to get a GeForce GT 415M, which should give you comparable, or somewhat lower, performance than the card in our test machine.


While not powerful enough to be classed as a ‘gaming’ card, the 335M holds up fairly well for undemanding titles, and even recent DirectX 10 games will run smoothly if you keep the resolution down. For example, the N73Jn managed a perfectly smooth 38.1 frames per second (fps) average in Stalker: Call of Pripyat, albeit at Medium Detail and 1,366 x 768 (rather than the screen’s native 1,900 x 600).

Even knocking detail up to maximum and resolution up to native, Stalker in DirectX 10 was still playable with a 27.7fps average. In other words, casual gamers should have few complaints with this machine.


When it comes to life away from a socket, the Asus holds up well enough for a desktop replacement laptop, but nothing more. Its slightly underwhelming 4,400mAh/48Wh battery lasted a decent three hours and 27 minutes in Mobilemark’s undemanding Productivity test, while with the screen brightness set at maximum it managed one hour and 45 minutes playing a DVD. This means you’ll be able to watch even the longest films without a problem as long as brightness isn’t maxed-out.

In use the N73Jn generally stayed cool and fairly quiet, though there was a subtle but audible hum when under load. 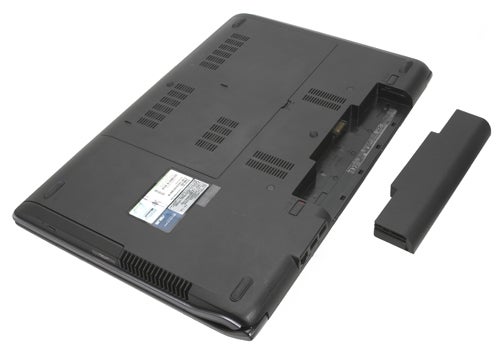 So how does Asus’s stylish offering hold up overall? There’s no denying its attractive design, good build quality and premium materials, as well as connectivity that’s up there with the best. Its Bang & Olufsen ICEpower speakers are also impressive – as long as you keep them well below their maximum volume levels to avoid distortion. However, the keyboard’s loose-feeling keys and an inferior screen put a damper on things.


It’s a good thing for Asus, then, that a version of the N73Jn with the aforementioned GT 4215M graphics, a single 640GB hard drive and a Core i5 480M is available for a penny shy of £800, which is far better value than the original £1,000 asking price of our test model. 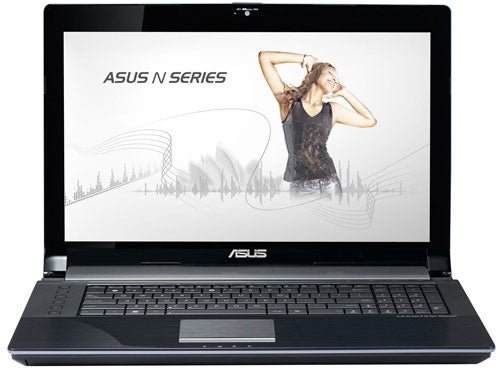 Just to give a comparison, the closest configuration of the Dell XPS 17 will set you back £980. This does include a HD webcam, superior screen, faster hard drive, better GT 435M graphics and longer battery life, but £180 is a lot of money so the Asus does have value in its favour.


A premium laptop for a less-than-premium price, the Asus N73Jn features an attractive design and excellent connectivity, backed by decent specifications. However, its otherwise good speakers are let down by noticeable distortion, its keyboard suffers from some rattle and flex, and its screen is sub-par. If you can live with these faults, it’s a relatively affordable offering that’s worth considering. 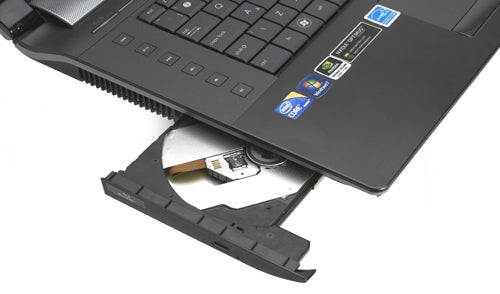 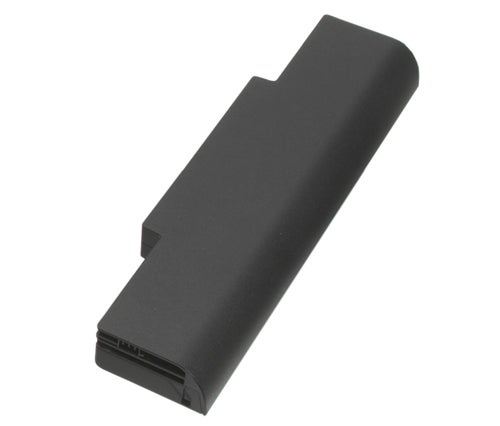 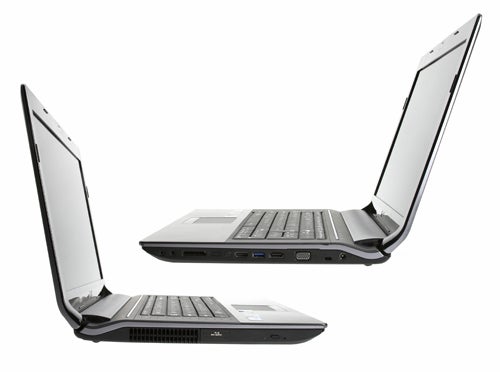