From the high specifications, it’s unsurprising that the N550JV performs day to day browsing, media and word processing impressively. It has an i7 quad core processor, 8GB RAM and an Nvidia Geforce 750M graphics chip. One area where it does fall down a little is the absence of a solid state drive like its Ultrabook contemporaries. True, that does mean that it comes with a generous 1TB of hard disk space, but a hybrid drive, or an additional SSD for the operating system would have been welcomed. Boot up times are a mixed bag: 51 seconds from a restart, but amazingly just 11 from cold. 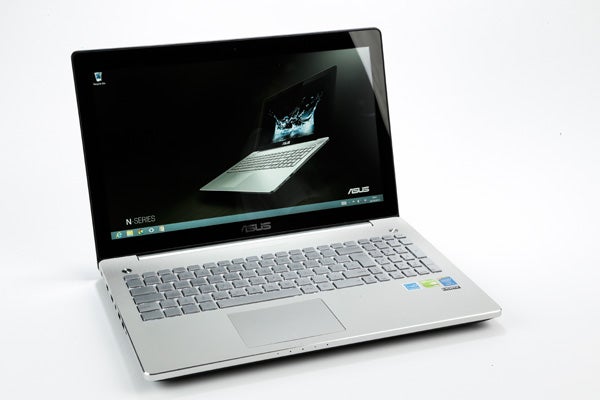 As mentioned in the introduction, this is very much a desktop replacement laptop, and we’ve looked at two recently: the HP Envy Touchsmart 15 and the Toshiba Satellite P50t-A-10U. In PCMark, the scores between the three were pretty similar: the N550JV scored 3,187, the Touchsmart managed 3,573 and the Satellite 3,094. The other two have double the RAM at 16GB: slight overkill in our view. In Geekbench 3, the N550JV managed 11,861 – well ahead of the Satellite’s 9,697. Unfortunately we didn’t get a reading on the Touchsmart, but we imagine it would be consistent with the PCMark tests – in other words, slightly higher than the N550JV. 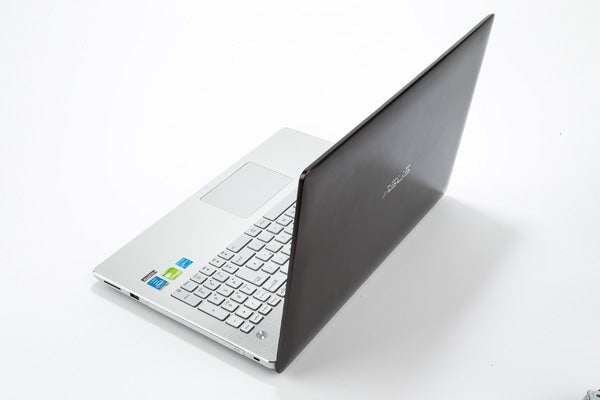 We followed up on this by running it through the Unigine Heaven tests – a useful benchmark, because it runs in OSX and Linux as well as Windows. It managed a respectable 26.3fps in the basic 1366×768 test and 14.3fps in the 1920×1080 version, dropping to 13fps and 7.6fps in the Extreme version. This sounds bad, but these are tough tests for dedicated gaming PCs – the 4.8kg ASUS G750JX only managed 27.8fps and 17.3fps on the extreme tests with its high specification gaming credentials.

So it only seemed fair to put it to the test in the real world with Crysis 2, and we found that the game was playable in 1920×1080 resolution on Ultra detail. It wasn’t completely smooth, and you’d realistically want to drop either the resolution or the detail to enjoy the game in full, but to this day Crysis 2 remains an intensive game and that’s a seriously impressive performance on a non-gaming laptop: pretty similar to our experience with the Alienware 14 which costs significantly more.

In day to day usage, the N550JV makes virtually no noise at all from its fans, and produces very little heat despite its slim design. You could comfortably use this on your lap without any discomfort which is pretty important in a laptop. 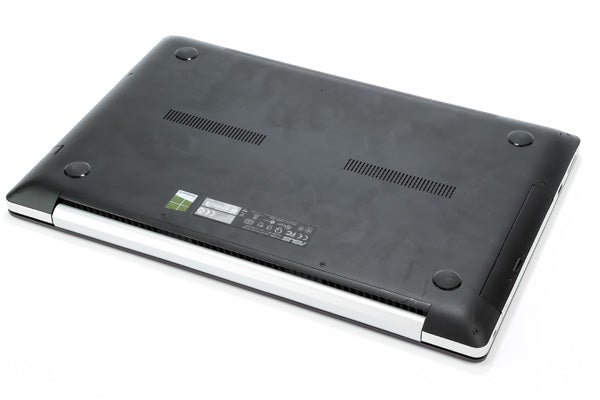 During heavy use – our Crysis 2 real world benchmarking – the fan noise increased a little, but even slight volume would be enough to drown it out. On top of that, only a small section of the back of the laptop became warm to the touch. Even under real strain it doesn’t generate much heat at all: we’re impressed.

The N550JV’s four cell polymer battery was next up for our testing. As usual, we ran it through a mix of web browsing, word processing and media consumption at 40% screen brightness. The results were slightly above what we’ve come to expect: a solid if unspectacular three hours and 46 minutes. 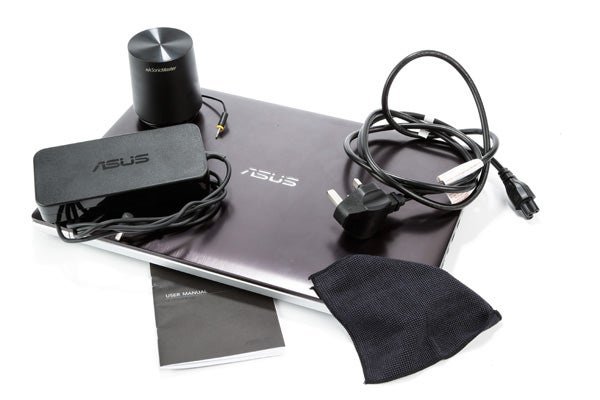 Plugging in the charger for half an hour resulted in 23% of the battery life being restored. This is pretty low compared to others we’ve looked at, but should translate to around 46 minutes of real world usage.

Used as our main laptop for the review period
Tested for at least a week
Used consistent benchmarks for fair comparisons with other laptops
Reviewed using respected industry benchmarks and real world use
Previous
ASUS N550JV Laptop Review Next
Keyboard, Touchpad and Verdict Review