Issues with sparkliness aside, the keyboard on the N550JV is actually very nice to use. It’s backlit for low light conditions, and because of the 15.6-inch base, it has plenty of space between the keys and around the edge, while still managing to fit in a full numberpad and sensibly sized function keys. 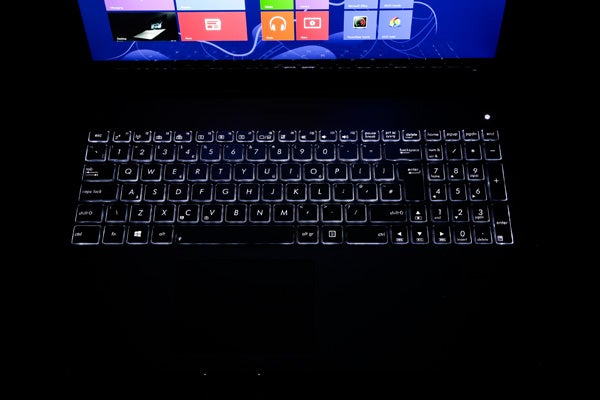 Typing quickly on it comes naturally as you would expect, therefore, and it actually feels nice to the touch too, with just the right amount of resistance from each key and a well padded satisfying sound to fast typing, without the rattling that sometimes comes with cheaper laptop keyboards.

Despite being of a decent size, we often found the touchpad on the N550JV a little more obtrusive than it should be. While the size is big enough that gestures are easy and consistent to pull off (scrolling in particular in a pleasure with the smooth surface and lack of friction), there’s no physical buttons to left and right click. 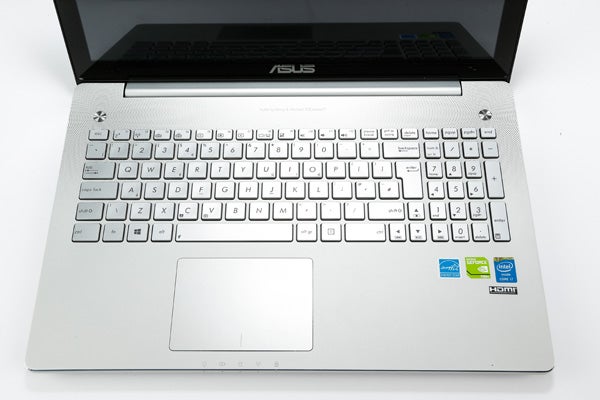 This wouldn’t be a problem in itself, but you actually need to put quite a bit of force onto the touchpad to click it in either side, which really breaks the natural flow of navigation. This is only really a problem when right clicking, as you can just tap lightly anywhere on the touchpad to left click, but it feels a sore point on a laptop that so rarely puts a foot wrong elsewhere.

The audio fidelity fanatics’ favourite Bang & Olufsen provide the speaker output on the N550JV, and it really shows. The channels are distinct and clear, and compliment games and films nicely. It’s a little tinny, like most laptop sound systems, but ASUS has worked around this a little by including a mini subwoofer with a dedicated port on the left hand side. Plugging this in adds real depth to the sound, though obviously it’s not the kind of thing you’re likely to take on the road with you, and is no substitute for a full dedicated sound system. 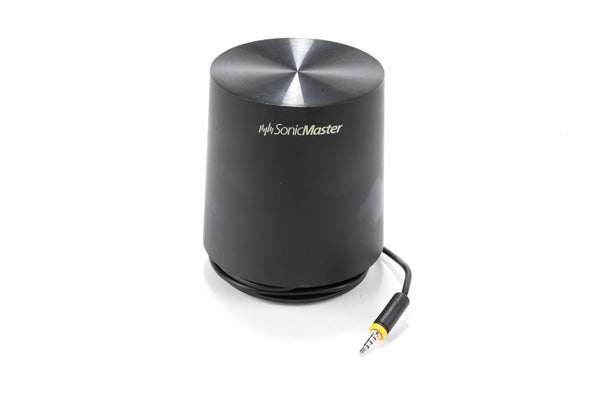 On top of this, it exceeds expectations in another way. In a field where laptops are cutting out their optical media, the N550JV doesn’t just pack in a DVD-RW, but a Blu Ray drive. With the quality of the screen and built in speakers, the N550JV becomes quite a compelling media station, and the Blu Ray drive ensures you don’t have to stream to get high definition content.

The ASUS N550JV is a really nice all round performer. The other two recent high specification desktop replacement laptops we’ve looked at – the Toshiba Satellite P50t-A-10U and HP Envy Touchsmart 15 – have had their own issues to hold back a full recommendation, the N550JV rarely puts a foot wrong, only really struggling with a slightly fussy touchpad.  True, it has half the RAM of the other two, but we always thought 16GB was overkill on those machines, and the performance is pretty similar anyway according to PCMark and Geekbench 3, and in gaming the N550JV steals the show with a better graphics chip and performance not too far removed from the more expensive Alienware 14. It also manages to pack in a Blu Ray drive, which neither of the others do for the same price. It’s an easy recommendation, given each retails for the same amount – though of course there are bargains to be had below RRP.

Despite its slim build, it’s still a bulky and heavy piece of hardware at 15.6-inches and 2.6kg, and the lack of SSD does make it feel a little more sluggish than weaker specification Ultrabooks. On raw power, ultimately it’s stronger, but it’ll take a little longer to spring into action and load things: the difference between a marathon and a sprint.

The ASUS N550JV is a good all round desktop replacement laptop which comes with solid games performance and premium design and build quality.