Monitors are something of a commodity these days. A good example of this is the BenQ G2222HDL we looked at recently, which for around £120 offered most of what a normal user would need without sacrificing too gravely on quality. Given this fact, it’s increasingly hard to justify spending much on a monitor unless: a) it’s a really good quality display (e.g. NEC MultiSync EA231WMi); or b) it looks really cool. The Asus MS236H sits firmly in the latter category. 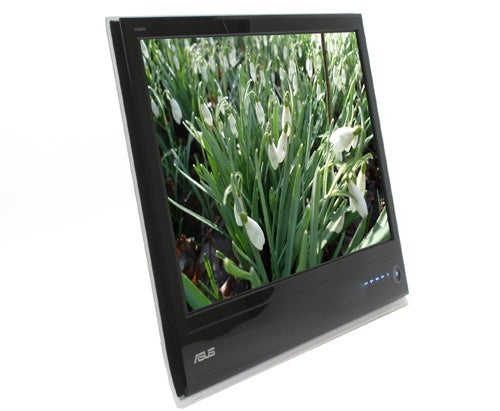 A member of the Designo MS series, the MS236H is sold off the back of its exceedingly slim 16.5mm profile and photo frame-esque design. It’s not the first time we’ve seen such designs – Samsung started the ball rolling with the Samsung SyncMaster D190S LapFit and LG followed suit with the LG Flatron W2230S – but the Asus is probably the most flamboyant attempt yet. It also sports a large 23in, Full HD (1,920 x 1,080 pixel) panel, making it a more serious ‘proper’ monitor than either the Samsung or LG.


Its most eye-catching design feature is the stand, a frosted plastic ring that provides a modicum of tilt ability as well (10 to 20 degrees up). This combines with two small rubber feet to keep the MS236H fairly well planted, though it does lack some of the stability a more traditionally mounted display might have. 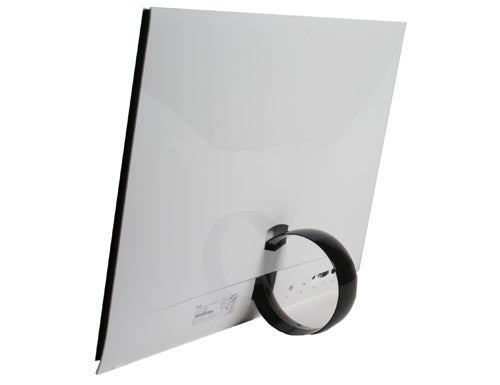 Still, it does the job just fine and the visual affect is very cool. Its slim frame, glossy black bezel and white casing combine to great effect. As a monitor for the living room and other style conscious environments, it scores very highly. This is helped by the lack of any physical buttons embellishing the front panel, which are replaced by touch buttons (backlit in white).


These look very cool when activated, but unfortunately are dreadful to use. We’ve seen touch buttons on numerous monitors, TVs and laptops, but those on the MS236H are by far the worst we’ve ever encountered. Not only are they poorly labelled, which makes learning the navigation system more difficult, but the buttons themselves are far from responsive and more often than not fail to work at all. 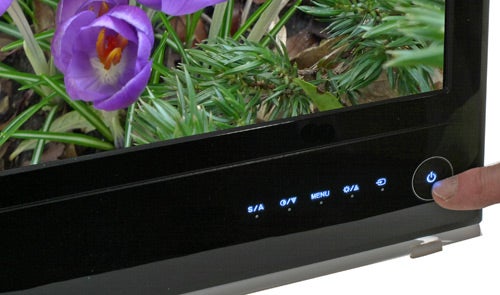 It’s just as well, then, that there aren’t too many settings to fiddle with. Asus offers the usual selection of picture modes, all of which give the monitor an unnatural look that’s best avoided. Aside from this you get the basic brightness, contrast and colour temperature controls found on all monitors, which once you’re happy with can be left alone entirely.

Looking at the rear of the monitor, it’s immediately apparent that there’s no large power input. That’s because the MS236H uses a small external power supply, which is actually quite convenient. Another convenience is the presence of both VGA and HDMI inputs, as well as an audio output for accessing the audio from the HDMI. There are no integrated speakers, though, which given the usual quality of such efforts is no bad thing.

It’s good to see an HDMI since style so often usurps functionality on a monitor such as this. It means you could use MS236H with any number of HDMI-equipped devices, like games consoles, Blu-ray players or media streamers, with little to no hassle. Of course the 1,920 x 1,080 native resolution is ideal for such sources, too.


Similar can’t be said of the actual image quality of the display, though. You wouldn’t realise this from the spec sheet, which talks excitedly of a 50,000:1 dynamic contrast ratio (no native figure is provided), a brightness of 250cd/m2 and a 2ms grey-to-grey response time. But, as we well know, such figures are generally very misleading. Much the same can be said of the 170 degree horizontal viewing angles, which are somewhat optimistic. 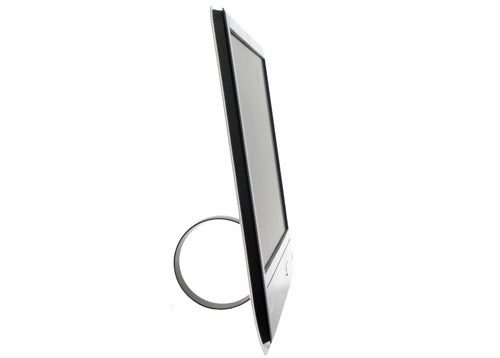 In reality, the MS236H is average: nothing more, nothing less. Its colour production is okay, its viewing angles reasonable enough for most needs and it doesn’t suffer any outstanding motion handling problems, but it stands out in no way whatsoever. Particularly disappointing are both its detail in dark shades and the purity of its black level. Like many cheaper displays based on TN panel technology, it really doesn’t bring the finer details out well and dark scenes tend to look a little too grey.


However, provided your demands and expectations are realistic, the MS236H is still a decent enough monitor when judged against similarly specified models. It’s just that its design inflates its price by several degrees, with it currently retailing in the region of £200 to £230. Given the MS236H doesn’t outperform the BenQ G2222HDL mentioned at the very start of this article, which costs a mere £120, it’s clear you’re paying a hefty premium for the design. Granted, the Asus does have an HDMI port where the BenQ has none, but there are plenty of £150 or so monitors that do have one in addition to DVI and VGA. 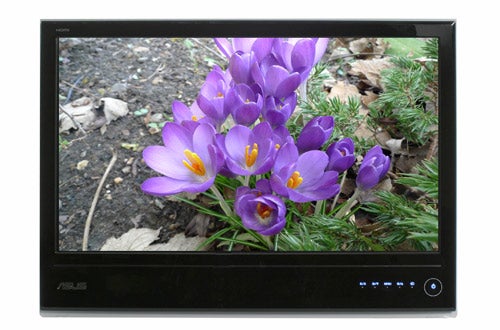 
If you really like the design of the Asus MS236H – and there’s no good reason why you shouldn’t – then it’s an interesting option. On the whole, though, it’s a little too expensive given the features and performance on offer and it suffers from woeful touch controls.