The Asus MeMO Pad 7 ME572C has a 7-inch screen. It has been for the last few years the standard size for budget tablets, but we’re starting to see more manufacturers embrace 8-inch designs. Even Google has diversified with the 8.9-inch Google Nexus 9.

This is the first time we’ve seen a MeMO tablet with a Full HD screen, although Asus also offers an 8-inch model with such a display too, that’s the ME581CL.

For the most part, the Pad 7’s screen is great. As has become the standard for just about all tablets, the Asus MeMO Pad 7 ME572C uses an IPS LCD screen, and that guarantees you fairly decent viewing angles. Angled viewing here, though, is superb.

An IPS screen pretty much ensures you’re not going to get any horrible contrast shift, which is where colours invert and everything on-screen goes shadowy at an angle. IPS does not guarantee you good brightness retention at an angle. 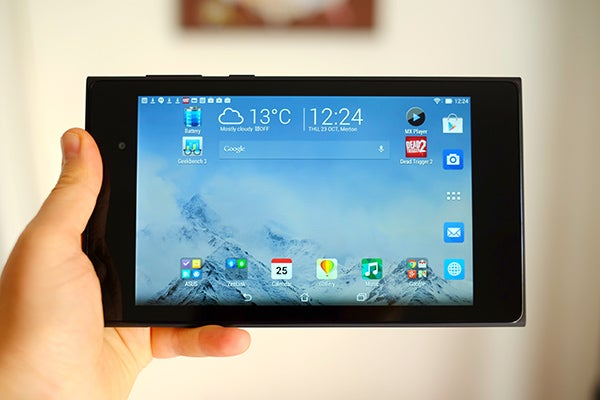 There’s virtually no brightness loss with angled viewing on the Asus MeMO Pad 7 ME572C – a fantastic result in what is still a pretty affordable tablet.

The screen clearly uses a pretty slimline architecture too, as the image also appears to be right on the surface of the screen. If the display’s inner workings aren’t slim enough, the image will appear a bit recessed – most lower-cost tablets are like this.

Contrast is good too, although as with any LCD tablet black levels are not perfect.

As we’ve seen in previous Asus tablets, the Asus MeMO Pad 7 ME572C’s colour reproduction is very good as well. Fresh out of the box settings are solid, but you also get to tweak the colour a bit with the long-standing Asus Splendid app. It lets you fiddle with the colour temperature and saturation levels. We’re pretty happy with what the tablet uses as standard, but if you really must have OLED style overblown shades, you can get them. 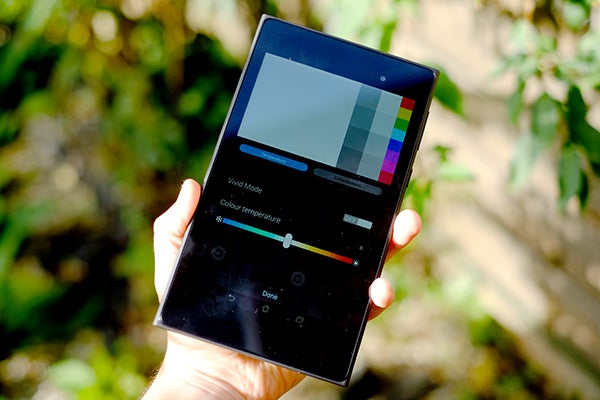 Good colour, good contrast, an immediate image and Nexus 7-matching 1,920 x 1,200 pixel resolution give the Asus MeMO Pad 7 ME572C a very satisfying display. While we didn’t have the Nexus 7 on-hand for direct comparison, we think the Asus is either on-par or better. Pure display quality is superior to the Hudl 2, with greater contrast, more accurate colour temperature and marginally better viewing angles. Of course, sometimes a larger display is better – the Hudl 2 has an 8.3-inch screen.

So far, the Asus MeMO Pad 7 ME572C display sounds top-notch, but there is an issue with our review sample. There’s quite noticeable backlight bleed at one edge of the screen, which becomes noticeable when viewing dark images with the screen brightness is turned up above 50 per cent. You’re very unlikely to notice it during normal use, though, and this is unlikely to affect all of these tablets – it’s a manufacturing issue that will likely vary a fair bit between instances. 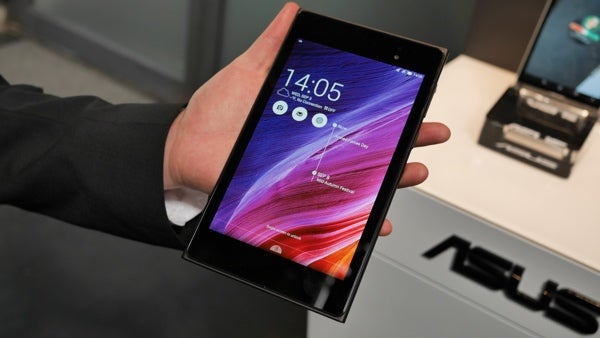 Finishing things off, the Asus MeMO Pad 7 ME572C is topped with Gorilla Glass 3, which provides a nice, smooth surface and a good amount of scratch protection. It’s common in cheaper tablets these days, but a good feature to make sure you get if you’re buying budget.