The Asus MeMO Pad 7 ME572C is pretty thin compared to the other MeMO-series tablets, but that doesn’t hold back battery life, which is very impressive. In our usual video loop test, where we charge the battery to 100 per cent and leave the thing playing a 720p MP4 video file on mid-level brightness until it does, it lasted for a very solid 11 hours.

That’s better than what you might expect from the Nexus 7 – finally we’re seeing some quantifiable improvements.

The Asus MeMO Pad 7 ME572C uses a 3950mAh battery, which is actually exactly the same as the Nexus 7, suggesting the stamina improvements are down to the efficiency of the Intel Atom Z3560 rather than something Asus has done. Asus’s software tweaks may have a part to play too, though. 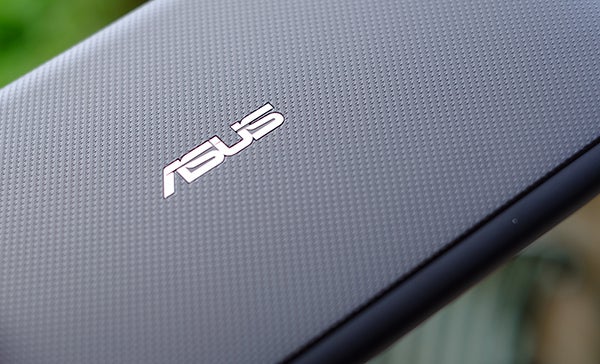 Asus has not made any sweeping changes to the camera hardware it uses in the Nexus 7 either, by the looks of things. Like the Nexus, the Asus MeMO Pad 7 ME572C uses a 5-megapixel rear sensor, while the front one offers 2-megapixel resolution. 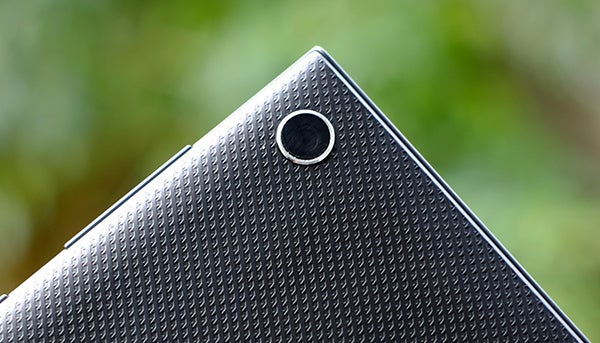 There’s autofocus for the main camera, one of the initial building blocks of a decent setup, and face detection, but image quality is not special. If you have a decent phone, it’ll outclass the results from the Asus MeMO Pad 7 ME572C. It’s also a shame that the standard 16:9 preview image is especially rough-looking – switch to 5-megapixel 4:3 shooting and what’s on-screen pre-shoot looks much better. A software tweak could likely have improved this.

Asus has put in the same jazzy software we saw in phones like the Asus Zenfone 5, though. This offers far more modes than you normally get in a tablet camera. As well as standards light HDR, Panorama and Night mode, there are several more unusual picks.

The Asus MeMO Pad 7 ME572C offers one that takes a selfie when it detects a certain number of pre-selected faces in the shot. There’s also a shallow depth of field effect, tilt shift, beauty mode, animated GIF creator and several burst modes.

As we can’t imagine too many budding photographers wanting to lean to heavily on a tablet for their needs, we’ll put these as things for the kids to play with. However, number of tourists we see in London using tablet cameras suggest we may be wrong. 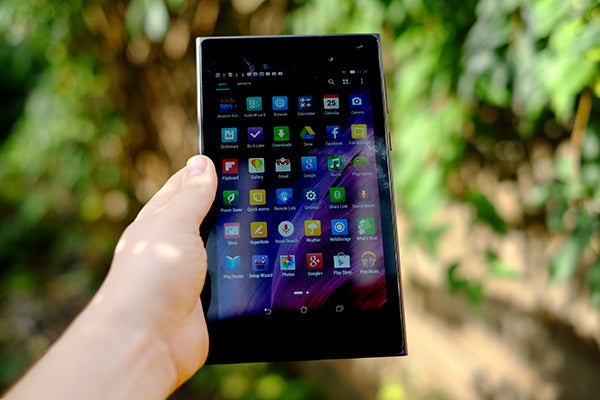 We’ve been looking at the Wi-Fi only version of the ME572. However, Asus also makes a 3G/4G  edition. If you’re on the hunt for that, look for the ME573CX. It doesn’t seem to be widely available in the UK, though.

Both types have GPS, though, making them more handy for holidays and general navigation.

There remain a few missing bits, though. There’s no IR transmitter, which lets a tablet masquerade as a once-popular, still extant universal remote control. Wi-Fi ac is also missing – you only get up-to n support here.

These little extra features are ways Asus could have separated the ME572C from the Nexus more clearly. Missed opportunities – although granted they’d backfire if they caused the price to rise by as much as £5. 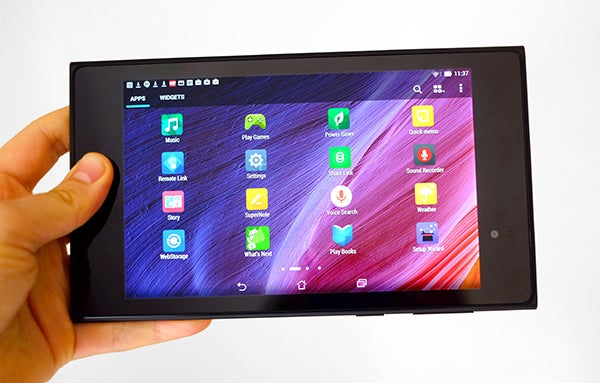 Just as the Nexus 7 is old but still good, the Asus MeMO Pad 7 ME572C seems late, but still solid. It’s a 7-inch tablet when 8-inch models are suddenly becoming popular, and doesn’t reach anywhere near the budget pricing of something like the Tesco Hudl 2.

This is quite a conservative tablet in most respect, disappointingly so in some. However, it supplies the goods in all the key fields while pitching itself at a sensible – if not quite outright impressive – price. Screen quality is very good, battery life is commendable and while we take issue with some of the approaches to software taken here, performance is strong.

If what you’re after is a Nexus 7 with expandable memory, you can do a whole lot worse than the Asus MeMO Pad 7 ME572C. But there are larger-screen options at the same price these days that can offer more.

This is the tablet we were longing for back in late 2013. All this time later, the Asus MeMO Pad 7 ME572C isn’t the value king it could have been, but ticks the display, performance and battery life boxes in style.