The Asus MeMO Pad 7 ME572C is the highest-end tablet in the MeMO line, which has to date been home to real entry-level tablets. This one costs you £180, and gets you similar specs to the Nexus 7.

Now that tablets like the Tesco Hudl 2 are here to take the shine of its value score, we do wish the Asus MeMO Pad 7 ME572C was a little bit cheaper to make it stand out more. There’s masses of competition among budget tablets these days.

However, solid performance and a great Full HD screen make the Asus MeMO Pad 7 ME572C if you don’t like the excessive branding of the Hudl 2 or the lack of expandable memory in the Nexus 7. 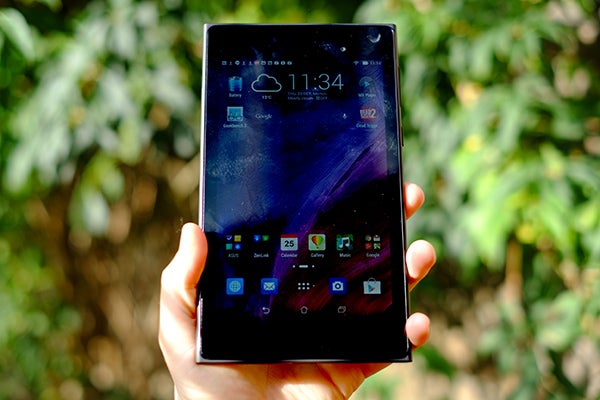 Asus clearly wants to separate the MeMO Pad 7 ME572C from the cheaper MeMO-series tablets. The chunky curvy design of those bargain tabs has been replaced with a much slimmer body and a sharper look.

While the sides are curved so they don’t feel to severe in-hand, the corners are sharp – a look quite unlike most other budget 7-inch tablets. It’s 8.3mm thick, making it ever-so-slightly thinner than the Nexus 7, and at 269g it’s a bit lighter too.

That’d all be impressive if the Nexus 7 wasn’t all-but ancient history at this point. While it’s still a ‘current’ model, the 7-inch Nexus is well over a year old. 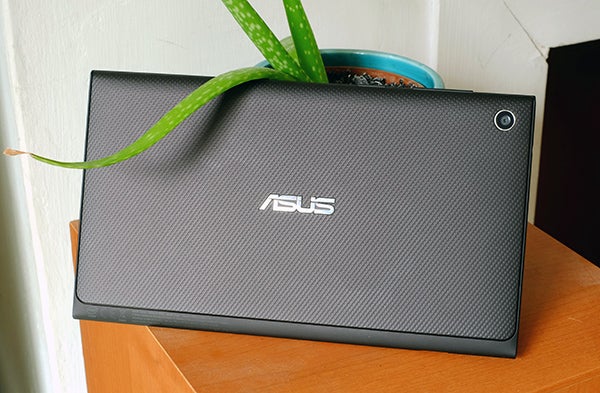 Thinner and lighter isn’t really what we were after in the MeMO Pad 7 ME572C, though. Dimensions-wise the only thing we’d like to tweak here is the height of the tablet. There’s a good expanse above and below the screen, especially above it. While we agree with keeping a bit of space on which thumbs can rest, there’s more than we need here. It exacerbates an issue with widescreen tablets: they can feel a bit… long.

We expect there’s quite so much blank blackness here because Asus needs the space to fit in all the MeMO Pad 7 ME572C’s components. But given it’s the same height as the Nexus 7, we’d hope to see some progress by now. For those who don’t know yet, Asus also makes the Nexus 7. There’s a mild whiff of water-treading here. 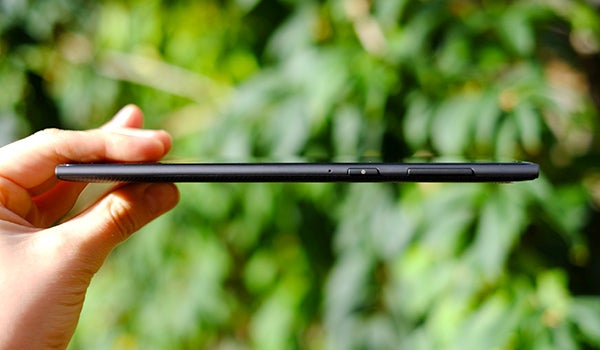 The finish is a bit contentious too. The MeMO Pad 7 ME572C’s back panel has an embossed texture for extra grip, but it’s otherwise plain, hard plastic. There’s not a hint of soft-touch feel to the back. It’s the only element of the design that comes across as a bit cheap.

It’s clearly a conscious design choice too, as the non-textured rounded edges are soft-touch. You’ll get used to it, but we felt a wave of disappointment on first holding the MeMO Pad 7 ME572C, after hearing about how much of a step up this represents for the MeMO series.

The Nexus 7 has a marginally nicer feel, but the MeMO Pad 7 ME572C has its own share of benefits. Perhaps the most important is the microSD slot on the left edge. You get 16GB of storage as standard, and having a memory card to call on too makes this a much better portable media player than the Nexus 7. 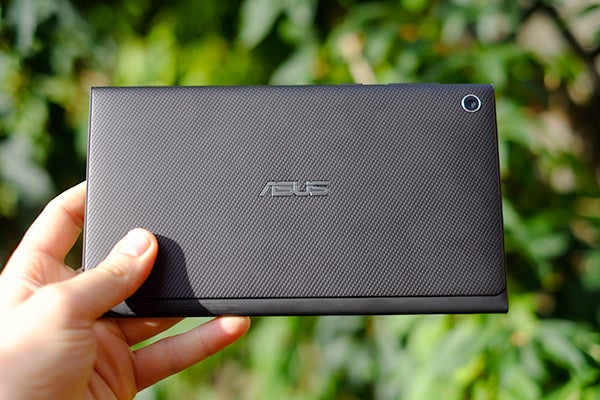 The MeMO Pad 7 ME572C also offers proper stereo speakers, but they’re not a total smash. Sitting on the sides of the tablet when held in landscape, they offer a great stereo image. In the right conditions they offer a much more expansive soundstage and you get with most rear speakers.

We say ‘the right conditions’ because they’re far too easy to block with your hands, especially when playing landscape-aspect games. The outlets sit slap-bang in the middle of each side and are only about an inch across. Your hands naturally fall over them: it’s a real design fail.

The Tesco Hudl 2 speaker design is much better – they sit on the back but are placed above where your hands rest. 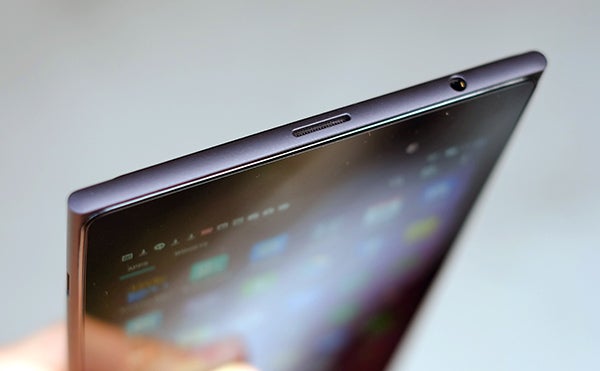 Sound quality of the Asus MeMO Pad 7 ME572C is fair, but not great. There’s a good amount of top-end detail, but it’s also slightly top-heavy. While there’s a bit more mid-range than truly tinny speakers, they fail to bring the extra power we listen for in a tablet speaker. Still, we’d class them as above average if it wasn’t for the glaring practical issue of placement.