By default, the Asus Maximus VIII Hero’s UEFI interface is set to its “EZ” mode, which hides most of the complicated settings that you’ll need to overclock this motherboard.

Instead, it gives a quick overview of the system and lets you choose the boot device, setup the Q-fan control and switch between power saving, normal and overclocked modes. Outside of that you’ll have to jump into the Advanced mode, which is home to just about every setting you could hope for. 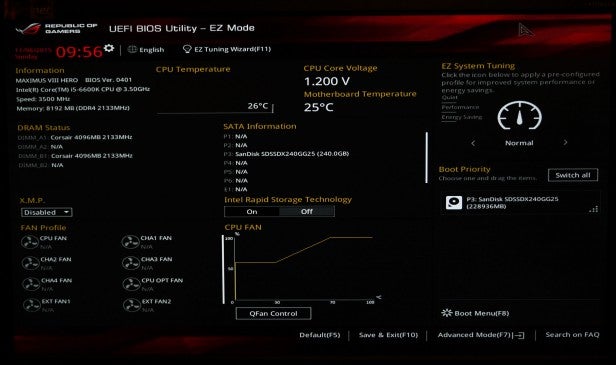 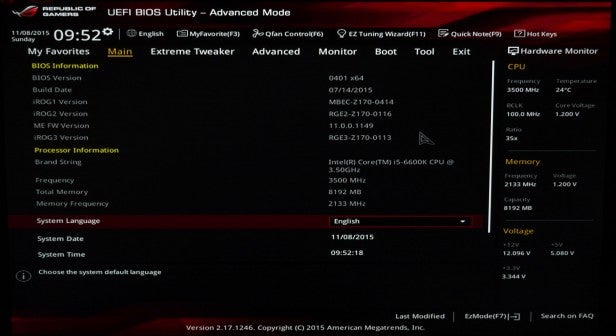 On the whole, the UEFI is easy to figure out – although it isn’t entirely flawless in its layout. For example, the EZ interface was missing some of the settings I’d have thought useful for novices yet included more esoteric items such as Intel Rapid Storage.

The overall look and feel is also rather too reminiscent of an old, cluttered BIOS rather than a modern, mouse-friendly UI; there’s an over-reliance on text over icons. In this regard, MSI has done a far better job of embracing the potential of UEFI.

As for software, Asus provides a host of programs to take full advantage of everything the VIII Hero has to offer – and most of them work pretty well. 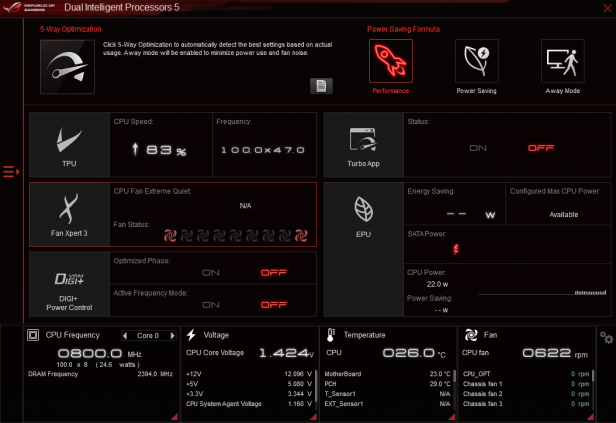 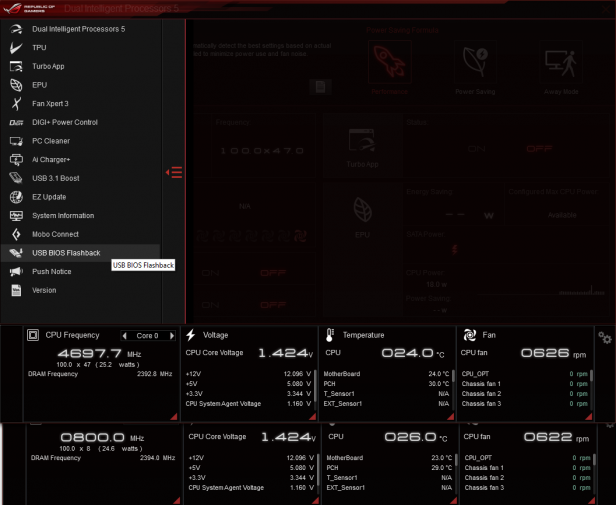 The main utility is the AI Suite, which brings together the TPU and EPU tools as well as links to the rest of the Asus utilities. There’s a fan control, BIOS flashing utility, software update tool, and much more.

Using the EZtuner software, which works in conjunction with the TPU, I was impressed at how good an overclock this board achieved all by itself. It hit an average of 4.6GHz, with a multiplier of either 45 or 46 for each core; a base clock of 100MHz; and voltage of 1.378. Given that 4.6GHz is a decent overclock for a 6600K, with some struggling to even hit that mark, this is pretty impressive for what Asus no doubt considers a safe overclock.

Reverting to manual overclocking I was quickly able to hit 4.7GHz, although struggled to get much further. As such, were I using this board long-term, I’d almost be inclined to just fire up EZtuner and let it do its thing.

When it comes to performance, I’ve had to use a different set of components to test this motherboard compared to previous Z170 motherboards, and so some results aren’t directly comparable. Specifically, the need to swap from a GTX 980 Ti to an R9 290X means graphics scores and overall system power consumption are affected. 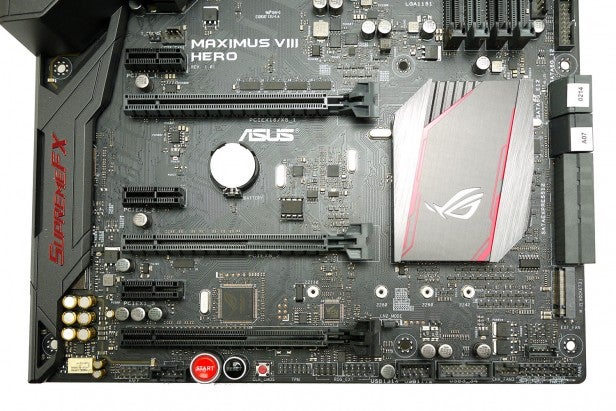 However, the crucial numbers are comparable – those being overall CPU performance at default and overclocked speeds, and the actual overclocked CPU speed.

To that end, this board managed to score 653cb in the Cinebench multi-core test at its default speed, which compares to 659cb for the Asus Z170-A and Gigabyte Z170X-Gaming 7. During that test the whole system consumed 106W, while under a full gaming load it chewed through 335W. While idling it used 45W.

At our maximum overclock of 4.7GHz those figures rose to 49W idle, 152W during Cinebench and 355W during the graphics test. However, showing just how little affect motherboard-based (i.e. CPU) overclocking can have on gaming, I recorded exactly the same gaming scores at this higher clock speed (113.7fps in Battlefield 4 and 10,086 points in 3DMark: Fire Strike).

However, where you do benefit is in CPU performance: the Cinebench score jumped from 653cb to 754cb – that’s a solid 15% increase. With it generally being ever more difficult to get a decent, worthwhile overclock from a CPU these days, a 15% boost isn’t to be sniffed at. 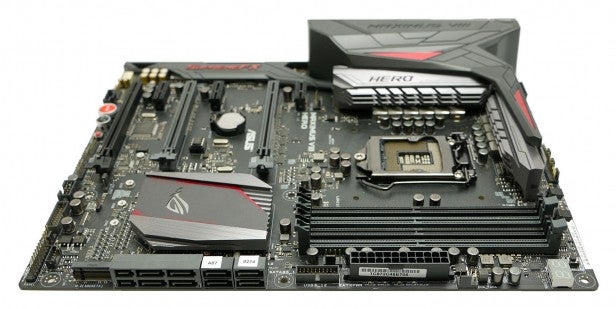 Should I buy the Asus Maximus VIII Hero?

The Asus Maximus VIII Hero is at the upper end of the Z170 motherboard price scale. However, for the sake of £50 or so, it’s a good investment over more entry-level models. It looks great, overclocks well and has a good balance of quality features.

Whether it’s the onboard power and reset switches, the excellent fan-control system or the step-up onboard audio – just about everything that’s included is useful and very capable, with nary a gimmick in sight.

There are boards out there that pack in even more features and eek out even greater performance – there’s a reason the Asus Maximus VIII Extreme costs more than £300 – and it is possible to get close to the same feature set for less money. However, no other board seems to offer the perfect balance of the Asus Maximus VIII Hero.

The Asus Maximus VIII Hero may not offer the best bang for buck, or have a standout feature that makes it a must-have. However, what it does have is a superb balance of features and performance, wrapped up in a design that looks and functions brilliantly.