There are three models of this X38 chipset motherboard. The basic Maximus Formula has all of the usual X38 features including dual PCIe 2.0 graphics slots, support for the latest Penryn Core 2 CPUs and an extensive cooling system that links the chipset and power regulation hardware. This model supports DDR2 memory. 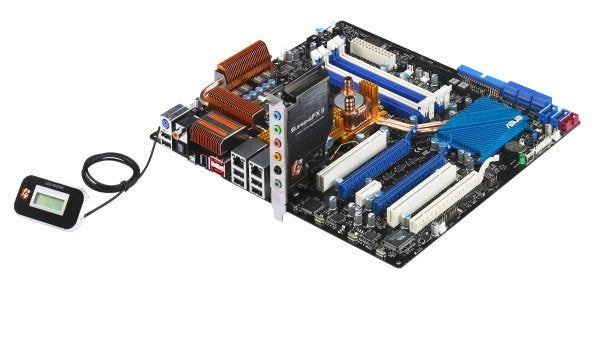 The second model is a variant called Maximus Formula SE (Special Edition), which adds a Fusion cooling block on the Northbridge so you can hook the chipset into your water cooling system without changing any hardware. The SE costs the same as the regular Maximus and is, to borrow a phrase, available while stocks last.


The third and final variant is the Maximus Extreme which is the motherboard that we’re reviewing here. Extreme takes the Maximus concept to a new level by adding a third PCI Express graphics slot that’s controlled by a Crosslinx chip positioned next to the Southbridge. If you install a pair of graphics cards in the two main PCIe slots then each card gets 16 lanes of PCIe 2.0 in the usual X38 chipset style. Crosslinx works its magic when you install a third graphics card as the main slot gets 16 lanes while the other two slots get eight lanes of PCIe each.


We have to sound a note of caution here. X38 supports PCIe 2.0, or Gen 2 as it is known. The Crosslink chip is Gen 1 so we have to wonder what will happen when you plug in two or three or ATI’s forthcoming Radeon R680 cards, which will support PCIe 2.0 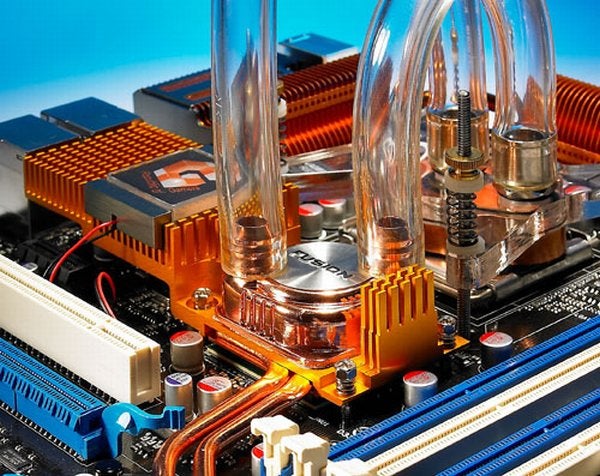 Asus has modified its chipset cooling package to accommodate the Crosslinx chip so the Southbridge cooler on the Maximus is much larger than the regular Maximus cooler. However, it is very low profile and won’t interfere with any graphics card that you may have installed. A few components have been moved around to accommodate the new cooler so the Firewire and USB 2.0 headers are in the corner of the board next to the six laid-down SATA II connectors. The illuminated Power and Reset micro buttons that have previously lived at the foot of the motherboard are now positioned between the IDE connector and memory slots. These changes means you have to play hide and seek to spot the handful of new features that have been added to the Extreme as they are quite small details.


If you hit problems with your PC, the Maximus range includes a handy gizmo called the LCD Poster. This is a small LCD display that connects to a header on the board with wires that feed out through the I/O panel so you can sit the Poster on your desk or on top of the PC. During POST it displays messages that show you how the process is going and if you hit problems you should be able to pinpoint where the fault lies within moments. 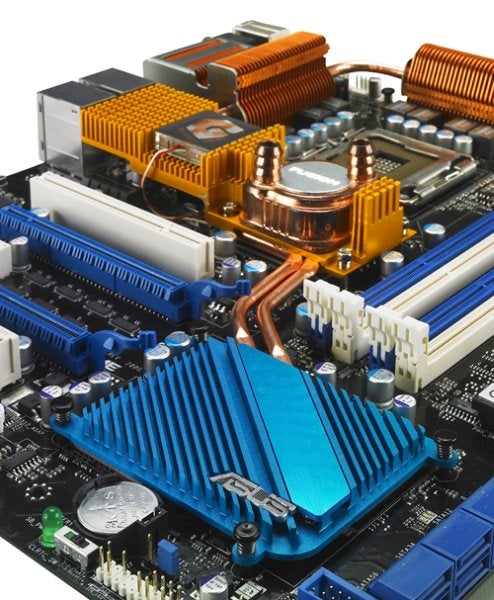 The other tweaks are cosmetic and add an illuminated Republic of Gamers logo to the Northbridge cooler as well as three sets of LEDS that announce to the world whether your CPU is running on Normal, High or Crazy settings. We’ll come to that in a moment.


Taken together the various Extreme features are all very nice but the big question is whether you need three graphics slots on a gaming motherboard? For that matter do you even need two graphics slots? The obvious answer is that a single graphics card is perfectly adequate for most, provided you run a GeForce 8800 or Radeon HD 2900. However, if you’ve seen how Crysis performs on a single card, you might well feel the need to gang up two ATI cards in CrossFire. Triple graphics cards are a completely different matter as ATI Catalyst drivers don’t support a third card, either for pure graphics or for physics, and we’re not aware of any games that currently benefit from a third card.


Just to make sure we plugged in two HD 2900 XT cards in CrossFire and then added a Radeon X1950 GT to see what happened. The Catalyst Control Centre recognised the third card and showed a desktop that potentially spanned six screens (two monitors per graphics card) but 3DMark06 showed lower performance with three graphics cards than it did with two. 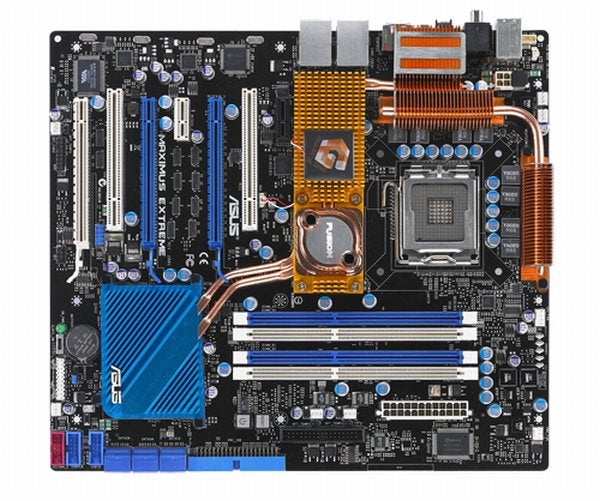 Let’s assume that triple CrossFire will be added in the coming months in which case the graphics cards will take up most of the space that’s available for expansion cards, giving you the choice of using the Asus audio riser card in the top-most PCIe x1 slot or you could use the single available PCI slot for an X-Fi. There’s another option as you might want to use the third PCIe slot for a RAID 5 or RAID 6 controller card along with CrossFire graphics but that would be a very exotic choice.


Provided you use the supplied bracket that carries one Firewire and two USB ports then you’ll find that the Maximus Extreme offers all of the ports and connectors that you’ll need.

We started testing the Maximus with a dual-core E6750 so we could run the OCZ PC3-1600 that we reviewed here at full speed on an X38 chipset. And very nice it was too.


Then we plugged in a Core 2 Extreme QX6850 and CPU performance dropped through the floor so we updated to the latest Beta BIOS version 0403 and performance was restored.


However, we noticed that a few options had changed. With the original BIOS version 0301 the list of memory speeds included 1600 and 1800 and a third option labelled *1,800*, which is meant to optimise the CPU and memory speeds. Instead it caused the system to restart which is just what we found when we tried to use a pre-programmed BIOS profile for the QX6850 with the Maximus Formula SE.

The new BIOS changed the memory speed options so the fastest regular speed was 1,333MHz followed by 1,600MHz and 1,800MHz. However, these speeds are only available when you use the standard front-side bus speed. This seems perverse as any Core 2 processor will overclock a treat and will respond to a faster front-side bus, while more memory speed adds relatively little extra performance.


Of course, this may change again in future BIOS updates but for the time being we forgot about the automatic overclocking profiles and the associated pleasures of the Crazy system and its LEDs. Instead, we cranked up the front-side bus from 333MHz to 380MHz to give a clock speed of 3.42GHz. Our QX6850 would hit 400MHz for a speed of 3.60GHz but was unstable in CrossFire, which would rather seem to miss the point with this motherboard. The memory options limited the speed to 1,521MHz but even so the performance was excellent.


You pay plenty for the Maximus Extreme, but that’s true of any X38 motherboard. We’re not convinced about the merits of three graphics slots but neither can we see any harm in the set-up that Asus has chosen and the cooling system and Fusion block are simply superb.