Setup of the Asus Lyra is via a mobile app, as is always the case with most of these mesh router systems. Crucially, though, where some of these apps can feel a bit too restrictive and hand-holding – plus they often require you to sign up to an account – the Lyra app is simple, powerful and requires no signup.

Instead, it offers clear and simple instructions on how to set up each node and get your new Wi-Fi system up and running. It does suffer from a few more lost-in-translation moments than you’d hope for from such an established brand, but even with the odd bit of broken English it’s still easy to work out what you need to do. 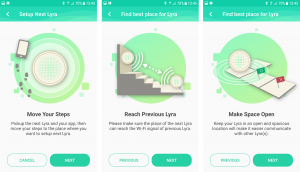 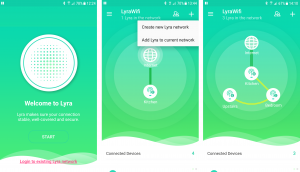 Once set up, the app offers a fairly basic but adequate set of options. You can rename the network SSID, add other nodes, create a guest network and set up different levels of access for different devices  – ideal for restricting internet access for children’s tablets and laptops, for example.

The Asus Lyra has one of most powerful Wi-Fi hardware spec sheets of any whole-home Wi-Fi system, rivalled only by the Linksys Velop. As such, I expected big things from it. Unfortunately, I was left a touch underwhelmed.

I started by testing the peak speed of an individual node, placing a laptop a couple of metres away from it and testing its Wi-Fi throughput. Here, the Lyra held up reasonably well. With a maximum speed of 430.4Mbps, it’s within touching distance of most competitors. 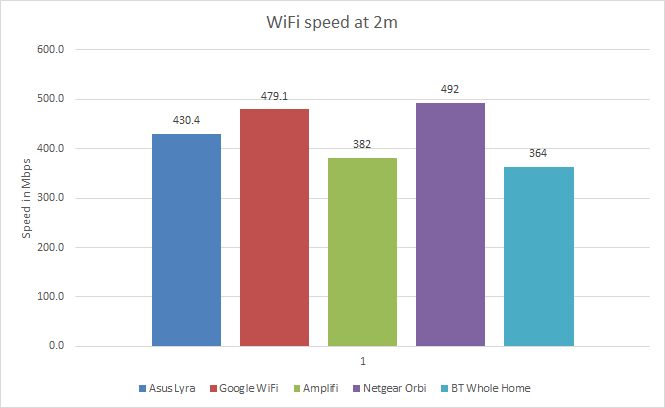 However, as I moved further away, the Lyra dropped back considerably. Setting up one node of the Lyra system on the ground floor of a three-storey house, I tested throughput from three locations: one on the middle floor (test 1) and two on the top floor (test 2 and test 3).

Here, the Lyra did manage to beat the likes of the Google WiFi and BT Whole Home – but it trailed far behind the Netgear Orbi and Linksys Velop. 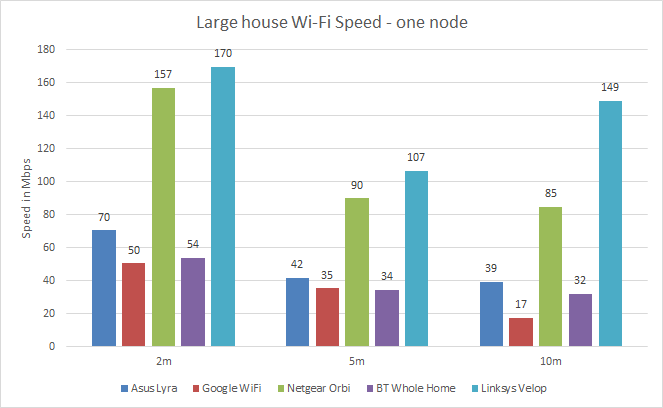 Adding a second Lyra node on the middle floor, the Lyra system saw a nice increase in speed in all the tests, jumping up from 39Mbps with one node to 188Mbps with two nodes in the third test location. It also continued to outpace most other mesh systems. However, the Netgear Orbi and Linksys Velop still maintained a comfortable lead. 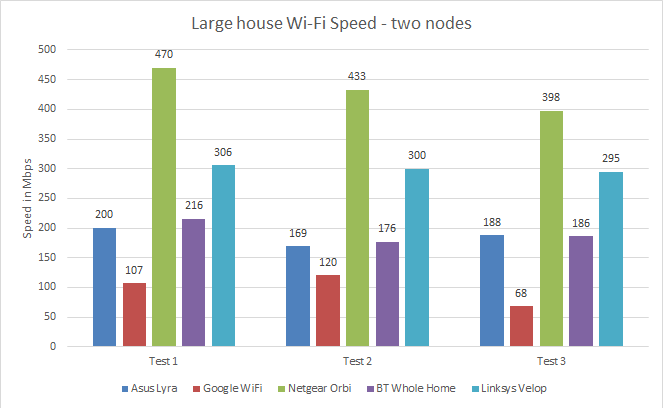 Finally, adding in the third node on the top floor, speeds didn’t increase any further – often the case when such mesh systems are daisy-chained together in this manner – but neither did they drop significantly. In contrast, the Linksys Velop dropped to about the same speed as the Lyra once the third node had been added. 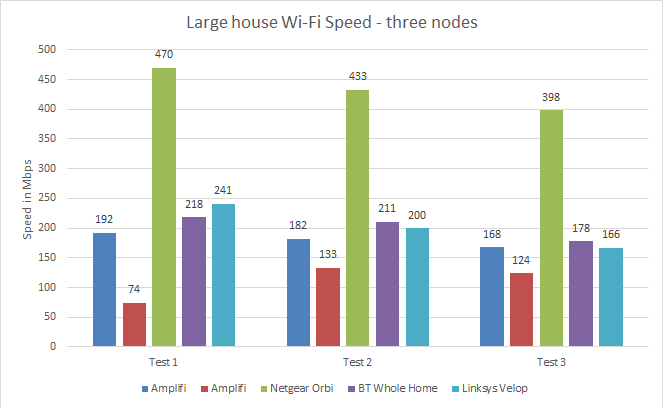 This goes to prove that these systems are best set up where the first node that’s acting as the router is placed as centrally as possible. This isn’t always possible, though.

Moreover, for the sort of three-storey home as used in our tests, two nodes are sufficient anyway. Instead, three-node systems are more suited to wider, more spread-out homes – or, if you want to place the third node towards the back of the house (for better coverage in the conservatory or garden) or in a garage.

Why buy the Asus Lyra?

The Asus Lyra is a powerful, versatile and competitively priced whole-home Wi-Fi system. If you have a large house and want a reliable, easy-to-setup and speedy Wi-Fi network, it will get the job done, – and for a much lower price than its most direct rival, the Linksys Velop (when bought with three nodes).

It can’t quite offer the speed of the Velop, however, and it’s a shame it lacks wired backhaul. Otherwise, its high price is largely justified, since it beats most other mesh network systems for speed and features. If anything, it’s a shame Asus doesn’t offer the Lyra in a two-node pack, as this would really highlight the value of it compared to something like Google WiFi.

As ever with mesh network systems, if you’re upgrading from a high-end conventional router then you’ll be disappointed by the lack of features such as USB sharing – but you can always use the Lyra with an existing router instead.

Considering its hardware specs, the Asus Lyra isn’t quite as fast as you might hope. However, it remains a reasonably fast, feature-rich and competitively priced mesh router system.