The G751JL makes some big claims about the quality of its keyboard and, following a couple of intense gaming sessions, we have no issues with this Scrabble-tile unit. The keys are large and well spaced, and there’s only a little flex in the base – certainly not enough to cause any problems.

There’s more travel than on virtually any other Scrabble-tile keyboard we’ve used, and that depth is matched by excellent consistency and speed. For gaming and typing, these are crucial attributes.

We’re also fans of the keyboard’s layout. It has a number pad, and also a full-size Return key and an extended space bar. In addition, it has those macro, Steam and recording keys we’ve already mentioned, which add a unique touch. 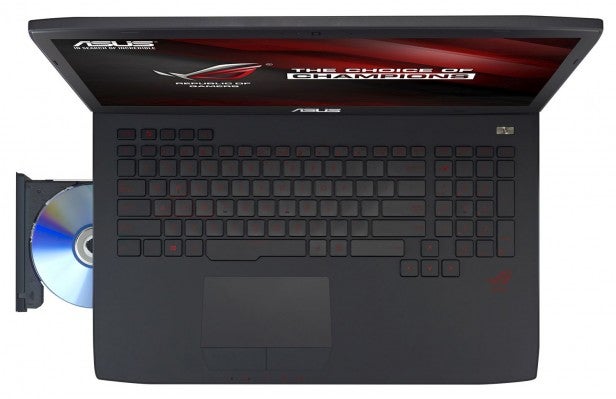 If there’s any area in which the G751JL falls down, it’s in the more flashier aspects. The backlight doesn’t change colour, and the font on each key just doesn’t look as cool as the typefaces used on the MSI and Alienware laptops.

The trackpad is wide and accurate, and its slick surface makes gliding around an effortless experience. The two buttons are decent, with a clicking action that almost matches the speed of dedicated gaming mice, although they do feel a tad flimsy. We’d always prefer to plug in a USB rodent.

We’ve no major quibbles with the G751JL’s specification, except that there are in fact two versions with the same name. The base-level option (the T7003H) costs only £950, but it lacks an SSD and has 8GB of RAM – a potentially great option if you can source a cheap SSD yourself from somewhere.

The T7028H version seem a bit expensive as a result, at around £1,200. It’s also a bit unbalanced with its mid-range GPU and high-end processor.

As such we’d choose either the T7003H model or jump up to the G751JT: it comes with a Core i7-4710HQ, an Nvidia GeForce GTX 970M graphics core and costs around £50 more than the model we’ve reviewed here. For that you’ll get much better gaming performance and a minimal drop in general application performance.

While the ROG Gaming Center is included with this model, it proves underwhelming. It has options for gaming profiles and macro recording, but elsewhere, its storage and memory monitor tools are basic. 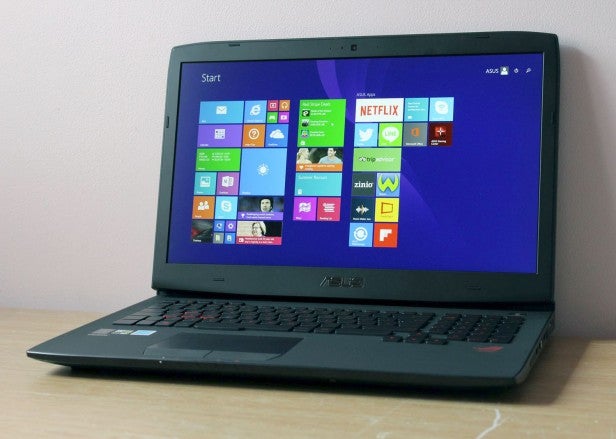 The G751JL is a traditional gaming laptop, which means it’s a big, lumbering beast: heavier and thicker than 15.6in rivals, and with a design that sits somewhere between classy and gaudy.

Its top-notch build quality and generous proportions allow it to house ample ports and offer impressive thermal performance – and it breaks from tradition at the checkout with a price akin to more modest-looking machines.

That competitive price has enabled Asus to focus on the important components. The processor and graphics core are both capable, the screen is excellent, and the keyboard is more practical than both rival offerings.

The Asus may be bulkier than the competition, but there’s no denying its excellence in several important areas. That makes it a key contender in the competitive world of gaming notebooks.

Want some new games for your brand-new laptop? Check out our round-up of 2015’s greatest games – or explore our verdict on the best headphones you can buy right now.

A traditional gaming portable that’s bigger and heavier than its rivals, the GL751JL uses its size to excel in several areas. It offers a competitive specification, a good screen and an excellent keyboard at a price that’s reasonable for this category of machine. It’s an impressive heavyweight contender.