The lower price of this machine means it’s not able to match the MSI or Gigabyte systems for gaming performance. Instead of toting a GTX 870M core or a rapid-fire SLI arrangement, the Asus relies on a mid-range Nvidia GeForce GTX 850M chipset that’s got fewer than half as many stream processors as its rivals. One saving grace is a bit of overclocking: Asus has tweaked the core clock from 936MHz to 991MHz.

The Asus system can’t play some of our test games at their highest graphics levels. In Bioshock Infinite the G550JK averaged a playable 30fps, but in Battlefield 4 and Crysis 3 those scores slipped to 19fps and 18fps. 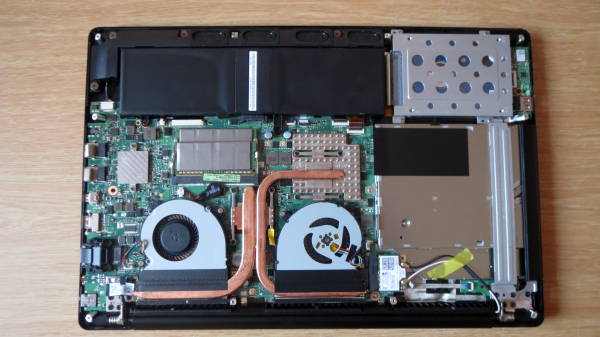 We only hit playable framerates by toning down the settings. Battlefield 4’s average of 28fps at High settings is almost playable, but we had to dial back to Medium to hit a smooth 51fps. In Crysis 3, we also had to use Medium settings – but here the average only improved to 32fps.

It’s a world apart from the MSI and Gigabyte systems, both of which handled our test titles with no compromises on quality.

Theoretical tests highlight the performance gulf. In 3D Mark’s Ice Storm test the G550JK’s score of 100,482 was 9,000 points behind the MSI and 30,000 points short of the Gigabyte, and the Asus then scored 2,863 in the high-end Fire Strike benchmark – half as much as its rivals.

The Asus has a 2.4GHz Core i7-4700HQ processor. It’s similar hardware to the chips inside the G550JK’s rivals, and the Asus scored an excellent 12,312 points in Geekbench. That result lies between the slower MSI and faster Gigabyte, and it indicates that this system has enough power to handle all kinds of demanding software. A generous 16GB of RAM helps the processor along.

There’s no room in this machine’s budget for an SSD. The 1TB hard disk has ample space for games, and its sequential read and write speeds of 141MB/s and 128MB/s are good for platter-based hardware – but they can’t match SSDs. Both of the G550JK’s rivals have SSDs in RAID arrangements, and both are faster. The Asus’ boot time of 27s didn’t impress, either; SSD-based machines load twice as fast. 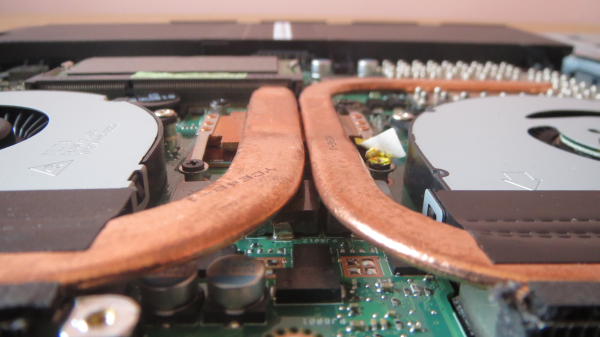 The Asus trades blows with the competition when it comes to slim, light design, and the more modest components inside this system helped it perform well in thermal tests too.

The processor and graphics card idled at around 40°C, and the chips rose to peak temperatures of 89°C and 86°C. Those figures are high, but both rival systems recorded higher levels in some tests – and the Asus improved on the competition by staying cool on the outside. We’d use this machine on our laps without fear of burns.

The G550JK kept the noise down. While there’s a low rumble when this machine runs intensive games, it’s not as loud as the noise churned out by the MSI and Gigabyte notebooks. 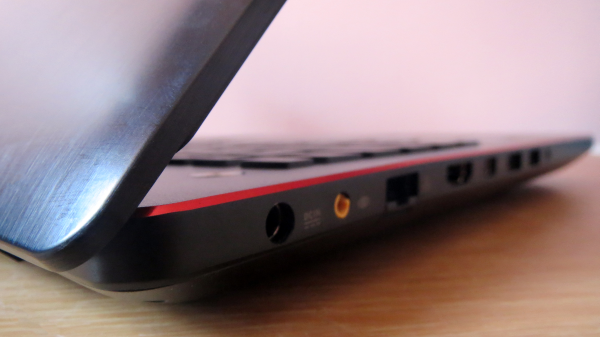 There’s only room for a four-cell battery in this system, and that means poor battery life. In our standard test, the Asus lasted for just over three hours – only a few minutes more than the MSI managed, and around half an hour more than the Gigabyte.

That inauspicious result was followed up by an hour-long lifespan in our high-end gaming test, which makes full use of the graphics card and runs the screen at 100% brightness. That’s the same lifespan as the MSI, and a little less than the Gigabyte. You’ll need to plug in.

Don’t expect much gaming after a thirty-minute emergency charge, either. The Asus recovered an impressive 38% of its battery, but that’s only good for just over an hour of basic use.

Used as our main laptop for the review period
Tested for at least a week
Used consistent benchmarks for fair comparisons with other laptops
Reviewed using respected industry benchmarks and real world use
Previous
Asus G550JK Review Next
Keyboard, Touchpad and Verdict Review