Asus takes on the Chromebook with a new-age netbook

Here is proof that old ideas never die. The EeePC netbook sparked the live young, die fast netbook craze and Asus has returned for another go. It’s just not called a netbook anymore, or an EeePC for that matter.

Instead we have the EeeBook X205, an 11.6-inch laptop that will retail for a paltry €199 (no UK price yet). That’s the same price as the new MeMO Pad 7 and this thing runs full Windows 8.1. Clearly this is a move against Google’s cheap Chromebooks, but is it any good? 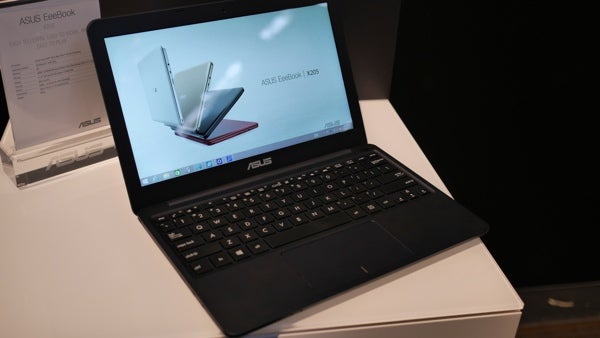 It’s too early to answer that question outright, but the signs are promising. It’s not just incredibly cheap, the EeeBook X205 is incredibly light, too. Just 980g. Add to that a claimed 12 hours of web browsing from the 38Wh battery and you have a tempting mixture.

Did I mention this is a fanless laptop? It is. That’s because it uses Intel’s new-ish Bay Trail Atom processors, a quad-core Z335F clocked at 1.33GHz backed by 2GB RAM. I didn’t have the time or tools to discern its performance, but recent Atoms have acquitted themselves ok. 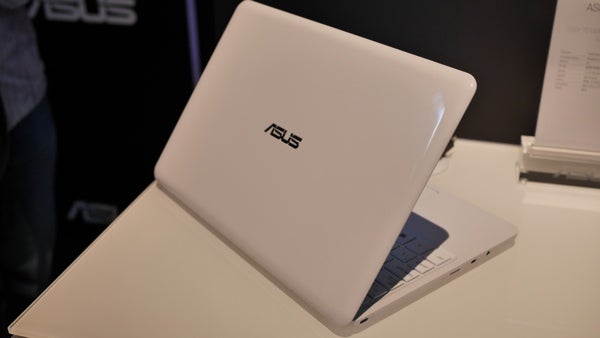 More troubling is the storage situation. 32GB is plenty on a tablet, but it’s poky for a laptop running Windows. It takes a large chunk out of that and won’t give it back without a fight. Asus’ answer is a generous online storage offer and microSD expansion, but it’s a small worry all the same.

But don’t forget this laptop is cheap as anything and compromises are necessary. That includes the screen. Its 11.6-inch frame contains 1,366 x 768 pixels. It’s not touchscreen (no great loss) but it does have a non-glare finish. It looks like a cheap laptop screen, but the non-glare finish gets a big tick from me. 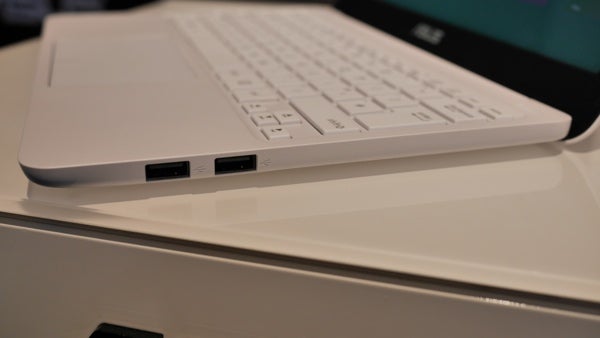 It looks cheap and plastic, but not horrendously so. The slim, fanless design makes up for the lack of creative touches and the simple, squared-off edges look smart.

Connectivity is basic, but enough. There are just two USB2.0 ports, mini-HDMI out, an audio jack and the microSD slot. This is fine, though why the two USB ports are so close together is beyond me. One thick flash drive will block the other. There’s so much space so why not spread them out? 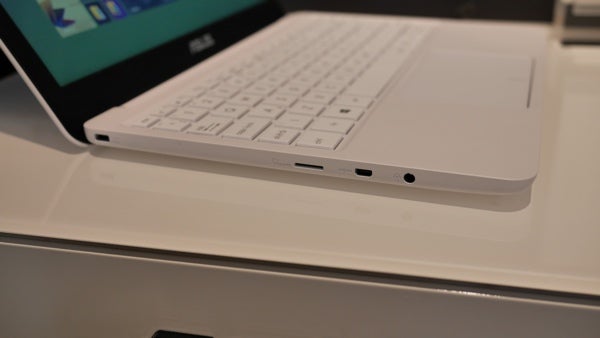 Still, this is all trivial detail. Also trivial is the rather limited VGA resolution webcam. This is also a good example of what you miss out on compared to a tablet. Asus’ similar price new tablet has a 2-megapixel front-facing camera and another 5-megapixel on the back. 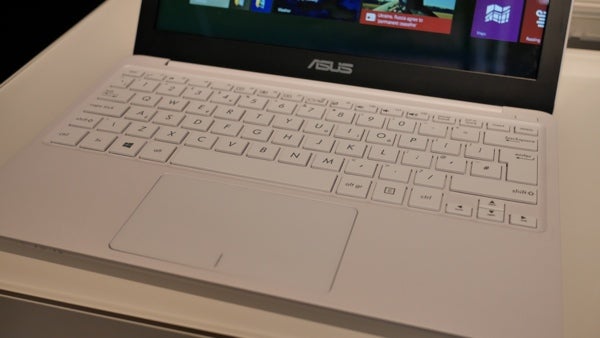 Finally, arguably two of the most important features: the keyboard and touchpad. The touchpad seems fine, so I won’t dwell much on that.

The keyboard is solid enough, too, but the key travel is a tad shallow. Cramped keys are an unavoidable symptom of the small screen as well. This is why I’d welcome a 13-inch version to add some choice, though this 11.6-inch would make a brilliant first PC for kids. 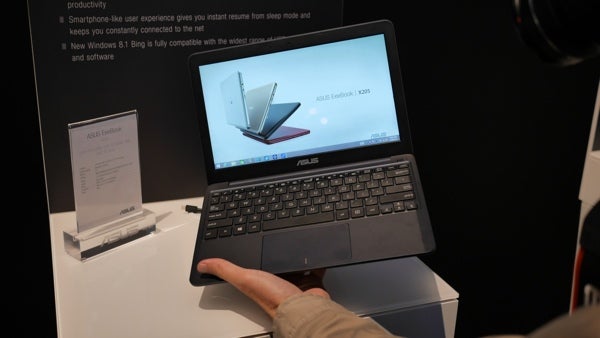 It’s easy to pick holes in cheap laptops. You have to take from one place to improve another and it shows. But Asus seems to have the balance right in the EeeBook X205. The only question is whether it has the performance to run Windows comfortably and thus stave off the Chromebooks.

Next, read everything you need to know about Windows 9