The netbook has now come full circle. From a tentative, innovative product released by Asus back in 2007 with the original Eee PC 4G 701, the netbook went from strength to strength, finally evolving into elegant and award-winning budget ultraportables like the Toshiba NB550D. However, now netbook popularity is on the wane again. This is due in part to convertible tablets like the Asus Transformer Pad 300 offering better screens and longer battery life in a thinner, lighter chassis, and partly due to the sharp drop in price of more premium 13in laptops, of which older models can now be easily found for under £400.

With more and more companies not refreshing their netbook lines anymore, the company that started it all is one of the last bastions of the humble netbook. Today we’re looking at one of Asus’ latest models, the X101CH, to find out if the netbook is worth keeping alive. 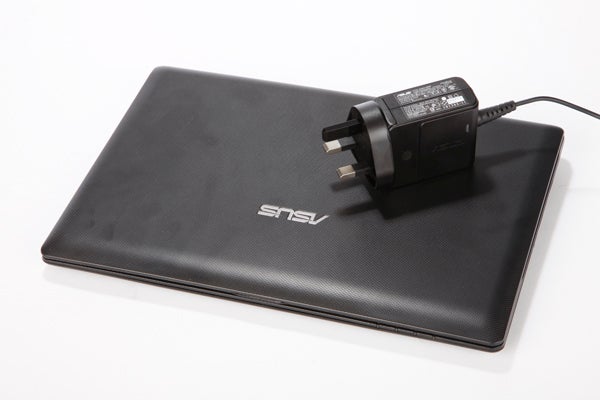 The X101CH suffers from many of the classic limitations we’ve come to associate with a netbook. Advanced connectivity like USB 3.0 is not available, the 10in screen sports a sub-par 1,024 x 600 resolution, and at its heart remains an underperforming Atom processor backed by a mere 1GB of RAM with Windows 7 Starter running the show. 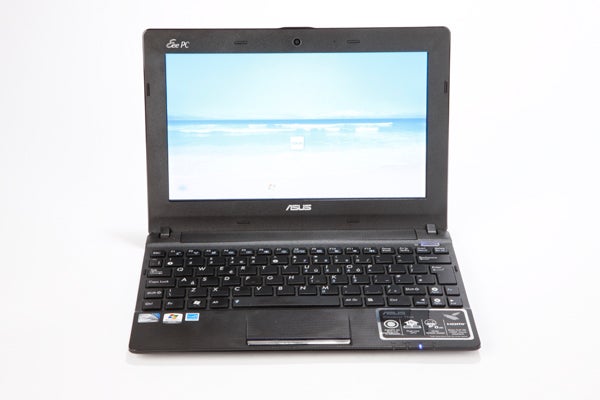 On the other hand, the X101CH is thin, light and attractive, adds HDMI thanks to its newer chipset (where most older netbooks only offered analogue video out through VGA), brings a fanless design to the table that means this ultraportable runs almost noise-free, and it also offers ‘instant-on’ wake-up from standby – despite using a slow hard drive rather than hybrid SSD/HDD storage. 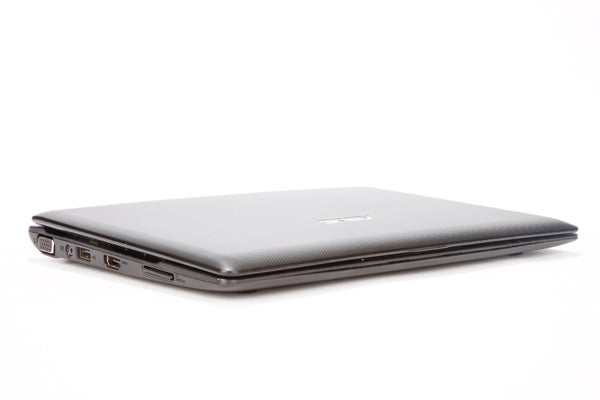 At least where its design is concerned, Asus has everything pretty much spot-on too. You can’t expect the most premium materials or build quality at a price of around £210, but the X101CH is nonetheless solidly built. Its matt textured finish is also relatively rugged and provides a good grip. It’s available in black, white or red/black. 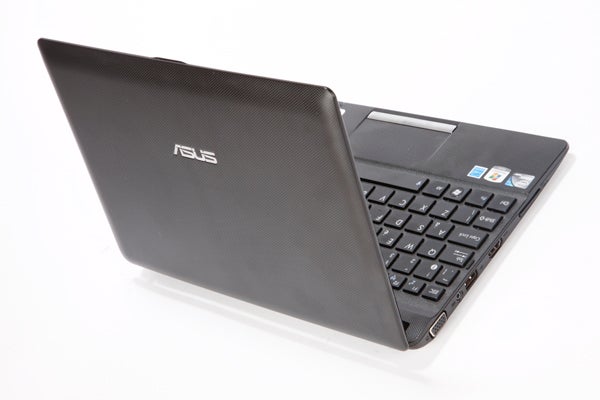 Thin and light are also on the menu, as the X101CH maintains a profile of just 22mm and weighs exactly 1KG (1.001kg in our measurement). That’s both thinner and lighter than most rivals, which is more important than ever in a market where specs, connectivity and screen type/quality are necessarily restricted. The one-piece power adapter is also worth mention, as it’s compact and quite attractive with a handy blue LED.

Connectivity on the Asus Eee PC X101CH is an improvement over most previous-generation netbooks. On the left we have the tiny power jack, USB 2.0 port, VGA and HDMI for video, and an SDXC memory card reader. The front houses a set of indicator LEDs which are visible with the laptop closed. 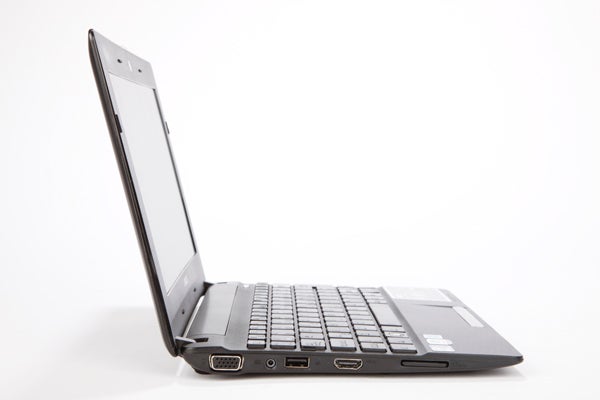 On the right you’ll find a 3.5mm combined headphone/microphone jack, second USB 2.0 port, and the Gigabit Ethernet port. As we’re seeing on ever more ultraportables these days, like the Samsung Series 5 530U4B, to fit the Ethernet port into a chassis this slim it has flip-down bottom section. Wireless is handled by Wi-Fi N and Bluetooth 3.0. 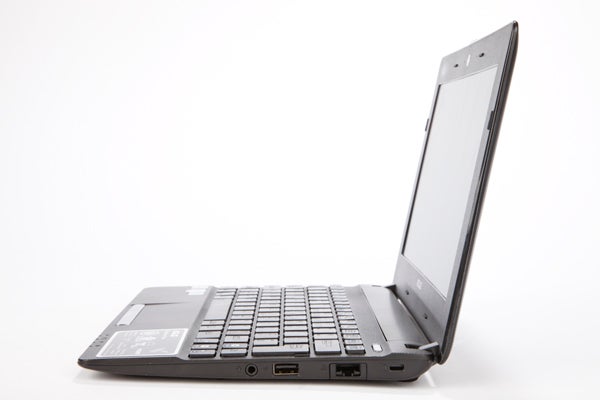 Usability is pretty decent. Asus hasn’t significantly changed its netbook keyboards in quite some time, and while the X101CH is generally comfortable to type on with reasonably crisp keys, there are a few niggles. Primarily, the shift keys are on the small side, so it’s too easy to press cursor-up rather than right-shift.

The touchpad sports the same textured surface as the netbook’s lid and keyboard surround, and despite its small size is very responsive. Its buttons are incorporated into a single chromed rocker bar, but with a tiny dead zone this is not an issue. 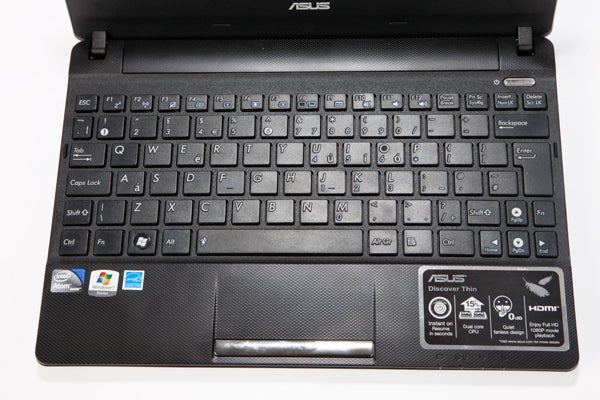 This Eee PC’s 10.1in screen is pretty average netbook fare, though we’re happy to see that Asus has gone for a matt finish. The resolution is our main sticking point, as it’s the classic 1,024 x 600 we love to hate. It’s surprising just how less usable this is than the laptop standard of 1,366 x 768, meaning you’ll need to scroll a lot more on everything from web pages to documents. 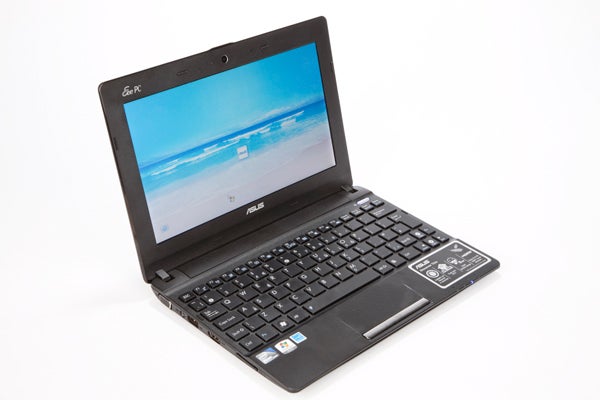 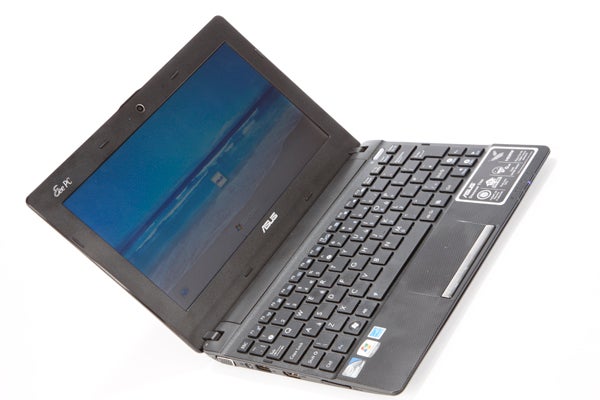 On the other hand, as these cheap and cheerful displays go, the X101CH’s is actually one of the better examples. Backlighting is nice and even, while horizontal viewing angles are decent – though vertically they’re as poor as ever, so make sure to position the screen at the right incline. Black levels are also slightly above average, with only the darkest two shades being indistinguishable. In other words, it’s adequate for movies and entertainment. 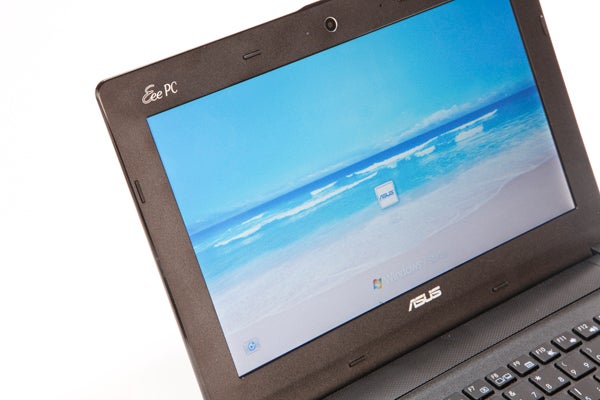 Audio is even better, as the mono speaker provides a decent amount of clarity and depth despite its inevitably tinny bass. It’s not a patch on the Toshiba NB550D’s efforts, but nonetheles headphones are not required.

Thanks to its new ‘Cedar Trail’ 32nm Atom N2600 processor, Asus was able to go for a fanless design on its X101CH. Running at 1.6GHz, this dual-core CPU is the latest iteration of Intel’s low power family. However, in practice there doesn’t appear to be much of a performance jump over current generation Atoms, which is a little disappointing. 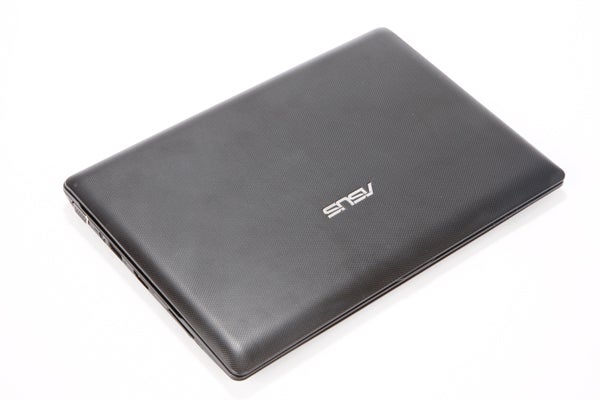 Mind you, the power envelope for the chip’s mediocre performance has gone down, which is what has allowed Asus to use passive cooling – a genuine improvement over previous and competing netbooks. Another significant advantage is that Asus’ software-based ‘instant-on’ does actually work, resuming from standby far faster than we’re used to from laptops with non-SSD storage. It’s just a shame to find a laptop in 2012 that still has trouble running anything more intensive than a few spreadsheets and a browser, though the mere 1GB of RAM supporting Windows 7 Starter is also to blame for this. 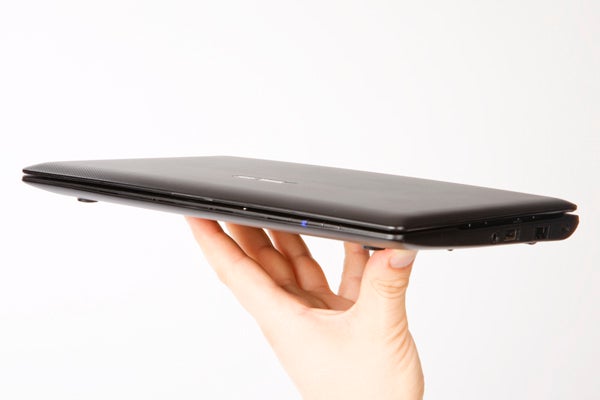 The one area where welcome improvements to Atom have been made is in HD video playback, thanks to Full HD hardware decoding. With a compatible media player, high-bitrate 1080p is no longer a problem for Atom, resolving one of our most significant bugbears with the architecture. However, 3D gaming is still not on the cards, with frame rates in the single digits for any demanding game even at low detail levels.

Naturally, the Eee PC X101CH runs very quietly, with the only noise factor being the click and hum of its slow, moving-parts hard drive. Unfortunately, this 5,200rpm, 320GB HDD – or any of the other of the X101CH’s internals – aren’t user replaceable (without voiding the warranty), as the chassis is completely sealed. 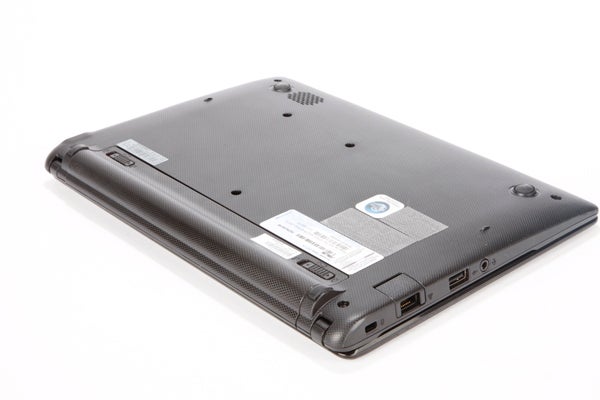 Thankfully, the battery is user replaceable. Considering it’s so small and thin, it’s no surprise to find a low-capacity 2,200mAh/23Wh/three-cell unit, and even with the X101CH’s low power internals it only just managed to reach four hours. However, this does seem to be the norm for recent netbooks, with six hours being the maximum as thinness and style are prioritised.

Value is the X101CH’s most redeeming feature. At a mere £210, it’s one of the most affordable small laptops around, and you won’t find anything much more powerful for this kind of money. Asus’ latest Eee PC may be a bit more expensive than other netbooks which start at around £170, but its attractive and thin design, relatively good connectivity, larger hard drive, virtually silent running and ‘instant on’ make it well worth the small premium.

Verdict
Netbooks are arguably on the way out, but as one of the last of a dying breed, the Asus Eee PC X101CH makes for a nice finale. Performance from its new Intel ‘Pine Trail’ Atom processor isn’t a huge improvement and you’re still restricted to light workloads, but the ability to finally play Full HD video smoothly makes this netbook a far more attractive proposition than many. Throw in the X101CH’s sleek good looks, quick wake from resume, decent connectivity and virtually silent running, and we can just about forgive its average battery life and low-resolution screen.