We’re not sure what to say about netbooks anymore. Just the very mention of one makes our brains turn numb, so we’ll be honest with you – we weren’t exactly filled with excitement when we took delivery of Asus’ latest offering, the Eee PC 1101HA. 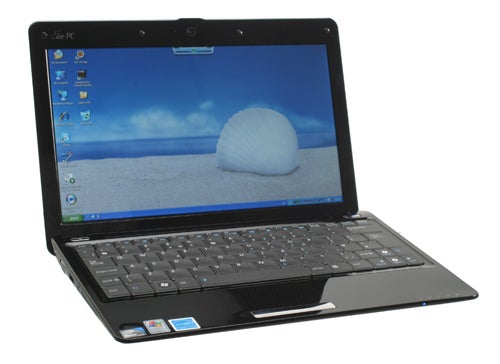 In all fairness to the Eee PC 1101HA, though, it does generate a few talking points due to its 11.6in display. This appears to be the next frontier for netbooks, bringing with it a far more usable 1,366 x 768 resolution. That’s the same resolution found on many 13.4, 15.6 and 16in laptops, so if you’ve ever bemoaned the restrictiveness of a 10in netbook, the 1101HA could be for you.


However, before you start leaping for joy at the sheer genius of it all, there are compromises to be made. If the 1.6GHz Intel Atom processors were pushing the boundaries of acceptable performance, the 1.33GHz Intel Atom Z520 in the 1101HA laughs in your face and shouts “I can go slower”. 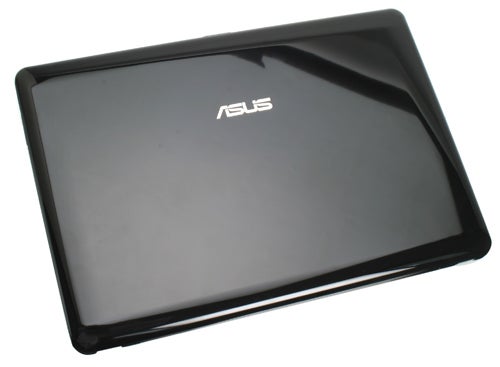 In our experience the Z520 is noticeably slower than the N270 or N280 Atom CPUs. It struggles more perceptibly with online flash video, especially BBC iPlayer in full screen or in ‘high quality’ mode. It’s also slightly less responsive when switching between different applications, which can become irritating over a prolonged period of time.


This CPU is paired with the Intel GMA 500 graphics chipset, which is mooted to support acceleration of 1080p VC-1, AVC HD (h.264) and MPEG-2 video. This is obviously a pretty neat feature, but not an easily accessible one – you must be using the correct driver and install Windows Vista or Windows 7 to get it working properly. As such the 1101HA, which like most netbooks comes with Windows XP pre-installed, isn’t best placed to take advantage! Moreover, given the sluggishness of the processor, installing either Vista or Windows 7 isn’t necessarily a great idea. 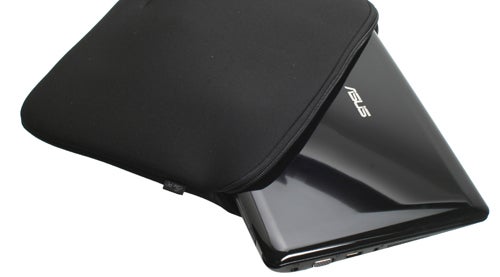 Outside of the processor and chipset, everything else about the 1101HA’s specification is entirely by the book. As such you get a 160GB hard drive, 1GB of RAM, Draft-N Wi-Fi and Bluetooth. Included in the box is Asus’ customary slip-case, which is always a nice touch, while the power supply is the same small unit supplied with the 1008HA.

As some of you may have noticed the 1101HA is another Asus netbook that sports the ‘seashell’ design first seen in the 1008HA. This is an attractive design, if a little on the glossy side, but unlike the 1008HA the ports on the 1101HA are exposed. You also get a normal VGA output, not the mini version with an adapter.

As for the connectivity itself, the 1101HA holds no surprises. On the left there’s the power input, the VGA out, a USB port and the lock slot. Then, on the right, there’s an SD card reader, the audio jacks, two more USB ports and the Ethernet port.


Continuing the similarities with the 1008HA, the touchpad and keyboard are transferred more or less unchanged. This is no bad thing; the multi-touch touchpad in particular is very nice to use, but the keyboard has seen one minor change. Whereas the 1008HA had half-height cursor keys to incorporate a larger right-Shift key, the 1101HA does away with this. We’re not sure why as we’d sooner have a large Shift key, but overall the keyboard remains a good one.

Having complained about the performance of the processor it does, however, use less power than the faster Atom processors, which of course prolongs the 1101HA’s battery life. Backed by the removable 4,400mAh battery the 1101HA managed over eight hours of video playback – none too shabby by any measure. This makes it among the longest lasting netbooks around, though the 11.6in frame means it isn’t necessarily the most portable.


This leaves us in a bit of quandary with the 1101HA. While it’s definitely on the sluggish side, in every other respect it’s pretty hard to fault. It’s got a great high-resolution display, battery life is right up there with the best and ergonomically it’s great to use. 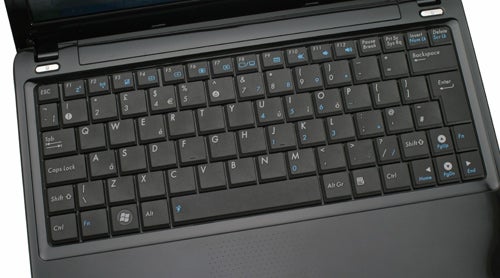 However, one factor we’ve ignored up until now is price. And, with an MSRP of £379, it’s no trivial matter. We dare say it’ll come down in price in time, but the 1101HA won’t be cheap. Those who reckon the high resolution display is the answer to their prayers may decide this is acceptable, but given the so-so performance on offer it’s a big chunk of cash. Moreover, Intel has recently slackened its rules on netbooks, so we’ll soon see more 10in netbooks with higher resolution displays and faster N-series processors.


Anyone who’s been yearning for a high resolution netbook will find the Eee PC 1101HA a tempting proposition. However, it is let down by its sub-par processor and its relatively high price. There’s still plenty to enjoy here, but we’d wait a little longer to see what else comes along. 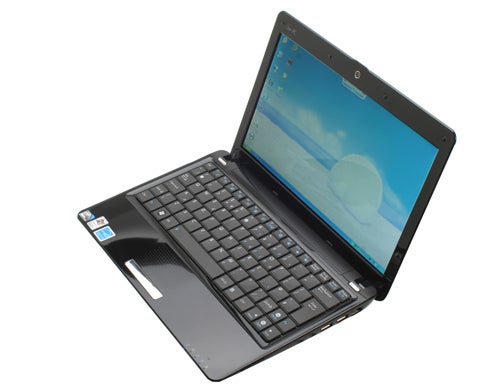 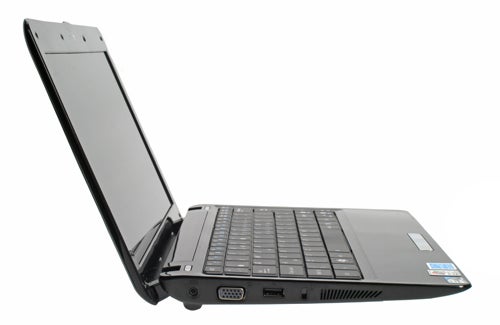