Ever since the original netbook, the Asus Eee PC 701, debuted way back in 2007, netbooks have been flying off shelves at a rate of knots. Despite this success, however, the only notable hardware innovation has been nVidia’s scarcely utilised ION chipset. Intel has finally done something about this in releasing its new netbook chipset, codenamed Pine Trail, and the Asus Eee PC 1005PE is one of first netbooks to utilise it.


We’ll get into the finer details of Pine Trail later, but first let’s take a closer look at the chassis. Anyone familiar with the Asus Eee PC 1008HA, the first ‘Seashell’ themed Eee PC, will recognise the similarities in the 1005PE and it’s a design we really like. Despite there being so much choice these days, on looks alone the clean lines of the 1005PE put it close to the top – even if the removable battery means it lacks the slimness of the 1008HA.


At 1.3kg, the 1005PE is a couple of hundred grams heavier as well, but that’s about what you’d expect from a 10in netbook with a six-cell battery. Being thicker also negates the need for flaps covering the ports, which is arguably more convenient anyway. 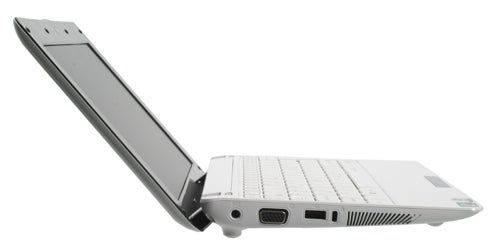 Even with all these changes, however, the 1005PE still retains the same look and feel, including the glossy, high-maintenance finish. This probably works best on the white version we have, where its black bezel contrasts dramatically with the white body. It doesn’t reveal fingerprints and grease as readily as the black version might, either.


A chiclet keyboard and the seamlessly integrated touchpad complete the classy look, which is further enhanced by matching faux-chrome buttons for power, the instant-on Express Gate OS and the touchpad. Build Quality is also very strong, with little sign of creak or flex, though for better or worse it does lack the toy-like ruggedness of the original Eee PC.

It’s just a shame connectivity remains so basic. We wouldn’t call an HDMI output a must-have on a netbook, but it is a ‘nice to have’ and is totally absent on the 1005PE. As such you’re still stuck with good old analogue VGA here, which is joined by three USB ports, a memory card reader, headphone and microphone jacks and an Ethernet port – i.e. the same connections as on the original Eee PC!

While connectivity is still identical to the original Eee PC, ergonomically modern netbooks are far superior and this is largely true of the 1005PE. Its chiclet keyboard has an excellent layout, while the keys sport a pleasant matte surface, are well spaced and exhibit decent travel. Unfortunately some noticeable flex combines with a distracting rattle to mar the experience. It’s still perfectly useable, but it could be better.


Thankfully the wide multi-touch touchpad gives little reason for compliant. It is differentiated from its surroundings only by a textured surface of tiny bumps, which works well despite offering an odd tactile experience. It’s as sensitive as you could wish and multi-touch works well, though the touchpad is a tad small for gestures like ‘rotate’. The pad’s buttons, integrated into a single chromed rocker switch below it, are both well-defined and easy to press.

As for the 10.1in display, it’s the usual 1,024 x 600 resolution affair, but it bucks recent trends in sticking with a non-reflective matte finish. Its colour fidelity and richness is nothing to shout about and viewing angles are merely adequate, but text is very sharp and it’s bright enough to be used in well-lit environments.


Special mention must also be made of the stereo speakers, an area in which Eee PCs have always been strong. Obviously they’re rather lacking in bass, but nonetheless even the most intense soundtracks are produced with a clarity and finesse few netbooks can match. As a colleague across the office remarked, they sound a sight better than the ones on his 13in laptop.

All of which is promising, but it’s time to talk about the 1005PE’s main selling point: Intel’s new Pine Trail architecture. We won’t bore you with the full story here, but the basics are that the NM10 chipset moves the memory controller and integrated graphics onto the CPU die, resulting in cheaper manufacturing costs, less complex designs requiring less space, and significantly lower power usage than the already-frugal original Atom.


Don’t come expecting a massive performance increase, though. Intel’s Atom N450 CPU is still a single-core chip and has the same 1.66GHz clock speed of its predecessor, the N280. However, aided by Windows 7’s more robust support for GPU video acceleration, we finally have an Atom platform that can natively handle 720p video – hurrah! 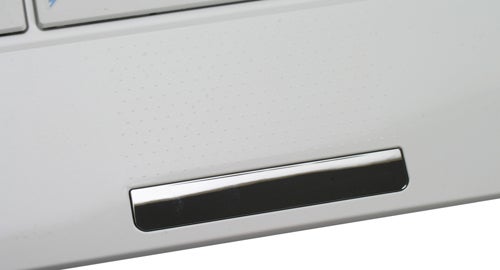 No matter what 720p material we threw at it, the Seashell 1005PE played it back okay. CPU usage is admittedly high (in the 70 to 100% range), so you can’t have anything running in the background, but it does work. Of course HD flash video still runs like dodgy stop-frame animation and Full HD video is out of question too, but 720p playback is better than none by any stretch.

Other hardware specs are fairly ordinary, with just 1GB of RAM on-hand to support the CPU. You do get a reasonable 250GB hard drive, however, which can be supplemented by a generous 500GB online storage vault, which is free for a year. Wireless networking is strong, too, with Wireless-N Wi-Fi and Bluetooth both available. 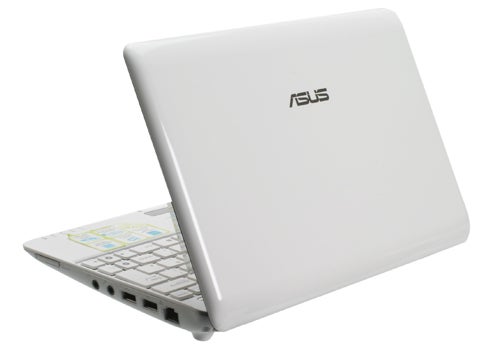 Asus also continues to persist with its Express Gate ‘instant-on’ OS. On paper it’s a nice value-add and it works well enough, but its uses are so limited that we’re still deeply cynical about its real worth. Of more interest is the presence of Windows 7 Starter Edition.


Those of who follow tech news will know it was once mooted to have a three application limit, a decision that has since (thankfully) been reversed. It does have other limitations however, such as the lack of the Aero theme,and its accordant benefits, as well as the inability to change the default desktop background! Even with these limitations, though, Windows 7 Starter Edition runs very well and is an improvement over XP, so we’re pleased to see it here.

Despite all these changes, battery life is still the most important consideration when buying a netbook, and given Pine Trail reduces the Atom platform’s power usage (GPU included) even further (down to 5.5W from 8W), it ought to be a strength. Indeed, Asus goes so far as to claim 11 hours of battery life.


In practice, we found that running a looped video file on the Seashell 1005PE at 50 per cent screen brightness with wireless turned off resulted in a battery life of around seven hours. Admittedly that doesn’t match the (nearly) eight hours delivered by the Toshiba NB200, which was based on the older Atom platform, but it’s excellent considering the battery used here is a six-cell 48 Watt-hour (4,400mAh) model compared to the NB200’s 63 Watt-hour one. 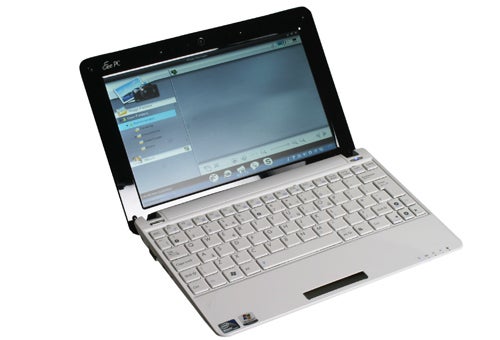 This is impressive, but not impressive enough to ignore cheaper pre-Pine Trail netbooks, many of whom now retail for around £220 compared to the £300 of the 1005PE. One must also consider the HP Compaq Mini 311c, whose 11.6in chassis houses within it nVidia’s ION chipset – thus adding 1080p video playback, CUDA acceleration and HDMI video out – for just a fraction more.


While it doesn’t bring the changes we had hoped for, Intel’s new Atom platform and the N450 processor combine with Windows 7 to elevate the Asus Eee PC 1005PE above its predecessors. However, though it can handle 720p video and uses less power, the 1005PE’s benefits aren’t substantial enough to make it a must buy.