Evaluating netbooks can be a bit of minefield. This is mainly due to the spectre of new technology hanging over the sector; be it a new Atom processor and platform with 720p video decoding, the much sought after dual-core Atom or VIA’s Nano, there always seems to be something over the horizon that might warrant delaying one’s purchase. However, it’s easy to forget that such ‘progress’ doesn’t come for free, as the latest Eee PC to roll out of Asus, the 1000HE, demonstrates.


Ostensibly just an Eee PC 1000H, the 1000HE brings with it a few minor but arguably significant changes to the machine. For starters, it has a newer processor; the marginally faster Intel Atom N280. This sports a faster 667MHz front-side bus that helps increase the core clock to 1.67GHz, up from 1.6GHz on the Atom N270. 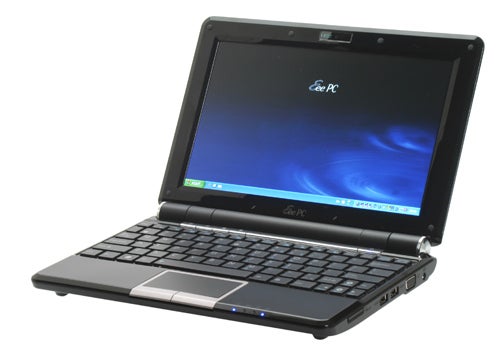 This processor was announced alongside a new Atom chipset called GN40, the main feature of which is a dedicated video decoding chip that makes smooth playback of 720p video possible. However, in the 1000HE you still get the older 945GSE chipset used in the current crop of Intel based netbooks. As such, the performance difference between the 1000HE and other N270 based netbooks is near enough as makes no difference, making this change largely redundant. 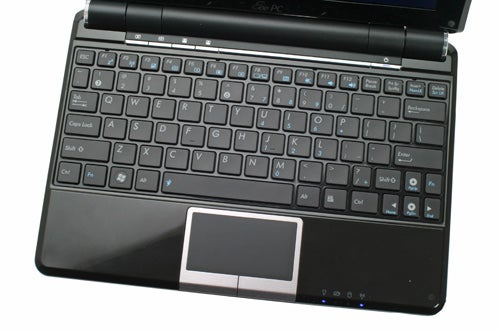 Thankfully, this isn’t the end of the differences. Most notable in this regard is the new keyboard. Asus has employed an isolated style keyboard, as sported by the likes of the Sony VAIO TT, Apple MacBook and Samsung X360, while adjusting the layout to address the right-Shift key issue that’s plagued every Eee PC to date. Now, after much complaining by more or less everyone who encountered an Eee PC, the right-Shift sits inside the Up cursor key, thus ending the irritation of moving up a line when all you actually wanted was to capitalise a letter.


Unfortunately, our version of the Eee PC 1000HE is a pre-production version with a US key layout so lacks a UK-style full-size Enter key, but provided this is remedied in retail units there are few other complaints we can make about the basic layout. 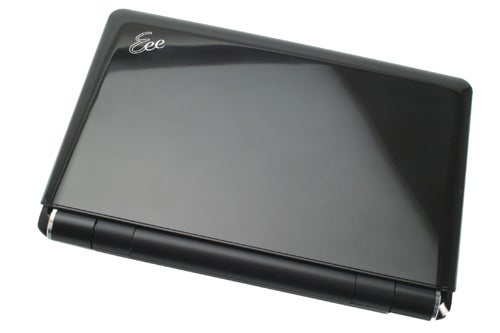 As for the keys themselves, they do have that familiar slightly shallow feel typical of isolated keyboards, which may put off some people, but key response is crisp and positive and the new layout makes for fewer errors when typing. We wouldn’t say this is the best keyboard we’ve used on a netbook; that award remains with the now largely defunct HP 2133 Mini-Note PC, but it’s certainly among the better ones out there.

Being a slightly tweaked Eee PC 1000H, the 1000HE shares a great deal of features. For connectivity, there remain three USB ports, an Ethernet port, headphone and microphone jacks, an SD, SDHC and MMC memory card reader and a VGA output. There’s also a 1.3-megapixel webcam above the screen with two microphones placed underneath the screen, which is better than the single mic seen on some competing models.

Inside the glossy black exterior there’s the aforementioned 1.67GHz Intel Atom N280, 1GB 667MHz RAM, a 160GB 5,400rpm hard drive, Bluetooth 2.0 and Draft-N Wi-Fi, while the 10in screen has the usual 1,024 x 600 resolution seen on all netbooks of this type. This is, of course, an LED backlit affair, has an anti-glare finish and is sharp and bright, making it easily viewable in bright light.


Another continuing strength of the Eee PC range is its audio. We’re still to find a netbook with better integrated speakers and the 1000HE is no exception, reaching high volumes without distortion and with impressive clarity for such a small machine. You also get Dolby Home Theatre audio and its excellent headphone surround sound virtualisation, which adds a nice level of immersion when watching films and other videos using headphones.

Of course, this is the kind of activity that you’re likely to enjoy when travelling and here the 1000HE continues the Eee PC tradition of epic battery life. In fact, where the Eee PC 1000H set the standard with its 6,600mAh six-cell battery, the 1000HE only raises this bar higher with its 8,700mAh unit.


Even for an ordinary notebook this would be a very high capacity, so for a low-power netbook it’s positively gargantuan. What’s more, the 1000HE is no heavier than the 1000H, though it isn’t all that light at 1.45kg, We have also been assured that this is the battery that will ship with the machine when it goes on sale, so there’s no nefarious upgrading going on here.

As a result of this high capacity battery, Asus is quoting a potential battery life of 9.5 hours. This is nothing short of astounding and though you’d have to be fairly frugal to reach such heights, we comfortably achieved in excess of seven and a half hours and one could easily get more than this, too. This means you can happily sit down and use the 1000HE on most long-haul flights without running out of battery, or go out for the day and leave your charger at home.

Clearly, then, the Eee PC 1000HE has a lot going for it. It continues Asus’ tradition for market leading battery life in netbooks, has all the necessary features and also has an (incrementally) improved keyboard. However, not everything is rosy in Eee PC land. 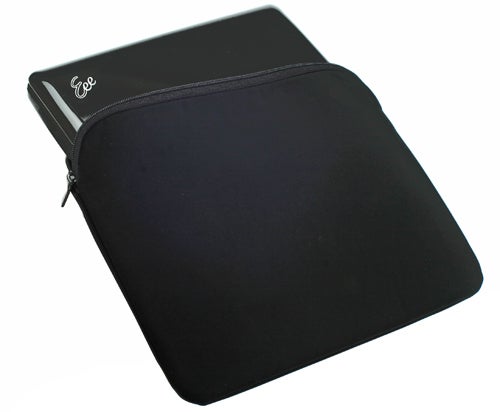 For starters, though the Eee PC 1000 design was fine when it first launched last year, it’s already beginning to show its age compared to more recent competition. Be it the MSI Wind, Samsung NC10 or even the relatively modest Lenovo IdeaPad S10e, the 1000HE simply looks a bit chunky – its large cylindrical hinge section, cheap looking accents around the touchpad and rather bulbous feel doing little for it in the beauty stakes. 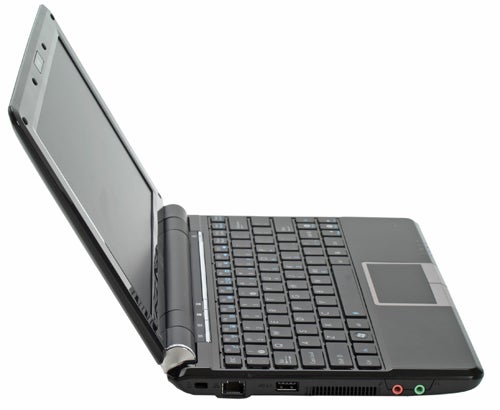 This isn’t the end of the world provided you don’t care much for aesthetics, but the 1000HE isn’t the cheapest netbook around, either. Asus quoted us a suggested price of £359.99 when it becomes available in April and though netbooks have been sold for more than this – Asus’ own Eee PC S101 springs to mind – they generally had something more going for them such as more features or outstanding design.


Undoubtedly the 1000HE’s excellent battery life accounts for some of this extra cost, as does the improved keyboard, but it’s hard to escape the feeling that Asus is struggling to come up with ways to freshen up the Eee PC range. Moreover, while the excellent battery life is very welcome, it’s only worth the £50 extra above arguably better netbooks if you really need that kind of longevity. If not, the five or six hours you can get from a Samsung NC10 or one of Asus’ own Eee PC 1000’s is more than enough for most needs. 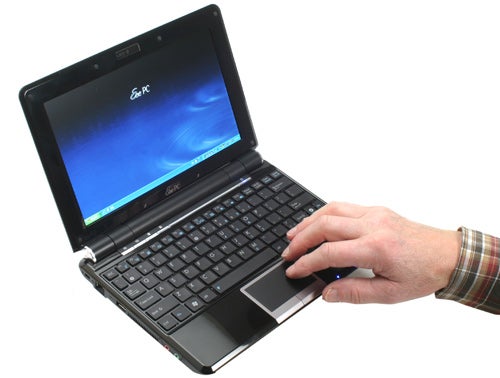 
If you’re after a netbook with the best possible battery life, the Eee PC 1000HE definitely has you covered and should be seriously considered. However, in terms of design and usability it lags behind some of its cheaper rivals and with new models bound to materialise soon, it doesn’t quite do enough to make it a must buy.