The Asus VivoBook E200HA can boast a quad-core processor – but don’t let that fool you: this is a modestly powerful machine. Each of those cores has a base frequency of only 1.44GHz and a boost frequency of 1.84GHz. In comparison, the latest Core i3 processors have base frequencies that start at 2.4GHz.

This lack of raw clock speed is immediately obvious in daily use. Everything from boot-up and app startup to simply opening the Start menu feels a touch sluggish compared to more powerful laptops.

The E200HA remains fine for light tasks such as word processing, web browsing with one or two (rather than dozens) tabs open at once, and maybe having an email client running in the background. Much beyond that and it will start to feel too sluggish. Even ad-heavy web pages really make it chug. 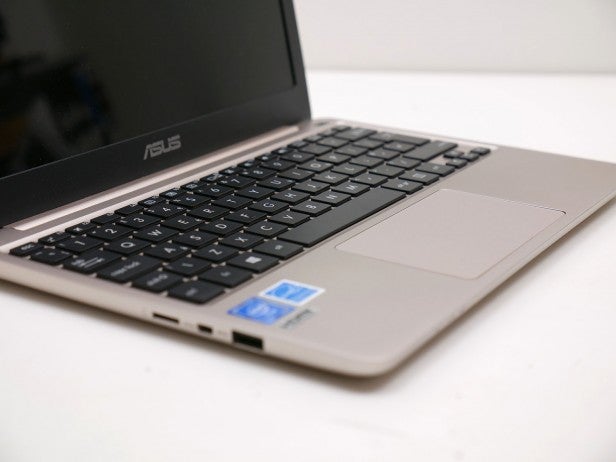 This is reflected in our benchmarks. In Geekbench 4, it scored just 802 and 2287 in the single and multi-threaded tests. In comparison, the Acer Swift 3 scored 3511 and 6551 respectively. It’s a similar story in PCMark 8, where the Asus managed just 1253 points compared to the Acer’s 2543.

What’s more, the E200HA’s paltry 32GB SSD is slow too, managing just 154MB/sec read and 98MB/sec write in the AS SSD benchmark – that’s as slow as a hard drive. Speedier SSDs will hit closer to 500MB/sec for both, making boot-up, app startup and file-transfer times much shorter. Plus, 32GB doesn’t offer much storage space to play with anyway. At least if you install a microSD card it doesn’t stick out from the side, so you can potentially permanently expand the storage this way.

Again, this is all typical of this type of machine. The likes of the Asus Transformer Mini T102HA, HP Stream and the Lenovo Yoga Book also suffer the same performance problems. These are lightweight, cheap devices (actually, the E200HA and Stream are far cheaper than the T102HA and Yoga Book) meant for single-task use, much as you would use a tablet, but with a better typing experience and access to all of the features of Windows 10.

Asus also packs in a few extra bits of software. There’s the useful LiveUpdate app for easily updating drivers, the WebStorage app for providing cloud storage, and the less useful McAfee antivirus – running this rather intrusive antivirus on a machine that’s already this slow is a very bad idea. 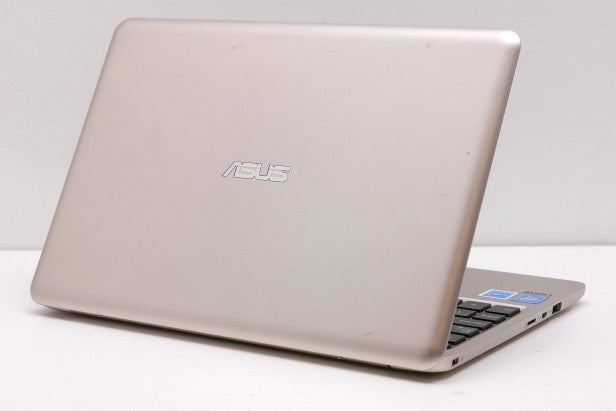 Asus makes some bold claims about the E200HA’s battery life, and in our tests it well and truly lived up to them. In our Powermark test, where we loop 10 minutes of web browsing and 5 minutes of watching video, with the screen brightness set to 150 nits, it lasted 11hrs 42mins. That’s just 18 minutes shy of the claimed 12 hours. Drop the brightness a touch more and it will reach that figure.

This level of longevity is a crucial part of the appeal of devices such as this. Being able to go a whole day at university without the need for a charger or being able to watch hours and hours of video on those long bus journeys as you backpack around the world is what such machines are all about. 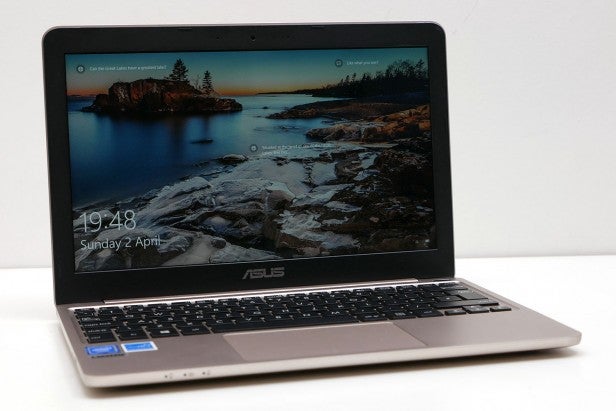 Should I buy the Asus VivoBook E200HA?

The Asus VivoBook E200HA is a great little low-cost laptop that’s ideal for students or travellers looking for a device that can be taken anywhere. It won’t cost the earth to replace when it’s inevitably dropped or lost, and it provides a good enough experience for basic computing duties.

For a machine costing just over £200 it looks far nicer than you’d expect, and the screen, keyboard and trackpad are all entirely adequate. Inevitably there are compromises, however.

Performance really is only good enough to use this laptop in the manner you would a tablet: that is, one task at a time. Open half a dozen tabs in your web browser and it will grind to a halt. But, if you just need something to tap out a few emails, watch some video and browse a couple of web pages at a time, then it’s fine.

Your only viable alternatives here are the HP Stream 11” data-sheets-userformat=”(“2″:4288,”9″:2,”10″:2,”15″:”arial,sans,sans-serif”)“>, which is less powerful, and Chromebooks such as the Acer Chromebook 14. Chromebooks are arguably better value due to their lower price, but if you prefer Windows, the E200HA is a great choice.

Cheap but effective, the Asus VivoBook E200HA has plenty of compromises – but it provides adequate performance, long battery life and looks far smarter than you’d expect for its price.