Although the GeForce 6150 and nForce 430 chipsets for AMD processors launched late last year it has taken the board manufacturers a little while to get retail products out on the market. Part of this was because of some early issues with the platform, but these all seem to have been resolved by now. The first board to arrive here at TrustedReviews is the Asus A8N-VM CSM. This is a micro-ATX board, which gives you an idea about the intended market for this board.


The ideal place for something this size would be in a media centre type PC. Considering that the AMD’s Athlon 64 processor runs reasonably cool even under heavy load this might be the chipset AMD has been waiting for to gain a foothold in the MCE market. However, there are a couple of optional features on the A8N-VM CSM that I really feel should have been included as standard as they’re fairly key for anyone that is looking at using this as an MCE platform, but more on those later. 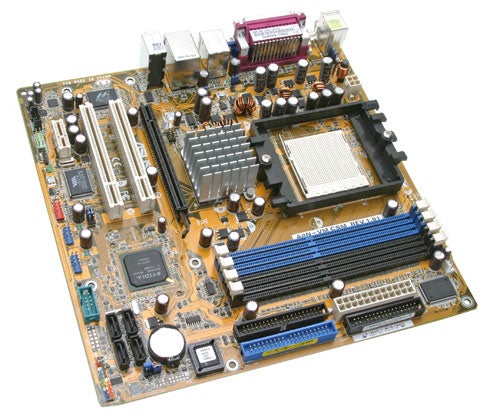 The first is that while although a choice of DVI-D or D-SUB is provided from the on-board graphics, TV-out support is provided only via an add-on bracket, which doesn’t come bundled with the board. Getting hold of this might not be that easy, at least not in the UK as Asus informed me that there doesn’t seem to be a lot of demand for it and that they don’t have any in stock.


The other issue here is sound; there is support for HD audio but only via three 3.5mm audio jacks, not ideal if you want to build an MCE PC. As with the TV-out you can get a bracket that adds coaxial and optical S/PDIF outputs, although this should be easier to obtain as it doesn’t have to come from Asus as it is uses a standard pin-out. 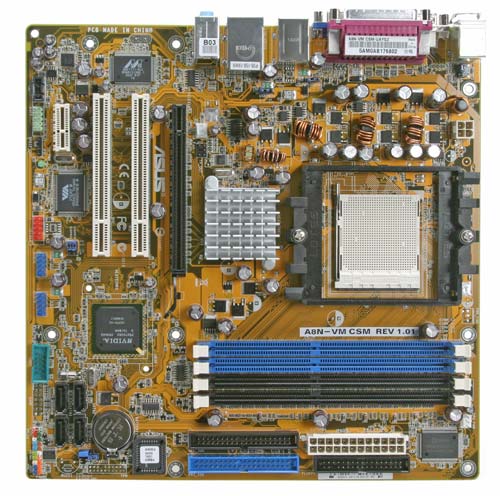 As the base for a small home or office PC these issues are of no real concern and for anyone looking to build an affordable machine without the need of fast 3D graphics this is a very good board.


On top of the video and audio outputs the board also features two PS/2 ports, a parallel port, four USB 2.0 ports, a FireWire port and an RJ45 connector for the onboard Gigabit Ethernet controller. A further FireWire connector is supplied on a blanking plate and connects to a header on the motherboard.


Another four USB 2.0 ports can be connected to the board via two headers, although none are supplied with the board. There’s also a header for a serial port but once again this is an optional extra.

The A8N-VM CSM has two IDE connectors and four SATA connectors, so there should be more then plenty on offer here. The SATA drives can be set up in a RAID 0, 1, 0+1 or 5 configuration. With four memory slots the A8N-VM CSM supports up to 4GB of DDR memory. Further expansion comes in the form of a x16 PCI Express slot for graphics cards and a x1 slot for other PCI Express peripherals and two PCI slots for anything else.


The GeForce 6150 is passively cooled by a small heatsink, so this is also a good option for anyone that’s looking for a low noise solution. Considering it size the layout of the A8N-VM CSM is fairly tidy and the power connectors are towards the top of the board. The only slight downside depending on the type of case you use would be that there is only one spare fan header.


As I mentioned earlier, this is not a gaming platform by any means as the 3D capabilities are rather basic. Running the default 3DMark 03 tests the overall score was a mere 1538 points. Compare this to 2930 points for a GeForce 6200TC with 32MB – 128MB Turbo Cache of memory and you get the idea. 3DMark 05 fared even worse with the meagre score of 721 points compared to 1169 for the 6200TC. 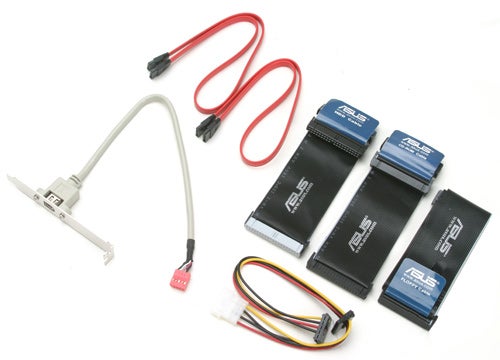 Although this is all rather disappointing it’s easy to see where the 6150 name was derived from as it’s slower than a 6200. However, as long as you’re aware of the chipsets limitations there is no reason why you shouldn’t consider this board, as it does what it is supposed to do quite well.


Considering that it only costs £61.69 it’s hard to find any major faults with the A8N-VM CSM, although bundling the TV-out and S/PDIF brackets would’ve made it complete. Still, you can’t have it all and hopefully Asus will stock the accessories for those interested.


The Asus A8N-VM CSM is an entry-level platform which, save for some lacklustre 3D results, offers good performance in a silent and compact package. However, it’s lack of TV-out and digital out mean it’s not quite a one-stop-shop for a media centre system.