You’d love a Pioneer KURO, wouldn’t you? Yes, you and me both. Unfortunately, most of us don’t have the space (not to mention funds) to acquire one of these endangered beasts, and are instead left at the opposite side of the spectrum: with a combined LCD TV Monitor like the Asus 24T1E. This hybrid offers some enticing specifications considering its £265 asking price, including 24 inches of real-estate and a Full HD resolution, which stands it in good stead for both entertainment and productivity. 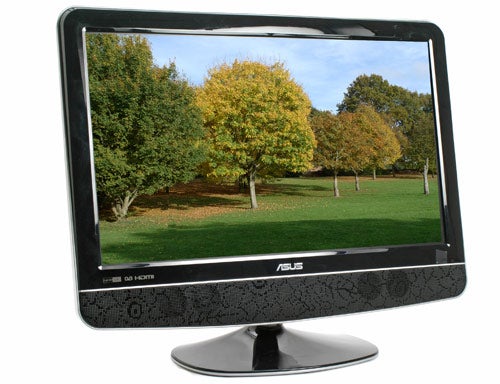 Starting off with looks, it’s not too unattractive though slightly ‘busy’. A far cry from svelte TV Monitor models such as the recently-reviewed Samsung SyncMaster P2370HD, the 24T1E weighs in at a hefty 7kg and is unashamedly bulky. Its piano-black finish is surprisingly good at hiding fingerprints though, and the large, organically-patterned speaker grille is a stylish touch, though it’s hardly the kind of design that will appeal to everyone.

Ergonomically there’s only tilt on the menu, but we’ve long since given up hope of finding a TV Monitor that will offer more. Physical controls consist of a power button in the bottom right, with the rest of the controls positioned for easy access along the top edge, integrated into the 24T1E’s silver accenting. They’re clearly marked and logically laid out, making them an easy to use alternative when the remote isn’t immediately to hand. 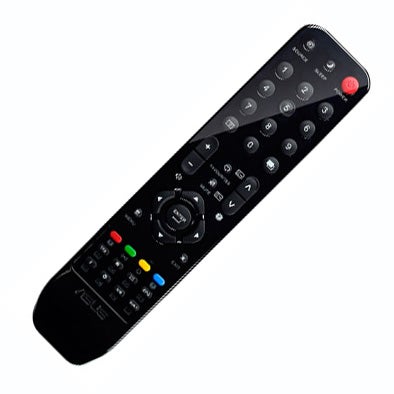 Speaking of the remote, it’s actually rather good. It’s a tad on the long side, but its size does allow for a logical, uncluttered layout. Buttons are grouped intelligently so that – depending on where you hold the remote – the requisite ones are always comfortably under your thumb. Indeed the remote itself lies well in the hand thanks to its ergonomic shape and soft matte plastic underside. The buttons also offer a pleasant rubber texture and good feedback. Our only minor complaint is that the remote’s glossy upper surface does pick up fingerprints more eagerly than the monitor.

Around the 24T1E’s rear we find an odd mix of good and not so good. First of all we appreciate the physical on/off switch. However, in terms of connectivity this display leans towards the TV side of things, lacking the DVI port found on most proper hybrids. At least there are two HDMI ports and, in a thoughtful touch, Asus has included stereo phono inputs to hook up audio if you’re using a DVI to HDMI adapter. There’s also an optical audio and stereo phono outputs for connecting external audio devices. 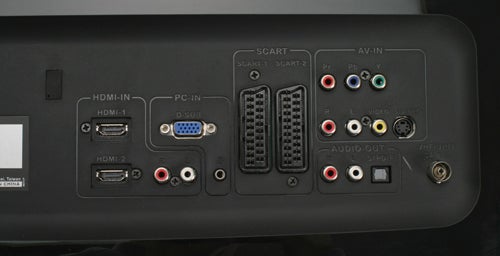 Further rear-facing connections come in the form of a VGA port with its own 3.5mm stereo audio jack, component, S-Video and composite and two SCART sockets – not to mention the entirely necessary aerial socket! Finally, around the sides, you’ll find a headphone jack on the right and a CI card slot on the left hidden discreetly behind a flap.


Together with the excellent remote, Asus has done a stand-up job on the unique OSD, where one switches by rotating an icon ring. It’s attractive, colourful and logical. Asus offers a number of presets, which aside from being a tad garish for the Theatre and Game modes are fairly well configured and can (mostly) be altered manually. 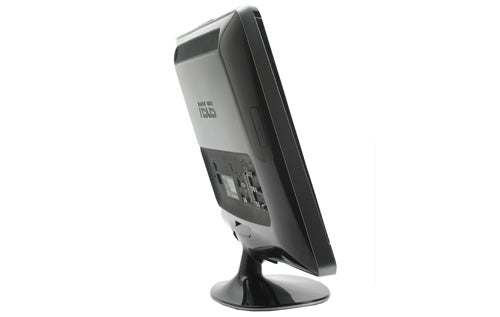 Adjustment options are extensive, including individual colour intensity and temperature, noise reduction and dynamic contrast (which Asus calls ASCR), in addition to more common settings such as brightness and sharpness. These good menus combine with an EPG that’s serviceable, if not remarkable in any sense, to make setting up and playing with the TV aspects of the 24T1E a pleasure.


Visual quality of digital TV broadcasts is decent. As long as it’s left on its medium setting noise reduction does an okay job – you don’t even need to turn it off for HD material – but there’s little other processing going, so don’t expect this to match even a more affordable ‘proper’ telly.

Unfortunately, the 24T1E begins to flounder in the most important category: image quality. There’s distinct backlight bleed from the bottom of the screen, very noticeable in the black bars that surround most widescreen material even on a 16:9 aspect ratio screen such as this. After encountering a succession of monitors a while back where this was not much of an issue, we had hoped it was becoming a thing of the past, but apparently that’s not to be. 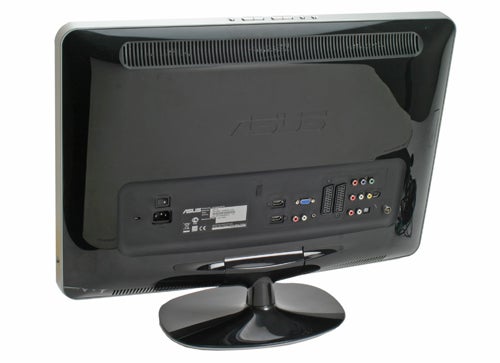 Less distracting is some backlight unevenness, which makes one corner of the screen look slightly faded-out. Banding must also be mentioned as it’s the most severe we’ve come across in quite some time. This might not be evident in most normal material, but sooner or later it will rear its ugly head and it is damn ugly! Also, we couldn’t eliminate some red contamination across grey-tones despite the LCD TV’s individual colour controls. As is typical with most cheap LCD displays, fast action highlights some motion issues and viewing angles are at best mediocre.


Mind you, the 1,920 x 1,080 panel also has a few positives that rescue it from being a complete disaster. For one thing, it’s exceptionally sharp, making even the smallest fonts readable. For another, it handles greyscales far better than most TN panels, though Asus’ claimed 20,000:1 dynamic contrast ratio is as fanciful as ever. Despite these positives, however, objectively the image quality isn’t up to even the modest standards of similarly priced offerings. 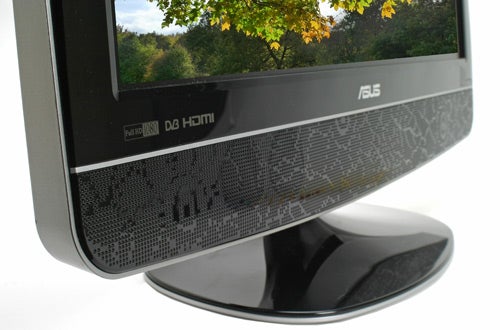 Getting onto the audio side of things, the 24T1E’s 7W stereo speakers hold up very well indeed – at least when measured by previous integrated efforts. While not quite up to the punchy and voluminous audio produced by the Samsung SyncMaster P2370HD thanks to some distortion at higher volume levels and a slight touch of muddiness in the bass, overall they are certainly enough of a match for the visual aspect of this hybrid for games and films.


Finally on the value aspect, £265 is a reasonable price for what is – despite its shortcomings and image-quality let-downs – a fairly well specified LCD TV Monitor. However, once again Samsung rears its pretty head with the 24in SyncMaster T240HD DTV Monitor. On its side, the Asus has far superior speakers, but the T240HD offers a slightly higher resolution (1,200 vertically as opposed to 1,080), better image quality, an extra digital input (DVI) and arguably more attractive design for just £249 online, around £15 less. 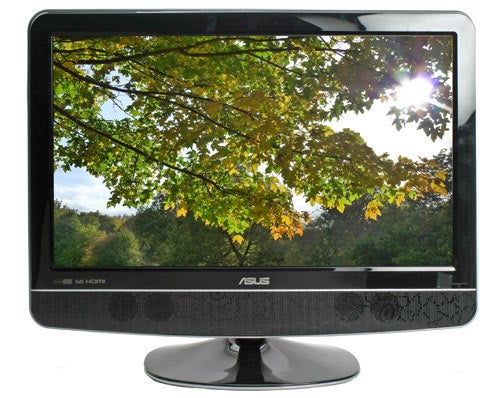 
Despite surprisingly good speakers, a comfortable remote and decent connectivity options, the Asus 24T1E is let down by sub-par image quality and a chassis that lacks visual flair. Considering that right now better hybrids can be had for less, there’s little reason to go for this option unless the integrated speakers are particularly important to you.