I’ve tried many gaming headsets in my time, but never actually had a chance to get my hands (or head) on a pair of Astro A40s. Well-known for being one of the top headsets on the market, I opened up my first pair with high hopes for the Xbox One and PC headset, which is now in its second generation and available in a few varieties.

This particular A40 headset comes with a brand new MixAmp M80. The amp slots into the base of your Xbox One controller and offers you various audio controls. I’m already impressed and I’ve not even tried them on yet.

Can the Astro A40 with MixAmp M80 really live up to the hype, especially when prices start at £175? I’ve put the headset through its paces to find out. 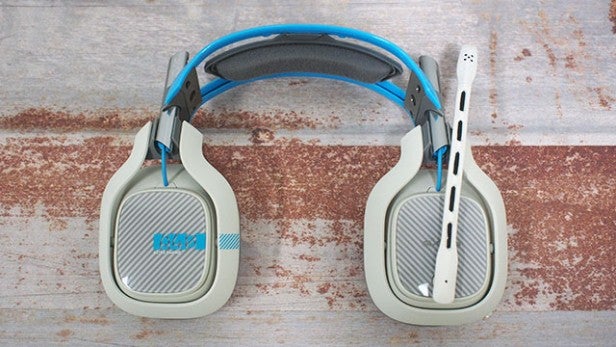 There seems to be a trend to make gaming peripherals look as garish and alienating as possible. Sadly, the same can almost be said for the Astro A40. This is an over-ear headset that I wouldn’t be caught wearing on the street. But thankfully its design makes it one of the most comfortable gaming headsets I’ve worn in a long time – and I’ve been through a fair few.

The colour scheme for the Xbox One/PC version of the Astro A40 with the MixAmp M80 is a strange grey/cream combo which makes the headset feel like it’s a little dirty, even though it’s brand new.

The blue accents make it a little easier on the eye though, with the headband picking up most of the colouring along with the cabling and some accents on the earplates. The plates are simply attached by magnets, allowing you to choose your own when ordering, or at a later date. However, what I found the most useful was the option to swap over the plates and swap the mic to the other side.

The Astro A40 comes with a boom mic, which you can either tilt up when not using or remove altogether. It’s also fitted with an internal flexible wire that lets you manually position the mic wherever you like.

Astro’s headset is also fully adjustable, the cabling cleverly coils up inside the metal sliders so you can readjust the height of the earcups. 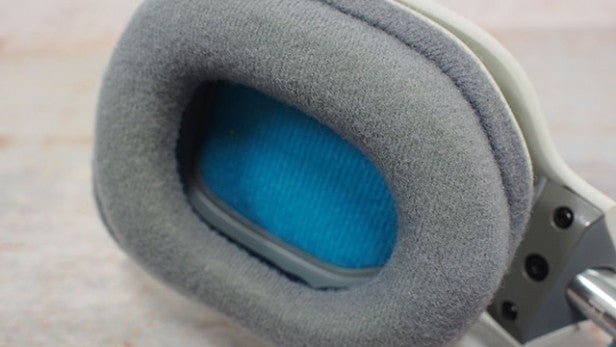 The earcups are covered with a soft meshy material that makes the headset one of the most comfortable to wear on the market. I’ve got a very large head, and even during extended play sessions I didn’t feel like the headset was clamping at all. The padding extends to the top of the headband too, making sure that there’s no pressure to the top of your head either when wearing.

Astro has also angled the earcups so sound is directly aimed towards your ears, ensuring you can hear every footstep and all your mates’ expletives.

In terms of connectivity, the Astro A40 come with three cables in the box. There’s a 3.5mm jack for using with mobile devices, or a USB cable for use with PC. However, the third option – the MixAmp M80 – is what makes the Astro A40 one of the most impressive Xbox One headsets on the market.

Anyone who rode the Xbox One bandwagon at launch will be lumbered with the Wireless Xbox One Controller with its proprietary headset port in the base. Xbox has since released a newer version with a 3.5mm jack, but if you’re rocking the older models then the MixAmp M80 is about to change your world. 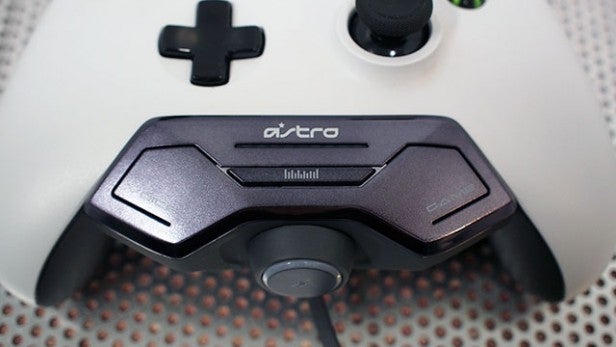 This slightly space-age-looking bit of kit doesn’t look too dissimilar to Microsoft’s own Xbox One Stereo Headset Adapter, but it does so much more.

It slots into the base of your Xbox One Wireless Controller securely – the connection is so strong I actually found it quite tricky to remove during my review period.

At the centre is the main volume knob, which handily has the chat mute button at its heart – glowing red to indicate if no-one is hearing all your banter.

Above that you’ve got voice and game buttons clearly indicated. Pressing either of these lets you choose what your chat to game audio ratio will be. Tap game and turn the dial to the right for example allows you to reduce the chatter noise levels and increase the game audio’s volume. The balance is indicated by a thin strip of LEDs too that run along under the Astro logo, making it very glanceable mid-game.

It’s very quick and easy to adjust these levels, and doesn’t require you fiddling about with any kind of software or menu options. Plus, it’s all there within thumbs reach.

Astro’s choice to include the MixAmp M80 means that you’re not sitting there wearing a headset that is covered in buttons. Having to learn where all the controls are without being able to see what you’re pressing is always a bit of a faff. This handy gadget takes all that inconvenience away to make sure that you know what you’re pressing at all times. 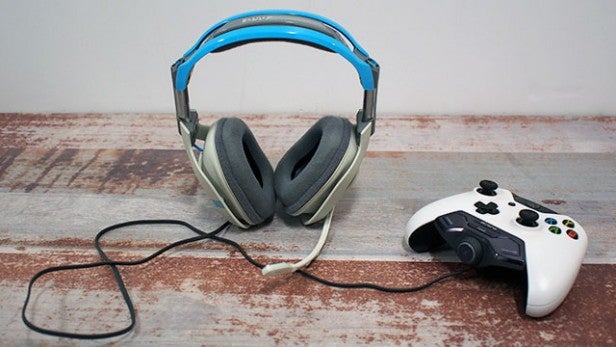 Now many of you may not know that Astro is actually the gaming arm of headphone giant Skullcandy. I’ve never been much of a fan of the audio quality of Skullcandy cans or buds, but Astro is in an entirely different league.

The A40 delivered in all areas. Bass has a powerful sound, while still sounded rich and detailed. There’s always that low-end grunt that I’m looking for in those big AAA moments. Mid tones are warm and full, with sharp trebles.

The soundscape as a whole is well-balanced, even at maximum volume. There’s plenty of detail there, making sure that you’re not missing any of the footsteps of the enemies coming your way, or the subtleties of some of the more orchestral soundtracks for an immersive ambience.

The MixAmp M80 also offers a button the centre that is used to switch between three preset EQs. One boosts bass, while the others fiddle about with the treble. I stuck with the default option for most games, but when watching movies I really appreciated that extra bass. 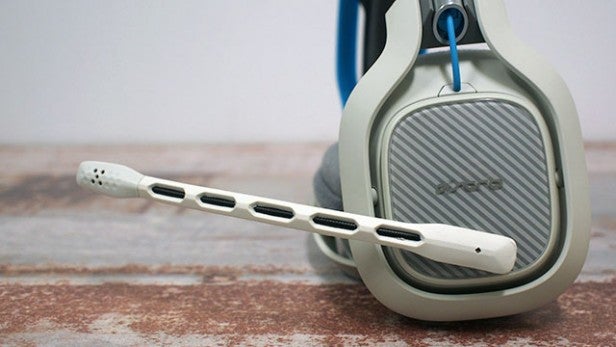 Chat audio was also impressive. I had no issues with distortion, with comments and chat coming through crystal-clear – always important when you need to be incommunicado with your Rainbow Six Siege or Division buddies.

I love the fact it’s so easy to mix chat and game audio, especially on the fly. Having the option of dialling down your pals when they’re gabbling or you’re trying to concentrate is always handy.

All round, you’re looking at a headset with some of the most impressive audio quality I’ve seen and heard.

Related: Xbox One FAQ – Everything you need to know 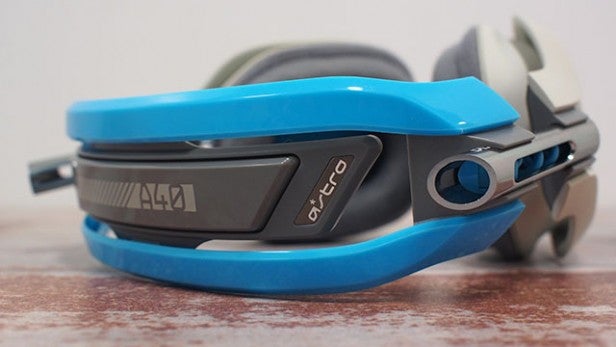 When it comes to Xbox One headsets, the Astro A40 is the one to beat.

If you want a wireless headset, there’s the Turtle Beach Elite 800 but they’re £250 compared to the A40’s £175 price tag, and have issues when it comes to usability.

Anything cheaper than this of note requires the Xbox One Stereo Headset Adapter, which is sold separately.

The Astro A40 is a perfect headset for whatever you use your Xbox One for. It’s not too expensive, and the appeal of the MixAmp M80 just adds to its excellent audio capabilities.