The Astro A30 Wireless provides a great all-round experience for those wanting a stylish headset to use on lots of devices. It’s well-built, looks fetching and offers superb levels of both comfort and passive noise isolation. The audio here is energetic and well-rounded, and it comes with good separation too. A £230 price means it isn’t for everyone, though.

The Logitech-owned Astro marque of gaming headsets has thrown up some amazing options for more premium headsets in the past, with the likes of the A40 Wireless and A50 becoming fan favourites.

Now, however, Astro has revived a nearly decade-old name, the A30, and redesigned it to fit a particular niche on the market, catered to those looking for both a lifestyle and premium gaming headset.

That’s certainly reflected in its looks and indeed price. While £230 isn’t the cheapest for a gaming headset, the A30 Wireless may just have enough going for it to put it on the top of the tree in our best gaming headset roundup.

There’s recently been a shift among more premium gaming headsets as they turn into sleek lifestyle-oriented devices in terms of design as opposed to featuring the classic sharp-edged gamer aesthetic that has adorned headsets for a good while. The Astro A30 Wireless takes the term ‘lifestyle’ and absolutely runs with it.

It looks rather in its navy colour – nice to see manufacturers moving away from the standard-issue black headsets of old. For the ultra-modernists, the A30 Wireless is also available in white. To go with that, there’s a raft of different ways of making the headset your own, by customising it with swappable speaker tags that can have a design etched into them.

The Astro A30 Wireless offers some of the best passive noise isolation I’ve experienced, especially with its tight seal and clamping force. This is also aided by a good level of padding, with leatherette earcups and a rubberised headband, which allows the headset to sit well on my head without the fear of it sliding around.

The only qualm I have when it comes to the headset’s adjustment is the fact that moving the headband to make the A30 fit is neither the easiest nor the smoothest. Usually, the different stages are marked by lines in the plastic, or by the mechanism clicking with each incremental adjustment. None of that is present here, which makes adjusting it a bit of a pain.

In terms of its controls and interface, the A30 Wireless offers a vast selection across both earcups. On the left-hand side comes a mic-mute toggle as well as a pair of audio jack inputs – one for connecting the headphones via 3.5mm audio, and another for the secondary detachable boom mic. On the right there are the power button and Lightspeed wireless connectivity button, a Bluetooth pairing button, USB-C port and a tactile joystick that controls media playback options, such as playing and pausing your audio and adjusting volume.

I must also stress that this Astro headset seems to work with basically anything, given the fact it can connect via either Logitech’s Lightspeed receiver, Bluetooth, or a 3.5mm wired connection. With Bluetooth and the USB receiver as an option, it connected seamlessly to my Windows PC and MacBook Pro, and worked with my Samsung Galaxy S21 Ultra too.

Intriguingly, you can purchase a multi-device USB-A receiver, so the A30 Wireless will work with both Xbox and PlayStation (for an additional fee). This is a fantastic innovation and will be useful to those who have both consoles and want one headset to work with both.

Logitech rates the A30 Wireless’s battery to last for 27 hours, which is about right for a gaming headset that’s this expensive – although it lags behind the competition by a few hours, as is demonstrated by the Sony Inzone H9’s 32 hours of juice. In testing, the A30 Wireless managed to match Logitech’s claims entirely.

There is additional software here in the form of the Logitech G Hub, although not for PC. All of the customisation options are found within the G Hub phone app. It’s currently still in early access mode, so bear that in mind if you download it – but there’s lots to get stuck into.

The app allows you to set up specific profiles for games or media as well as choose equaliser settings relating to whether you want a properly full-on and immersive gaming experience or one that prioritises sounds such as footsteps for heightened awareness. There’s also the option to fiddle with the mic’s sidetone and adjust the noise gate to suit whichever environment or situation you happen to be in.

It’s no good having a headset that doesn’t sound great, even if it might happen to look the part. Given the reputation that precedes the Astro name, the A30 Wireless has a lot to live up to.

I’m pleased to report that the A30 Wireless offers well-rounded audio with a good amount of energy across the frequency range. It handled voices and the mid-range especially well, with fantastic clarity, while there was also a booming low-end – as proved evident with some rounds of Counter-Strike: Global Offensive with heavy gunfire from an LMG, or a play of Rush’s Anthem with its gritty and meaty riffs.

The soundstage also turned out to be decent, with good placement and separation of instruments – although, admittedly, it isn’t the widest I’ve experienced.

In terms of its microphones, the Astro A30 Wireless actually comes with a pair of options: you can use the headset’s integrated mic or attach a separate boom. Logitech’s reasoning is that you may not want to use the boom mic when you take the headset out and about, while you can use it when you’re back at home and gaming.

It’s a clever solution, although I wouldn’t have thought many would use gaming headsets as all-purpose devices, given their bulky nature compared with regular headphones.

In my tests, the built-in mic offered good clarity, albeit with the tendency to sound a little thin – like some other internal mics I’ve tested. But it was still more than good enough for voice chats and phone calls. The external boom offered more body to the overall tone as well as better clarity, but both are perfectly serviceable for calls.

You want a stylish and sleek gaming headset:

The Astro A30 Wireless breaks the mould of other gaming headsets, especially when it comes to its modern, excellent-looking design.

You want a lightweight headset:

While it may look great, the Astro A30 Wireless is a heavy headset, which can make wearing it a little fatiguing at times.

In 2022, there has been a rise in premium gaming headsets that provide a dedicated gaming alternative to many of the pricey high-performance noise-cancelling headphones that have been around for the past few years. The Astro A30 Wireless strikes a brilliant balance between gaming performance and a more egalitarian and modern lifestyle-type look.

It’s a headset that Logitech has pushed as being one for pretty much every eventuality. That’s not only matched by its sleek looks, but also by its energetic audio and solid microphone. The £230 price is reflective of the jack-of-all-trades nature of the A30 Wireless, but it means it’s reserved for the gamer who’s flush with cash. 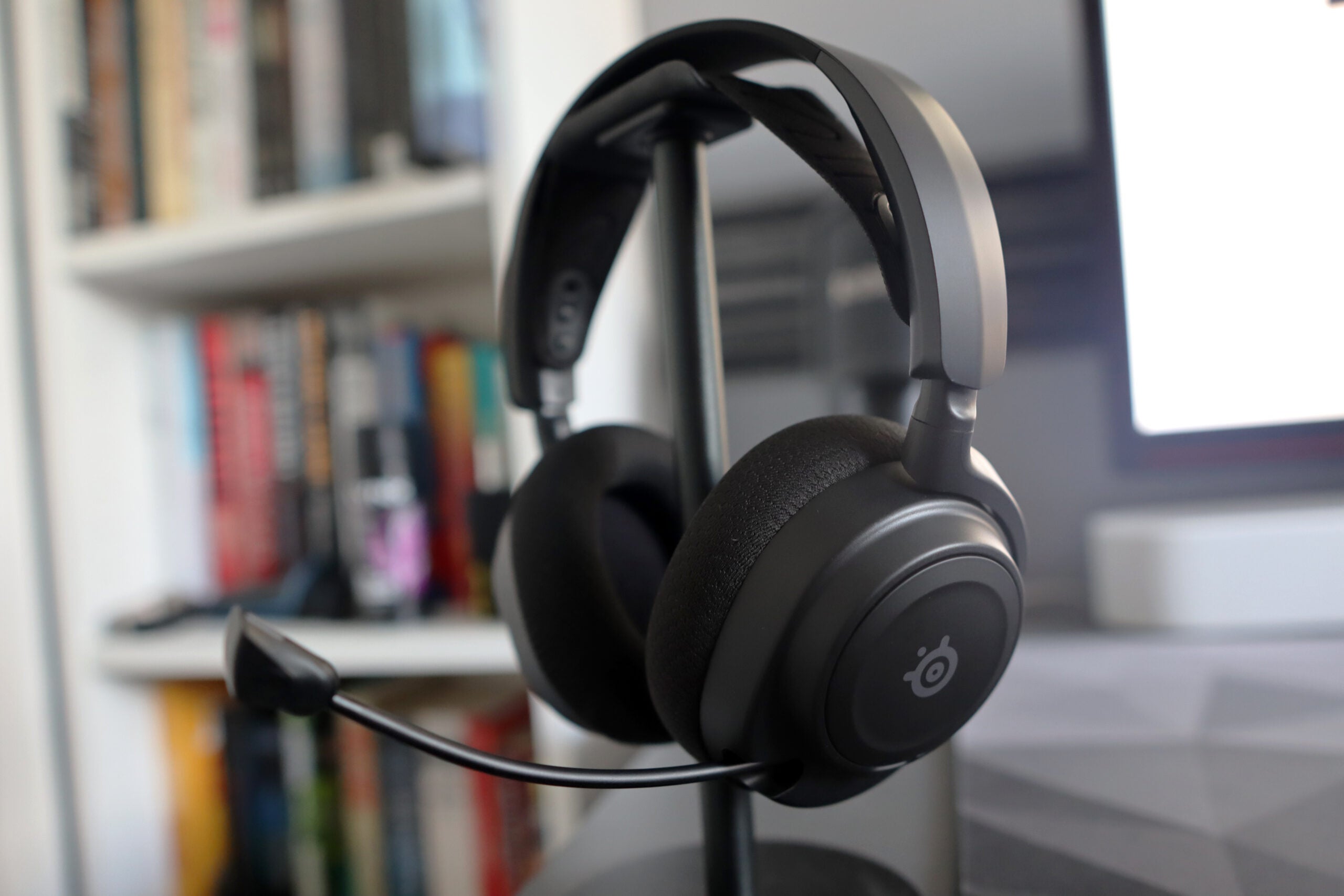 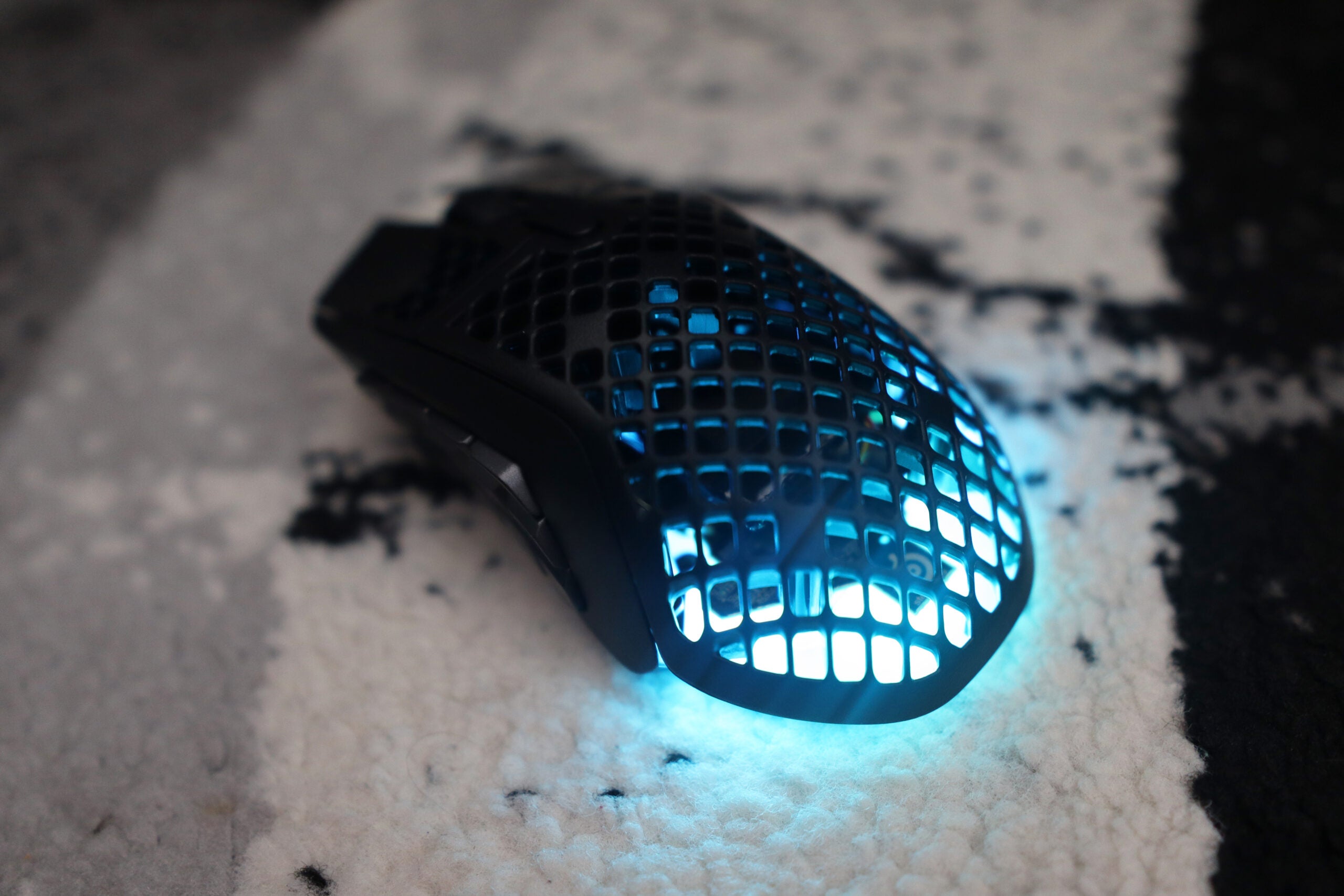 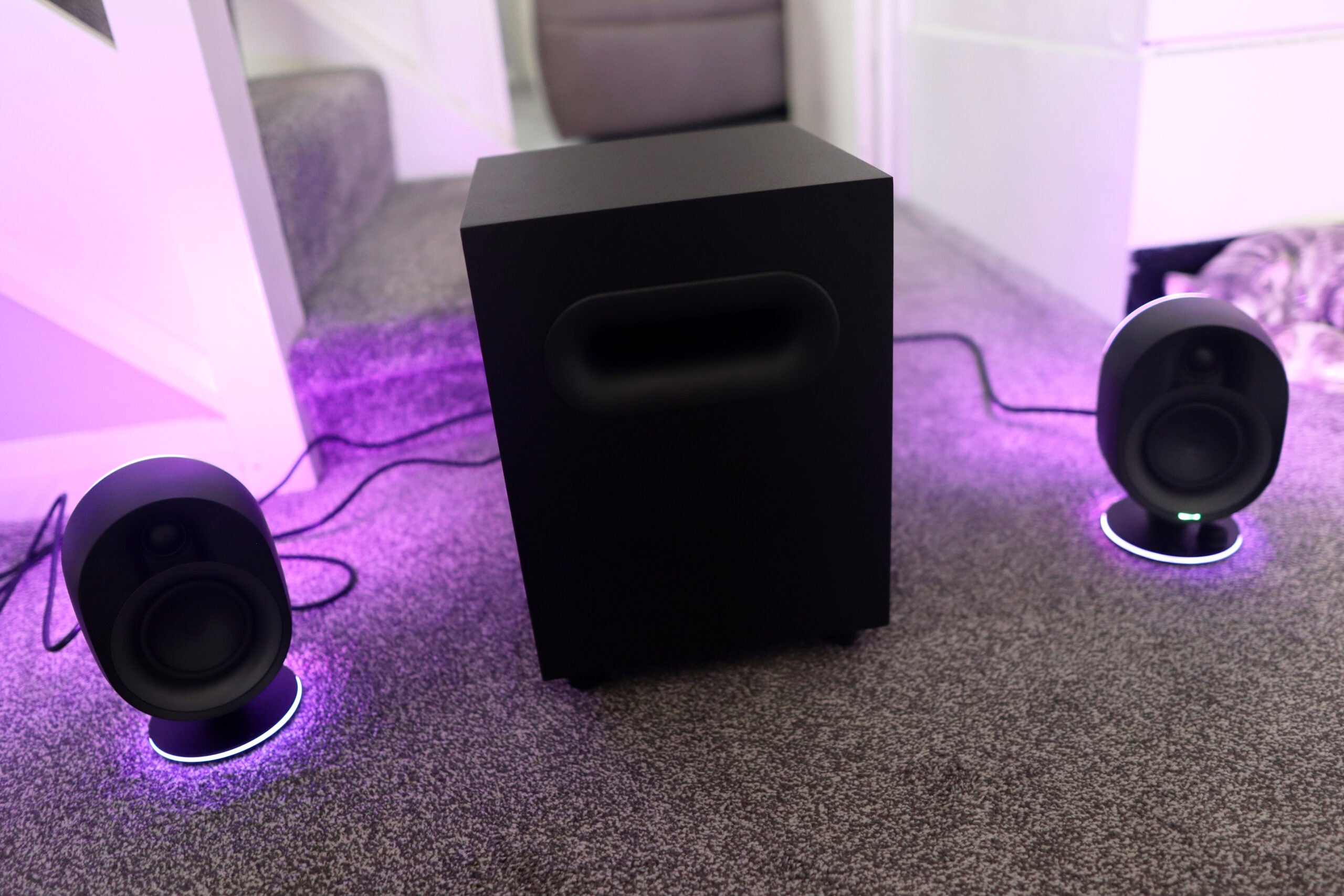 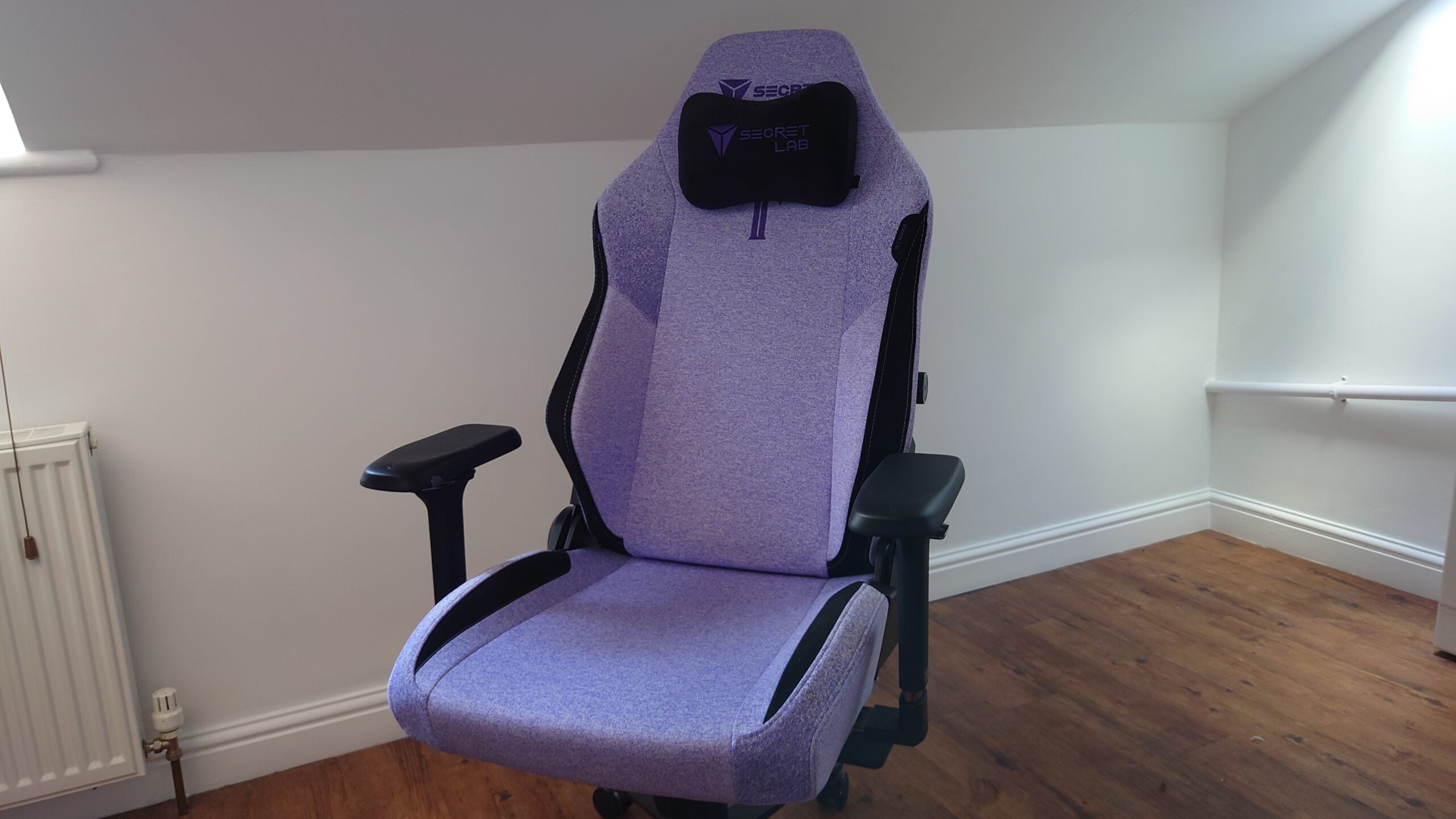 Does the Astro A30 Wireless work with PS5 and Xbox Series X?

Yes, the Astro A30 Wireless offers wireless support to both the PS5 and Xbox Series X, as well as PC.