Available on PS4 (reviewed), Xbox One

It’s almost a fairytale underdog story. First a small Italian developer, KUNOS Simulazioni, creates a sim-style driving game for the PC. Between its initial early-access launch in November 2013 and its full release just over one year later, Assetto Corsa becomes something of a word-of-mouth hit, impressing the sim fraternity with the depth of its physics simulation and the authenticity of its handling. It’s soon regarded as one of the best racing games on PC – if not the best. Six months later, a console version is announced. Now it’s arrived, is there a chance Assetto Corsa can tackle the likes of Forza Motorsport and Gran Turismo on their home turf?

Maybe not. This is still unquestionably the work of a small team working on a small budget, without the polish, cars, tracks, weather effects and sheer attention to detail that goes into the console racing kings. What’s more, Assetto Corsa fumbles its single-player career mode, making it less than a joy to play.

And yet I think it’s going to be a huge hit with a certain kind of driving game fan. In translation to Xbox One and PS4, KUNOS hasn’t compromised on its feel, handling or heart and soul. If authenticity and convincing handling are what matter most to you, Assetto Corsa still might be the console driving sim you’ve been waiting for. 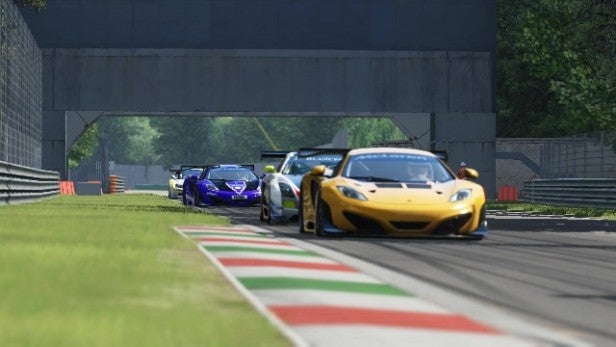 Let’s start with what isn’t quite so brilliant. Unlike GT, Forza or Slightly Mad’s Project Cars, Assetto Corsa feels like it was built to a budget. Forget luxuries like voiceovers, intros and linking cinematics – a bunch of rather spartan, slightly ugly menus are as good as it’s going to get. Victories aren’t celebrated any more than a defeat is marked; successful and unsuccessful events are registered with barely a shrug. There are almost too many options and settings, and too few of these are explained. The UI is a disaster.

Visually, it’s a solid-looking game without ever being remarkable. It has good tracks, a modern lighting engine and some beautifully modelled cars – clearly the focal point – but if you’re looking for something to rival Forza 6 for beauty, then you won’t find it here. The basics are all in place, but KUNOS doesn’t have the manpower for all those little details that bring the background scenery to life. And while it runs at a mostly smooth 1080p/60fps on PS4, stutters and judders can break out when taking some corners or when there are a lot of cars visible on the track – particularly in the chase-cam view. 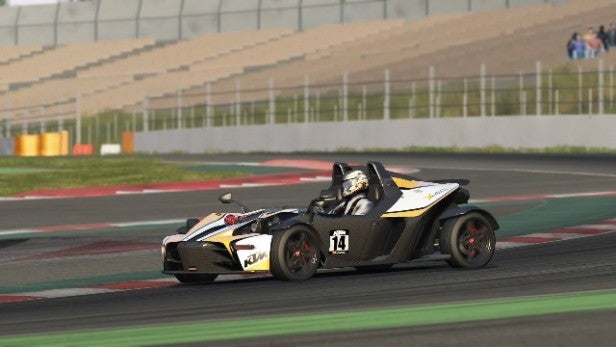 The career mode, meanwhile, is almost as uninspired as it is unrewarding. It’s another series of tiered collections of events, taking you through from a novice racer to a master, with many of the collections focusing on a small number of cars and tracks. This in itself isn’t much of a disaster, but KUNOS doesn’t seem to be interested in niceties like a gentle learning curve or variety, with some of the time trials easily completed and the races a nightmare to get through.

The AI, while not brilliant, is fast, precise and a little too unflappable, rarely making any errors and occasionally barrelling into you to knock you off course. It’s hard to get ahead, harder still to stay ahead, and it only takes one mistake to keep you out of the all-important medals you need to progress. For me, the glacial pace of progress, repeated use of the same cars and tracks, and the constant banging of head against brick wall was enough to spoil my interest. Where Forza and GT want to teach you to get better, Assetto Corsa just wants you to be skilled from the off. 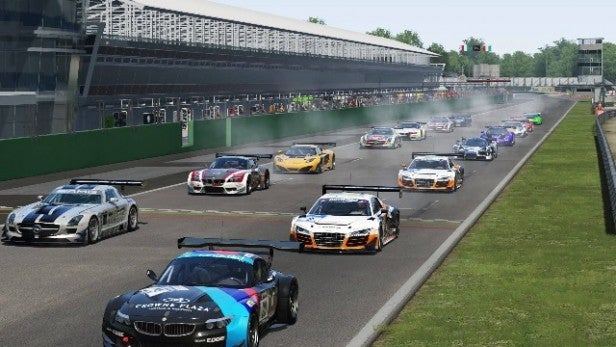 Luckily, the career mode isn’t the be-all and end-all. Instead of chiselling away at the next tier, it’s easier and more fun to throw yourself into individual races and time trials or – better still – a sprawling selection of Special Events. These give you a range of short and longer races, hotlap challenges, drift challenges and time trials built around a specific car/course combo, and while the AI can still be a source of frustration, these are generally a lot more fun. One minute you can be driving classic open-wheel Lotus racers in time trials around 1960s Monza, and a few minutes later racing Lamborghinis and McLarens around Silverstone or the Nordschleife. While you might wish for a little more structure to pull it all together and make you feel you’re achieving something, these bite-sized challenges do a great job of putting a smile back on your face.

Why? Because Assetto Corsa hasn’t lost the most important things in the move to console: the sublime handling and the incredible sense of immersion. Whether you’re driving a Fiat 500 Abarth, a Ferarri 599XX Evo or a Pagani Huarya, the feeling of traction, shifting weight and of tyres just on the edge of losing grip is absolutely brilliant, making Forza feel comparatively lightweight and taking the battle to GT. It doesn’t make Assetto Corsa easy – you have to learn to steer, brake and accelerate more smoothly, which is a challenge on a trackpad and only slightly easier with a wheel. But when it comes together and you’re shaving seconds off lap times and overtaking AI racers on the corners, it feels really satisfying. Simply driving these things is fun. 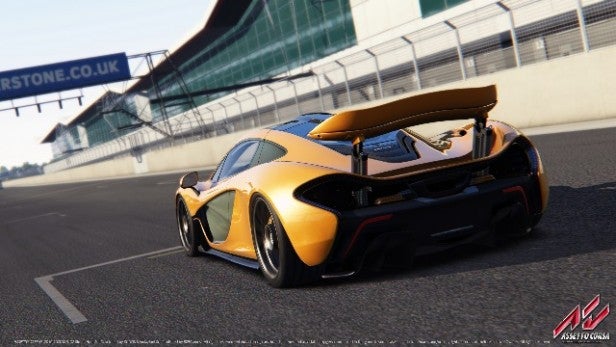 Assetto Corsa also plays clever with its driving aids, though the racing line indicator – a static line showing when to accelerate and brake – is possibly the most useless I’ve come across in years. You can keep ABS and Traction Control on, turn them up or turn them off, but both have factory settings to emulate how the car would drive in real life. You get a slightly easier drive but without losing that authentic feel.

Multiplayer is another plus point. The browser makes it easy to find games, join them while they’re still in the practice or qualifying sessions, then race against up to 15 rivals. The actual experience is smooth and lag-free, and the only real issues are the unfortunate tendencies of your fellow drivers to cause horrific collisions on the first or second bend, and to disconnect sulkily if they come off and fall out of the running. 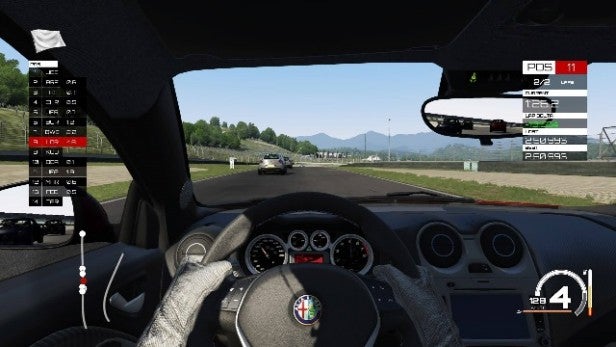 Yet if there’s anything that really sells KUNOS’s handiwork, it’s the way Assetto Corsa puts you right in the front seat of the car. It might not have the most detailed or perfectly textured cockpit views, but they’re superbly done, complete with convincing window reflections and grime. The sensation of speed is undeniable, the audio a cacophony of engine noise, tyre squeal and gears locking into place.

Do yourself a favour: whack some headphones on and sit up close to the screen. Grab a wheel if you have one – it will make racing slightly easier – and make the most of this formidable, if unforgiving, game.

Assetto Corsa has its share of problems. It can’t compete with Forza, Gran Turismo or Project Cars when it comes to looks, cars or tracks. The career mode is tedious and often frustrating, and the presentation makes it feel even nerdier and less accessible than it is. Yet the core driving experience remains magnificent, with some of the best handling and most immersive racing around. This isn’t a racer for everyone – it’s tough, demanding and a bit too hardcore – but if you want a sim with thrills and authenticity, it’s well worth taking for a spin.