Assassin’s Creed: Liberation HD sees 2012’s PlayStation Vita game remade for PC and last-gen consoles, with a few adjustments to the gameplay and some fairly serious graphical enhancements. Now, whether they’re reworking an old console game or making a handheld game available on other platforms, these HD remakes tend to go down in one of two ways. Some, give the game the extra space it needs to shine, removing hardware constraints and improving the action in a range of subtle ways. Others merely expose the limitations of the original, proving that on a big console with a big screen it just can’t cut the mustard. The good news with Liberation HD is that it’s mostly a case of the former. 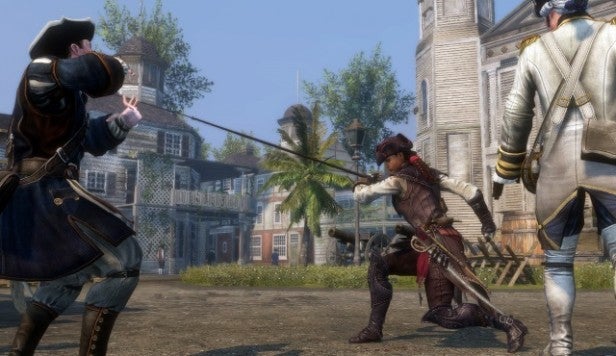 The Vita original was released to tie-in with Assassin’s Creed III, with the same colonial American setting and roughly the same period – and even a guest appearance from a well-known member of the cast. Yet, coming to it fresh from Assassin’s Creed 4, Liberation HD seems like a stepping stone between ACIII and its pirate-themed sequel. It keeps all the modern day framework stuff to a minimum, takes a lighter approach, and has a similar focus on ancient Mayan ruins and conflicts with a predominantly Spanish ruling class.

Liberation HD also has two other things going for it: a simple but satisfying plot, and a protagonist you can actually root for. For once we have a heroine, Aveline de Grandpre, who leads a double-life, on the surface the spoilt mixed-race daughter of a wealthy French merchant in 1760s New Orleans, but underneath a crusading Assassin, battling against slavery, colonial tyranny and the Templars. It’s a struggle that will take her through daring rescues, bold assassinations and trips to the bayou, Mexico and the wild frontier, and one that sees her learning the truth about herself and those she holds dear. In short, it’s a classic pulp-fiction ripping yarn, but one that’s not nearly as self-consciously epic or ponderous as the Revolution narrative of Assassin’s Creed III, and Aveline makes a likable, spritely heroine with a clear sense of right and wrong.

One of the reasons why Liberation HD works is that it’s a stripped-back Assassin’s Creed, freed from all the ballast and baggage – all the endless economies and systems – that have been bolted onto the franchise over the last five years. Sure there are optional side-quests, a simple trading sub-game and various bonus items to discover, steal or collect, but the focus of the game is very much on free-running exploration, stealth and the careful slaying of deserving parties. 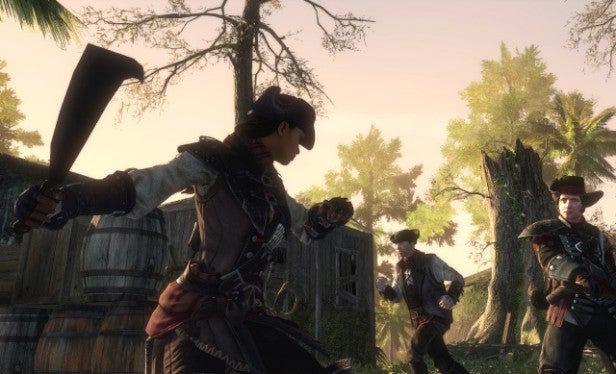 Liberation HD also benefits from some clever trimming from the original. Sequences have been skipped or adjusted here and there to up the pace, and some of the more annoying, gimmicky features of the Vita version have been excised or replaced, so there’s none of the envelope opening, lens-focusing, screen-tapping nonsense that occasionally spoilt the flow.

Most importantly, the remake no longer seems to struggle with the limitations of the platform. It’s not just a visual thing, though refined character models, new textures, proper facial animation systems and new particle and lighting systems make Liberation HD a closer match to Assassin’s Creed 3, though not up to the exceptional standards of AC4: Black Flag. The frame-rate no longer crumbles as the action heats up, and Aveline spends less time getting stuck in the scenery. Streets and urban areas that once seemed deserted now teem with life and detail, and the swamps of the bayou no longer feel like a desolate and underpopulated waste. 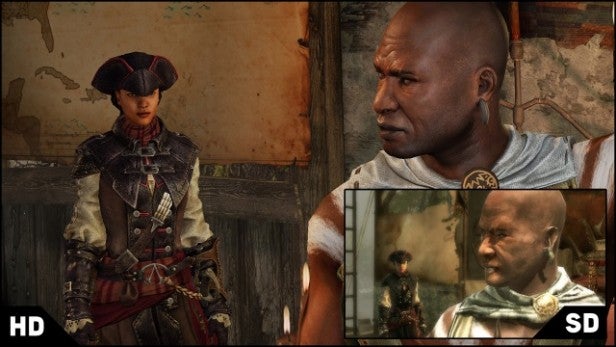 Liberation HD can’t match AC: Brotherhood’s Rome or AC: Revelations’ Constantinople when it comes to depth of content, or AC4: Black Flag when it comes to scope, but it now feels finished, not rushed and artificially small in scale.

It also plays better than it did before. Aveline always had pace and a great arsenal of tools and weapons, but she now handles much like Edward Kenway in Black Flag, and the counter-and-blow combat feels faster and more fluid too. Aveline retains her useful chain-kill ability, where you can pause the action, select targets then watch her execute them one-by-one, and the blow pipe and whip help take some of the work out of the larger-scale encounters. Whether you’re racing along the rooftops to halt the Spanish governor in his tracks, sneaking from branch-to-branch in the Bayou to take out a renegade voodoo priest or exploring the caverns beneath an ancient ruin, Liberation HD is a lot of fun.

If Liberation HD has a fault, it’s that it still feels like a side-story rather than an essential chapter in the series. Many of the scenarios and so much of the gameplay comes straight from the Assassin’s Creed playbook, and we all know what familiarity breeds, while a few genuinely interesting game mechanics are woefully under-explored.

At almost any time Aveline can walk into one of many unlockable changing rooms and transform into one of three guises: the lady, the assassin or the slave. The lady can flirt with gentlemen and get them to escort her or at least unblock her way, but can’t free-run or climb and has limited offensive powers. The assassin has the traditional assassin kit and capabilities, while the slave trades some of these for the ability to evade detection by merging in with bona-fide slaves. 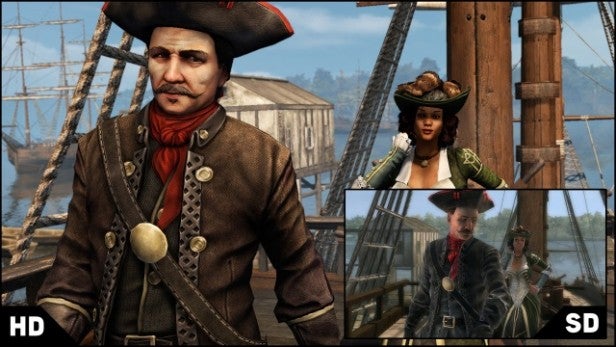 Sadly, the game practically shouts at you when it’s time to adopt one guise or another, and in most cases you can only complete the mission in one guise. If Liberation HD had used the guise mechanic to open up different approaches to the gameplay, like a Deus Ex or Dishonored, then it would feel like a bolder and more innovative game. As it is, it’s a little half-hearted. If everything about the game showed the verve and imagination it finds in its heroine, then Liberation HD would seem less like a stopgap, and more like a fully-fledged story in the saga.

That doesn’t mean it’s not a good Assassin’s Creed, or occasionally a great one. It’s not quite as invigorating as Black Flag when the ship puts to sea, but it holds up better than the over-ambitious slog it was once tied into. All the same, while Liberation HD offers fans a lot for a budget, download-only price, it’s not quite strong enough to stand up if you’re new to the series, or growing tired of it.

Verdict
While some handheld games can’t stand up to the HD remake treatment, Liberation looks good and plays better on the bigger screen. As a streamlined Assassin’s Creed with a simpler and more engaging story, Liberation arguably holds up better than Assassin’s Creed III, though it hasn’t got the freedom or depth of content of Assassin’s Creed 4. As a result it’s a fine bonus chapter for Assassin’s Creed fans, if not essential playing for anyone else.

Next, read the Best New Games of 2014: what to look forward to