Had you all but given up on the Assassin’s Creed: Chronicles series after the miseries of India? You’re not alone. The most unexpected thing about the third and final chapter, Russia, is that it actually merits giving the spin-off saga one last try. In fact, it’s a decent finisher, providing some much-needed surprises, two likable heroes and an interesting plot to tie the whole shebang together. Best of all, you can play it as a direct sequel to China and pretend that India never existed – good news if you were smart enough to skip the middle game.

Here the setting is revolutionary Russia in late 1918, with our hero a tired, disaffected old assassin, Nikolai Orelov, running one last mission before going AWOL from the order. Orelov is on the trail of that old AC chestnut, a piece of Eden, but on infiltrating the mansion where it’s held he finds another prize: an enigmatic figure from history who turns out to be a second protagonist for the game. 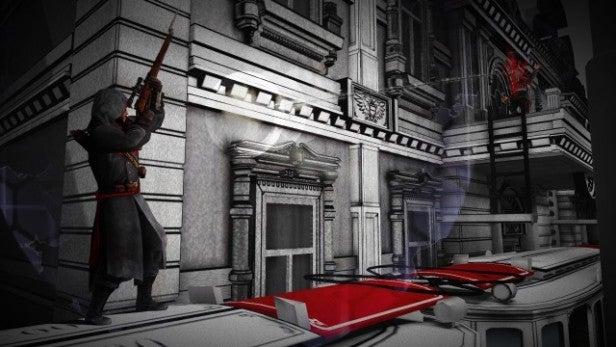 The dual character approach is one of the best things about Russia. For parts of each level you’ll be Orelov: a tough, experienced killer with a rifle, bayonet and Tesla-modified grapple, useful for pulling down platforms and shorting the generators used for electrified barriers and spotlights. For other parts you’ll switch to his charge, a younger, more vulnerable character with a growing set of capabilities, including a rope-blade and many of the cloaking, position-shifting helix powers we’ve encountered in the first two Chronicles games.

Predictably, there are sequences where one protects the other but Russia is too smart to hit you with a series of escort missions. The focus is always on changing the pace, ensuring that a stealth sequence switches to a chase sequence which flips into a guard slaughtering challenge. We even get 3D sniping sequences, helping to mix up what’s otherwise another 2.5D stealth/platform game. 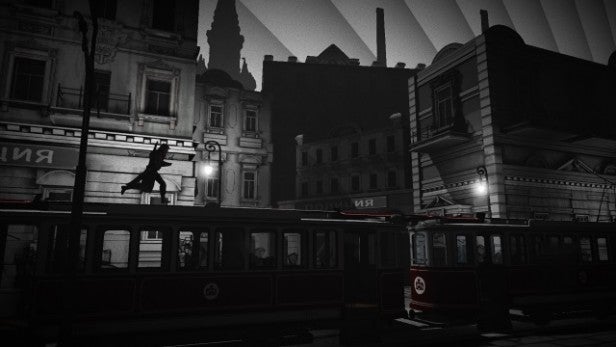 You might wonder how Assassin’s Creed might work in such a relatively modern setting, but snipers, spotlights, gas explosions electrified barriers and machine gun nests create credible new challenges for our heroes, while Orelov’s rifle can be handy for distractions and taking out foes at long range. You’ve also got to love a game where the telephone becomes an asset, allowing you to call a guard in another room to distract him from his post.

Meanwhile, the use of more familiar events and famous figures gives Russia a little of the historical grounding that’s so much part of the Assassin’s Creed experience, and that the Chronicles series has sometimes missed. Throw in a new visual style, with a restrictive orange, red and grey colour palette pulled from early Soviet posters, and 1918 Russia turns out to be as strong a setting as 16th Century China. 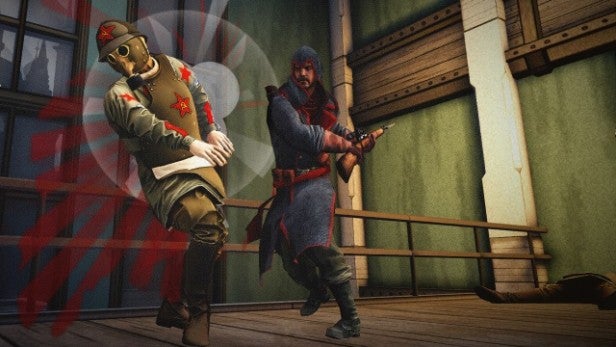 When it’s good, Russia is easily the best of the three games, with smart level designs that ask you to treat each section as a puzzle and come up with your own solution. Faced with six patrolling guards inside a room? Take two out from the vents, one from the ceiling, one from behind and two from the windows, each one dispensed with a perfect sneak attack. The skills you’ve acquired in stealth and guard-watching will be challenged, but there’s enough flexibility to stop the action turning into another India-style trial and error nightmare. You might swear that a train can’t be cleared of squads of bloodthirsty Bolsheviks, only to work out, to your delight, that it can.

When it’s bad, sadly, it’s every bit as infuriating as India. The team at Climax can’t resist lengthy, frantic escape sequences where a single error ends in your demise, nor challenging stealth sections with insta-fail restrictions. Every spotlight that catches you has a world-class sharpshooter attached, guaranteeing your death within milliseconds of appearing in the beam. A single whack with a rifle butt can put you out of commission, while it’s rare that your discovery isn’t followed by a fatal shot. 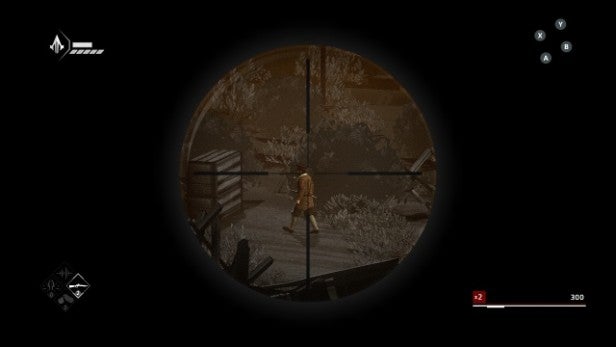 At its very worst, Russia can still feel like you’re rehearsing a series of moves, trying to get each one perfect, then finding there’s a new move required at the end. Hello, sudden death. Better luck next time. Your job isn’t to experiment or improvise, but to work out what the developers had in mind then do your utmost to deliver it. At its very worst, Russia requires levels of patience and persistence that many of us just won’t have.

In Chronicles: India, this proved disastrous for my involvement in the game, but then India didn’t have enough spark or interest to pull me through the bad times. Russia does. It has strong, memorable characters, good narrative hooks and enough suspense and excitement to pull you through just one more go. It’s not great enough to turn the Chronicles saga from a curiosity into a must-have, but at least it ends it on the same positive vibe that China kicked it off with.

Verdict
With two engaging heroes, a solid story and some great new gadgets and mechanics, Russia brings the Assassin’s Creed spin-off series to an unexpectedly satisfying close. Unforgiving difficulty and some tiresomely rigid insta-fail level designs make it a hard game to love unreservedly, but if you liked China and loathed India, this is the best of the bunch.