The ASRock board serves up solid application performance and a good range of features – but it’s a more mediocre performer in games and has a modest physical design.

The ASRock Z390 Extreme4 is a mid-range motherboard that’s designed to work with 8th-gen and 9th-gen Intel CPUs. As such, while on paper it can support high-end CPUs such as the Intel Core i9-9900K, it’s better suited to housing a less demanding processor.

The ASRock’s higher price does buy you a good set of features for a board at this end of the market.

For instance, there are three PCI-E x16 slots. Two of them have steel supports, and two can be used at 8x speed – so, along with support for AMD CrossFire and Nvidia SLI, you have full support for dual-graphics in this machine. ASRock even includes an SLI bridge in the box. 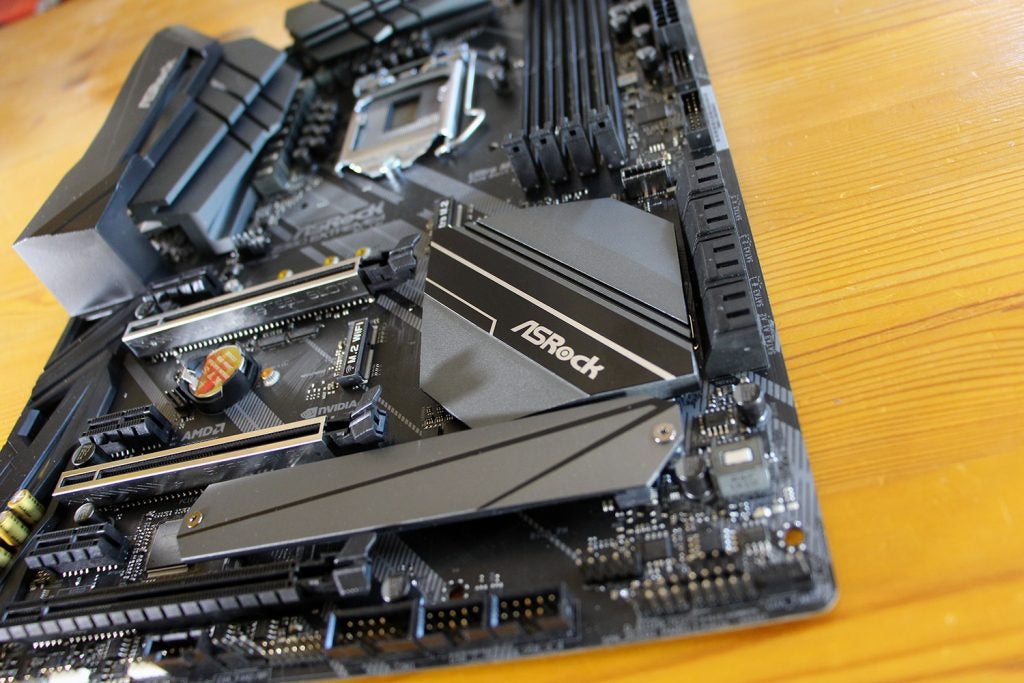 ASRock’s board serves up two M.2 slots for storage and a third for Wi-Fi cards – just like the cheaper MSI – and it has a mighty eight SATA ports, which is two more than all of its rivals. Bear in mind that two of those SATA ports don’t support RAID, however.

The rear I/O is good, too. There are five full-size USB 3.1 ports and a smaller Type-C connector. That’s more USB connectivity than you get on most rivals, even if four of those full-size ports use the slower USB 3.1 Gen 1 standard. The board has a PS/2 connector, five audio jacks and optical S/PDIF.

The ASRock’s rivals all have six SATA ports rather than the eight that this board boasts, and only the Gigabyte can compete with the ASRock for USB 3.1 connectivity at the back panel. Pleasingly, there’s also an on-board USB Type-C connector for cases that have front-mounted Type-C ports.

In a few other areas the ASRock is more ordinary. 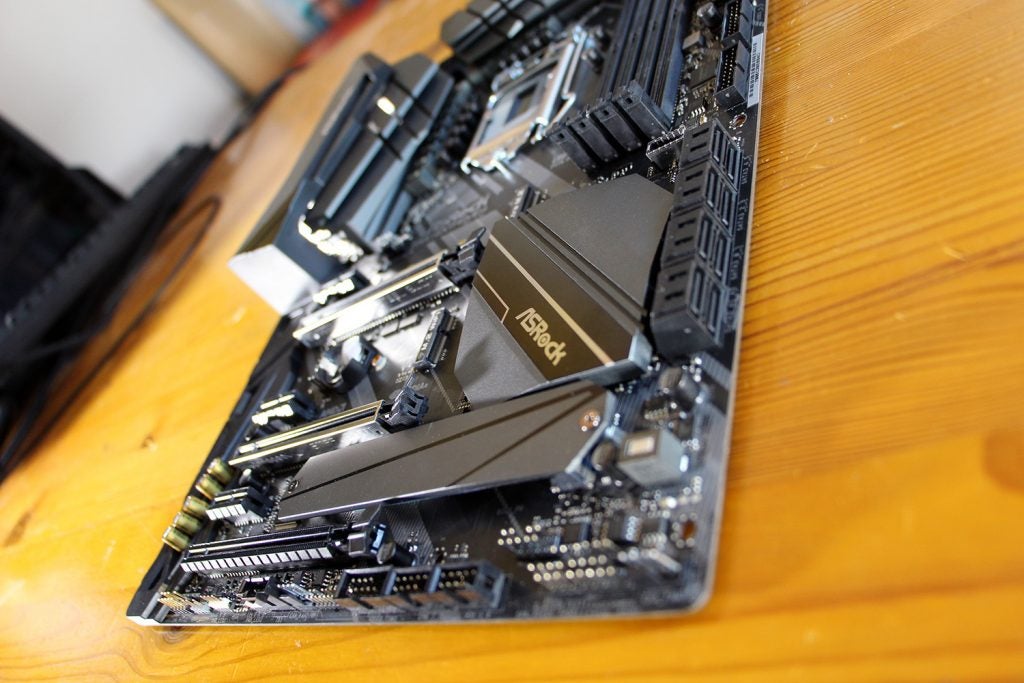 The ASRock has support for a standard 64GB of DDR4 – fine, although some boards offer twice as much – and the Realtek ALC1220 audio codec is only a little better than the entry-level audio circuitry seen elsewhere.

You get normal Gigabit Ethernet, and no Wi-Fi. There are pairs of on-board USB 3.1 and USB 2 headers, just like every rival, and five fan connectors is entirely average. You do get an extra four-pin CPU power connector, which is handy for overclocking, but the Aorus and MSI boards also have that.

The ASRock looks plain, too. There are RGB LEDs around the southbridge heatsink and in the heatsinks and shrouds on the left-hand side of the board, but that’s the same sort of hardware that you’ll find elsewhere. And, while the board has three headers for RGB lighting elsewhere in the system, the cheaper MSI has just as many – and the Aorus has more.

The rear I/O cover and all of the ASRock’s heatsinks are smart, with dark metal and plastic used throughout, but they’re not as eye-catching as the Tomahawk’s military styling or the gregarious, larger heatsink hardware on the Aorus. 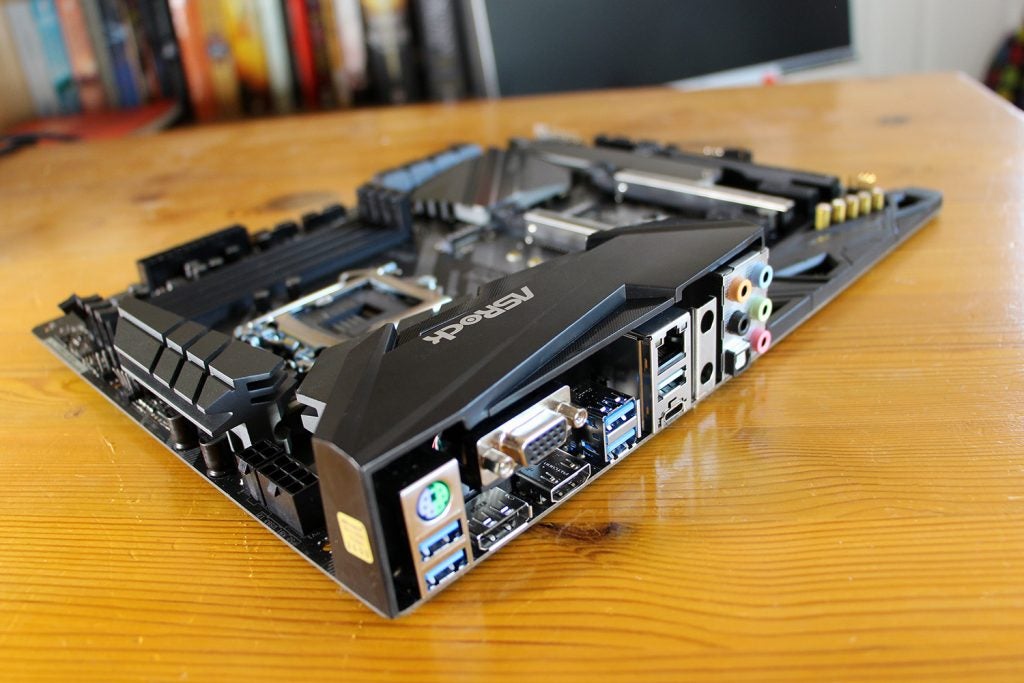 The ASRock has a reasonable set of features, especially when it comes to I/O connectivity, PCI options and storage – and its benchmark results showed acceptable performance in applications.

Its Cinebench single- and multi-core results of 204cb and 1486cb are reasonable – the former is level with some rivals, while the latter is a few points better than the Asus and MSI boards. It performed similarly in Geekbench, where both results were a little better than those other affordable boards.

It managed to beat the Asus and MSI boards in the Sandra processor arithmetic test, which bodes well for this board’s performance in applications and when running productivity tools.

However, Gigabyte’s Z390 Aorus Pro proved faster still in Cinebench, Geekbench and Sandra – so that board will be even better for applications.

Its memory performance is among the best in the entire Z390 group, which bodes well for applications. Its storage performance is more ordinary, but certainly isn’t awful.

This board isn’t built for gaming, though. Its 3DMark Time Spy and Fire Strike scores are mid-table, with both bettered by the £173 Gigabyte board. It lagged behind in Middle-earth: Shadow of Mordor, and could only return mediocre results in Shadow of the Tomb Raider. 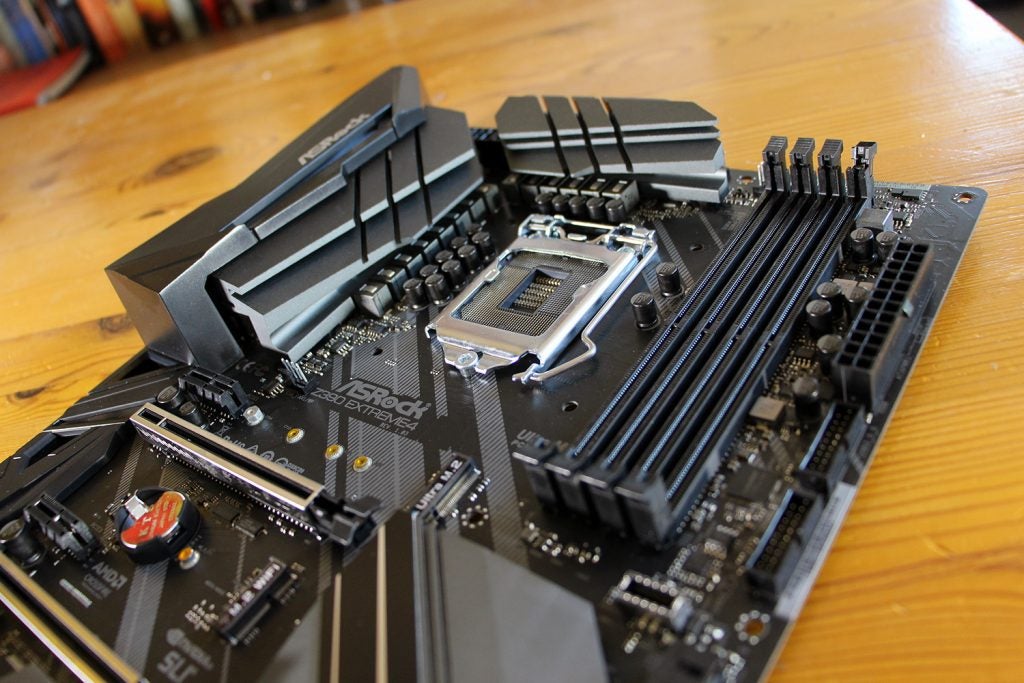 The ASRock Z390 Extreme4 has a solid set of features, including good PCI-E options, plenty of rear I/O and a good storage interface.

In terms of benchmarks, however, it’s inconsistent. It regularly fell behind its affordable rivals in games, but it did manage to outpace most of its competition in application benchmarks.

Gigabyte’s Z390 Aorus Pro was faster in both applications in games, and it has a similar set of features for only a few pounds more.

If you want a board with particularly subdued physical design – or with lots of SATA ports – then the ASRock is a solid option. It’s also good for systems where you’ll be working rather than playing.

However, the similarly priced Gigabyte board is better in all situations and has a similar set of features, so that’s the affordable Z390 board I’d opt for.

The ASRock board serves up solid application performance and a good range of features, but it’s a more mediocre performer in games and it has modest physical design. It isn’t bad, but its key rival from Gigabyte is better in most departments.