The G10 largely lives up to its billing as a very fast Wi-Fi router, but it doesn’t set any records. At peak I measured it as being able to deliver 70.8MB/sec using the 5GHz frequency when positioned 1m from the receiver – an Asus PCE-AC68. That’s comfortably among the fastest routers I’ve tested, although it’s beaten to the top spot by the Netgear R7500’s 80MB/sec.

Given the short range, that peak throughput is little more than theoretical. Instead, my second test at a range of 5m with two brick walls in between the router and receiver  provides a better indication of true performance.

Here the G10 delivered 39MB/sec. This beats all but the Linksys EA6900, which could manage an exceptional 47Mb/sec. Most other routers in this class manage around 35MB/sec. 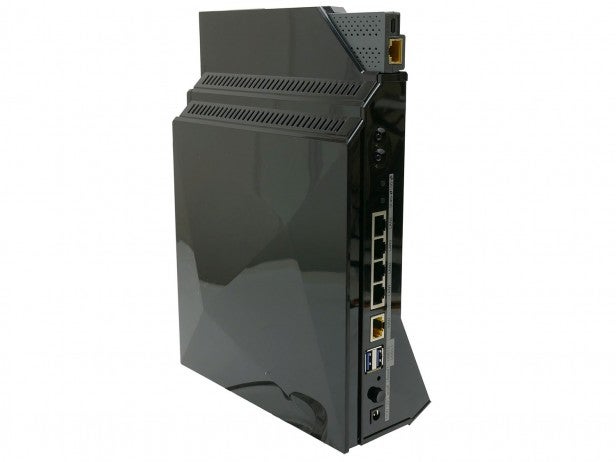 In the slower 2.4GHz band the G10 produced some peculiar results. At 1m it could manage only 9.6MB/sec, which is almost exactly half what most of its competitors could muster at this range. This trend continued in the mid-range test, where the G10 delivered 5.5MB/sec, compared to 10-12MB/sec for most competitors.

However, at the longest range test the G10 not only pulled into the lead but actually outperformed itself in the mid-range test, managing 8.9MB/sec. The next nearest competitor – the EA6900 – hit 8.1MB/sec, followed by the R7500 with 7.1MB/sec.

While I repeated my tests numerous times and achieved the same results, it’s fair to assume that the G10’s closer-range performance figures are somewhat anomalous and that the 8.9MB/sec figure at range gives the best indication of the performance of which this router is capable. 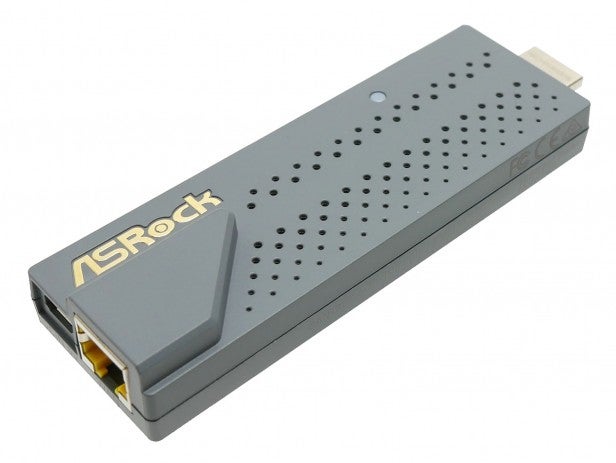 That said, when it comes to USB transfers the G10 didn’t exactly excel. It could manage only 11.7MB/sec read and 10.8MB/sec write speeds.

As for those Gaming Boost feature, it’s simply traffic prioritisation. The router is able to detect when network traffic is from a game rather than, for instance, a file download. It’s a useful feature, although nothing new, and it only really has an impact if you happen to be gaming while someone else in the house is streaming a particularly high bit-rate video or downloading huge file.

Overall, though, this is a capable and fast router that proved rock-solid and stable in our tests. It just isn’t perhaps the absolute fastest out there. 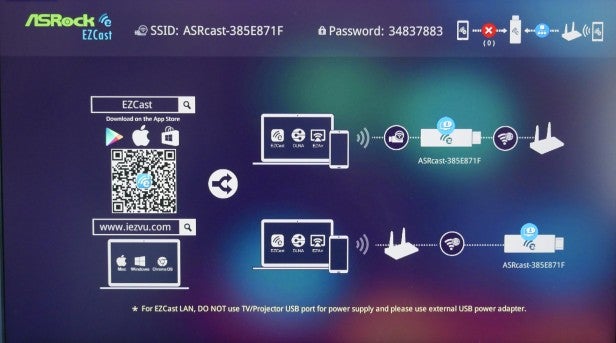 The H2R is, quite frankly, a strange addition to the G10. There simply is no need for it to be included, let alone commanding a dock in the router.

That said, it has its uses. It can be plugged into the back of any TV or monitor via an HDMI port and used to stream content from DLNA servers or from your phone. It can also function as a travel router via its network port, allowing you to extend the wired-only network provided in some hotels.

Together that’s quite a useful set of functions for those who travel, although when it comes to streaming, for home use a Google Chromecast is certainly far easier to use. 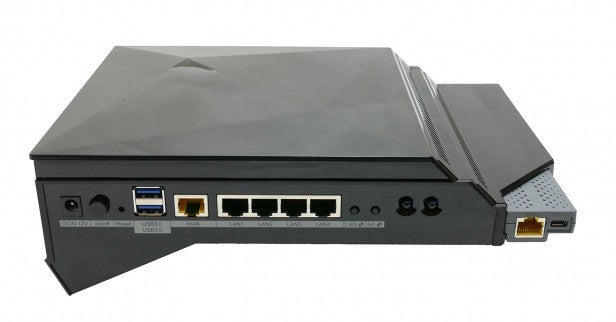 Should I buy the ASRock G10?

This is a powerful and capable router that would be a useful addition to most homes. While none of its extra features – Gaming Boost, H2R and IR transmitter – is particularly compelling, they do add up to make this among the most feature-rich routers you can buy.

What’s more, they don’t add a huge amount to the price. With most AC2600-class routers costing between £150 and £200, at £166 the ASRock G10 offers good value. It does trail the fastest routers slightly, but on the whole offers the sort of performance you’d hope for.

Letting the side down slightly is poor USB transfer performance, a slightly clunky UI, a lack of external aerials and a wall-mounting option. Combined they mean this router ends up being one to consider, rather than one to rush out and buy.

With extra features galore for little extra outlay, the ASRock G10 should be a smash hit among AC2600 routers. However, since few of its extra features are truly compelling and its performance isn’t exactly class-leading, it’s simply worth considering rather than a smash hit.