ASRock has thrown the kitchen sink at the G10, creating a router that packs in just about every feature you could imagine.

Top of the list, at least according to ASRock, is its Gaming Boost feature for prioritising gaming traffic – but really that’s the least of it. You also benefit from AC2600 Wi-Fi speeds, built-in NAS and printer sharing, a built-in infrared transmitter for controlling your devices via your network, and the H2R media streamer and travel router.

Not surprisingly, all this doesn’t come cheap. So the question is: do all these extras justify the price, or are they just gimmicks?

There’s no mistaking the G10’s gaming-orientated status. Its angular, glossy black plastic body screams gaming gear, as does its oversized glowing blue strip that runs down from the top to a quarter of the way down the front of the device. It looks striking straight out the box. 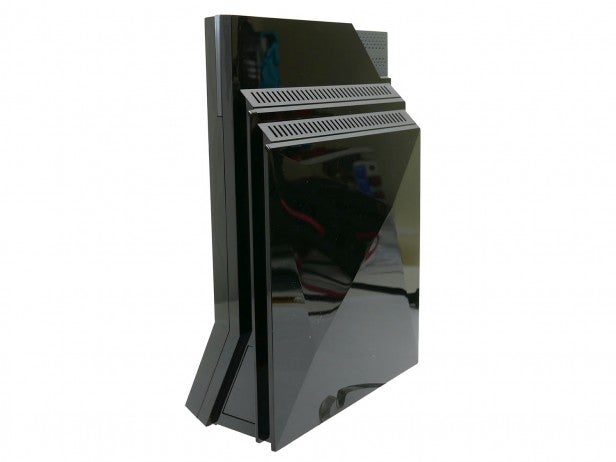 Intriguingly, the G10 has been designed to be mountable only in a vertical orientation. While this keeps the unit’s footprint small, it’s quite a tall device (266mm) so you’ll need to keep that in mind if you’re planning to mount it on a shelf. Also note that it isn’t wall-mountable, which further limits where it can be placed.

Only a light is visible on the front of the G10; all the other features can be found along the back. There’s the H2R travel router, which sits in a slot at the top, below which are the IR transmitters, WPS buttons for the 5GHz and 2.4GHz Wi-Fi, four Gigabit LAN Ethernet ports, a Gigabit WAN port (this is a router, not a modem router so a separate modem will be needed), two USB 3.0 ports, the reset button, power button and power input.

Although this approach keeps everything looking tidy from the front, it does mean that it isn’t as convenient to plug in USB sticks for sharing files and it also severely limits the usefulness of the IR transmitter. If the router is mounted on a bookshelf, say, the IR will be completely blocked.

Indeed, overall I’m not taken with the practicality of the G10’s design. The unit tends to topple over, the H2R being in the back makes it difficult to remove and stow away, plus I don’t particularly like the look.

You’ll also note the lack of external aerials, which goes some way to explain the overly tall design. Although this means there’s one less thing to worry about, there’s no option to attach alternative external aerials. 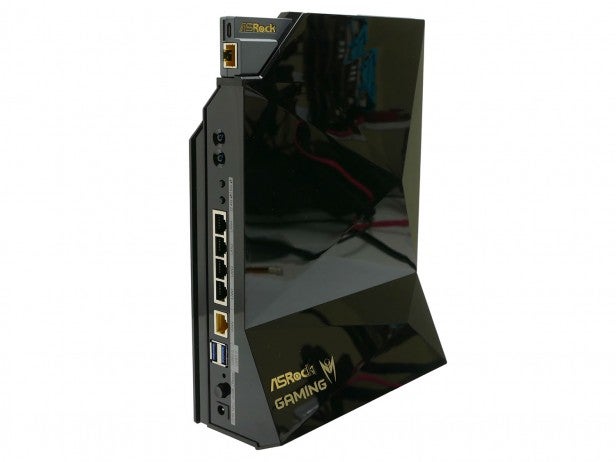 Eight internal aerials are used to allow for up to 800Mbps Wi-Fi speed using the 2.4GHz frequency and up to 1,733Mbps using the 5GHz frequency. Those are impressive figures, but as with many ultra-fast Wi-Fi routers, you’ll need the compatible hardware to actually see the benefit.

There are still very few client devices that support the maximum speeds of AC1900, which doesn’t currently include laptops, phones or tablets. Instead, you’ll need a separate adapter, or you can use a router-to-router arrangement to wirelessly bridge a gap between buildings, for instance.

What you do get, however, is the benefit of potentially faster throughput to many devices at once, and better throughput at range. Unfortunately, these benefits are difficult to test in a repeatable manner, so we have to rely on simply using the router in a busy house for a few days to see how it copes.

The two USB ports can be used for either sharing files from USB storage devices or for sharing printers. Since both are USB 3.0, there’s the potential for high-speed transfers.

Being a gamer-orientated product, the G10 has an interesting user interface. Once everything is connected up to the router, you can access the UI either by heading to 192.168.1.1 or by downloading the ASRock G10 app for your phone.

The app will allow you to search for your router and configure a basic setup, but also provides the opportunity to add multiple routers for those households with more demanding networking needs. 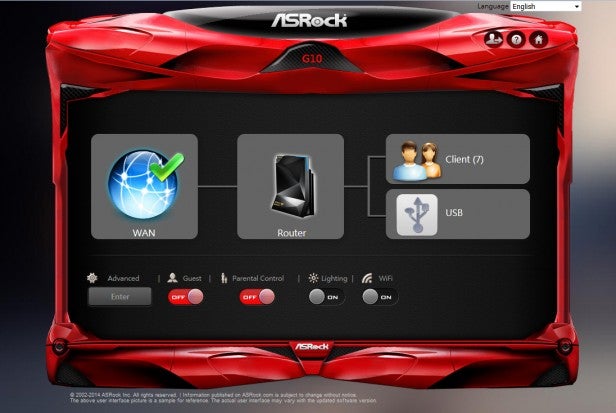 It’s in the router’s main UI that the bulk of configuration will take place, however, and it is here that the layout is intriguing. The basic view is very much that, with perhaps a little too much hidden away. Meanwhile, the advanced view is fairly stark although logical enough in its layout.

All the essentials are present and correct, and digging deeper reveals that there is enough here for most power users to be able to configure the G10 as needed. 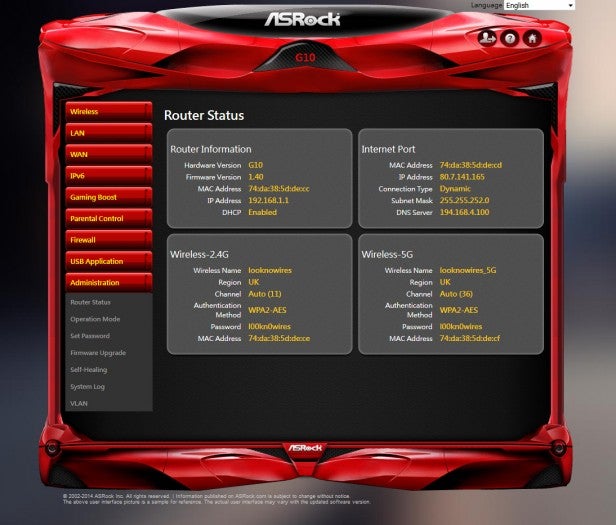 One item that did cause confusion was setting up the printer-sharing function. The utility needed to enable this isn’t mentioned anywhere on the ASRock website, but rather is linked to only from the router’s UI. On my initial try, however, clicking on this didn’t fire it up. Only after updating the router’s firmware was the link corrected and the utility was able to be installed.

Once installed the utility gets the job done and printing worked just fine.