What is the ASRock Fatal1ty X370 Professional Gaming?

The latest gaming board from ASRock mixes the venerable Fatal1ty brand with the latest technology from AMD. Its £259/$332 price is high, but it’s packed with features.

The priciest AMD board I’ve tested wields the full might of AMD’s top-tier chipset. The X370 silicon has more USB and SATA connections than any other new AMD chipset, and it has extra PCI-Express lanes – ideal for really going to town on super-fast storage and GPUs.

It’s also the only new AMD chipset to support multi-GPU on Nvidia cards – the B350 chipset also runs CrossFire for AMD’s hardware. 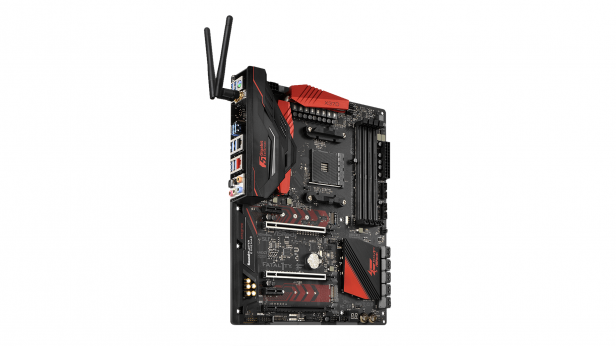 ASRock has used the chipset’s power to support four Nvidia and AMD cards. It’s one of the only gaming boards around to still offer this feature, which will appeal to the most demanding of enthusiasts – whether it’s for gaming, work, or bitcoin mining. The board’s bottom edge continues to attract high-end users with power and reset buttons and a two-character POST display.

In fact, excess is a theme in other areas of this board. I’ve not seen a motherboard with ten SATA 3 ports before, and they’re partnered with two M.2 connectors – so even the keenest of storage fiends will be sated. Two of the PCI slots are surrounded by steel to support the beefiest graphics cards, and the base clock engine on this board can be tweaked to finer margins than on most other boards. That’s another little detail that overclockers will appreciate. 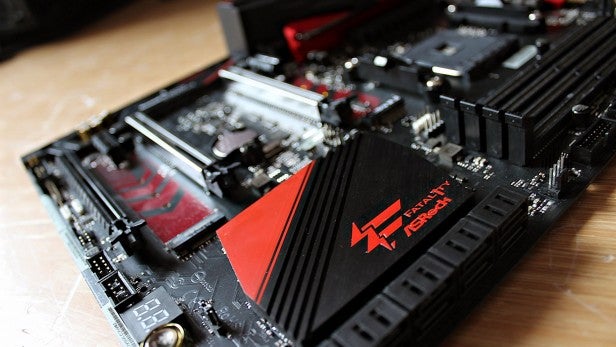 The ASRock is similarly over-the-top in more conventional areas. You won’t find many motherboards that run their DDR4 faster than 3200MHz, and the board includes RGB LEDs in its heatsinks and audio circuits – and it has two headers that are compatible with light-strips. Many other boards just have one.

The AMD AM4 socket and its quartet of memory slots are accompanied by three PCI-Express x16 slots. Two of them run together in 8x mode, which means they’re ideal for multiple graphics cards, and there are two PCI-Express x1 sockets. The board has plenty of USB and fan headers, including one header tuned to work with water pumps.

It’s got Creative Sound Blaster 3 audio and accompanying software. It also has software tools for editing macros and adding a sniper mode to your mouse, and the BIOS is reasonably intuitive too – not as easy to use as Asus’ software, perhaps, but decent. ASRock also includes accessories, including two Wi-Fi aerials and a high-bandwidth SLI bridge.

It certainly looks the part. Its heatsinks show off deep, metallic red sections, and the heatsinks around the CPU socket merge with a dark, chunky shroud that covers the rear IO. That rear section is well-stocked, too: plenty of USB 3.1 ports, a Clear CMOS button button and two Ethernet ports take pride of place. There are also two connectors for the Wi-Fi aerials that arrive in the box.

There isn’t much missing from this board, then – I’d have preferred a third PCI-Express x1 socket, but that’s about it.

This AMD-based board might be designed for gaming, but that’s not where the ASRock truly impressed in benchmark tests.

Its best scores came in application benchmarks: its single- and multi-core Geekbench 4 results of 4561 and 23,597 are the best I’ve seen from an AMD Ryzen board – others have done better in individual tests, but no product has done this well in both. 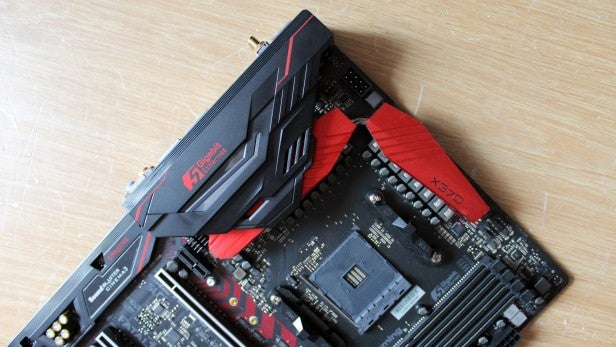 Those impressive application speeds are bolstered by SSD performance. The ASRock zipped through the CrystalDiskMark read and write benchmarks at 522MB/s and 516MB/s – again, the best from the latest bunch of AMD-based products.

Its 3D Mark result of 6923 is good, but it’s not great – the MSI X370 Gaming Carbon was marginally faster. It’s not enough to make a difference in most games, but it’s an important statistic if you want the fastest board around.

It’s a mixed back when it comes to power consumption, too: its idle power draw of 61W is high, but its peak figure of 119W is middling.

Should I Buy the ASRock Fatal1ty X370 Professional Gaming?

ASRock’s gaming board certainly looks the part, and it’s packed with features – to the point where, in some areas, it almost has too much to offer.

And, oddly, it’s not the best AMD board I’ve seen in gaming benchmarks – although it’s undeniably quick, it really shines in application tests.

When it comes to features on the AMD side of the fence, this is the busiest board I’ve seen. Combine that with its solid performance and it represents a great option if you’ve got a huge budget to match your high framerates.

This board is packed with features that go a long way to justifying its high price, and it’s a solid performer too – although, surprisingly, it’s better in applications than in games. Despite that, it’s a great high-end choice for Ryzen rigs.