Available on PS4 (version tested) and Xbox One

2017 has been a phenomenal year for sports games. We’ve seen the pinnacle of racing, with F1 2017, Forza 7, GT Sport and Project Cars 2 offering incredible depth and visual spectacle. Footie fans were wowed by PES 2018 and FIFA 18 – though the latter appears to have suffered post-launch thanks to some detrimental patches. Madden 18, NBA 2K18 and NHL 18 all evolved, too.

Ashes Cricket doesn’t come close to matching its peers, but while it suffers more than a few knocks, this is certainly a very good cricket game with great depth.

Ashes Cricket, much like the F1 series and EA’s golf games, has the potential to grab a huge casual fanbase. Launching just ahead of the Australian Ashes, there’s opportunity that this game could be an impulse buy for many enthusiast players as well as the hardcore audience. That’s why I was so disappointed with its lacklustre tutorials. There are guides on batting, bowling and fielding, along with practice games to help further hone your skills – and none of them actually fully explain the game’s mechanics. They don’t explain what each thing does, just describe what they are.

In bowling, for instance, if you don’t know what a Doosra or ‘Effort’ delivery is, Ashes Cricket certainly won’t tell you, offering no help whatsoever. It doesn’t explain when each delivery is most effective, what it does, why it’s effective, nothing. Simply saying “push this button to bowl a leg cutter” is a pretty poor tutorial, and does nothing to welcome newcomers picking up the game for the first time. I’m not ashamed to say I turned to Google more than a couple of times, and even then still found myself struggling. 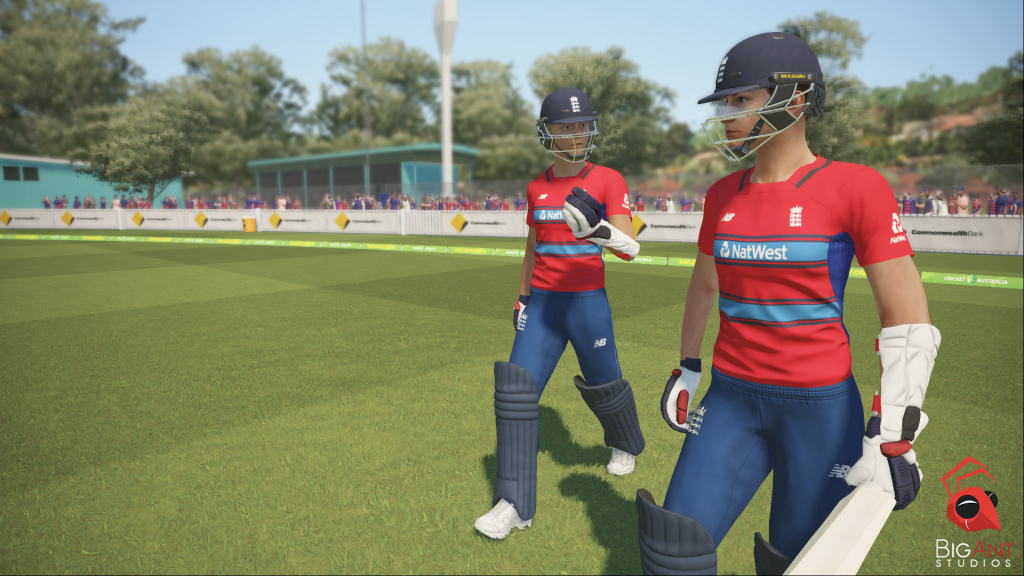 There are also multiple difficulty settings when entering a match, which don’t adequately explain what they do. Different difficulties can be selected for batting and fielding as well as an overall match difficulty, but the impact of each is not explained at all. It was only several overs after adjusting each that I noticed what they changed – making bowling harder makes the timing cursor move faster, while making it easier automatically stops you bowling a no ball, for instance. It doesn’t seem like a big stretch to explain just a bit more to help players cater their experience properly, considering the great breadth of sliders available.

With that said, for those who do know their googly from their short third slips silly mid ons (each of those is an actual field position, I know, I checked), what you have here is an excellent and detailed representation of the actual sport.

Ashes Cricket offers solid depth with both bat and ball when it comes to shot and delivery variation, and much like the real sport, will require a great patience to both unpack all it has to offer and rack up runs while knocking down wickets. Learning which shots to play, adapting to spin and pace bowlers and also how to take stumps yourself is a great test of skill, and Big Ant Studios has also provided two control methods for those not a fan of the classic analogue stick inputs, now presenting a more traditional button-press method which is far more user-friendly. 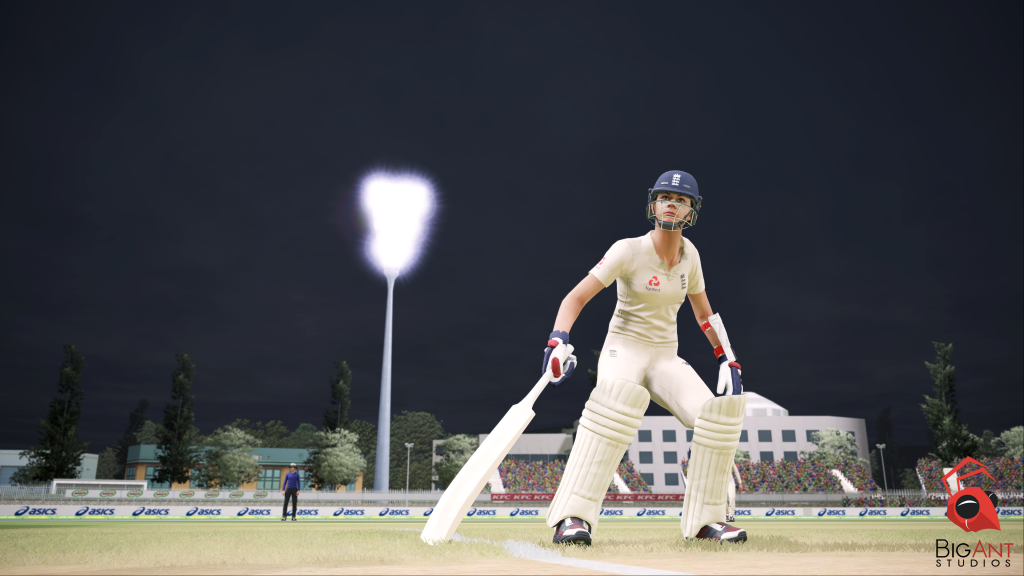 Out at the crease the game is excellent fun, albeit with a very steep learning curve. Prepare for a frustrating opening few hours as wickets refuse to fall, and opponent runs tot up despite your very best efforts.

It’s a shame that Ashes Cricket isn’t sophisticated enough to delve into the psychology of the series, considering that’s one of the biggest parts of the game. Having player confidence come into the equation would be huge. If a batsman whiffs on a spin delivery, they should be nervous in their approach of the next shot. Equally if a bowler is being smashed all over the field, their deliveries should become shaky. It could add a greater level of tactical depth in one of the most strategic events in sport.

A game based on a sport where competitors wear white jumpers and take tea and lunch breaks will naturally lack the glitz and glamour seen in the likes of Madden or FIFA. Big Ant Studios has done a decent job recreating the sound of the various official stadia during a test match, with barmy army chants and all, but the overall look of the game is unarguably bland and uninteresting.

Player models can also look a little janky. While players look like their real-world counterparts, they often wander into uncanny valley territory. Any player with a beard looks like they’re wearing rather than growing it, and all are just a little dead behind the eyes. 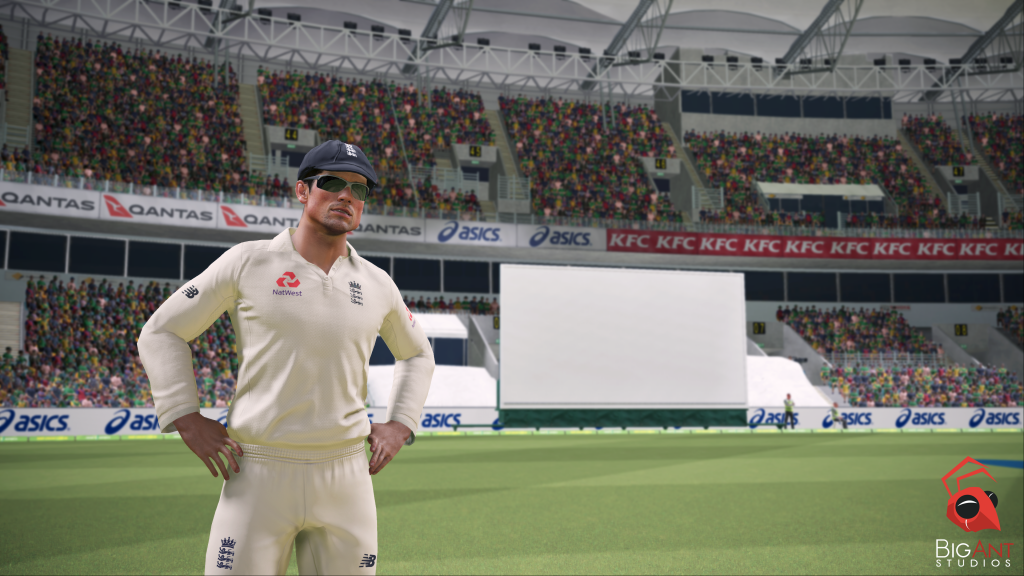 The pitches and stadia too – while offering a good amount of variety between official and custom grounds – can also look a little bland. Lighting effects are flat (there’s a particular attempt at lens flare which is so bad it made me laugh out loud) and textures are dull. Commentary is also atrocious, with canned phrases immediately becoming repetitious and voices suffering with certain words only being recorded once (so the number 152 being said as three separate words, each shouted out of context).

If you don’t fancy taking on England or the Aussies, there’s also a very good career mode to be played, as well as Tour and Competition offerings, which allow you to customise your own tournaments or series. Big Ant has spared no expense in offering the player great depth and choice, as this is coupled with an excellent customisation suite which offers the ability to create or edit the current players and teams or even build a new stadium and design your very own team logo. You can even create your own custom match type, either spicing up a current format or creating your very own from scratch.

Career mode proved a particular highlight, being able to take a custom player from a local county team to the highs of international cricket is excellent. Improving their skills via earned XP and trying to get better with each game felt really rewarding. As an enthusiastic novice, each match felt important, as I felt like I was improving in parallel with my created character. As an opening batsman, every time I got stumped with a poor innings, it hurt, while building a solid amount of runs for my team felt great. It’s something I’ll keep returning to for a good while yet. 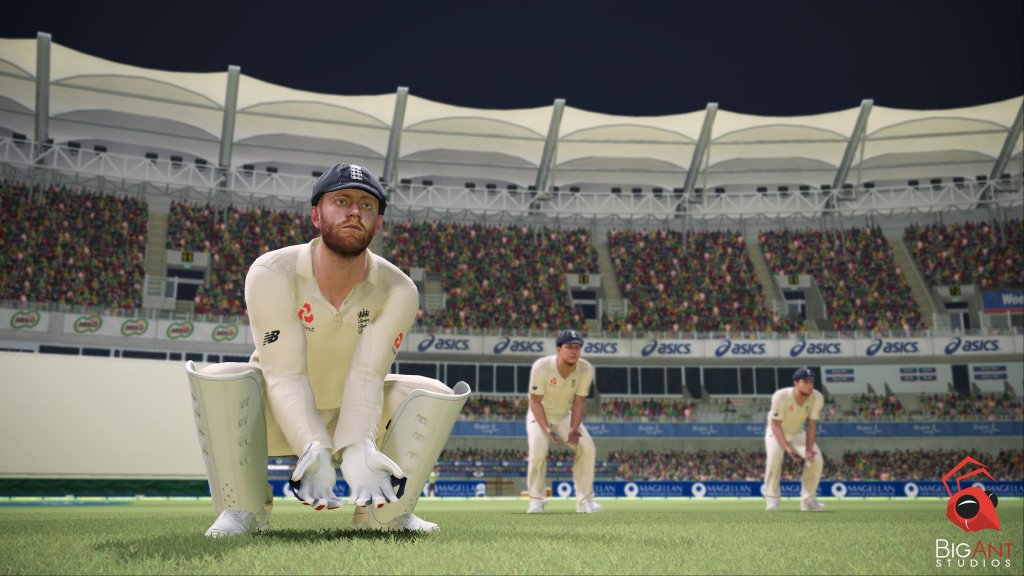 Ashes Cricket is a very good cricket game, and very enjoyable once you eventually work out what everything does. It’s just a shame the game doesn’t do enough to explain its depth to the player from the get-go, which leads to a needless opening few hours of frustration and potential misinterpretation.

Returning fans won’t have this problem, but considering Big Ant is capitalising on a huge licence, it should really have catered to a wider audience.