Strong competition to Ring and Nest, the Arlo Video Doorbell has some clever features that set it apart from its competition, including a higher resolution and wider-angle video. With clever calling that rings your phone when someone presses the button, Arlo makes sure you know when someone's at the door, making this one of the best video doorbells that you can buy.

Outside of Ring and, to some extent, Google with the Nest Hello, there have been surprisingly few attempts by big companies to try and compete with smart doorbells. That changes now with the launch of the Arlo Video Doorbell, which is designed to complement the company’s wire-free cameras.

High-resolution video, a smarter way of ringing your phone and excellent image quality all go to help the system, but the wired-only approach and not-so-neat Alexa integration may not make this an ideal product for all.

While the rest of Arlo’s line-up is wire-free with the use of batteries, the Arlo Video Doorbell is a wired model, which has to be connected to a transformer. You get a suitable one in the box, which can be attached to a DIN rail at your circuit breaker. It’s likely that you’ll need the one provided, as the doorbell requires a 16-24V transformer, and most existing doorbells are 12V.

If you go down this route, you’ll most likely need to call in an electrician to fit the doorbell. However, if you want to do the job yourself, then you could just buy the Ring Plug-In Adapter, which connects to a standard power socket, and you then route the cables to the front of your door. The downside of doing this method is that you can’t make the doorbell work with an existing chime inside. Fitting the Arlo Video Doorbell outside is pretty straightforward, as the thin, lozenge-shaped doorbell should fit on most doorframes easily enough: it’s certainly not as chunky as the battery-powered Ring Video Doorbell 3 Plus. There is a separate Arlo Smart Chime available, and you can use Alexa Announcements instead, though.

Once the doorbell is clipped into the mount, you need to use the provided release tool to get it off. This just pushes the clip inside but should put off the opportunistic thief trying to rip the doorbell off. If the doorbell is released from its mount, you get an alert telling you that someone has tampered with your doorbell. 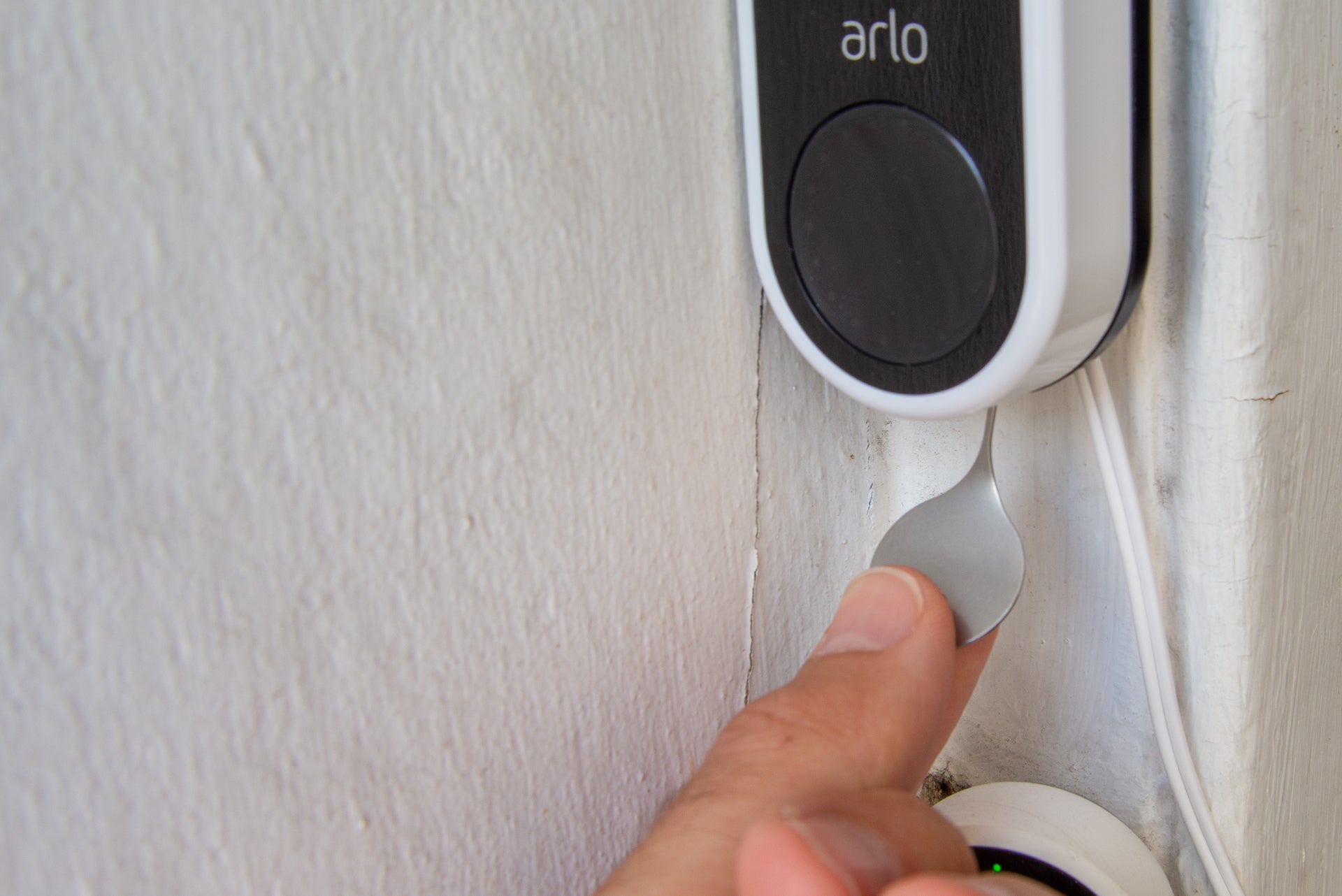 Getting the Arlo Video Doorbell onto your home network can be done in two ways. If you have an Arlo Basestation (VMB5000, VM4540, VMB4500 or VMB4000), then you can connect the doorbell directly to this, using the system’s own Wi-Fi network. However, if you don’t have a Basestation (or an older model), the Doorbell can connect to a regular 2.4GHz network.

The Basestation option is best for those that can use it, as it will give you the strongest signal and connection, but it’s nice to have a backup option, as this keeps the price down for those who only want the doorbell.

Once connected to the app, the Video Doorbell appears like any other Arlo camera in the app, with a thumbnail showing you the latest still shot that the camera captured. You can use the Doorbell like a regular security camera, too. As this is a wired model, you get full Activity Zone support so that you can mark the areas of the image that you want to monitor. This is a great way to cut down on false positives, as you can ignore parts of the image that you’re’ not interested in, such as a neighbour’s path or busy road. 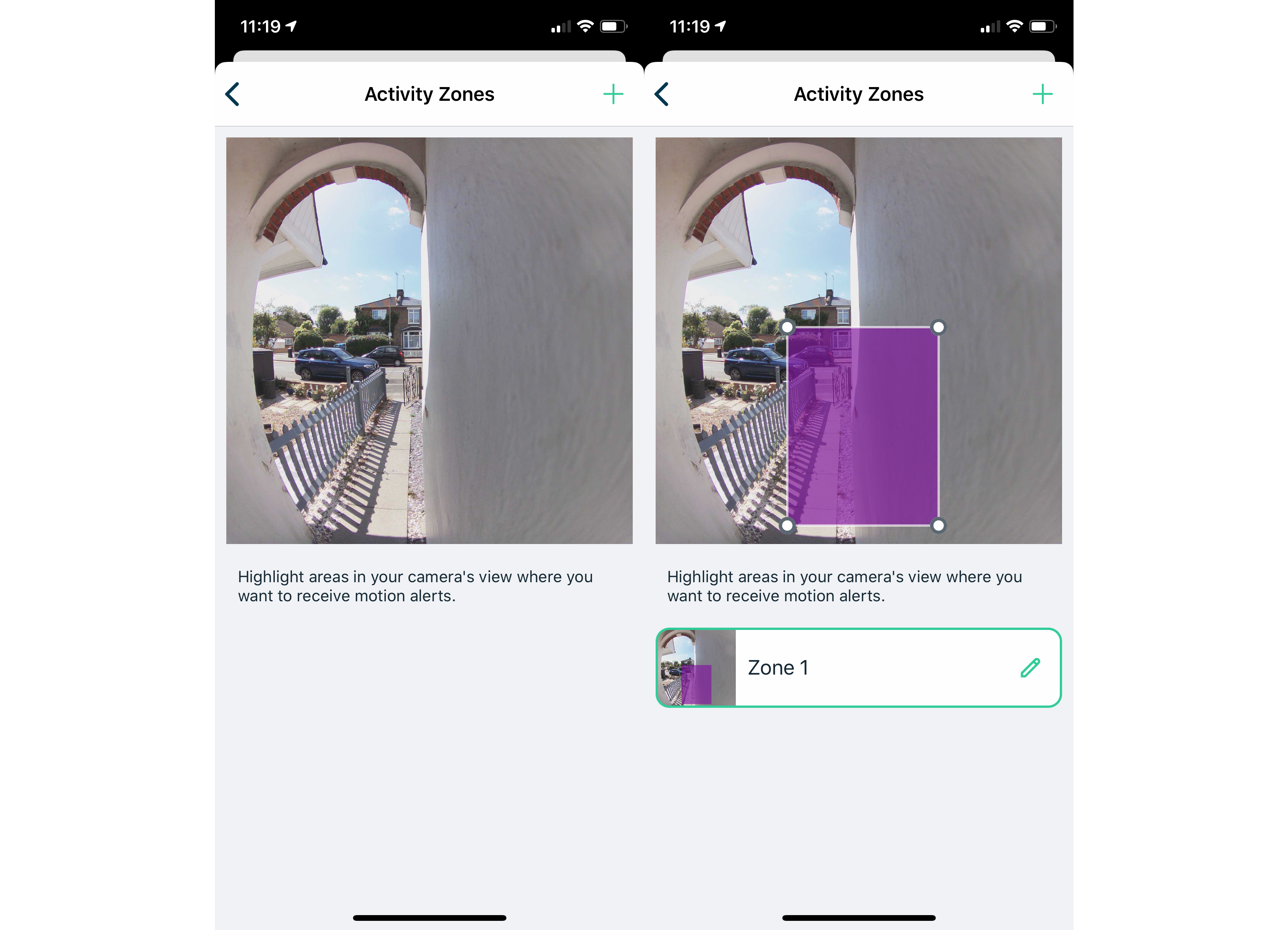 Arlo also has its smart notifications section that lets you choose which types of motion you want to be told about, including your choice of people, vehicles, animals or all other motion. Using these and smart notifications, it’s possible to configure the doorbell so that you only get really important motion notifications. There’s also Package Detection, which will tell you when a parcel is being delivered, although this can only be enabled for a single camera in your account. 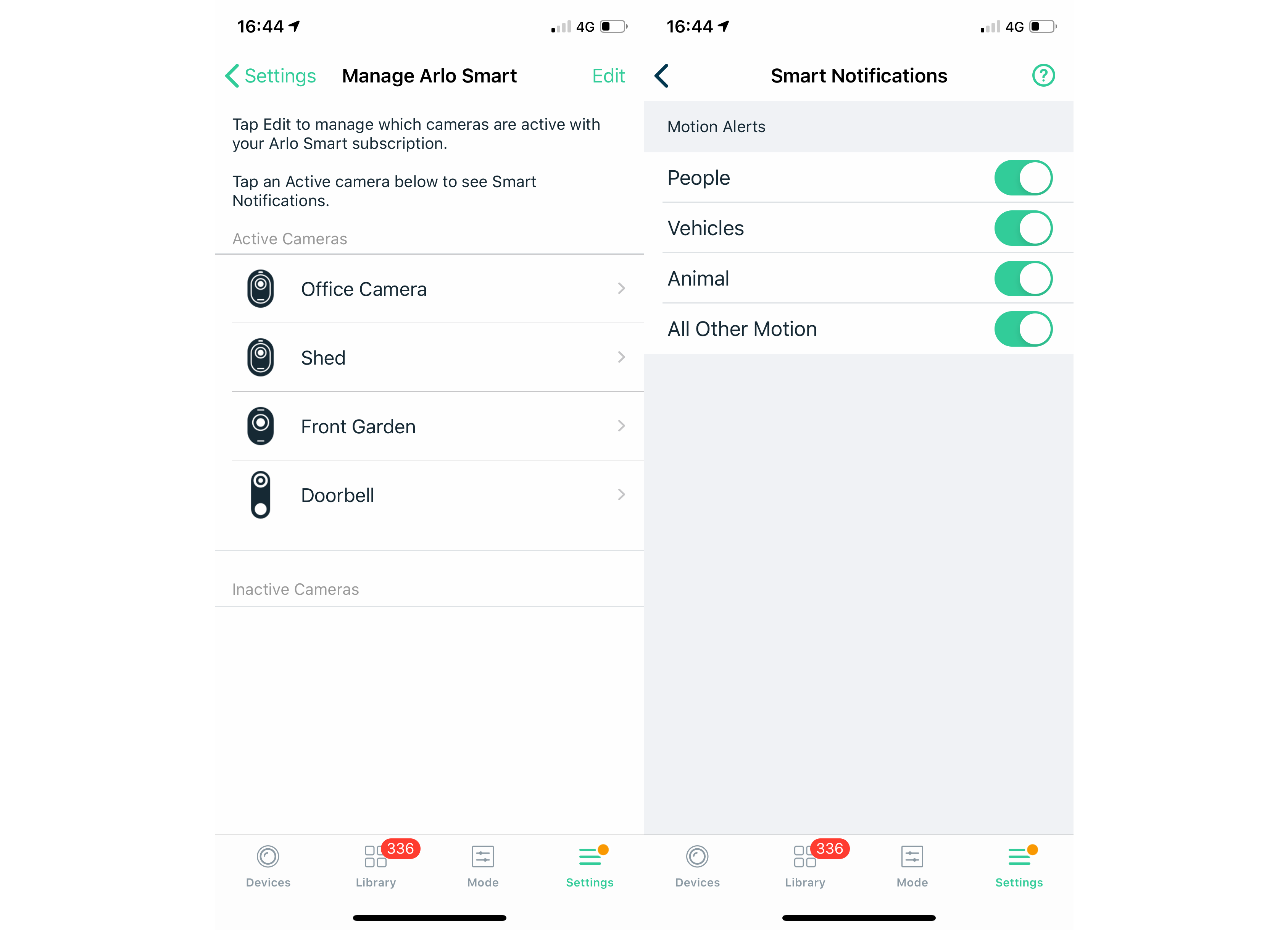 Footage is recorded to the cloud, provided you have an Arlo Smart subscription. Arlo Smart Premiere will let you record at full resolution and costs £2.49 a month, although you can upgrade to the Multi-Camera option for £7.99 a month, which covers five cameras. The single-camera price is good, but Nest is cheaper for multiple cameras with its unlimited option, and Ring also has an unlimited option. Video history is for 30 days in all cases.

Footage can be recorded at a maximum resolution of 1536 x 1536, making this the highest-resolution video doorbell that I’ve reviewed. All footage saved to the cloud and can be accessed in the Library option. Here, you can view footage by date, and filter by device and the type of motion detected. With neat thumbnails, it’s pretty easy to quickly zoom into the event that you want to capture. 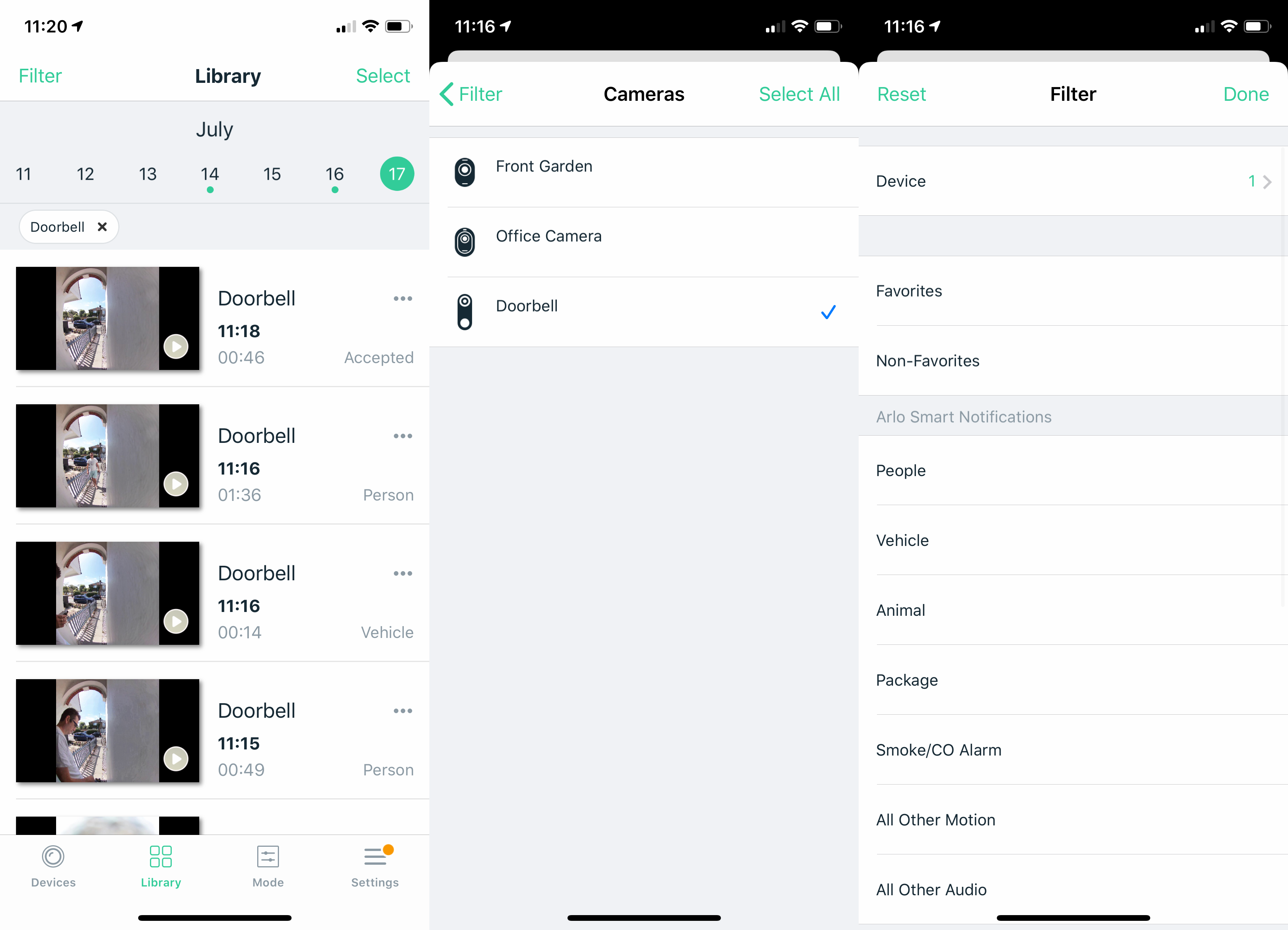 Where the Arlo Video Doorbell stands out from the crowd is when someone presses the button. Rather than pinging up a notification that can be missed, you get an incoming phone call instead. Just answer this and you can speak to the person on the other side, although you can tap the video button to view the person instead.

If you don’t want to talk, when you hit the video button, you can use the pre-defined options to send an automated reply, such as ‘We’re not interested’ or ‘I’m busy’. The replies are a bit unfriendly and are said in a strong American accent, but can be handy when you quickly need to deal with someone at the front door. The Nest Hello has similar options, although they’re a bit softer in delivery.

Arlo can also call the automated response if someone presses the doorbell but there’s no answer, with a command to try the doorbell again. It’s a little scary, and a softer touch would be nice. Rings will sound your main doorbell (if you have one wired in), and any Chimes inside. Plus, if you have Amazon Echo smart speakers, these can be set to send out alert sounds. With Echo Show devices, you can ask to view the video feed, although there’s currently no way to answer the door at the moment without turning to the app. A Google Assistant skill just lets you view the camera feed on supported devices. 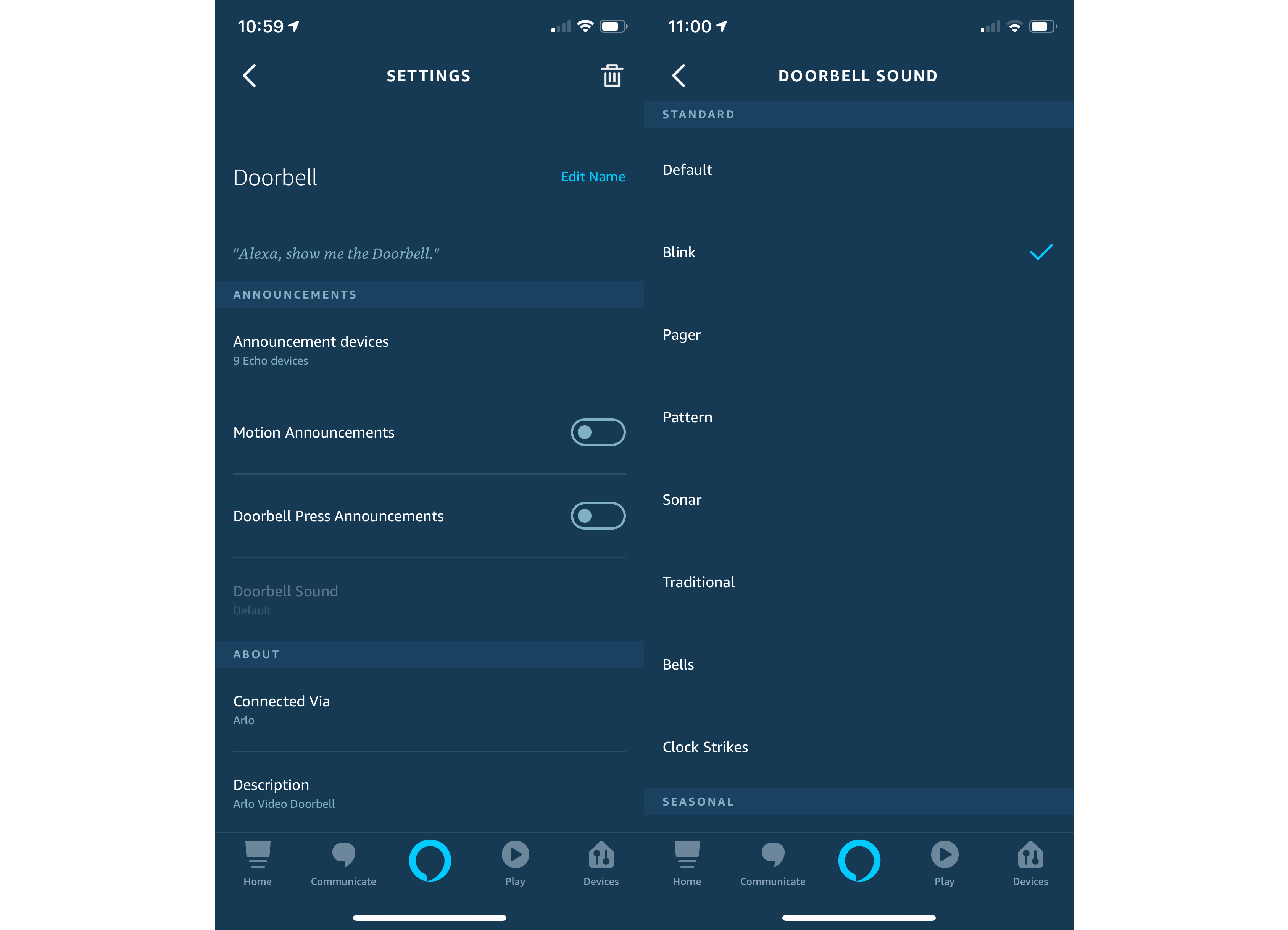 Alerts from many doorbells can take an age to come through, but I found the Arlo Video Doorbell quicker than most. With my phone ringing, rather than an alert going off, I rarely missed someone at the door either. My wish for Nest and Ring is to introduce a similar system, or at least make it optional. Sound quality is excellent both ways, so it’s easy to hear a visitor and for them to hear you.

Video quality is where Arlo really pulls ahead of the competition, with its high-resolution video giving you sharper, more detailed footage than other cameras. During the day, this means crystal-clear video with plenty of detail in people’s faces. With auto HDR turned on, the camera can even deal with very bright days. Thanks to that square resolution of 1536 x 1536 and 180-degree field of view, this doorbell can capture people without cropping out their legs. 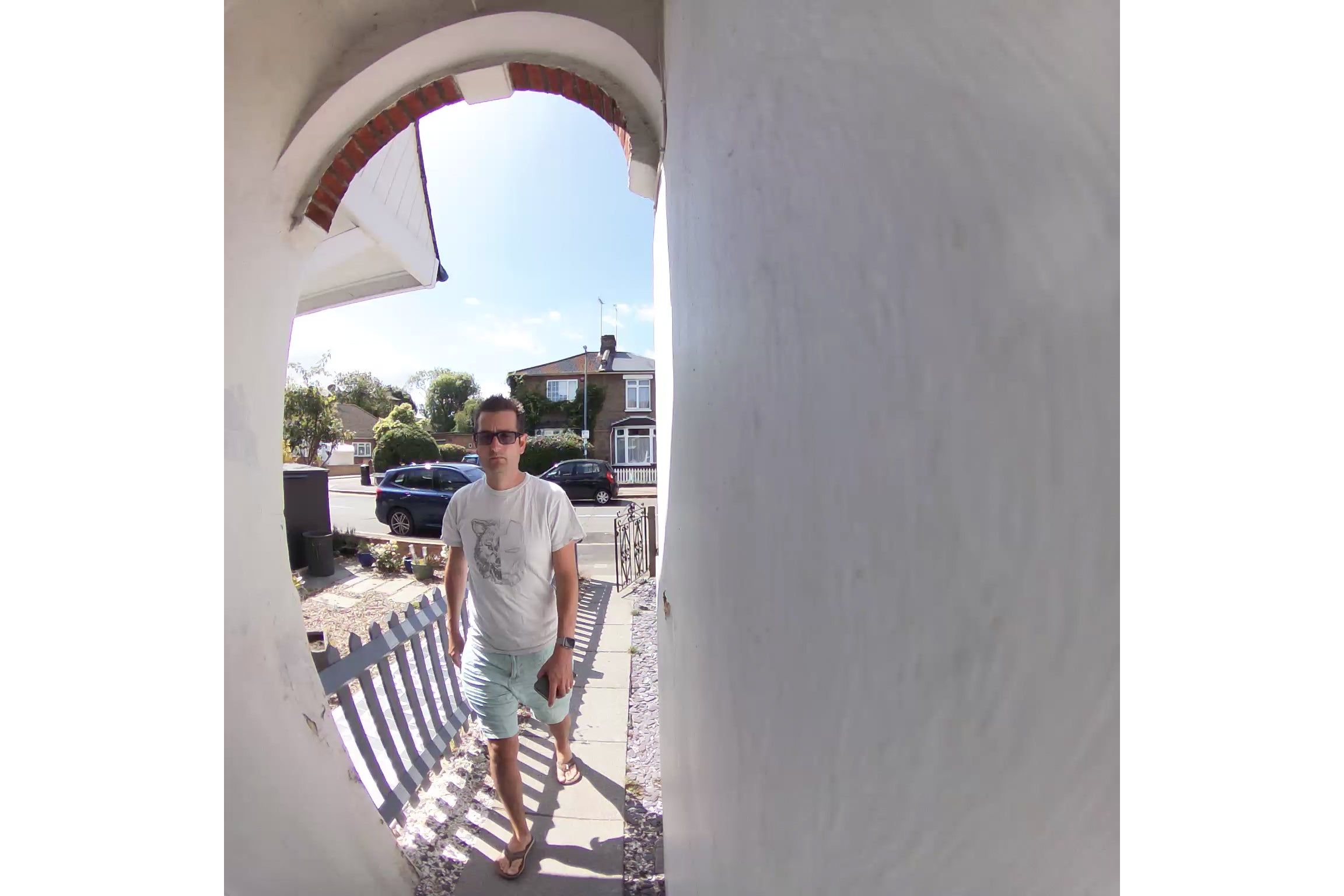 At night, the camera turns on its IR lights, which gives you a black-and-white image. This is a lot softer than the full-colour images of daylight, but the extra resolution helps boost image quality. I would like to see the camera offer the full-colour night vision that the Arlo Pro 3 offers, though. Doorbell positioning can affect the quality of the night shots, though. In my house, the doorbell was installed in a small porch with white walls, preventing the IR light from travelling far; using the angled connector in the box could help in this situation. 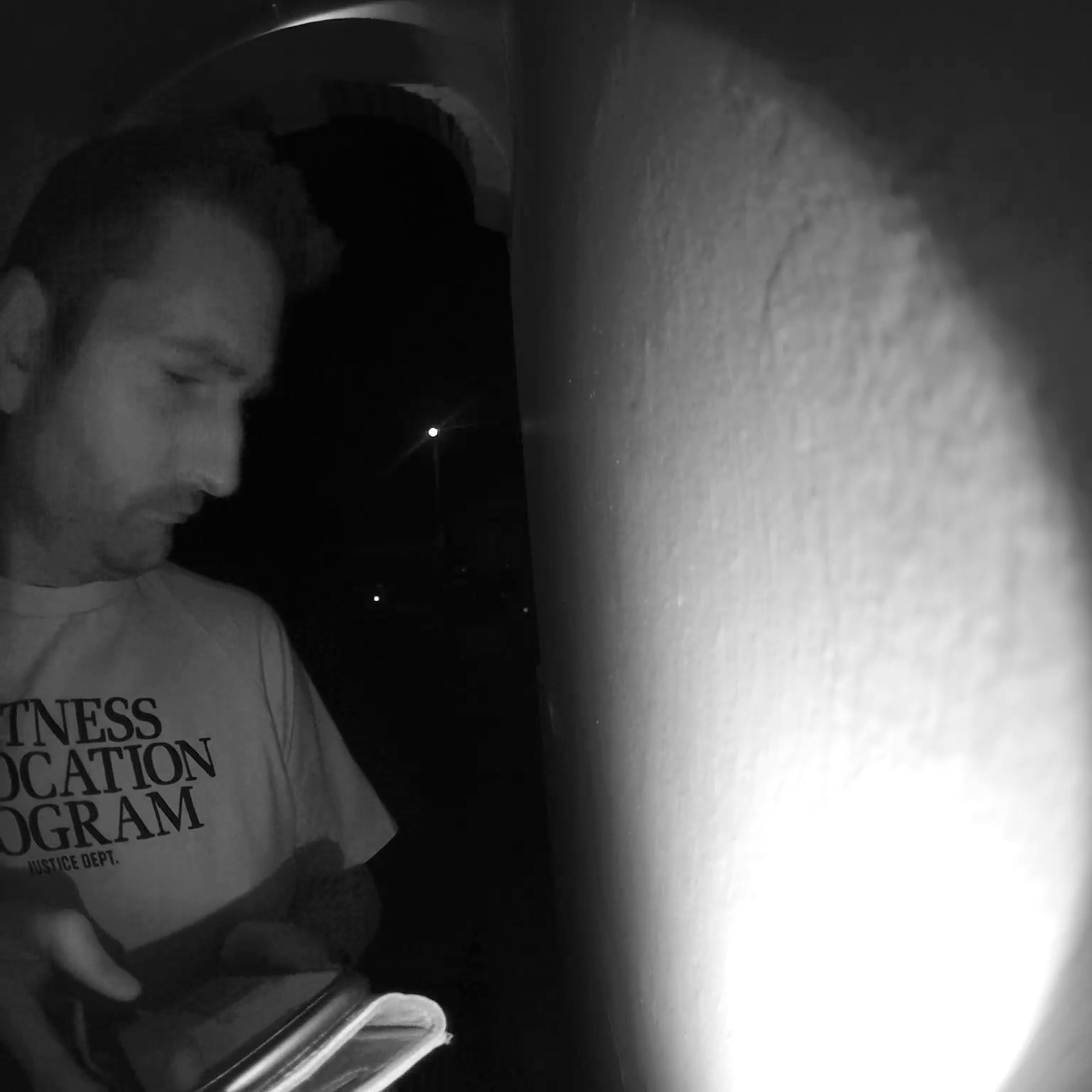 Should I buy the Arlo Video Doorbell?

Finally, there’s some real competition in the video doorbell market, and the Arlo Video Doorbell is a smart and powerful model that actually rings your phone. In terms of never missing anyone that comes to the front door, this feature shouldn’t be overlooked. If you’ve got an Arlo system already, this product makes a lot of sense, as you can just add this into your plan.

Yet, if you’re already invested in Ring or Nest, then their products probably make more sense for you. And, if you don’t want to fit a wired doorbell, then you have to go battery powered with the Ring Video Doorbell 3 Plus.

All of that aside, and for those people not yet affiliated with a particular cloud service, the Arlo Video Doorbell offers the best quality video and the best call system of any smart doorbell. That alone is enough to recommend it to many. 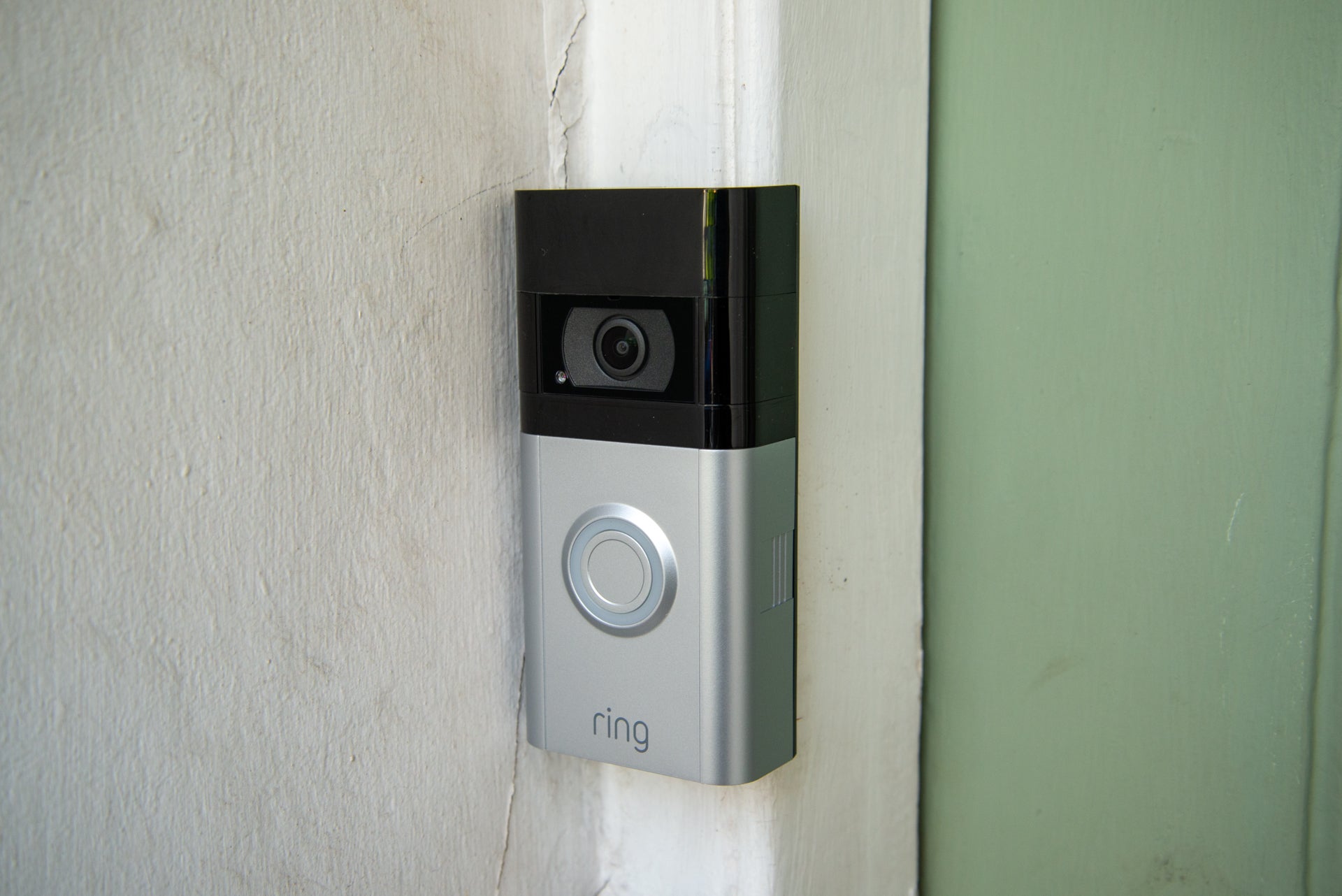 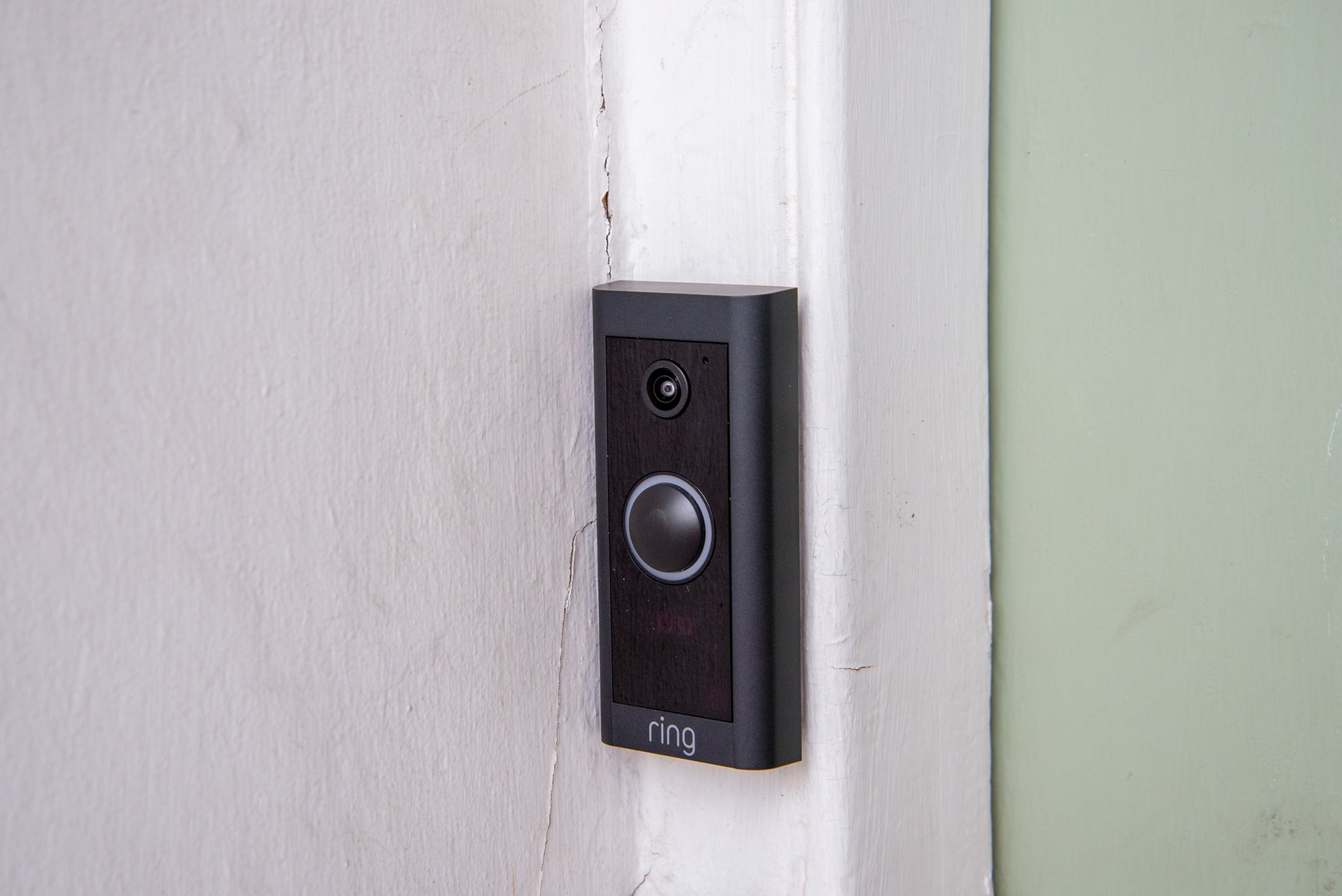 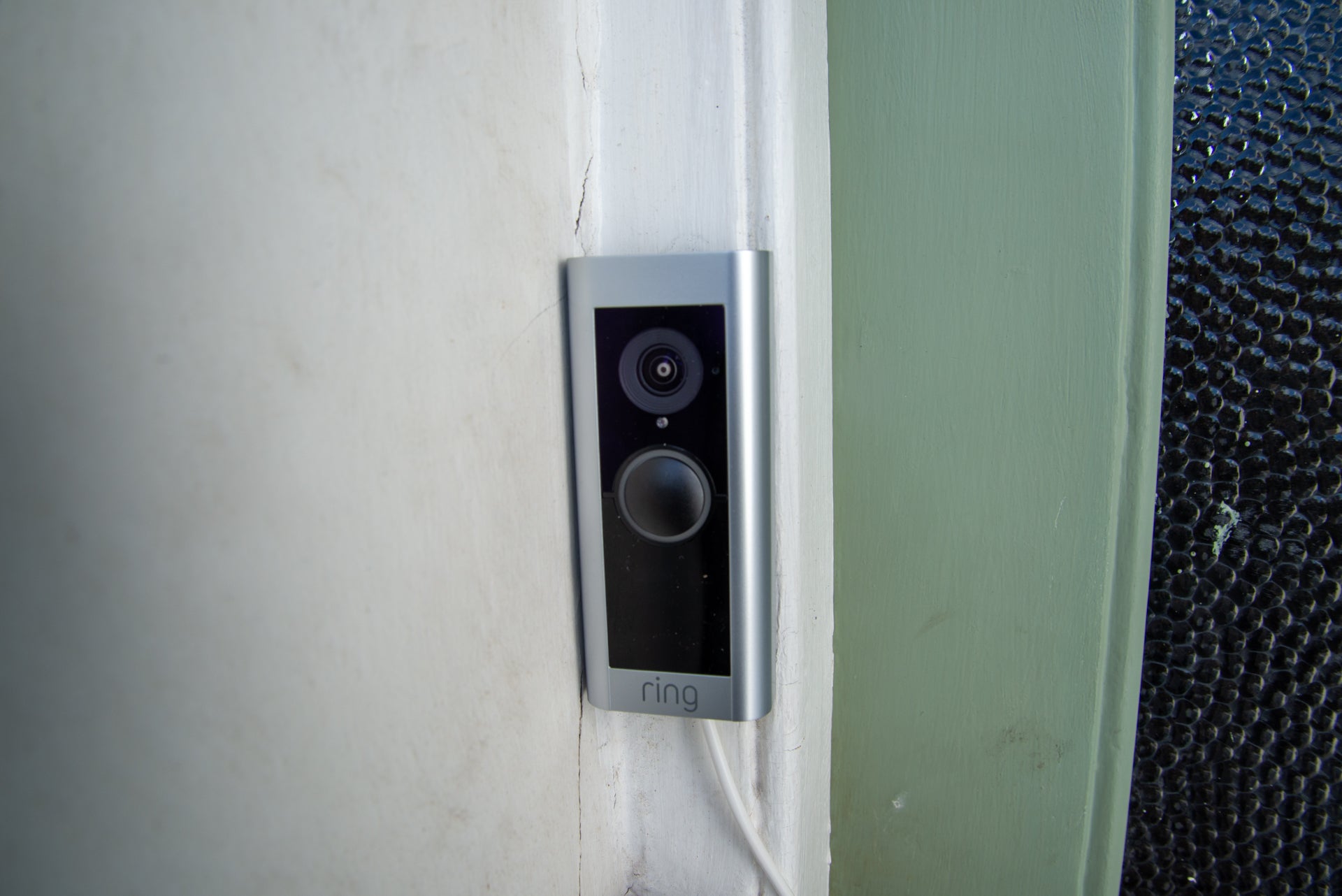 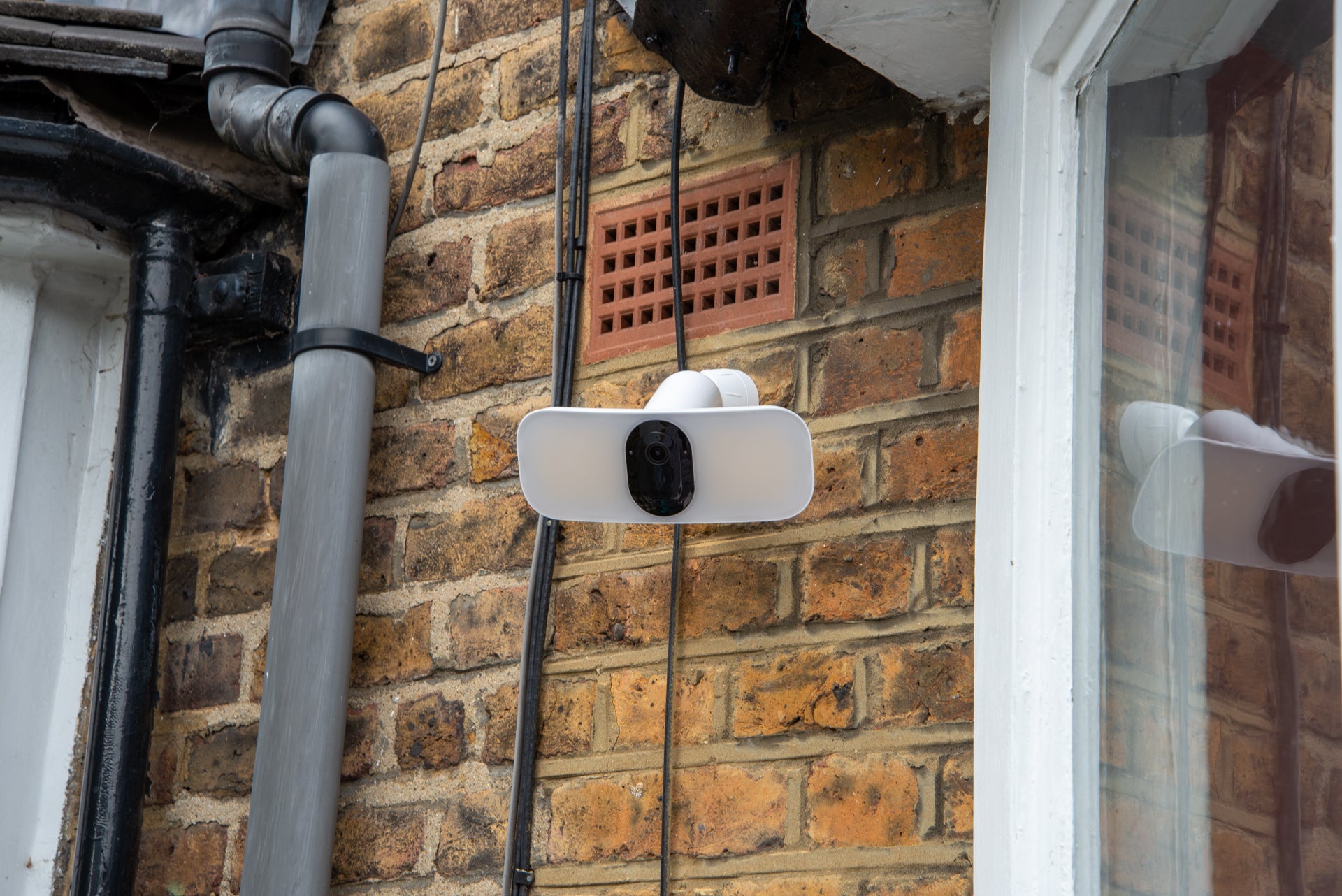 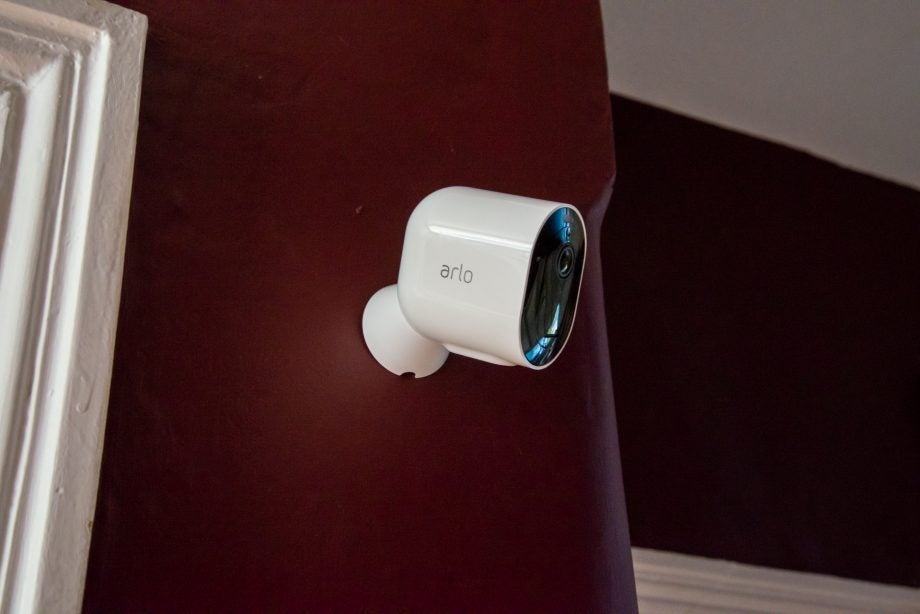