What is the Archos 97 Titanium HD?

The Archos 97 Titanium HD is an Android tablet that offers a retina quality 9.7-inch screen, but at a fraction of the price of an iPad 4 or Google Nexus 10. It also runs vanilla Android OS, free from any bloatware UI, which makes it an even more enticing alternative to the Nexus 10. 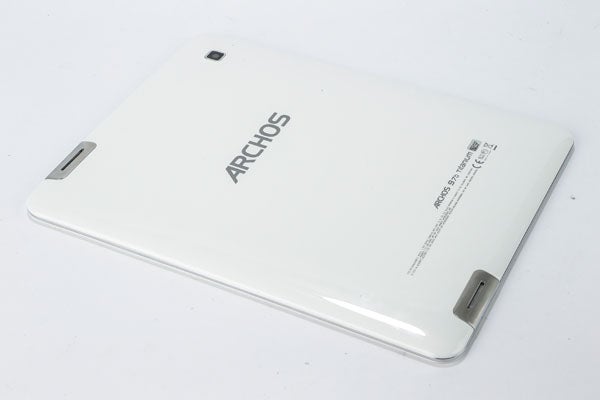 Take a look at the Archos 97 Titanium HD in action in our video review.

At 640g, the Archos is a pretty heavy tablet that can become uncomfortable to hold for long periods of time, putting great strain on the wrist. For extended use, we’d recommended grabbing it with two hands or resting it in your lap.

It feels no heavier than the iPad 4, however, in fact the iPad is actually a touch heavier at 652g, and at 9.4mm is a little thicker than the 9mm Archos 97 Titanium HD too. 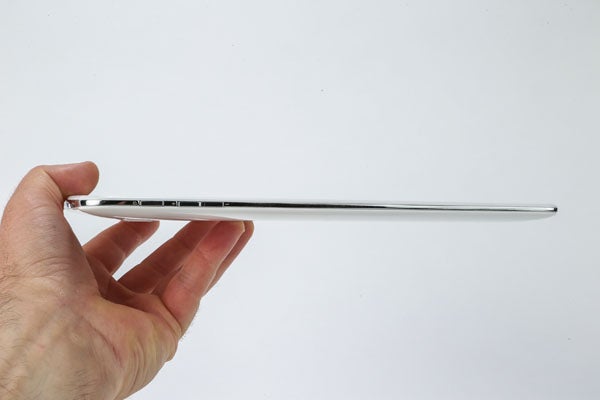 The Archos 97 Titanium HD strongly resembles the full-sized iPad range with its thick bezels and rounded corners, though the Archos logo front-facing 2-megapixel camera situated jauntily in one corner help avoid any confusion.

We actually got our hands on the American version of the Archos tablet, named the 97b Titanium, which is the same as the European version, but has a plastic rear rather than an aluminium one. That’s a shame for us as the plastic rear makes the Archos 97 Titanium HD feel cheaper than its £229 price tag, but good news for anyone buying one in Europe.

The plastic case on ours aside, it’s a sturdy, well-made tablet. On the rear, there are two speakers located at the top and bottom and a slightly bulging rear camera in the top right-hand corner. 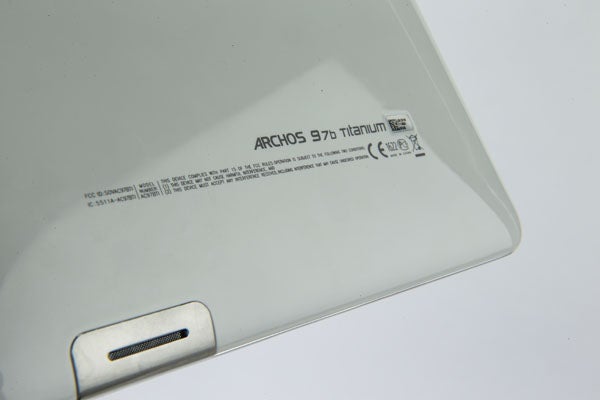 It lacks any toughened glass like more expensive tablets, so you don’t have to press that hard to cause the screen to flicker and distort under your fingers. This isn’t great for people with small children who may not treat the tablet with as much delicacy as it may require. 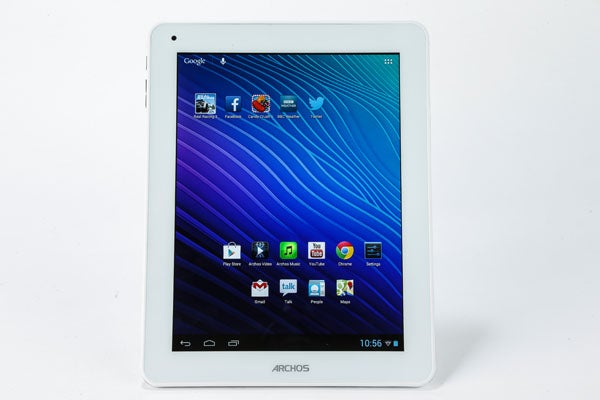 Also, the display is noticeably recessed into the body of the tablet itself, causing the screen to become quite reflective. This makes viewing it in bright sunlight, or even well-lit room, a little tricky. A larger air gap between the display and the glass also means that viewing angles aren’t quite as good as they should be.

Next
Cameras, Software and Performance Review