The iPad mini is the prince of tablets. It doesn’t have the spec gravitas of king iPad, but if you care about portability, it makes the full-size model seem positively past it. It’s no surprise, then, that the imitators are piling in. The Archos 80 Titanium is an 8-inch Android tablet that looks like the aluminium-caped prince, but with a much-easier-to-swallow £150 price.

With an anodised aluminium rear and non-widescreen aspect, the Archos 80 Titanium owes a debt to the iPad range. However, where the Archos 97 Platinum is the spitting image of the iPad, this Archos tablet doesn’t look exactly like the iPad mini. 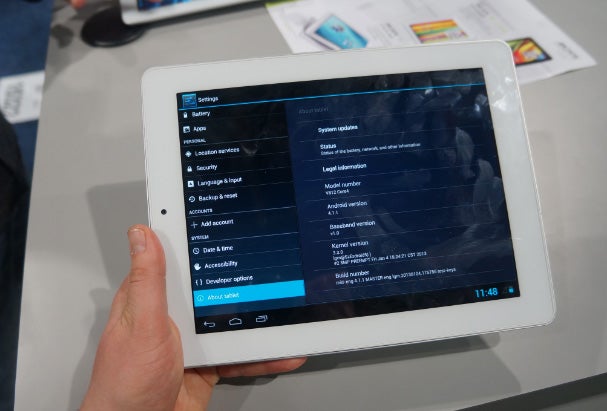 Note in particular that the bezel isn’t all that slim at the sides, an indication that the Archos 80 Titanium hasn’t had anywhere near as much R&D pumped into it – which is obviously the case. The finish isn’t quite at the same level either. The white of the bezel and the silver of the aluminium rear make a great team, but the connectors and sockets aren’t executed with much class or sophistication, looking like those of a Far East OEM device.

There are quite a few of them, though. On one side of the Archos 80 Titanium, you’ll find a microSD slot, HDMI video output, microUSB slot and the usual headphone jack.

We like the simple, iPad-like style, but there are a few elements here that are clearly those of a budget tablet. 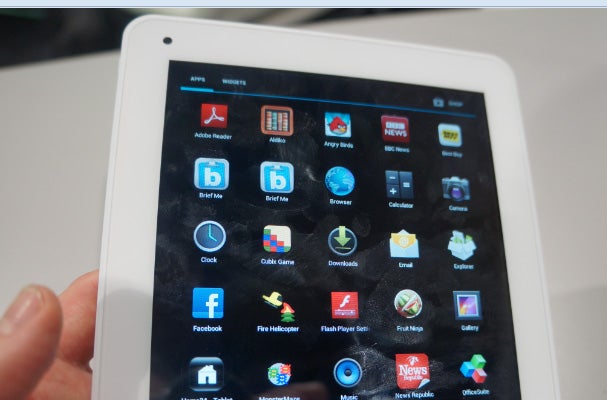 Glum colours and a fingerprint-happy surface let the side down…

Given how closely it sticks to the iPad mini checklist, we were a little disappointed to see that colours appeared a little glum and de-saturated.

The Titanium range sits below the higher-end (but still budget-based) Platinum series. The Archos 80 Titanium has a dual-core 1.6GHz CPU, where the larger model features a quad-core processor. 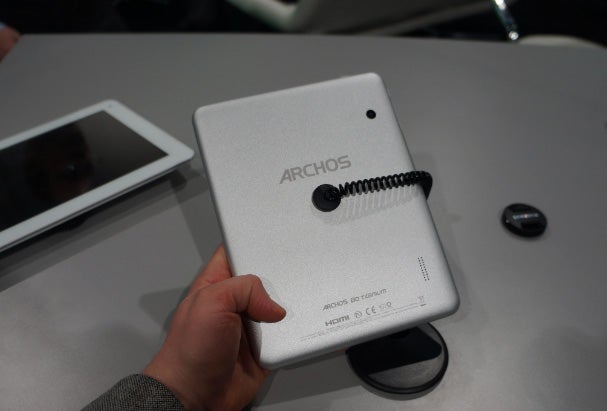 However, the Android 4.1 Jelly Bean software flew along irrespective of the lesser spec. We’ll see whether the as-yet-unnamed dual-core CPU has the power to do justice to top-end games when we get one in to review.

As a bonafide bargain basement tablet, we were a little surprised to see the Archos 80 Titanium use two cameras, a basic VGA one on the front and a fairly low-end – most likely 2MP – camera on the rear. Given the godawful photos the rear camera is likely to produce, we’d much rather have seen the cost put to use elsewhere.

Like the Archos 97 Platinum, the Archos 80 Titanium isn’t as well-made as its inspiration, the iPad mini. However, it is a good deal cheaper.

Things have changed a lot in the budget tablet world over the past 12 months, and at a price close to the Google Nexus 7, we recommend being wary. So-so colour performance and Archos’s history of shipping tablets with unstable or buggy firmware mean you should wait for our full verdict before looking for an Archos 80 Titanium to buy.