There’s a lot going on in the premium MP3 player market at the moment. What with the launch of the iPod touch, classic and nano, and a pair of DAB radio-based flash players from iRiver and Cowon appearing in the past week or so, it’s beginning to feel a bit like the kitchen in a one-bedroom flat at a late night party.


Just when you thought that no-one else could possibly squeeze themselves in, along comes the Archos 605 Wi-Fi, sidling its way into the room. And it quickly becomes apparent that it’s here not just to listen in to the conversation. 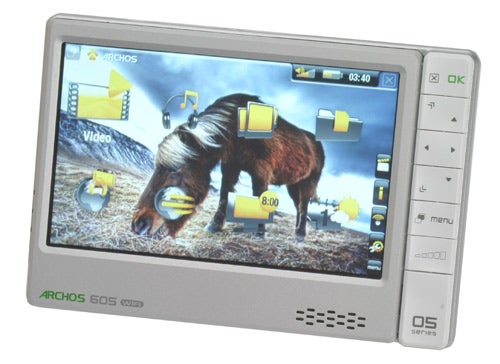 The 605 WiFi comes from a long and distinguished line of video-enabled players. In fact French firm Archos has been making hard disk players for longer than most other companies have been selling plain flash-based music portables, and while others are only just beginning to incorporate video into their products, this is its fifth generation of players.


It looks like a product that’s evolved over the years, too. Its sharply-dressed aluminium chassis is slim and that brushed finish is a lot more practical than the ever-popular gloss finish of some products. And you’ll notice a host of other practical touches before you even turn the thing on.


There’s a kick stand built in, so you don’t have to hold the player in your sweaty mitts for hours during extended viewing sessions. The row of controls on the right of the player are rocker switches instead of standard buttons, and they’re large too, which means they’re easy to control without having to use your fingernail to stab tiny buttons. And the headphone socket is sensibly placed away from the controls in the bottom left hand corner. 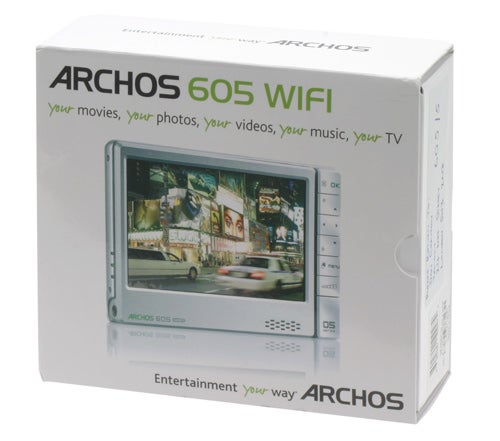 But the beauty of this product is not just skin deep. The list of capabilities, specifications and abilities you get for your money is simply staggering. The 30GB player reviewed here can be had for a mere £165, which is cheaper than either of the DAB radio flash players we reviewed last week, yet it can boast a gorgeous 4.3in widescreen, with a simply fabulous resolution of 800 x 480. At that size you can watch movies in complete comfort with no eyestrain at all. It’s so good you’ll even be able to see compression artefacts in highly-compressed video files.

Not satisfied with it amazing screen, the 605 adds a couple more killer features. The first is the touch screen, a great option if you don’t get on with the buttons. A clue to the second is in the product’s name: it’s equipped with an 802.11g Wi-Fi connection. This lets you browse network folders, copy files back and forth, and stream video and audio from devices and other locations on your network. Better still, the 605 is uPnP compatible, which means it’s an absolute doddle to connect and browse in the first place. 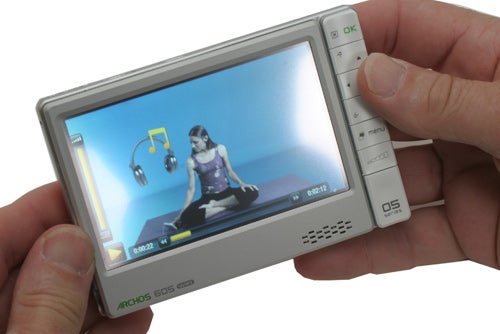 The optional web browser (based on the excellent Opera) even lets you browse web sites from the comfort of your sofa without having to drag the laptop out of its bag – and it has Adobe Flash player support, which means you can browse video sites such as YouTube and watch videos directly from the site.


And it all works extremely well. The interface is well-organised and logical, making it easy to get to grips with and skip around from screen to screen. The touchscreen makes it easy to scroll up and down long lists of files, you can build playlists on the fly, and you can even make basic edits to video files, cutting out sections and cropping lead-in and trailing footage. It is slightly irritating that the file browser doesn’t remember your location, which means that you have to drill down to the same network location every time you want to look for something, but this is a small irritation. 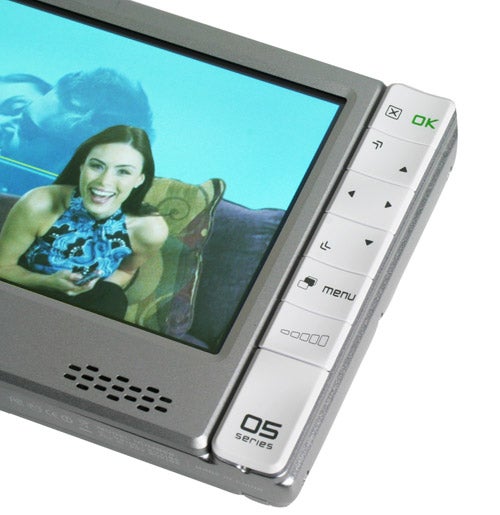 Video and audio quality is excellent too. The screen does have a slightly grainy texture to it, but colours are vibrant, blacks dark and contrast very good. It can’t quite compete with the best audio players I’ve heard – the Trekstor Vibez, for instance – but there’s plenty of volume available and you should be able power a fairly hefty pair of headphones to ear-bleeding levels without stretching the player’s output electronics too much. Battery life, at around 5.5 hours for video and 17 hours for audio, is pretty good for a device with a screen this large too.

The 605 really comes into its own however, when teamed up with one of Archos’ compatible multimedia docking cradles. It’s slight annoying that without one you aren’t able to take advantage of the device’s AV input and output capabilities – the necessary cables aren’t included in the box. But with the 605 plugged into the £65 DVR Station, you can do a whole lot more than simply playback files onto a TV and record video from your set-top or satellite box. 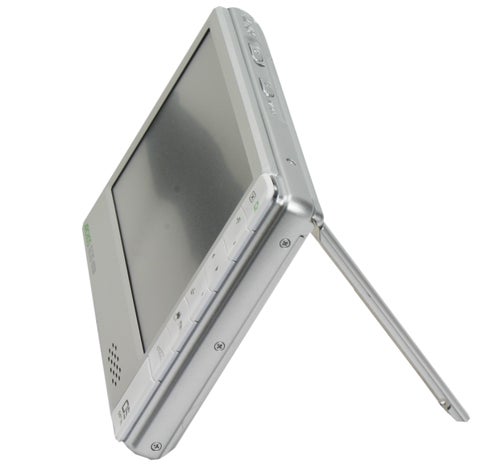 It allows you to control the player via infrared, for example. Coupled with the 605’s Wi-Fi ability it also means you can use it as a wireless video streamer. You could even turn it into a wireless digital photo frame if you wanted, quietly flicking its way through your favourite holiday snaps in the corner, as you entertain guests.


But the killer feature is its ability to schedule TV recordings via the EPG (electronic programme guide) on the 605 WiFi. Once it’s set up correctly, all you have to do is pick a programme just like you do with Sky+, or a hard disk based PVR, and set it to record. You don’t have to leave the TV or satellite box on the right channel either because, when the time comes, the DVR Station uses an infrared emitter to switch on the source, change the channel, and begin recording.

So is there anything this device cannot do? Well, yes, I’m amazed to report that, in fact, the 605 is not 100 per cent perfect. File format support is okay, but not brilliant, for instance. You can playback most standard definition video MPEG-4 based formats natively (including DivX), plus WMV files, but you have to buy a plug-in (e19.99) if you want MPEG-2 support including VOB and MPG files. And you have to shell out for another if you want H.264 support, which includes MOV files.

Music format support is also disappointing. You can play WAV, WMA, DRM WMA and MP3 (up to 320kbps, CBR and VBR) , but you can’t listen to OGG, FLAC or WMA Lossless files – ideal formats, you might have thought, for a high capacity player such as this. And AAC files can only be accessed if you buy the aforementioned MPEG-2 plug-in. 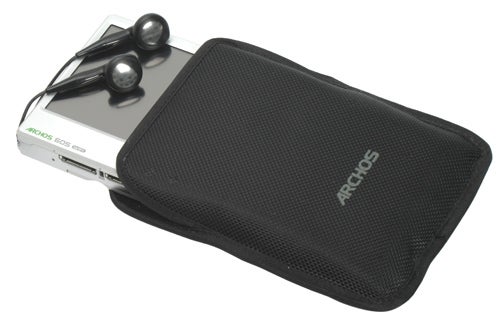 Its Wi-Fi network connection isn’t the most reliable either. Several times I found a simple file transfer stop for no apparent reason. And if you want to transfer files via cable, the USB connection is a proprietary one, so you have carry it around with you and be very careful you don’t lose it. But even taking these factors into account, there’s not much out there that can compete with the Archos 605 WiFi.


The fact that you get 30GB of storage, a touch-sensitive 800 x 480 4.3in widescreen and Wi-Fi in a product costing less than £200 is amazing. Add in its wireless streaming, TV recording ability, good looks and ease of use and you’ve got a product that’s nothing short of miraculous.