Unlike many Android smartphones, Archos has not bestowed the 50 Platinum with its own custom skin. Instead the 5-inch device runs stock Android. The French manufacturer hasn’t left Google’s OS completely alone, however. There are a pair a bespoke apps pre-installed on the device in Archos Music and Archos Video. Unlike Samsung and HTC, which both offer their own digital content stores, the Archos music and video services simply let you store your existing media collections in a slightly different location, hardly the most useful of additions.

Overall, the Archos 50 Platinum’s software setup is simple and efficient with a functional and almost utilitarian air to it. Transitions between the multiple homescreens are fluid with no stilted movements or stumbling. There is an array of pre-installed widgets available to let you personalise the phone’s homescreens to your wants and needs. The traditional Android app menu keeps the masses organised.

The Archos 50 Platinum comes pre-installed with two browser options. The stock Android browser lines up alongside the smartphone rendition of Chrome and, although the possibility of choice is sure to appease some, in truth it is largely unnecessary. Both offer fast load times and the usual array of bookmarking, favouriting and multi-tabbed browsing options. The only major difference between the two is that Chrome frequently throws the formatting of a web page out of kilter. The result is squashed and stretched content and web pages that are not conductive to relaxing reading.

Avoiding the mass of bloatware that comes pre-installed on many Android smartphones, the Archos 50 Platinum is powered by the ever-present array of Google branded apps. While this keeps things simple, it leaves the phone lacking that edge which separates it from the masses. The Archos 50’s UI is an all too familiar presence and one which fails to grip your imagination or provide that one must-have feature missing from its competitors. 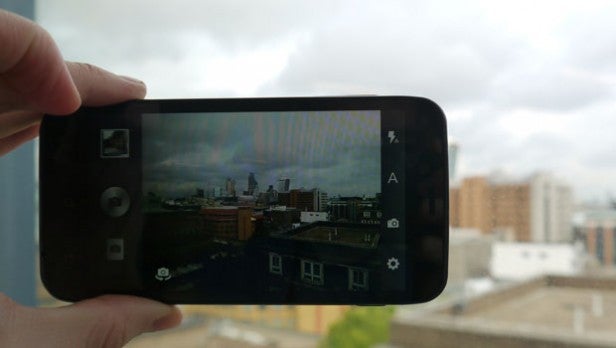 The Archos 50 Platinum is not underpowered but neither does it set the smartphone world alight. For the most part things run smoothly and efficiently with a 1.2GHz quad-core CPU running the show alongside 1GB of RAM. Basic multitasking requirements are handled with consummate ease and app launches are not hit by the same faltering stutter as found on many similarly priced phones.

Gaming is smooth and engaging too thanks to the Archos 50’s strong spec. The likes of Real Racing 3 and the Temple Run-esque Despicable Me all run without issue or interruption other than slight display degradation and pesky download requirements. A microSD card will be required to install most games given the phone’s limited internal capacity.

Featuring just 4GB of internal storage, the Archos 50 Platinum’s capacity is extremely restrictive. It is made worse by the user available figure being significantly lower than this billed offering. Fortunately, Archos’s cost cutting has not forced it to overlook microSD expansion, with up to 64GB memory cards accepted. Unlike many modern smartphones, the Archos 50 Platinum does not possess either NFC or 4G connectivity options. Although sure to restrict some, the phone’s dual-SIM options act as a party-piece replacement of sorts.

The phone’s inbuilt speaker is a mixed bag of tricks. Audio quality is relatively strong, even at higher volumes, with little distortion or tininess. It does, however, feature one major, unexpected fault. Using the speaker causes the whole handset to vibrate. A problem we haven’t experienced before, this issue is rather severe with the phone physically moving in our hand during use. 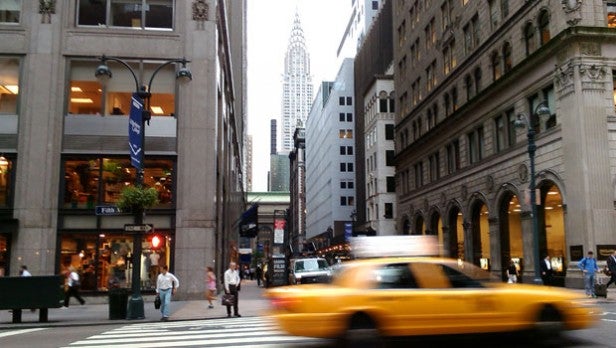 On a camera front the Archos 50 Platinum is a pretty generic mid-range offering. It features an 8-megapixel rear-mounted camera with a secondary 2-megapixel camera on the front. The primary one benefits from an integrated LED flash, autofocus options and 720p HD video recording capabilities.

As with many mid-market phones at a near entry-level price point, the Archos 50’s camera suffers from familiar white balance and light management issues. In changing light conditions or in areas of mixed light and shadow, the Archos 50 Platinum struggles to find an appeasing balance. It frequently over exposes bleak skies, turning landscapes into white-topped images with little definition to foreground detail. Focus times are longer than expected and can cause you to miss that all important shot. The Archos 50 Platinum’s camera produces images that are flat and lack a depth of colour and detail. 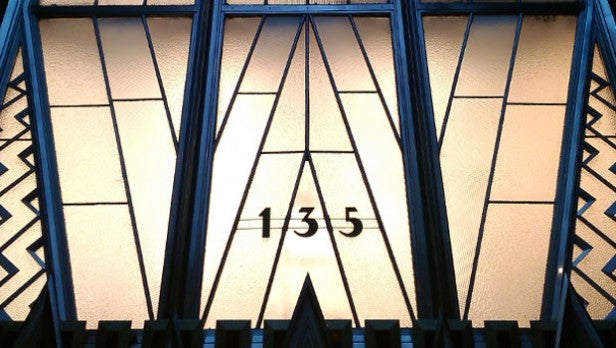 Although the integrated LED flash is an addition often omitted from lower priced phones, its integration on the Archos 50 Platinum is met with mixed emotions. It’s not powerful enough to illuminate entire dimly lit rooms, it frequently overpowers people within shots, whiting out faces. The phone’s forward-facing camera has even worse colour management. It casts a greyish tinge to all shots, causing you to look ill in anything but ideal lighting conditions.

The Archos 50’s rear-mounted camera is positioned extremely high on the centre of the phone’s back. Stray fingers can easily creep into shot when holding the phone in a landscape stance forcing extra care and consideration to be taken.