Alongside its two new G9 Android tablets, Archos has launched the Home Connect and Home Phone, two other Android devices that are a little out of the ordinary. One is a DECT home phone with smartphone aspirations, the other a bedside alarm clock radio that takes a few design cues from game controllers. What do we think?  Is Archos crazy or are these two slices of genius? 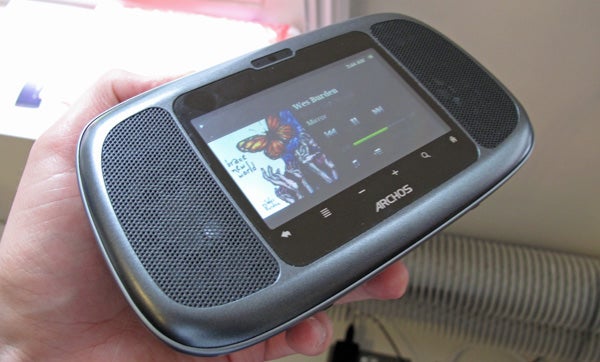 The Archos Home Connect is one of just a few devices that really strays from the Android norms of smartphones and tablets. It’s an odd blend of bedside alarm clock, kitchentop internet radio and handheld games console.

To each side of the 3.5in touchscreen sit fairly large (for a diddy device) speakers, qualifying this as a portable radio-like gadget. The busy demo room we tested out the device in wasn’t the optimum place to assess sound quality, so we’ll wait to get a review unit in to test its sonic skills. 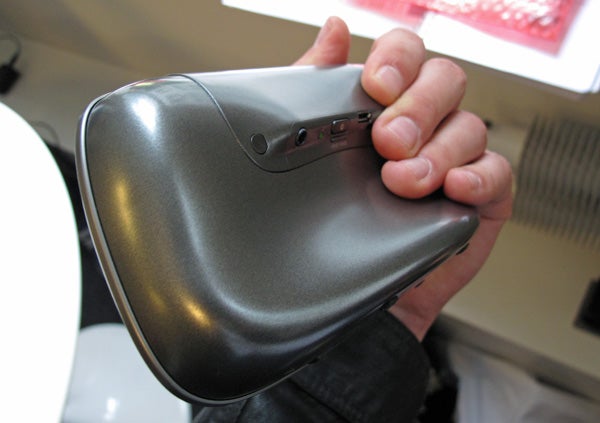 The screen uses a resistive touch layer, and so doesn’t feel hugely responsive under your fingertips. The Home Connect’s design encourages two-thumbed usage, its back curved ergonomically to accommodate the rest of your digits. In this sense it’s rather like a handheld games system of old – like a Sega Game Gear, without the buttons. Unlike a Game Gear, it won’t guzzle up all your AA batteries. It uses an internal rechargeable battery, letting you take it outside for barbecues or days out at the park, and so on. On the back are the Home Connect’s small collection of sockets and ports. There’s a 3.5mm headphone jack, full-size USB port, microSD card slot and the power button.

A key feature, in Archos’s eyes, of the Home Connect is internet radio, which will require a Wi-Fi network as there’s no 3G connectivity packed-in. This is powered by the TuneIn Radio app, so it’s not really Archos’s doing. It has simply provided a form that allows the app to shine a little more brightly than it does in a smartphone.

Archos’s notion of the Home Connect as a baby monitor is a similar deal. Archos has tweaked the settings within Google Talk so that you can use the Home Connect’s user-facing camera to look over your kids. It’s simply a case of making the device respond to video calls automatically. Simple when you think about it, but not something we could imagine this Android gadget will be used for a great deal.

Is Archos clutching at straws for uses for something that’s something of an uneasy fit in the busy consumer electronics space? Perhaps. Although the Archos 35 Home Connect’s Android OS makes it wonderfully flexible, at £120 it has to take on a lot of competition, including the Squeezebox Radio, Nintendo DSi, iPod Touch and others. And like many non-phone Android devices, it doesn’t have full Market access. Convergence in a smartphone is one thing, but convergence in a larger device that has to be moved about between various jobs is something else. Disagree? Let us know your thoughts in the comments.

The Archos Home Phone is something we expected to see pop out into the market sooner. It’s a DECT home phone that runs the Android OS, giving it access to thousands of apps that other home phones couldn’t possibly start to contemplate dreaming about.

It doesn’t have Android Market access though – common for Android 2.x devices that aren’t smartphones. Although not entirely compatible with the Android experience, it claims to be able to work with just about any DECT base station, as it uses standard DECT protocols. The £129 package comes with a base station for that proper home phone look. 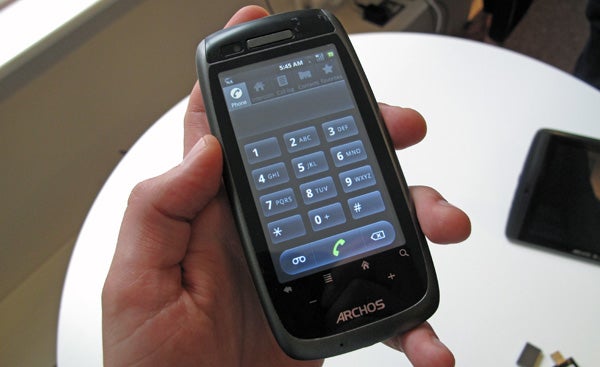 Aside from the DECT innards and the dock, the Smart Home Phone looks much like any Android smartphone.  It has a 3.5in touchscreen, used to make calls as well as all those other Android tasks (yes, including playing Angry Birds). Unfortunately, it uses a resistive touchscreen though, so lacks the super-slick feel of a device like the Apple iPod Touch. The display isn’t great quality either, looking a little dull in out preview, not helped by the capacitive layer it peeps out from under. 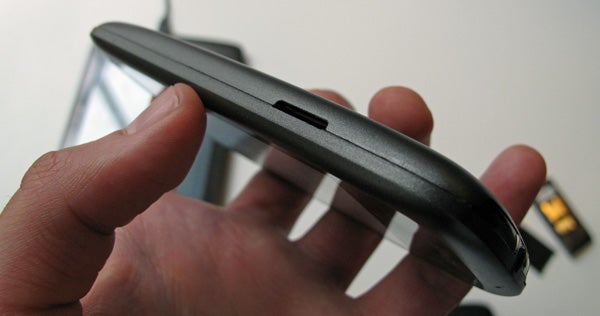 There are plenty of tasks that make use of Android and don’t demand touchscreen or display perfection. It’ll make video calls, become a personal calendar and pull-down emails from the net. It makes us wonder though – how many people gagging for this kind of functionality have managed to avoid the lure of the smartphone, now that they’re available for so little money? Pre-pay Android handsets are available for half the price of the Smart Home Phone. If there’s still space in your gadget life for an Android home phone, this has much of what’s needed to make use of the Android basics. There’s a 3.5mm headphone jack, microSD slot and the usual navigational soft keys, plus access to the AppsLib app store for additional app downloads. We still don’t know everything about this intriguing device though. The CPU and built-in memory (we can’t imagine there’s much) are a mystery, but its average performance suggests that this device isn’t particularly high-powered.

The Archos Smart Home Phone will be available towards the end of September, and will retail for around £129.