The Archos 35 Vision is a return home for its manufacturer. After producing a barrel-load of Android devices, like the 70 and 101 tablets, Archos is back in its traditional territory with a straightforward video and media player. Are Archos’s golden days gone though, now that big-screen smartphones are available for peanuts and the iPod Touch is so firmly established?

In today’s convergence-obsessed tech world, the Archos 35 is an aberration. It’s a touchscreen device but doesn’t run apps, make phone calls or play games. Instead, it sets its sights on a more focused goal – to play media, and to do so well.

With a 3.5in screen, the Archos 35 is on the cusp of what we’d deem an acceptable size for watching video on. Its display has similar dimensions to the iPhone 3GS and third-gen iPod Touch screens, but uses a slightly wider-screened resolution, of 480×272 rather than 480×320. It’s worth noting that this resolution is significantly lower than the current-gen 3.5in iOS devices and the 480×800 pixels we’d expect from another new smartphones of this size. If you’re used to this level of screen quality, the Archos 35 will seem blocky.

There is a significant upside to this dinky design though. It’ll happily slip into pockets without creating an unsightly bulge, making it convenient to use as your primary MP3 player. We couldn’t say the same about Archos’s older, larger designs like the Archos 5. 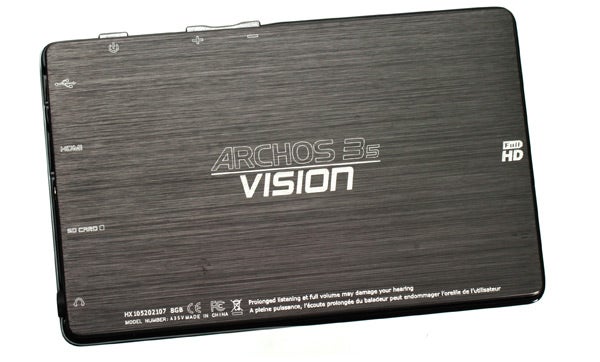 As it is controlled primarily using the resistive touchscreen, the body of the media player can afford to be fairly minimalist. There are no buttons on its front, but the side sockets cover all the basics and more. There’s a 3.5mm headphone jack, volume controls,a mini USB for charging and transferring data, a microSD card slot and the all-important mini HDMI, which lets you pipe your videos over to an HDTV. No HDMI cable is included in the box though. 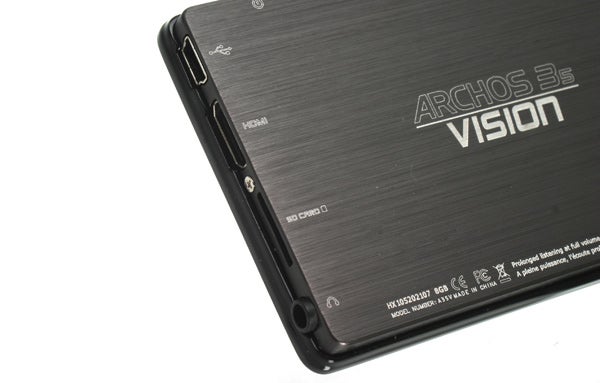 The Archos 35 is slim and light, at 9mm thick and 102g, but falls short of challenging the iPod Touch on the tech catwalk. The back is genuine brushed metal and the plastic screen surround slumps over the top of this panel like an unfortunate muffin top – a seamless, smooth edge would have made this one of the best-looking media players around. It’s still a looker, but has that utilitarian design vibe that’s part of most of Archos’s products.

With 8GB of internal storage, the Archos 35 can house around 10 films or 80 albums, but this is easily extended with a microSD card. A 16GB card can be found for under £15 nowadays, giving this device plenty of budget storage potential.

The Archos 35 is simpler than some other Archos media players, like the Archos 32, because it uses its own proprietary interface rather than Google’s Android OS. It’s based around a scrolling list of options – key among them Music and Video, this little box’s fortes.

Although simple, this interface is crude and unattractive in parts. Archos has tried to spice things up with menu colourful animations that look like simple visualisation effects, but we’d have been happier with less ham-fisted showing off, for a more restrained, thoughtful style. More damaging than the surface-level visuals is the use of a resistive touchscreen. A firm prod is needed to get the screen to respond to commands, leaving us wishing either physical buttons or a capacitive touchscreen had been used. 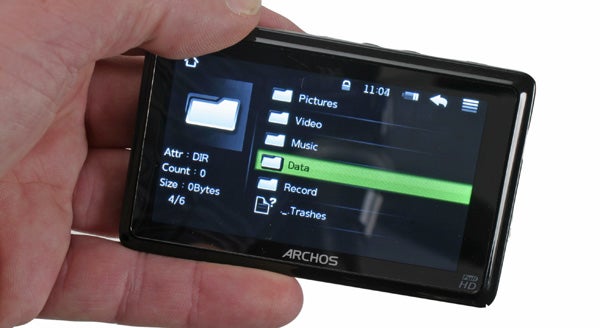 Parts of the interface are fairly small too, leaving navigation feeling infuriatingly fiddly at times. Patience doesn’t go unrewarded though as the Archos 35 can play more video types than any big-name rival. Divx, Xvid and MKVs pose no problems, and it’ll play 1080p MKVs without a hitch. Less popular codecs RMVB and FLV are here too. We saw some slight slowdown when playing 42Mbps 1080p files, but this level of performance from such as small and affordable media player is seriously impressive. 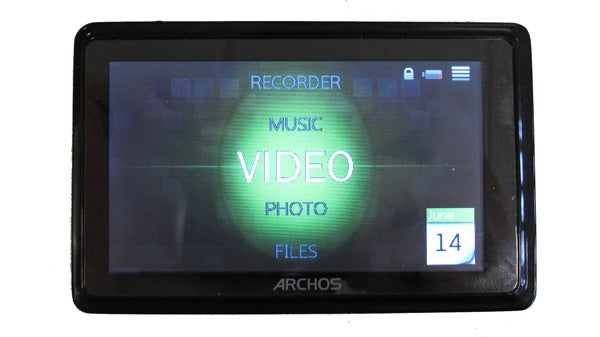 Audio support is also strong, with audio nut favourites FLAC, OGG and APE formats joining the more common MP3 and WAV. The key issue here is whether these praiseworthy capabilities sufficiently balance out the player’s weaker points. Aside from touchscreen and interface issues, the screen suffers from contrast shift and is a little washed-out. Middling quality here reaffirms that the Archos 35’s 3.5in display isn’t large enough to make video-watching comfortable. The resistive touch layer gives the screen a slightly mottled look too when viewed up-close, which you’ll need to do to make out finer detail in images.

You can output your videos to a larger screen using the miniHDMI socket, but if this is all you intend for the Archos 35, you might as well save some money and buy a Sumvision Cyclone Micro 2 or Crystal Acoustics PicoHD5.1 instead. 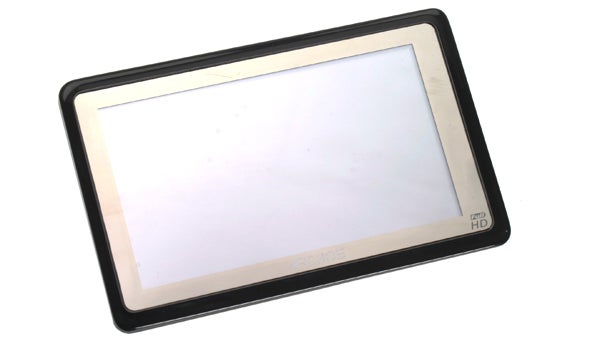 The Archos 35 is by no means a dead loss as an on-the-go media player, as it will happily resume vids and last for almost five hours when playing SD content (less with HD), but the moments when it flirts with greatness frustrate as this PMP could have been much better. A slightly better screen and capacitive touch interface would have made this a seriously desirable gadget, but as it stands cheaper non-screen’d players and more conventional MP3 players will offer attractive alternatives for most buyers. 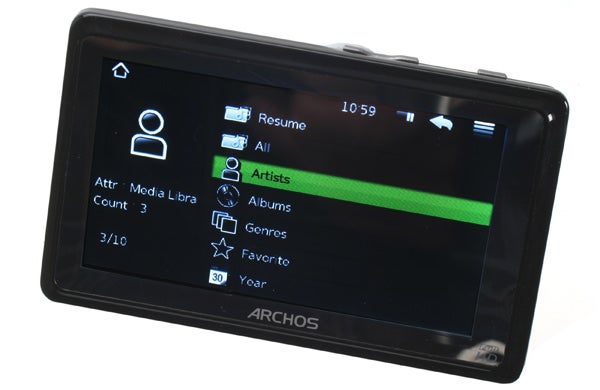 Its HDMI output and great codec compatibility make it more enticing than its bigger brother, the Archos Vision 43 – which only has a standard-def video output – but ideally we’d like to see characteristics of bigger players incorporated. More pixels and an internal speaker or two (there are none here) would have lifted the Vision 35 up a notch or two. It can play videos like almost no other device at his price and size, but actually watching them on the device’s display isn’t all that enticing.

A device of highs and lows, the Archos 35 can play plenty of different video and audio types but the iffy display and unresponsive touchscreen take the shine off these capabilities. The low resolution and average display quality mean watching movies on this device feels like a compromise.

If you can stomach this and the patience required to live with its interface though, the Archos 35 is solid value and can simply do things its rivals can’t.