Cornflakes and ketchup, Ferrari fire sales, open-source Apple software and high quality Bluetooth audio… some things just aren’t meant to go together, or at least so we thought. Claiming it can disprove the last of these universal truths is British high-end audio manufacturer, Arcam, which seriously believes its latest piece of kit can convince audiophiles that Bluetooth is able to deliver sound quality worthy of their ears.

The product given this herculean task is the ‘rBlink’, which follows the rPAC and rLink as the third in Arcam’s series of consumer-friendly DACs (digital to analog converters), all of which are designed to bolster the quality of our home audio. As such, the design similarities are clear: the rBlink is constructed from the same heavy cast brushed aluminium as its stablemates, has the same thick rubber base to keep it from moving and combines the same feeling of durability with stylish minimalism. In terms of size the rBlink is in the same ball park as its siblings, measuring just 75 x 100 x 26mm and weighing 350g for a tumbler-like reassurance. 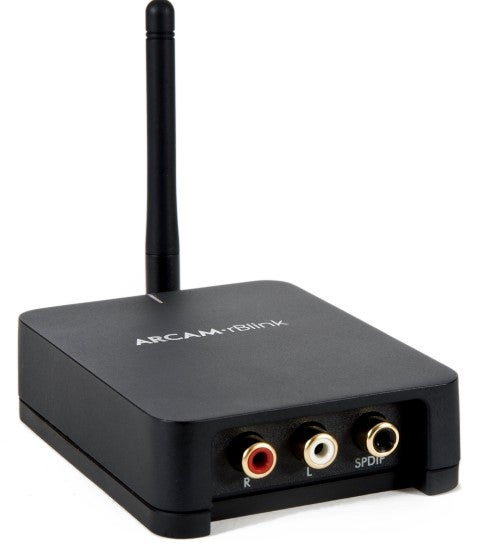 That said, looks aren’t where our interest lies and it is actually the name of the rBlink which subtly gives away its controversial purpose. The ‘B’ stands for Bluetooth and whereas the rLink is a DAC for connecting any source to your speakers via SPDIF or coaxial cables, the rBlink enables the source to connect via Bluetooth. SPDIF and coaxial remain for tethering the rBlink to your speakers, but suddenly the audio from smartphones, tablets and Bluetooth-equipped PCs can be sent to them wirelessly.

The arrangement is Apple-like in its focus: coaxial and SPDIF connectors on one side of the rBlink, while a power input, a pairing button and an antenna reside on the other. Setup is a doddle too; simply connect the rBlink to your speakers, plug in the AC power adaptor (or power it using Arcam’s FMJ A19 stereo amp), press the pair button, pair your source device and hit play. Happily it works just this well in practice. 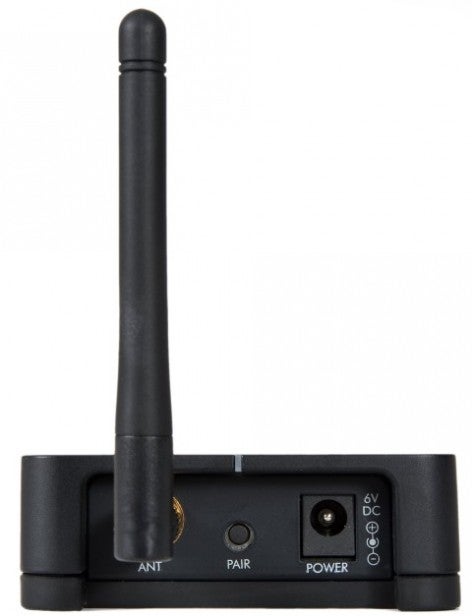 Which brings us back to the elephant in the room: Bluetooth. Arcam tackles this affront to audiophile sensibilities via two steps. The first step gives the Bluetooth spec itself a boost by incorporating support for AAC streaming and CSR’s impressive aptX codec. Bluetooth as it stands only supports 128Kbit music using its standard SBC (Subband Coding) codec, however AAC streaming enables AAC music files up to 256Kbit to be streamed to the rBlink. Furthermore aptX supports streaming of any music file up to 380Kbit (typically the highest standard before lossless files) when the source is also aptX compatible. The snag here is that Apple’s iOS devices aren’t aptX compatible, but increasingly large numbers of Android devices (including Samsung and HTC smartphones) and MacBooks are.

As for step two, it comes down to the DAC inside the rBlink. Arcam has opted for tried and trusted technology, with the rBlink using the same TI Burr-Brown PCM5102 DAC that produces stellar results in the rPAC and rLink. Consequently you’ll find an array of high grade specs including support for sample rates up to 192kHz with 24-bit depth, frequency response of 10Hz-20kHz, a signal-to-noise ratio (A –Weighted) of 106dB (24-bit) and line output level of 2.15Vrms. More crucially, the PCM5102 has a Total Harmonic Distortion Noise of just 0.002%, meaning it should put the kibosh on the distortion usually associated with Bluetooth audio and combat jitter.