What is the Arbor Video Doorbell?

A smart doorbell has numerous advantages over a dumb one, from being able to see who’s at your door before you answer it to being able to answer it from anywhere in the world, fooling people into thinking you’re at home. Now, the Arbor Video Doorbell is trying to get in on the act, offering more than the Ring Video Doorbell 2 for less.

As well as being able to answer your door from anywhere, the Arbor Video Doorbell has a panic alarm and wireless chime for the same price as a Ring, plus 48-hour free cloud storage. A chunky body and battery-only installation may mean that it isn’t suitable for all, however.

The doorbell itself is a big round switch that sits above the camera’s lens, with a very subtle bell icon on it. Sporting a design that doesn’t look like a normal doorbell isn’t necessarily the best way forward; it took me a few seconds to work out what to press. 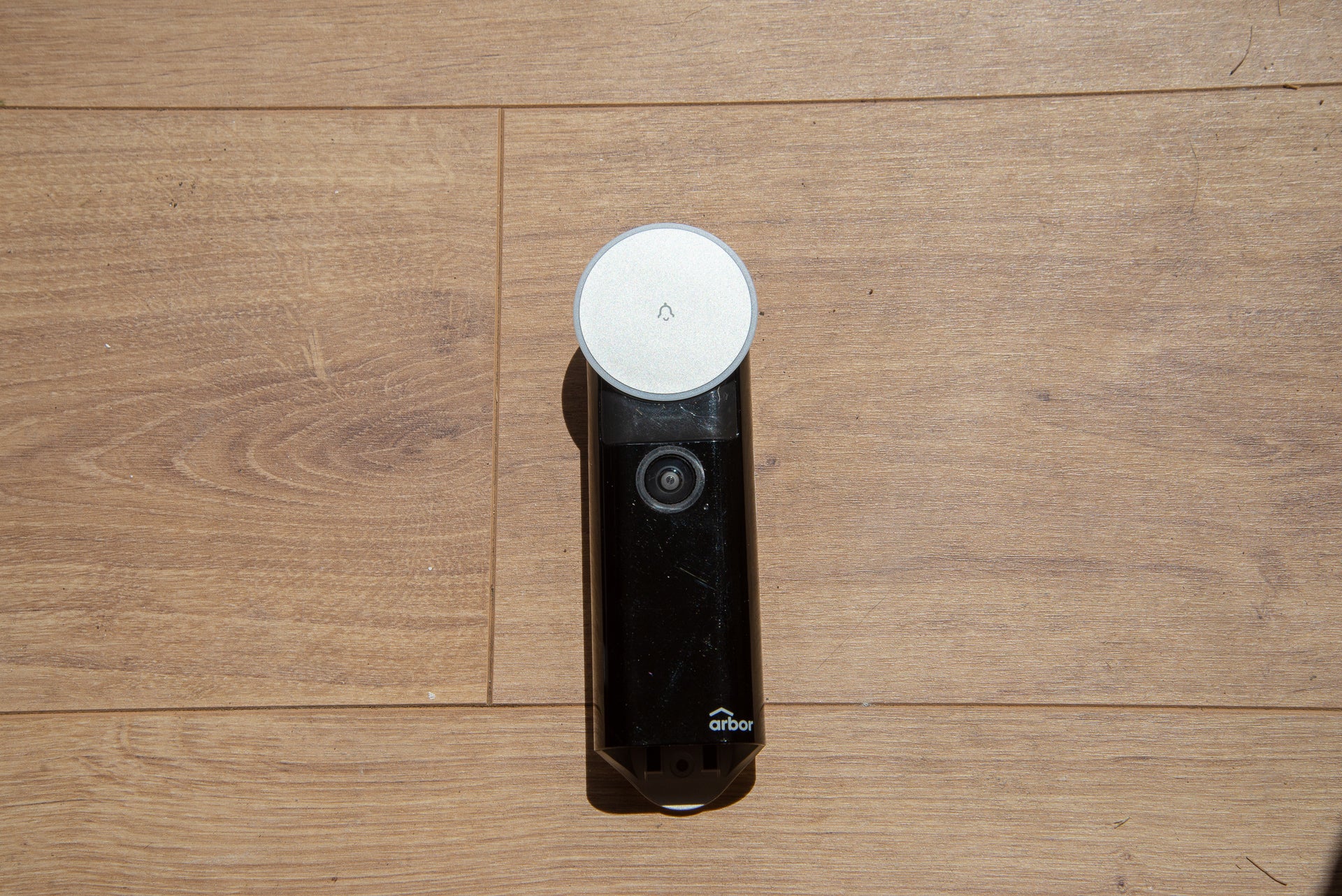 That said, the body feels tough and reliable, and installation is designed to be a doddle. The main doorbell attaches to your door via the mounting bracket, which screws into your door frame.

Arbor provides two wedges (one angled, one straight) should you need them to angle the doorbell correctly. It’s worth testing if you need the wedges first to prevent having to drill multiple holes. 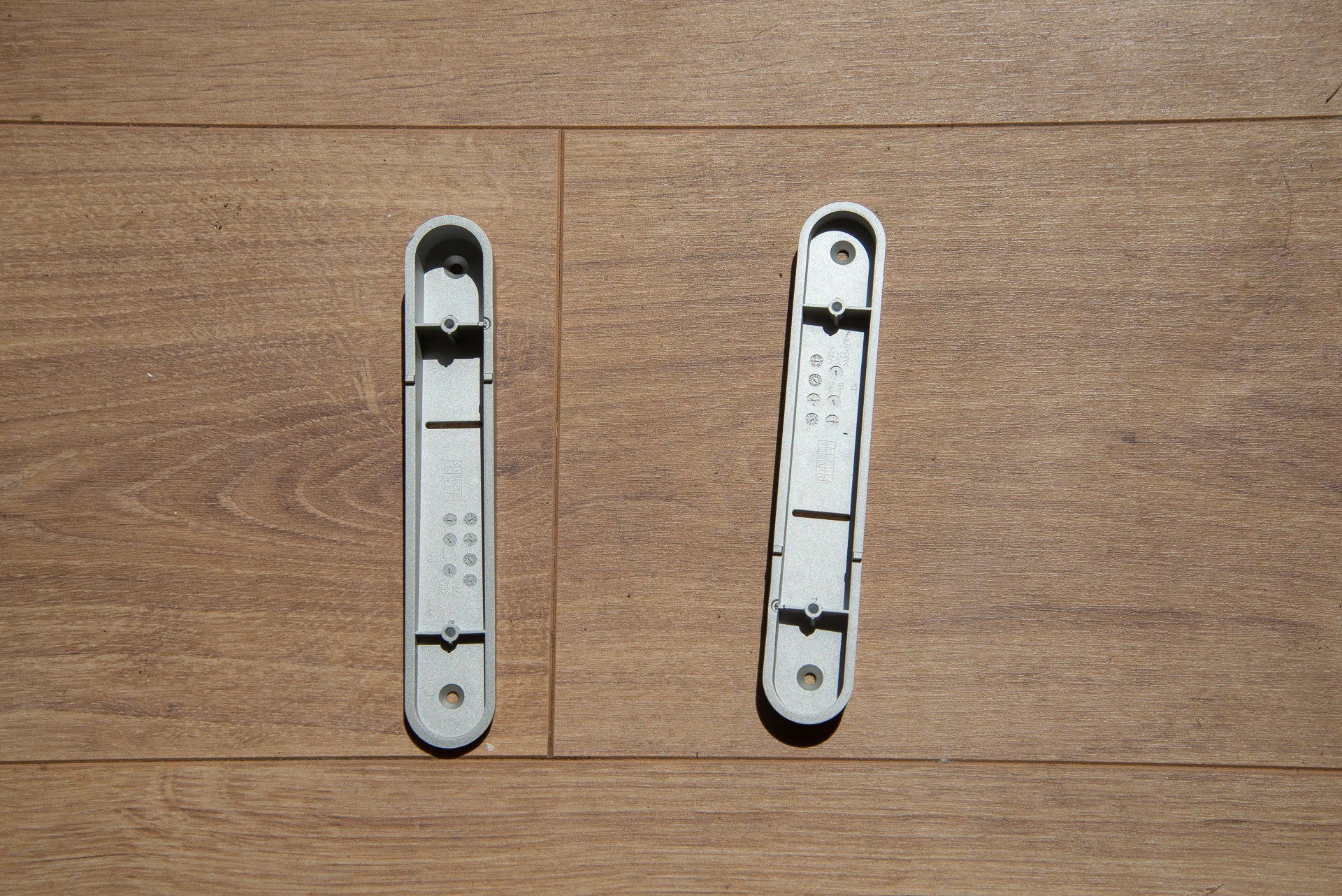 Once mounted to the plate, the Video Doorbell is secured with a screw inside the battery compartment. That prevents the doorbell from being pulled off by a casual thief.

There’s no wired option for this doorbell; it’s battery-powered only. This is a shame, since a wired option would mean that you don’t have to worry about charging.

Arbor claims that the battery should last up to a year, although this rather depends on the settings you engage, how often motion is triggered, and how often the doorbell is used. In my tests, with motion detection turned on, the battery needed charging within four weeks.

The battery can be removed easily, simply pulling out of the bottom – which, unfortunately, also means that it’s easy for a thief to take. 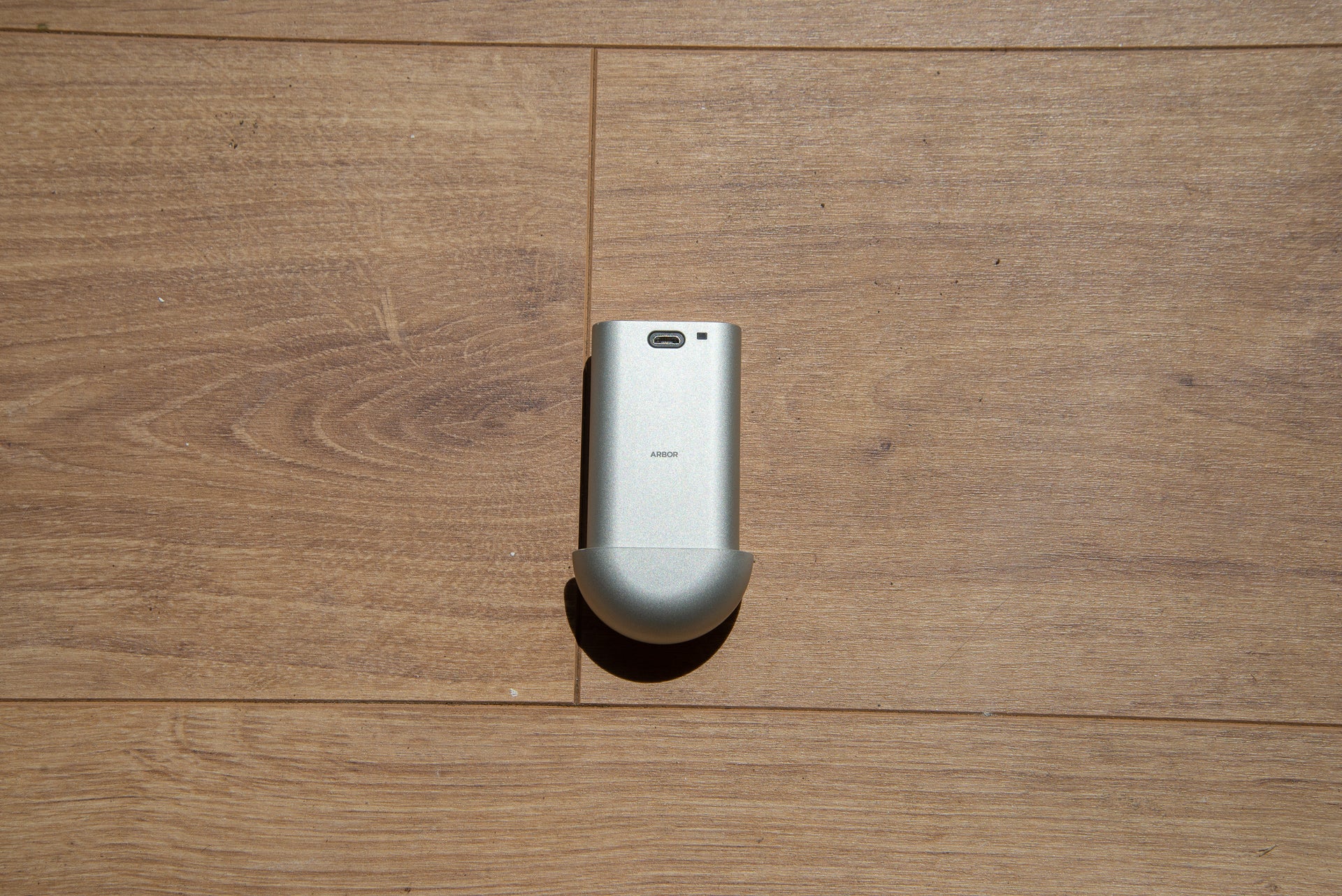 Rather than relying on a Wi-Fi connection, the Arbor ships with an internal chime that connects to your wireless network. The doorbell then connects to the chime using a proprietary, low-power connection – hence the claimed long battery life.

The chime is included in the price of Arbor’s Video Doorbell, unlike the Ring Video Doorbell’s Chime Pro. Arbor’s chime serves another important job: it lets you hear your doorbell inside – without it, you’d be unlikely to hear the doorbell ringing outside.

Installation is pretty straightforward. Simply plug the chime into a wall socket, connect to it via the app, then slide the battery into the doorbell and you’re done. 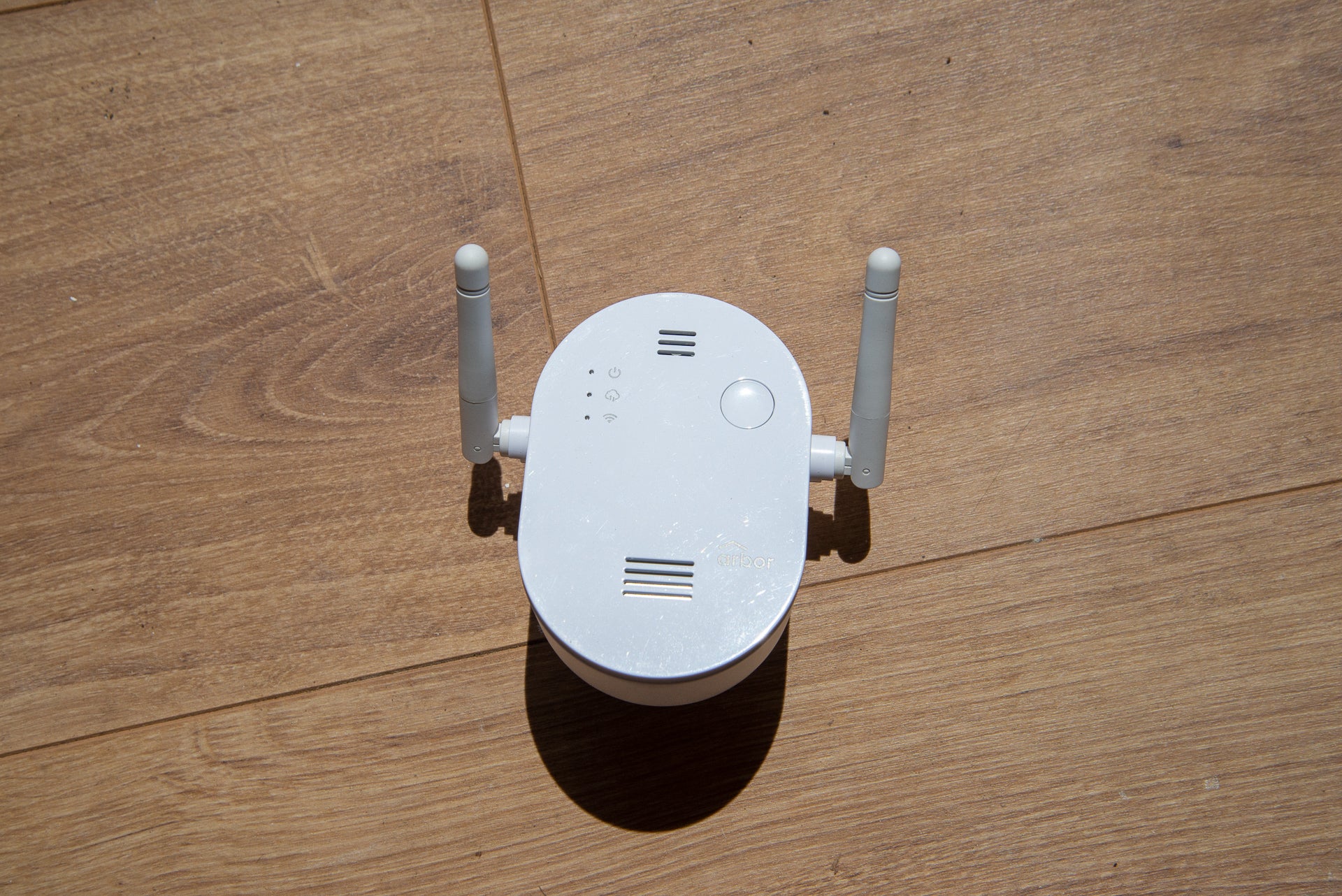 You can change the ringtone – there are a choice of five in the app. However, I couldn’t find a way to preview a ringtone, and only choices 2 and 3 seemed to work. Even then, the ringtone only changes on the chime, not the doorbell. 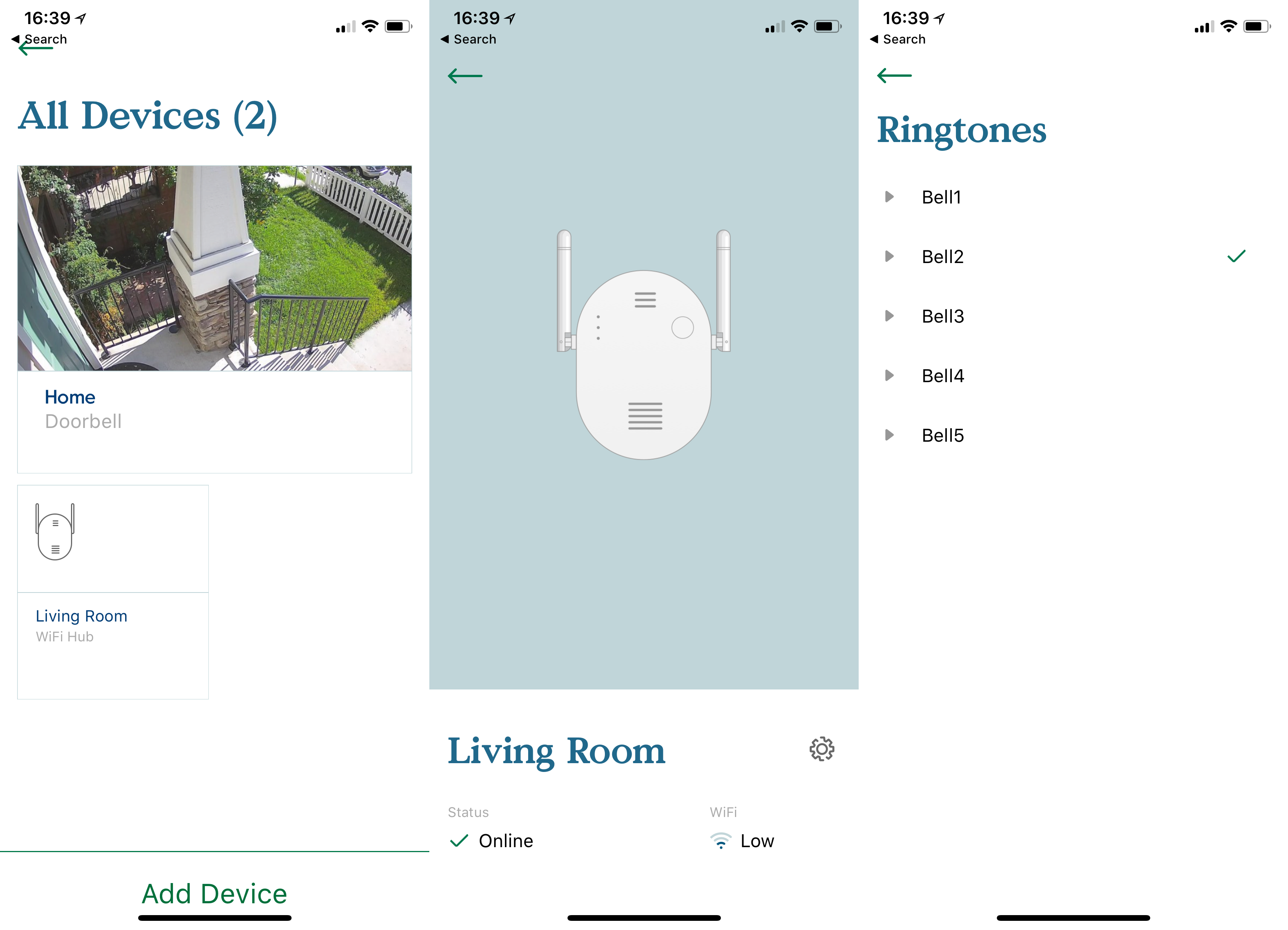 Incoming ring alerts on your phone are posted from a strange email-like address. Mine said, ADDcG44fyr@c2c.arberhome.com. Aside from the fact that this looks like a misspelt web address for Arbor, it isn’t very descriptive and seems to miss the point of having named the doorbell in the first place.

There’s a downside of placing the call button above the camera, too. When you answer the call on your phone, the first image you tend to see is one of someone’s hand obscuring the image.

It’s also a little annoying that you have to answer your door in landscape mode. It’s a more awkward way to hold your phone, particularly when you’re out and about.

Once you’ve answered a ring, you can chat to the person on the other side of your door and, if they’re worrying you, set off a panic alarm. However, this alarm only sounds on the chime, so may not bother the person outside at all; it’s only going to be useful if someone has broken in.

The camera can also pick up motion, with a slider letting you set both motion distance and detection angle. That way, you should be able to have motion detection turned on without neighbours or people walking past your house setting it off.

Motion events are recorded to the cloud, but since motion uses an IR sensor, it can take a while for the camera to wake up. As such, you don’t always capture a full event. 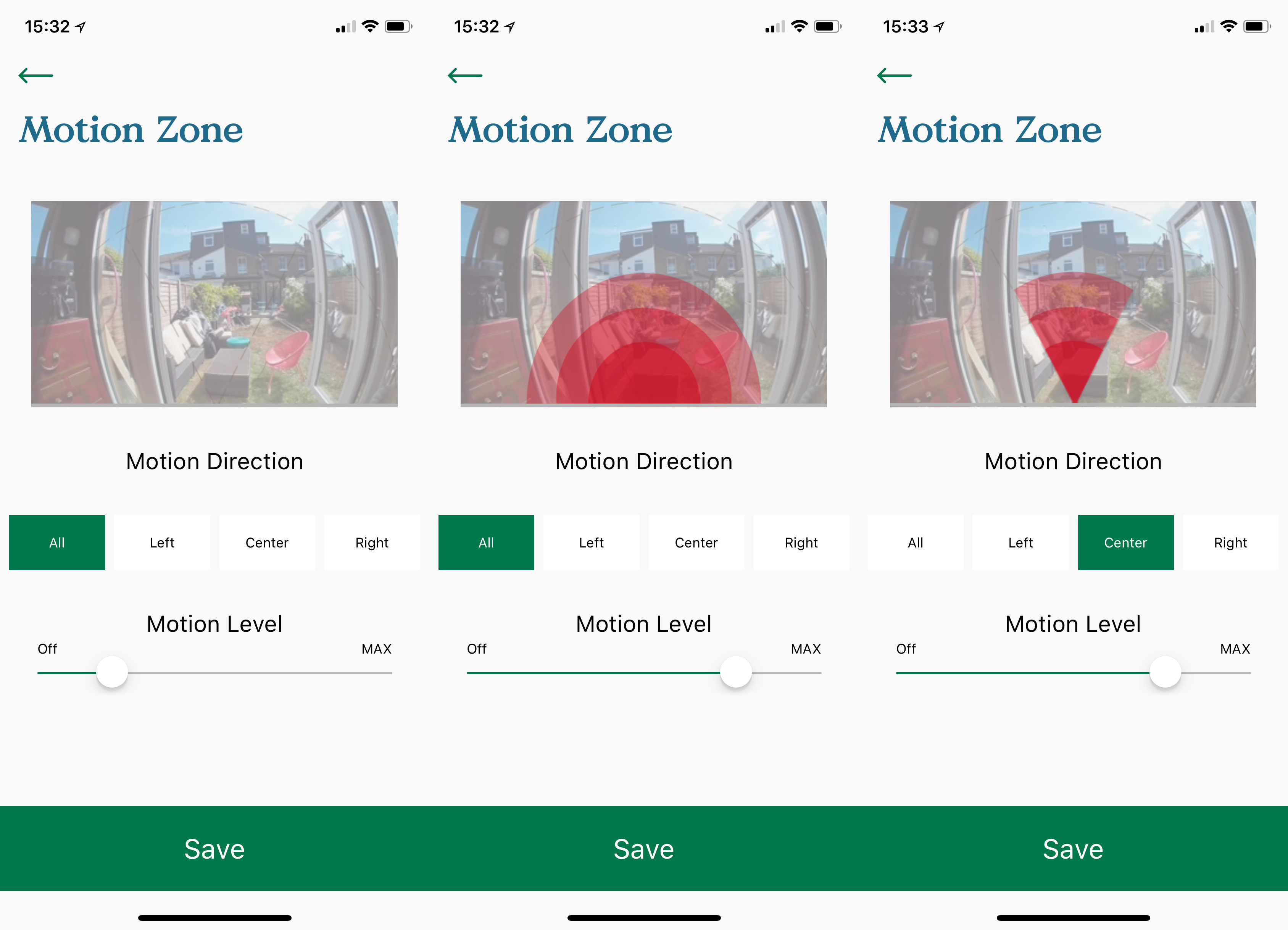 All notifications are stored in a list of Activities, which you can filter by type: Ring, Motion, Answered, Missed Call. It’s a shame that there aren’t any thumbnail images to help you find the incident you want. And there’s no option to download clips, either, making it hard to save a bit of evidence should you need it. That’s a feature that’s set to come in the future.

It’s also a shame that you can’t upgrade the cloud storage option, extending the 48 hours of free storage.

Arbor claims that its doorbell reacts quickly to pressesg. I found that on the first push, the doorbell had to wake-up from its low-power mode, which can take a few seconds to send a notification. Once awake, presses on the doorbell came through to my phone almost instantly.

Video is recorded at a resolution of 1080p. Compression means that the detail is a little smudged out in the background, although the exposure was spot on and it was easy to work out detail on a person’s face. The footage was well exposed and smooth during daylight. At night, the camera uses IR to light up the immediate area. Some details are lost, but you can still clearly make out faces.

Sadly, the Arbor Video Doorbell doesn’t support any voice assistants. As a result, you can’t view the video stream on your phone, for example. It’s also a shame that there’s no IFTTT channel, so you can’t let the Video Doorbell interact with other devices – say, turning on lights automatically when the bell is pushed.

Why buy the Arbor Video Doorbell?

Considering you get the chime, doorbell and 48 hours of free cloud storage, the Arbor Video Doorbell is very well priced. Yet, the slightly clunky app, inability to download clips, and the large chunky design all detract.

As a budget option, the Arbor Video Doorbell works, but the Ring Video Doorbell 2 is vastly superior, has a neater app and looks better on the outside of your home.

A cheap video doorbell with a bundled chime, but the competition does a better job.