Inside, Apple has been tinkering away with both the Apple Watch 3’s processor and wireless chip, with both receiving significant performance boosts. Apple has said the new S3 dual-core processor offers up 70% more performance than the S2. If I compare the two watches side-by-side, apps do open faster – but some still take a little longer than I would like. 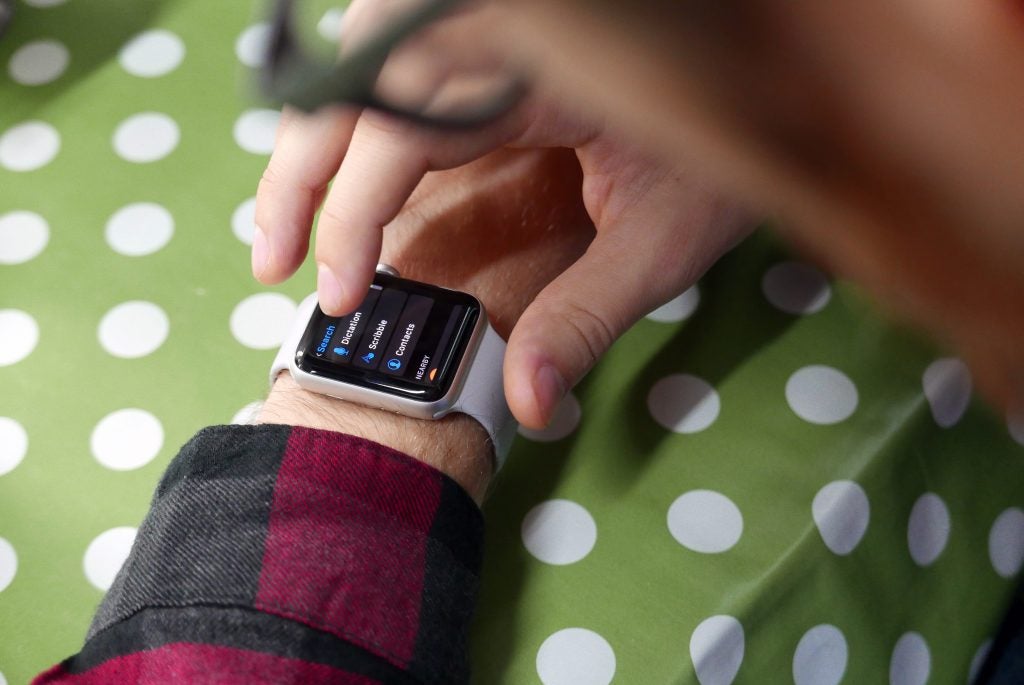 Really, though, the extra grunt is used elsewhere, namely for Siri. The digital assistant is the real beneficiary of the S3’s performance. Now, when you ask Siri a question, the Apple Watch 3 is able to speak its answer through the Watch’s speaker. It makes the Apple Watch 3 far more a hands-free experience – just say ‘Hey Siri’ to engage the voice assistant.

In one real-world example, I was attempting to make a Chicken Katsu Curry at home, hands covered in egg wash and panko breadcrumbs. Hardly a time I wanted to prod away at my Watch or iPhone, although I needed to know what 1 cup was when converted into millilitres. Siri was there and ready to audibly deliver the correct answer, without me having to stop what I was doing.

Some interactions work great, some still direct you back to your iPhone

Frustrations with Siri remain, though. Some queries you’re sure will be easy enough to illicit a response, don’t. Ask Siri ‘What’s gas mark 7 is in degrees celsius?’ – and Siri will divert you to your iPhone for the answer. Ask Siri ‘Do I need an umbrella tomorrow?’, expecting a simple ‘Yes’ or ‘No’, and you’ll be left disappointed. In fairness, it does bring up the seven-day forecast on your Watch screen, but it doesn’t give you an answer through the speaker. In many ways, Siri still lags behind other digital assistant rivals for intelligence.

New with watchOS 4 – the Apple Watch’s latest operating system – is a dedicated Siri watch face. This pulls in context-sensitive cards as a complication on your watch screen. This could be anything from the latest news stories, calendar events, weather, home controls or stock notifications. It’s all displayed in a timeline through which you can navigate with the Digital Crown. Rotating it brings you ‘Up Next’, so you can keep tabs on what’s upcoming. 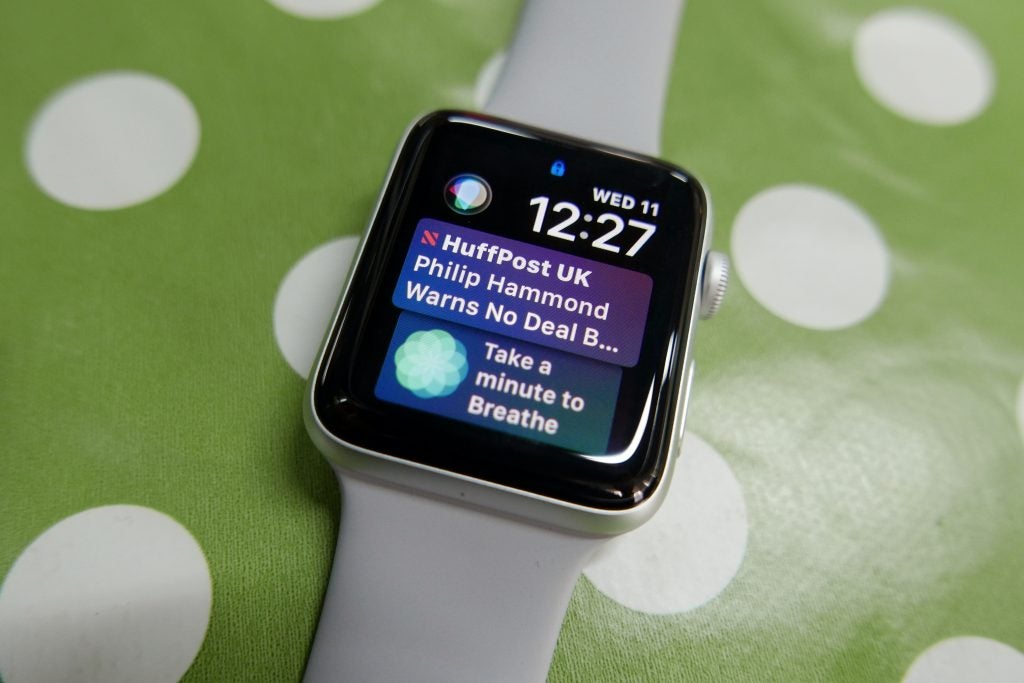 By default the top-left complication is a shortcut button to Siri, but you can change this considering access to Siri is granted by holding down the Digital Crown or using your voice. You’ll need to open up the Watch app on your iPhone to customise the data sources that Siri dynamically pulls from. There are other new watch faces for watchOS 4, including the charming Toy Story-themed face, which now joins Mickey and Minnie Mouse. A special mention goes to how the iPhone’s Live Photos are used as watch faces in a delightful way. They animate briefly when you bring up the watch, the moving image making the watch face look like something out of Harry Potter.

Other refinements to watchOS 4 include changes to the Music app, as well as how it syncs your playlists for offline use. Cycling through your playlists is now with a cards-based interface, which is much cleaner. Your most-listened to music and playlists will now also be auto-synced to your Watch when you plug it in to charge, which is great. It means you’ll always have new music to listen to when you leave your phone behind.

The Music app is now much more attractive

Of course, all of this is dependent on subscribing to Apple Music. There’s no dedicated Spotify watch app, let alone the ability for offline playback seen on Samsung’s Gear S3. The more expensive GPS + Cellular has 16GB of storage, of which 13GB is available for your apps and media. The GPS-only model has half that amount, but it’s likely still plenty for most.

Many of the other watchOS 4 improvements are to how the Apple Watch 3 handles workouts, which I’ll come to in the next section. Otherwise, the Apple Watch experience hasn’t changed that drastically from last year. Apple Pay remains fantastically convenient, especially for getting around London using contactless payments.

Supposedly, Apple Pay has benefitted from a slight speed increase, and it does feel ever-so-slightly quicker, removing that momentary paranoia that you’re about to hold up the queue boarding the bus. In the two weeks I’ve been using the Watch Series 3, Apple Pay hasn’t failed me once. The same can’t be said of my contactless debit card that occasionally fails to register. 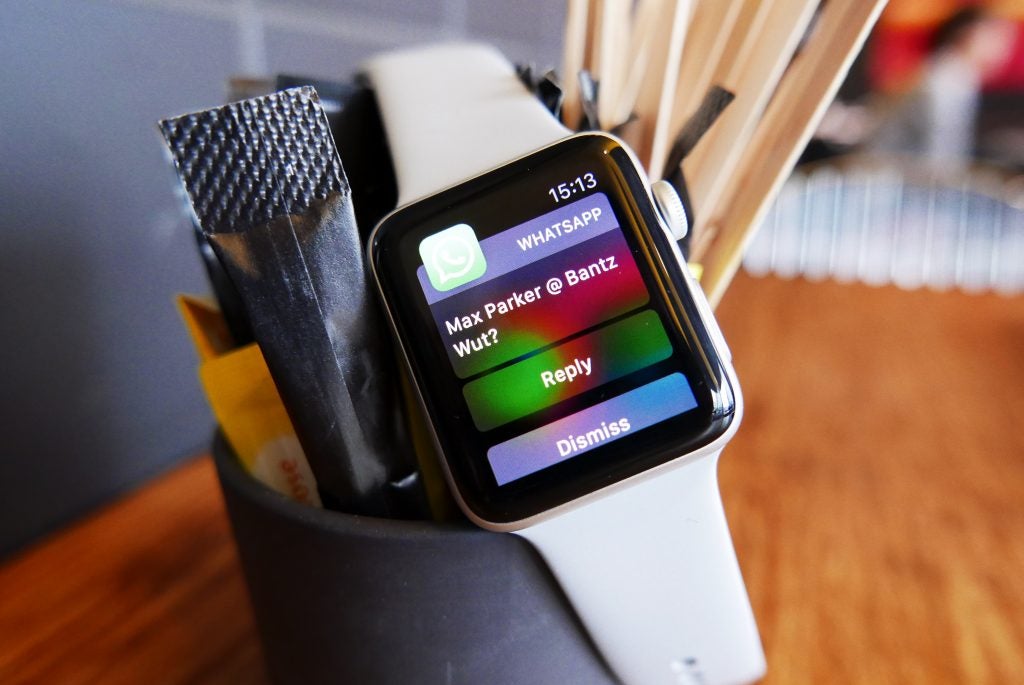 What will really improve the overall Watch experience is a greater number of dedicated apps that take advantage of having LTE. I’d love to have WhatsApp available independently on the watch. Right now, you can only reply to messages that come in, rather than being able to initiate conversations. Even then, that’s dependent on your iPhone being turned on and connected.

With a separate Watch app I wouldn’t worry as much about my iPhone running out of charge late in the day, as I could still be reached through the Apple Watch – granted, people can still iMessage or, gasp, call me; but WhatsApp is the communication method of choice for my circle. And while I’m making a WhatsApp wish list, I’d also love to be able to reply with voice messages through the Apple Watch, rather than having to use the still unreliable message dictation. iMessages do at least let you send voice messages. 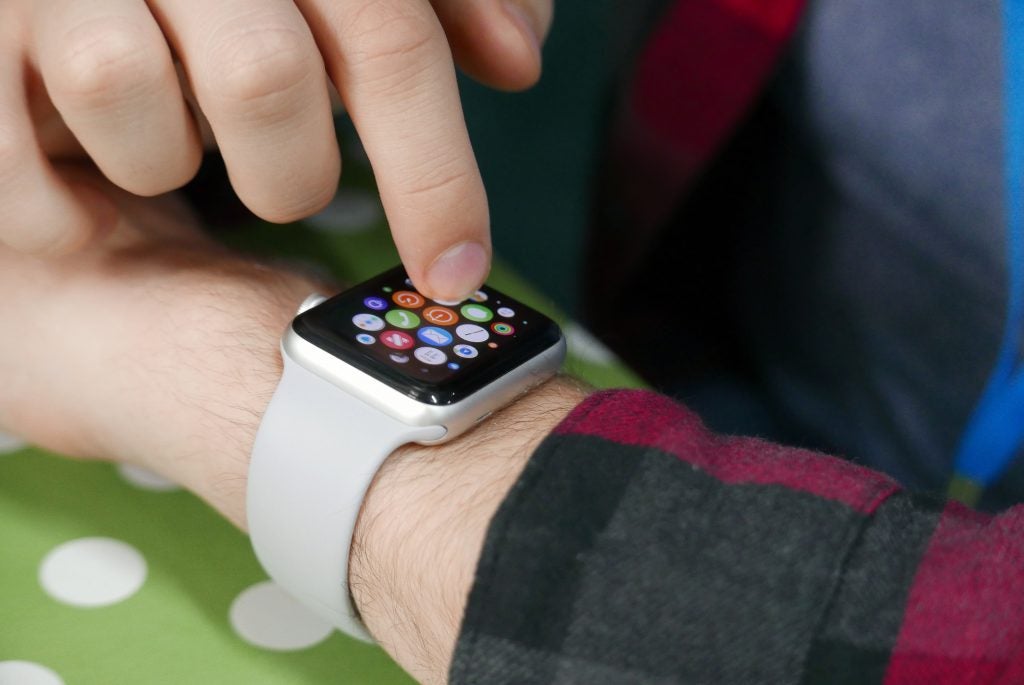 Annoyingly, while there’s a Facebook Messenger watch app, it doesn’t actually make use of the LTE to refresh your latest messages or send new ones. It’s still doing this through an iPhone.

Other high-profiles apps are still missing or have been removed over the years, such as Twitter, Google Maps and Amazon. In the case of Twitter, notifications from the service have at least improved, even if there isn’t a dedicated app to scroll through your timeline. Still, watchOS is still generally better supported than the likes of Android Wear or Samsung’s Tizen operating systems.

I especially like being able to control my LIFX light bulbs or trigger my GoPro from my wrist. Then apps like Shazam also have companion apps so now I can discreetly check what song is playing in the background and fake musical knowledge to anyone I’m around. This is truly living in the future.

I’ve increasingly found myself using Apple Maps again thanks to the Apple Watch, too, having long been a Google Maps loyalist. Having the Apple Watch 3 buzz on my wrist to tell me of an upcoming turn is great, although for some reason my iPhone’s GPS can occasionally find itself out of whack, teleporting me past a turn and getting everything confused. The Apple Watch 3 app can be a bit slow to update its bearings if you manage to miss a turn, too.

Since my original review, Apple has now released its watchOS 4.1 update. This brought with it some useful additions that arguably should have been readied at launch that focus around music.

First off, you can now stream Apple Music over LTE. It’s a little cumbersome for my liking as you’ll need to use Siri if you want to play specific artists, albums or tracks. There’s no way to navigate music libraries from the Apple Watch’s screen. Other Siri commands include asking it to play specific playlists or to shuffle your music. Using Siri also means the experience is subjected to some of Siri’s foibles on the Apple Watch, occasionally taking some time to process your request or getting it wrong altogether. Still, overall, when going out for a run it’s a handy option to fall back on. My preference is still just to save offline music, though.

There’s also a new Radio app, which lets you access stations such as Apple’s own Beats1. Again, it’s a handy option if you’re struggling for something to listen to and haven’t planned ahead.

Other new additions include GymKit support becoming available, which lets the Apple Watch communicate with certain pieces of gym equipment such as treadmills or elliptical machines. You also now have an option to disable the Apple Watch’s Wi-Fi connect from the Control Centre screen, as well as seeing what network it’s connected to. It’s another step in eradicating the niggling LTE bug that was around at launch (and was already subsequently fixed).