I’ve already mentioned that the Apple Watch 2 is more focused on health and fitness, and watchOS 3 is a big part of that. For starters, it’s now possible to share your activity and compare it with that of your friends, adding a nice bit of competition into the mix. It’s what the old Nike FuelBand did so well and it’s a neat addition to the Apple Watch.

You now receive reminders to breathe, as well as to “stand”. Amusing as it may sound to be told to breathe, it actually works pretty well. Hit the icon when buzzed and a one-minute breathing exercise will begin, providing haptic feedback to signal when you should inhale and exhale, enabling you to do it with your eyes closed. It focuses the mind and gives you a mini-break from whatever you’re doing. 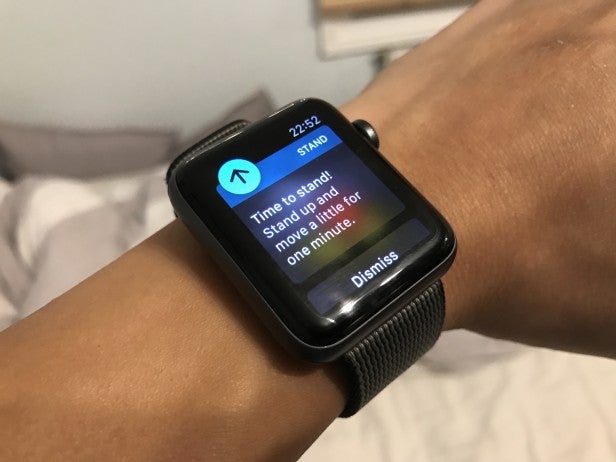 The reminder to stand is also now more politically correct. You won’t get crassly reminded to get up if you’re a wheelchair user; instead, the Apple Watch Series 2 will tell you to go for a roll.

The Apple Watch 2 can determine if you’re walking or in a wheelchair, and will accurately track exercise without you having to actually tell it what you’re doing. That means that it knows if you’re rolling, walking or even swimming.

By being able to better understand the movements your arms make, the Apple Watch 2 can more accurately track energy expenditure and therefore tell you how many calories you’re using; it isn’t only about the distance travelled. It’s able to establish whether you’re a super-efficient swimmer, or simply flailing about like a drunken baboon. One uses more energy than the other when swimming the length of a pool.

All of this is very clever indeed and it’s Apple at its best – making the extremely challenging look effortless. 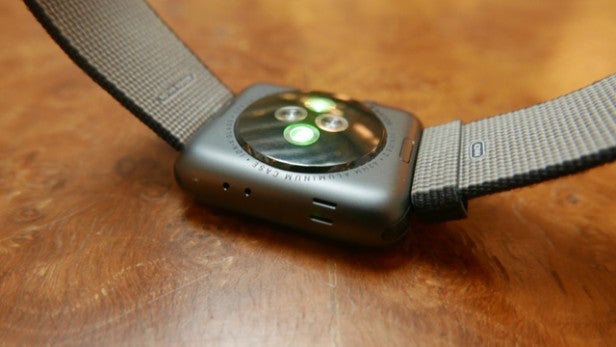 The Apple Watch Series 2 comes with the excellent optical heart rate monitor that I’ve become accustomed to in the first version. As long as the watch is sitting snug on your wrist, it will provide an accurate record of your pulse whether you’re exercising hard or just resting. In tests its results were closer to the chest-worn heart rate monitor in comparison to the Fitbit Charge 2.

New to the Watch 2 is built-in GPS. This lets you track activity such as runs, without the need to lug around your iPhone. 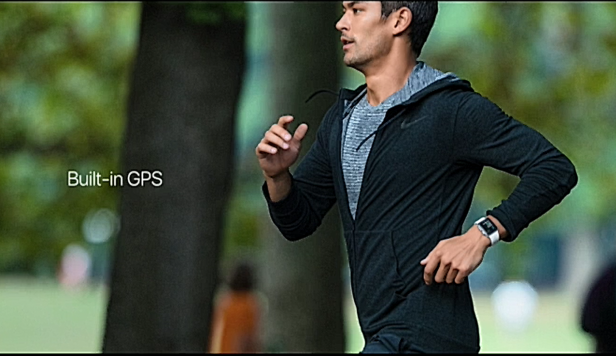 I’ve found myself becoming more active simply by way of the Apple Watch highlighting what a sedentary lifestyle I’m currently leading. Issues with my back and knee over the past two years have led me to stop exercising. However, I’ve found myself slowly but surely walking and cycling more with the addition of the Apple Watch, raising my heart rate more often as a result.

Related: This is how the Apple Watch 2 stacks up against dedicated fitness trackers

I wouldn’t consider myself to be a hardcore fitness fanatic, unlike TrustedReviews’ muscle-bound Wearable and Fitness Editor, Richard Easton. He compared the Apple Watch 2 to some of the best fitness trackers and watches around and goes into greater detail regarding its accuracy. Be sure to give that a separate article a read by hitting the link above.

The Series 2 takes health and fitness far more seriously than the previous version – and is all the better for it. It’s the effortless nature of its tracking that I find most appealing, though. There will soon be some upgrades to the Apple Watch 2’s fitness credentials in watchOS 4, too, such as new support for High Intensity Interval Training (HIIT).