Apple has turned around its fortunes in computer sales with its latest line-up of laptops. While its market share in terms of hardware has been tiny in the last two years, this year has seen it grow massively, to the point where almost 20 per cent of all laptops sold in the US are Designed By Apple in Cupertino, California – and Jobs’ firm is well on the way to catching HP and Dell in the sales stakes.


Key to the resurgence of Apple has been its consumer line of notebooks, the MacBook, with its pearly white finish and wide screen. But Apple has never forgotten that so many of its customers are ‘creative’ professionals – video editors, photographers, graphic artists and web designers, and so has continued to put a bit of effort into its MacBook Pro line. 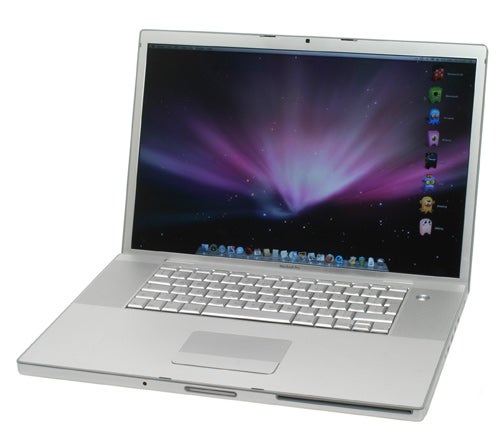 Fundamentally, the MacBook Pro line is exactly the same design as the old PowerBook G4 range from the past few years, but with Intel chips inside rather than Motorola. It could quite happily be argued that you shouldn’t fix what isn’t broken, and you’d be hard pressed to argue that the 17in MacBook Pro isn’t the best-looking, slickest large-screen notebook out there. All the ports you could possibly need are included, with three USB, a Firewire, Firewire 800, Ethernet, dual-link DVI and line in and out, as well as ExpressCard.

Apple has recently updated its MacBook Pro with a bunch of options, which put it right back at the top of pile for hardware specifications. For the first time, you can now have the 17in wide screen kitted out with a 1,920 x 1,200 resolution – the same size as on most 24in monitors, making for a very high pixel density and effective screen space (great for those working with large megapixel pictures and HD video). Naturally, there’s a webcam nestled inside the bezel at the top. There’s now an option for a 250GB internal hard drive, for all the media storage, and the machine can accommodate up to 4GB of speedy DDR2 667MHz memory. The raw power has been enhanced with a Core 2 Duo that goes up to 2.6GHz, and the standard graphics is a GeForce 8600M GT, with 256MB of RAM – pretty handy for kicking back with a game when it all gets a bit much.

The configuration we have on test here today is a 2.4GHz machine, specced up with 4GB of memory and a 250GB hard drive. The first thing to note is the memory – whatever you do, avoid purchasing it from Apple directly, which is eye-gougingly expensive. Apple wants £450 to upgrade the RAM from 2GB to 4GB, whereas 4GB can be bought direct from someone like Crucial for barely £120 – and it’s a thirty second job to fit it. 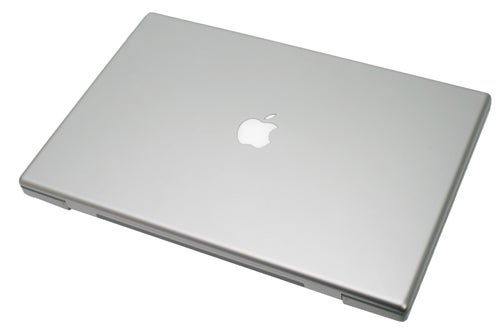 So ludicrous upsells aside, there’s no doubting that the machine doesn’t lack power. First impressions upon use are that it’s seriously snappy – with 4GB of RAM, Leopard, the latest version of OSX, absolutely flies. Combined with the GPU acceleration of the OS, there’s no hint of lag, opening applications is super fast and you can quite happily open Final Cut, Photoshop, Pages, Safari, Mail, iTunes and a whole bunch of other applications simultaneously and switch between them all without blinking. Many people consider OSX to be the ultimate OS for multi-tasking – with Expose and Spaces making it a cinch – and the latest Pro laptop really packs the hardware to deliver that potential. Now you might argue that it’s no faster than a top of the range Windows notebook, which is quite right – but you never really get to unleash that power on Vista in quite the same way. 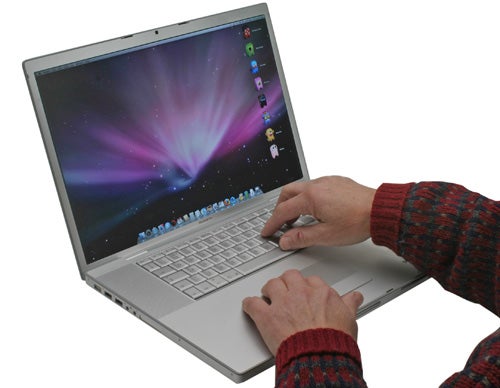 The screen itself is impressive with its high dot pitch and fantastic brightness – the OS was really designed for this kind of size, and everything looks razor sharp, although the backlighting is a little uneven. The latest 15in MacBook Pro has an LED backlight, but the 17in still has the cathode variety.


However, the physical characteristics are not all good. The keyboard is incredibly spongy, and lacks a really decent ‘click’ action, which can lead to you mis-typing if you don’t really hammer them down. The under-lighting – where each letter lights up in low light to enable you to see what you’re typing – is a great feature on paper, but is managed so badly in the operating system it requires a third party software plugin to actually make it work the way you’d expect. The British keyboard also has an absurd ‘enter’ key which is far too small, and which results in you hitting the key next to it far too often. 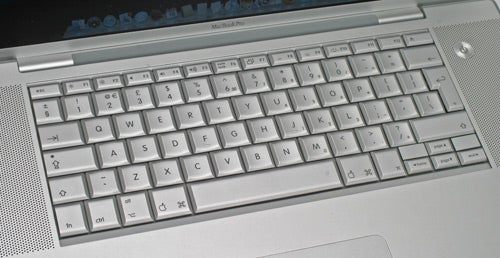 There’s also a major problem with the finish. Apple hasn’t updated the aluminium painting/plastic combination for years, and anybody who’s had one for a while will tell you that the wrist rest wears pretty badly, colouring and scraping away slowly. We would heartily recommend checking out the Marware Protection pack, which includes a great wrist rest cushion. But those are really the only complaints you can level at what is undoubtedly a gorgeous machine. It is a mere one inch thin, and this really makes it a stunning feat of engineering – sat next to any other Windows 17in notebook it looks wafer thin. 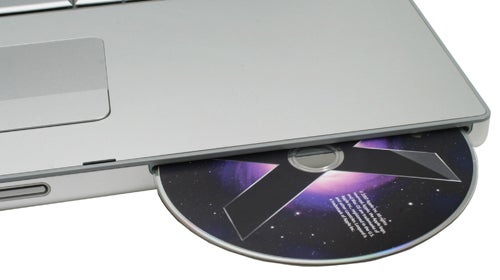 The weight is also impressive at just three kilograms, and this makes the MacBook surprisingly light to lug around for its size. It is, however, more of a portable computer than a true laptop – unless you have pretty chunky thighs, you may find it a unwieldy to work on such a large screen so close to you. However, the 17 model doesn’t suffer from the heat problems of the MacBook consumer grade – with more surface area to spread the heat over, its far less of a crotch warmer. 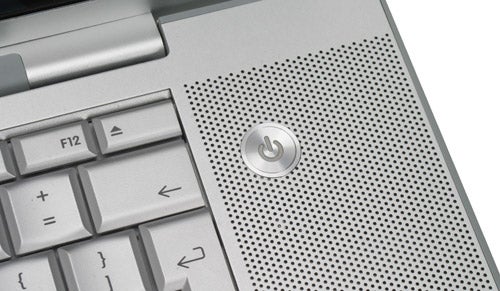 
In conclusion, the 17in MacBook Pro is really a fantastic machine for creatives and anyone else looking for a high-powered, high-style laptop with a large screen. Sure, it does cost a little more than your average Windows laptop – around £2,100 for this configuration with the extra RAM from Crucial, compared to more like £1,600 for something similar from Rock. But aside from the obvious visual appeal, this kind of hardware specification demands an OS to match up, and OSX does the job far better than Vista. 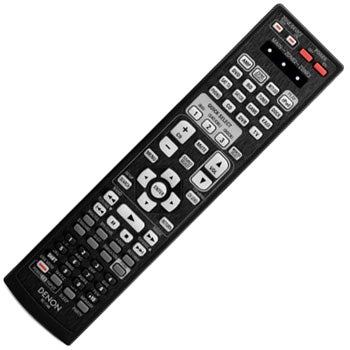