Like its body, the keyboard and touchpad on the 2013 Apple MacBook Air are just as they were before – i.e. very good indeed. The keyboard is nicely laid out and is backlit. Keys have a crisp, clean and light action, albeit on the shallow side. It’s a great keyboard to type on, no matter how long the session.

The touchpad, meanwhile, is as close to perfection as we can imagine. Its glass surface is silky smooth and the ‘clickpad’ action, whereby the whole pad acts as the button, is effortless. Its size and Apple’s mastery of gestures within Mac OS renders any complaints about the lack of a touchscreen null and void. 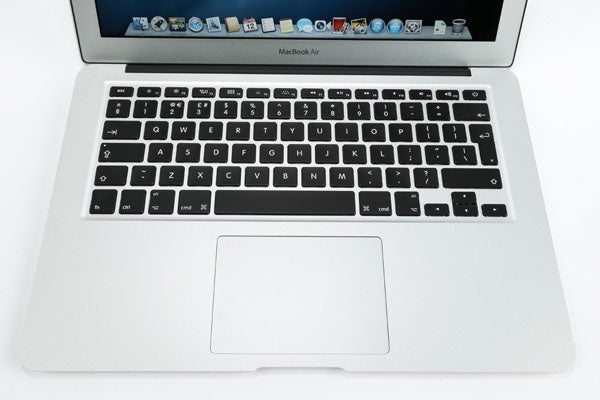 Heat and noise is just important an issue as battery life in small thin and light laptops. During typical, light use (i.e. word processing and web browsing), the Apple MacBook Air 13-inch is the personification of cool and calm. You could use it for hours with nary a peep from its built-in fans.

It’s not immune to getting hot and bothered, however. Once you start really taxing the processor or graphics, the fans will kick in eventually. How loud they are depends on what you’re doing. Regular multitasking is no cause for irritation, but video editing and games generate a mildly distracting amount of noise.

When it gets going, the warmest part of the laptop is around the back near the screen’s hinge. It rarely gets warm enough to cause discomfort, however, particularly during the kind of tasks you’ll perform when actually using the MacBook on your lap. 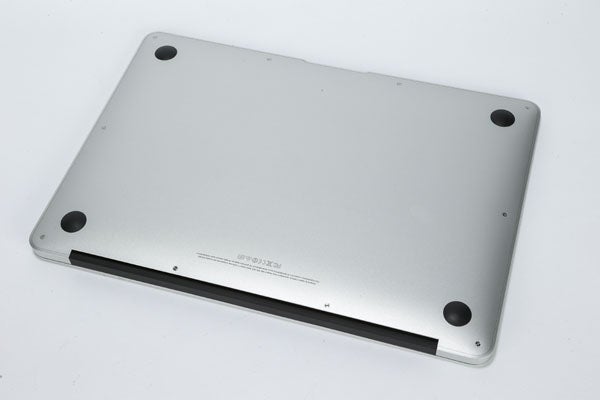 While the physical connectivity remains basic, Apple earns much kudos for including a new, faster 802.11ac standard Wi-Fi module. 802.11ac is around three times faster than 802.11n, hitting maximums in the 30MBps range, but it improves range and performance at range markedly, too. The upshot is the Apple MacBook Air 13-inch 2013 is nicely future proofed, a fact helped by Bluetooth 4.0 and Apple’s ‘daisy chaining’ Thunderbolt 2 I/O, too.

Another pleasant surprise are the speakers on the Apple MacBook Air 13-inch 2013. Hi-Fi they’re not, but they have more mid-range warmth than a laptop this size has any right to have. They’re loud enough and clear enough to enjoy a TV episode or even some music, albeit casually. Just avoid anything with too many explosions.

Finally, one further tweak to the Apple MacBook Air 13-inch 2013 is dual microphones. This adds the same active noise cancelling as on the iPhone 5, which is good news as the call quality on an iPhone 5 is top-notch. It’s another small but significant upgrade, particularly if you’re a regular voice chatter. The HD webcam is outstanding, too. 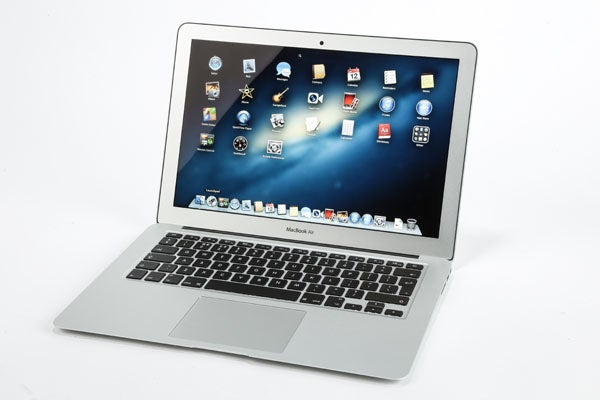 If you’re after a light, slim yet capable laptop, we can’t think of any reason not to. Indeed, once again the MacBook Air leads its Windows-based Ultrabook rivals by quite a distance.

It’s the battery life that really swings things, but the reduced price helps a lot, too. At present, it has no equal in quality at the same price. Contenders may arise as more rivals launch with Intel’s new Haswell processors, but it’ll take a lot to knock the MacBook Air off its perch – Samsung’s newly announced ATIV Book 9 range is one to look out for.

Those with particularly demanding needs should consider the Apple MacBook Pro 13-inch with Retina display, which is almost as portable but more powerful – an Air is no use for video editing or serious graphics work. Beyond that, though, the Apple Macbook Air 13-inch 2013 is enough for anyone’s regular use. If ever there was a time for existing owners to upgrade, this is it, unless you want a better screen, that is.

The Apple Macbook Air 13-inch 2013 is a fantastic update to an already excellent product. It’s a great time for existing owners to upgrade, and it sets the standard for all rivals to try to match.