It’s a testament to the brilliance of the original Mac mini design that, as far as any consumer is likely to notice, it has barely changed since its inception. A look around the rear of this system reveals a notably changed port arrangement than on preceding models, but it is the internals that have seen the biggest update – in fact, it’s only the internals that are different this iteration.


Whereas the most recent refresh before this brought the Mac mini up to date, hardware wise, with its peers, the current changes are ‘just’ spec bumps. Importantly, though, although there’s no fundamental changes in the hardware on offer, the base specs at both the £499 and £649 price points have been raised. The cheaper Mac now gets a 2.26GHz Core 2 Duo CPU, 2GB of RAM and a 160GB hard drive as standard, while the £649 mini I have on my desk comes with a 2.53GHz processor, 4GB of RAM and a 320GB hard drive. 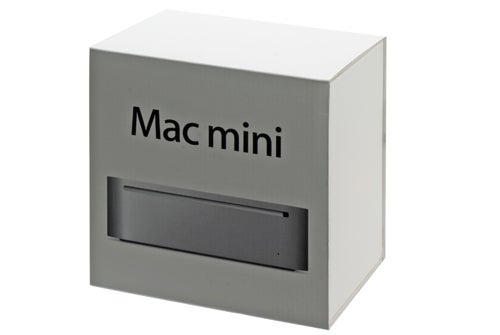 A 2.66GHz CPU upgrade is available for £120, but you’d be (s)mad(/s) certifiably insane to spend an extra 18 per cent on the cost of the system for a five per cent speed boost. The £70 to upgrade the hard drive from 320GB to 500GB is on the dear side, too, but then when has Apple ever offered cheap upgrades? Some solace can be taken in the provision of £70-odd iLife ’09 which takes care of most of the functionality you might want out of the box, which isn’t already built into OS X.


Strictly speaking, the latest update has ushered in a noteworthy change in the external hardware, but not for your average user. The Mac mini with Snow Leopard Server is, as the name suggests, a mini with an unlimited client license for Apple’s Server software. The significant difference, however, is that the DVD drive is eschewed in favour of a second hard drive, with two 500GB drives offered at most. Considering your next best option for an OS X-based server is a £1,899 Mac Pro it’s a nice addition to the product range for small businesses customers.


It’s a safe move for Apple, too. No business that was seriously considering a Mac Pro is going to look at the Mac mini server and think: “yep, that will do the job instead.” The cost of offering a slightly different version of the mini chassis is likely negligible, too, so for all intents and purposes I imagine the price difference between the top spec mini and the version with Snow Leopard Server is almost all profit in Apple’s pocket – nice!

The Mac mini was breathtakingly small when it launched and it’s no less a thing of beauty now. Every time I find myself using one of these systems I can’t help but wonder whether I’m quite the fool sacrificing as I do hectares of space at home just so I can have a quad-core CPU with a boatload of DDR3 RAM and a powerful graphics card. Surely I’d be better off ditching my Windows 7 based desktop in favour of a Mac min? After all, I have a PS3 and an Xbox 360 to play games on!


Admittedly I’m not quite the audience Apple is after. The mini may be targeted at those who already have a Windows desktop setup, with the requisite monitor, like myself. However, the kind of Windows-based PC those considering the Mac mini would be stuck with is more along the lines of the Mesh Cute, the ilk of which offer similar specs for similar prices to a Mac mini. 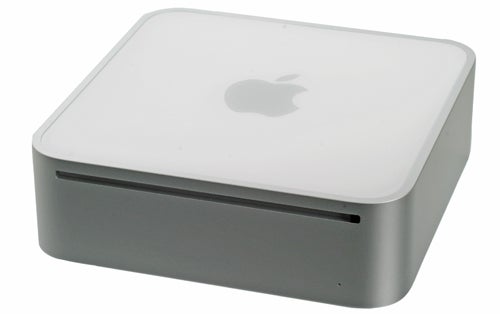 The Mac mini bests such systems in either one of two respects, depending on your point of view. Indisputably the mini’s teeny tiny 165.1 x 165.1 x 13.1mm dimensions make it almost incomparably small compared to any proper Windows PC. And while Nettops will compete on size, I wouldn’t want one as my primary system at home.


The second possible advantage is that which every Mac can lay claim to: OS X. Snow Leopard is without a doubt the best operating system from Apple so far but whether it can be considered quite so superior now that Windows 7 has arrived is a matter for debate.

Having had plenty of time to use both Windows 7 and OS X 10.6 Snow Leopard extensively on a variety of systems over the past months I’m still convinced that OS X is the ‘better’ operating system and it’s still only DirectX (and Valve, to be brutally honest) keeping me on Windows’ side.


Nonetheless, I’ve no doubt that many Windows users could happily change to the Mac way of working with a computer. All the major name software I’ve ever wanted to use is available – that is, Microsoft Office and Adobe Photoshop. Besides, the majority of us simply need a computer to run an email client, a web browser and play back music, photos and videos. The mini does all of these tasks out-of-the-box without any fuss, so there are no complaints there.

The latest mini manages to feel a little snappier in operation than the last generation system did. I’m not convinced improved specs can be held wholly responsible for that improvement though. It seems much more likely that the performance enhancements in Snow Leopard – such as the 64-bit rewrite of its core codebase and the enhanced multithreading management offered by Grand Central Dispatch – are largely responsible for that. Whatever the cause, though, the result is what matters and even running multiple applications, with mutiple windows for each, the Mac mini never felt unresponsive.


Criticisms, then, are no different now than the last time I used a Mac mini. The use of mini display connectors mean there’s space for two at the rear, but having to use an adaptor to get an HDMI output isn’t ideal considering the mini would otherwise be a brilliant under-TV PC. Imagine the lost adapter revenue Apple would suffer were it to use standard connectors, though! The company is only barely in the black after all.

More problematic to the Mac mini is the newly updated iMac range. The cheapest of these is ‘only’ £450 more than the cheapest Mac mini and has better specs. Comparing with as close to identical components as possible (£649 for the Mac mini, £120.01 and £79.99 for the 2.66GHz CPU and 500GB hard drive upgrades respectively) the difference shrinks to a mere £100, which is bloody good value for a 1,920 x 1,080 pixel, LED-backlit display. Oh, there’s a £55 Magic Mouse and a £28 keyboard bundled with the iMac, too, making the difference ludicrously negligible.


Now I’ll be the first to admit there are few Mac mini users who need more than a 2.26GHz Core 2 Duo processor, 2GB of RAM, or a 160GB hard drive (we should all be using NAS appliances anyway). Nonetheless, I wish you good luck finding an LED-backlit 1080p monitor, plus a keyboard and mouse, to pair with the £499 Mac mini for under £450 and even if you can, the result won’t look as elegant – that I’ll guarantee. 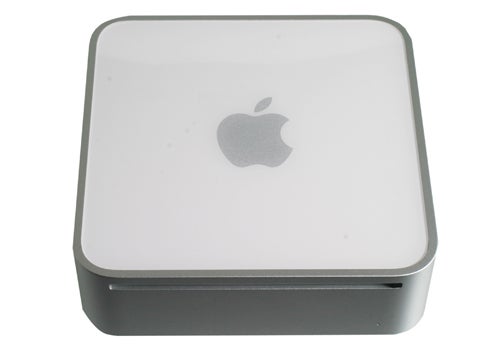 Okay, you may not want or need the 21.5in iMac’s size and resolution and don’t care about the numerous benefits of LED-backlighting. And yes, it’s entirely possible you already have a serviceable display on your desk. But neither of those considerations change the fact that in many, if not most, situations the iMac, all costs considered, is a better value solution. Just rest assured that if you are one of those for whom the Mac mini is a better option then it is a fantastic system.


In isolation the Mac mini is a fantastic entry level OS X system. Unfortunately for Apple, the latest entry level iMac is so well specced and so well priced that there are few situations where it wouldn’t be a better option.

Hugo Jobling
Hugo Jobling contributed a variety of reviews to Trusted Reviews between 2007 and 2011. …