Try as hard as you like, you cannot deny that Apple has an uncanny ability to keep on making great products. Every time you think it’s impossible to make improvements to their iPod music players, along comes another revamp that raises the bar yet again.


And with the design and desirability of the latest batch, it has excelled itself once again, especially with the new nano. Unless you’ve been hiding under a rock for the past week or so, you’ll know roughly what it looks like. In order to accommodate the bigger screen, it’s both shorter and wider than the previous nano – 52 x 70 x 6.5mm (WxHxD) to be precise. 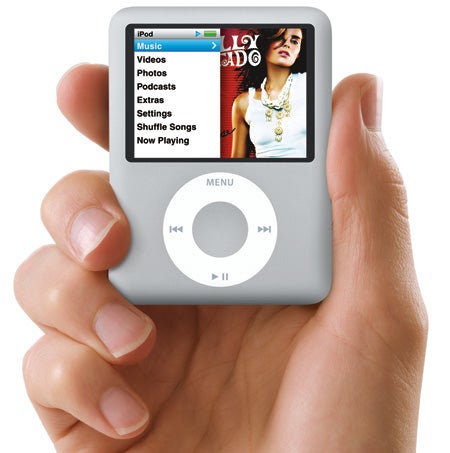 But you don’t appreciate how nice a piece of design this really is until you’re holding it in your hand. It’s also a lot more curvaceous than the previous nano. The corners are rounded, and its edges fade gently away to a sharp edge before the brushed-finish aluminium gives way to a shiny chrome backplate. In fact, it now looks much more like a miniature version of the iPod Classic and that has to be a good thing. The edges are unadorned save for the standard Apple connector (no mini-USB still), hold switch and 3.5mm audio socket on the base.

In terms of cutting edge features Apple has been behind the game for some time now. The past year has seen virtually every single other major manufacturer build in some form of video capability into their premium flash memory based players, so it’s good to see that this third generation nano has finally caught up. 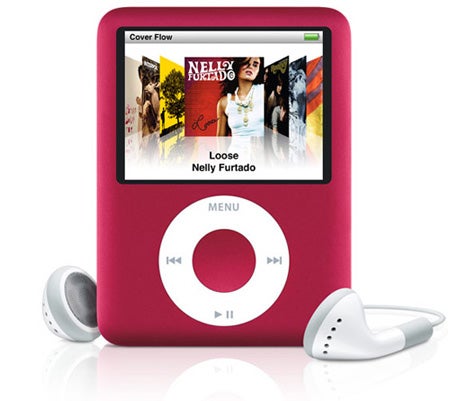 It now plays video, and on a bigger, brighter screen than before. Apple is claiming in typically bullish fashion that the new 2in screen is 65 per cent brighter than the previous generation’s screen and I wouldn’t be at all surprised to discover this assertion to be accurate; it’s a truly lovely thing to look at. Photos look vibrant and videos are crisp, punchy and detailed. How long you’ll want to spend watching a screen this small is debatable and it’s worth noting that widescreen footage on the 4:3 screen is eye-squintingly difficult to watch, but the nano makes up for this with its ability to play back footage at up to 30fps, which is easily enough for smooth, judder-free viewing.

Another improvement you’ll probably have already heard about is Cover Flow, which is Apple speak for a feature that lets you browse by album cover. If you haven’t heard about this (where ”have” you been?), it lets you flick through your album covers as if they were mounted on some giant virtual Rolodex – just like you can in iTunes. It works superbly well, but inevitably you will have holes in your collection where iTunes just can’t locate the artwork. 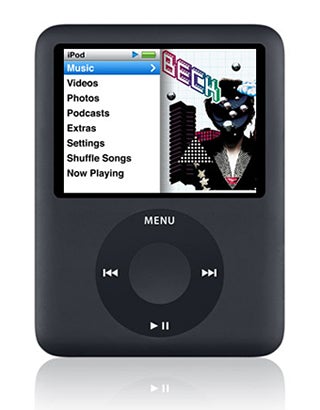 The top level menus, too, have been changed, although this is cosmetic rather than functional. Instead of being full screen, they now occupy just half the screen; in the other half you’ll see video thumbnails or album art float by as you navigate. It looks nice, but that’s about it. A dig around the settings also reveals an addition – TV Out – which enables you to output the signal to a TV, albeit only with an optional AV cable. 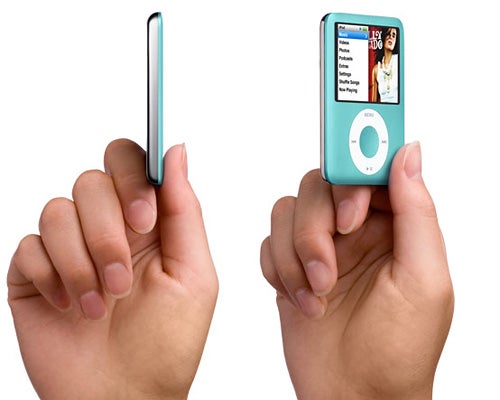 What doesn’t appear to have changed much, however, is the sound quality, which is a disappointment. The previous generation was good, if a little on the toppy side and didn’t produce a huge amount of volume, and this nano hasn’t improved things a whole lot. That said, paired with a set of bassier headphones it’s a perfectly pleasurable thing to listen to and the differences between it and the best in class, such as the iRiver Clix 2, Trekstor Vibez and Cowon D2 aren’t that great. 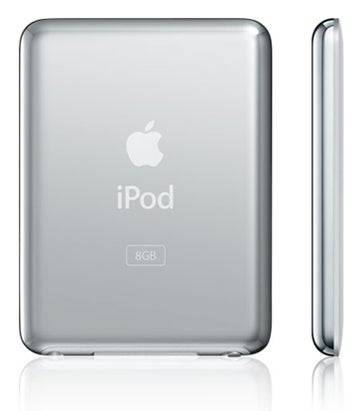 I started my listening tests with a bit of KT Tunstall. Her excellent Heal Over starts with quiet acoustic guitar and vocals which build up to something a bit more energetic and complex. It’s an excellent all-in-one test for any music player. Hooked up to my reference headphones – a pair of Grado SR325i cans – the singing sounded natural and unforced, the guitar realistic and when the band kicked in, there was plenty of clarity imaging, but the lack of volume meant there wasn’t much impact. Turning to something more demanding – the opening to Mahler’s 5th symphony – exposed this more ruthlessly. The solo trumpet was fine, but the orchestral entered with more of a whimper than a bang and this was true even when listening on a far more sensitive pair of ear-canal phones. Compared to my current benchmark – the Trekstor Vibez – the sound isn’t quite as open, detailed and airy either, but again I’d reiterate that for all but the most discerning audiophiles, the differences aren’t huge.

The headphones, on the other hand, are noticeably poor – as bad as they always are with iPods. The sound is as thin as a piece of tracing paper, lacks in punch and is woefully short on volume and body. If you’ve any sense of hearing whatsoever you’ll be upgrading them with a better pair in the not-so-distant future. File format support is as unimpressive as it always is with iPods with just MP3 (up to 320kbps and VBR), AAC (up to 320Kbps) and Apple Lossless on the list for music, and H.264 and MPEG-4 video types supported. The nano also has no FM radio, microphone or line-in record facility. The battery life, on the other hand, is fine at 24 hours for music and five hours for video and an improvement over the second generation nano. 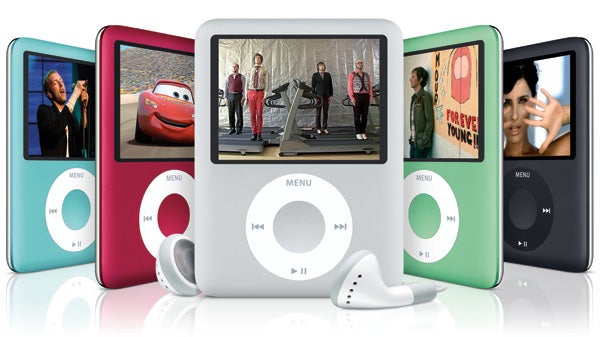 Finally to the price, which Apple has increasingly got right in recent times. It’s not bad; not bad at all. In fact at around £116.70 for the highest capacity 8GB silver version it’s downright good value for money, especially if you compare it to devices from the likes of Cowon, iRiver and Sony. It’s not the cheapest 8GB player around or the best specified, though – you can still buy a SanDisk Sansa e280 for around £85 if you want the ultimate bang for buck – but it is bigger and not half as nicely put together.


All in all I’d say that the latest nano is another success for Apple. The design is absolutely lovely, the screen is excellent and the Cover Flow interface is an effective addition in terms of ease of use. Audiophiles will probably pass it by, as will feature fiends, but for the majority it’s a good player at a great price and another feather in the cap of Apple Inc.