With the Touch and new nano grabbing all the headlines recently, it’s easy to forget that Apple also relaunched its classic range of hard disk players the other week. But relauch it did, improve them it has and, despite the fact that it’s not the show-stopper it once was, the old iPod is still an extremely solid choice for any discerning music lover looking for a high-capacity do-it-all device.


It’s been two years since Apple launched its last standard iPod and it’s not surprising to see the design tweaked this time around. But while it hasn’t received quite as dramatic a makeover as the nano this is still a very nice refinement. The most obvious change is to the glossy front fascia, which has now been dumped in favour of anodised aluminium fronts. It’s a big improvement if you don’t like greasy fingerprints and is available in silver or black, but not white. Apple now seems to be moving slowly away from the classic plastic look that has characterised its revival over the past few years. 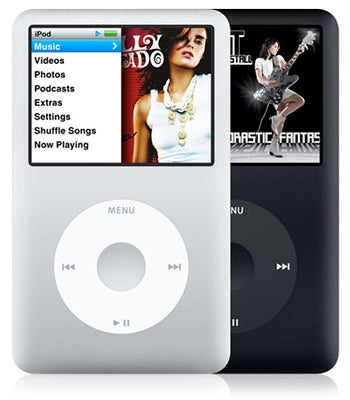 Like the nano, the corners are rounded and the edges curve gently towards smartly sharp corners, while the back is shiny, easily marked chrome, just as before. The Classic has also been slimmed down by a few millimetres – all the better for your pocket at just 10.5mm (13.5mm for the 160GB model), but this is hardly a dramatic change and in all other respects – physically at least – the Classic remains very familiar. A 320 x 240 resolution, 2.5in screen still occupies half of the front of the player with the click wheel control dominating the lower half. The hold switch is on the top edge with the 3.5mm analogue audio output, while on the bottom you’ll find the Apple sync connector.

What’s more noticeable are the alterations that have been made to the interface. Here the most exciting addition is that of Cover Flow. This has been available on iTunes for some time now and allows you to flick through the album covers of your music collection as if they were mounted on some giant virtual Rolodex. It works perfectly on the iPod Classic, animating smoothly and varying in speed depending on how fast you spin your finger or thumb around the click wheel. And though it sounds like a gimmick I found myself increasingly using it as the main method of choosing what I wanted to play over the traditional album, artist and genre browser.

Of course it’s not the only improvement that’s been made to the interface. The menu system has been given a spring clean too. Gone are those full-screen top-level menus. Now they occupy only one half of the screen; in the other half, as you choose between music, photos, videos, games and so on, animated previews float by. Choose music and cover art is displayed here. Choose photos and pictures appear here.


Drill further down and the vertical split goes away with album cover thumbnails appearing next to albums in the more traditional list view – yet another improvement. The Now Playing view has also been swanked-up, with a reflection below 3D album art making it look as if it’s stood on a very expensive coffee table. 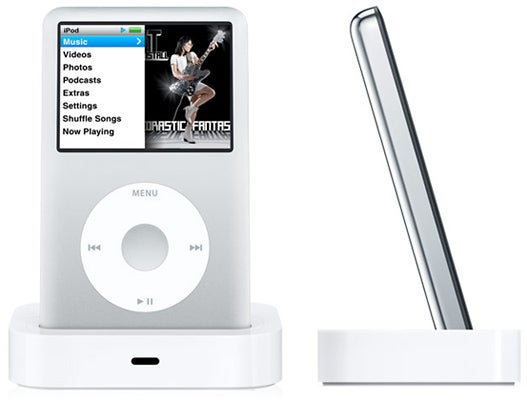 Other additions include a selection of games – including a 3D version of Breakout and a music quiz that’s based on the collection of songs you’ve downloaded onto it. The down side is that, currently, games you’ve bought for previous versions of the iPod won’t work on this one – you have to buy them again, though there are rumours that a fix will become available for this soon.


Under the hood, the electronics have changed too. Gone is the Wolfson Electronics decoding chip of previous models, to be replaced with one from Cirrus. The result is a little on the disappointing side, but not much different from previous models. Though music sounds as fantastically clear and well-balanced (as with previous iPods – if anything a little cleaner) the volume levels this one can reach are disappointing. You’ll be fine if you hook up a set of ear-canal headphones to it, but try something a little larger – Grado SR60s for instance – and maximum volume levels will disappoint. If pop music’s your bag, again it won’t prove a problem, but if you listen to classical music you won’t be able to turn it up much during quiet sections. 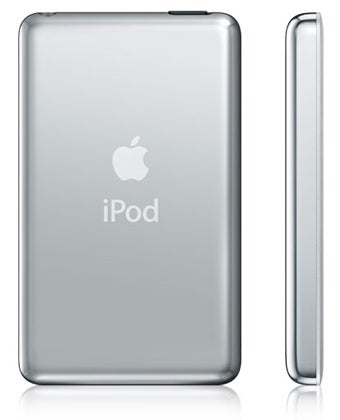 For the listening tests I hooked it up to my reference headphones – a pair of Grado SR325i cans – and compared it with my current favourite for listening, the Trekstor Vibez. And initially I was impressed. The Classic sounded much more laid back and slightly less involving as a result, but also smoother with fuller lower mid-range and bass. Playing Kings of Convenience’s wonderful mix of vocal harmony, pianos, double bass and violins is a good test of smoothness and here the iPod excelled, picking out all the individual instruments without making them sound harsh.

Jazz vocals and solo instruments don’t ring out with quite the same realism as they do on the Vibez; Lisa Ekdahl’s rendition of Laziest Girl In Town doesn’t quite sound as if you’re there. But feed it something more energetic like Fat Lip from Sum 41’s joyous romp, All Killer No Filler, and it really comes into its own with buttery, rounded out bass and mid-range, which makes for easy long-term listening. However, the smoothness does mean that dynamics don’t quite hit the heights: guitars lack the bite they have with better players and high hats and drums lack a little energy. 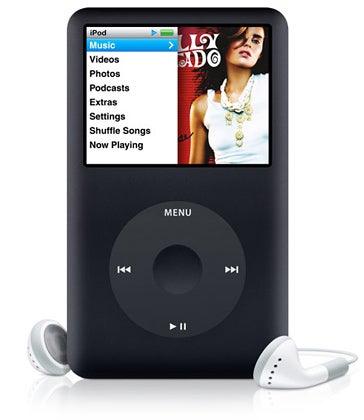 Other areas of performance are impressive. Battery life is 30 hours for music, which is very impressive for a hard disk player like this, and video playback of five hours is about par for the course; enough for a couple of movies with room to spare for an episode or two of The Simpsons. Move up to the bulkier 160GB model and you get an extra ten hours of music listening, while video playback is extended to a maximum of seven hours, which is seriously impressive.


File format support is, as usual, pretty miserly, however. For music, you’re stuck with AAC, Apple Lossless and MP3, while video is restricted to H.264 formats – .mp4, .mov and .m4v – with no sign of native support for .avi or .divx files. If your main source of video is the Internet, this means you’ll be doing a fair bit of re-encoding. 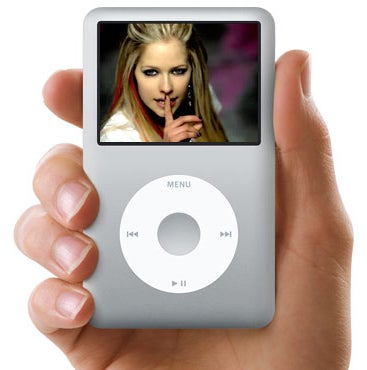 But the most astonishing thing about the new iPod Classic is not the battery life, sound quality, usability or design tweaks but how much of a bargain it is. The 80GB model can be had for around the £160 mark, while the 160GB Classic costs £230. To put that in perspective, the 80GB Classic works out £10 cheaper than the 4GB DAB radio flash-based player I reviewed the other week and gives you 20 times the storage.


Complaints about the restrictive file format support, volume level and games compatibility aside, if you’re in the market for a high-capacity music and video player the iPod Classic should be high on your shortlist. Its years at the top of the MP3 player market have resulted in a great-looking, mature product that’s not only wonderfully easy to pick up and use but is also packed with features and, most importantly, is a great bargain.