The iMac is something of an anomaly in Apple’s product line-up. Where the iPod touch, nano, shuffle, iPhone and (especially) the iPad are undeniably priced as high as they are pretty much just because Apple can get away with it, the iMac, at lease for the last few revisions, represents uncharacteristically good value for money for an Apple product. That it also comes with an arguably superior operating system, packaged in an undeniably stylish chassis is icing on an already moist and delicious cake. 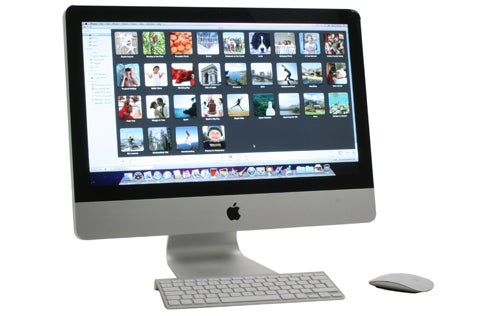 That the latest generation of iMac is almost imperceptibly different to its predecessor is testament to its pedigree. For all that we’ve seen a huge number of pretenders to its throne, there still isn’t an all-in-one system from another manufacturer that could be considered a true alternative – OS differences excepted.


A big contributor to that is Apple’s aptitude for industrial design. Although this generation iMac uses the same chassis as the previous one, it’s still worth remarking upon how elegant an iMac looks upon a desk. The glass-fronted display still dominates proceedings, and the aluminum casing radiates an air of quality of which plastic can only dream.

As the the plus points of the iMac’s design are still as evident as ever, so are its failings. For a start that glossy display is an absolute menace in an environment with, well, basically any lighting at all. Watch a film with a prevalence of dark scenes and you might well end up seeing more of yourself than of the action. Ergonomics are a potential issue, too. Although the tilt mechanism’s smoothness of action is second to none, height adjustment is conspicuous by its absence, as is the ability to rotate the screen to portrait mode.


The downward-facing placement of the iMac’s speakers remains a curious decision as well. The audio quality is definitely above-average for an all-in-one system, but it’s slightly disconcerting hearing sound radiate up at you from a desk. Then again, if audio is of any particular concern to you we’d always recommend you invest in a set of proper desktop speakers, and for an iMac the perfect partner is surely the B&W MM-1 speakers.

We take umbrage with Apple’s decision to place all but one of the iMac’s inputs around the rear of the system – only the SD card reader is mounted at the side, under the slot-loading DVD drive (still no Blu-ray unfortunately). It’s incredibly annoying having to either spin the iMac around, or fumble about at its rear, just to plug in a USB drive. A USB hub would of course sort this but with the iMac being all about minimalist chic, it’s hardly something we’d want to do. 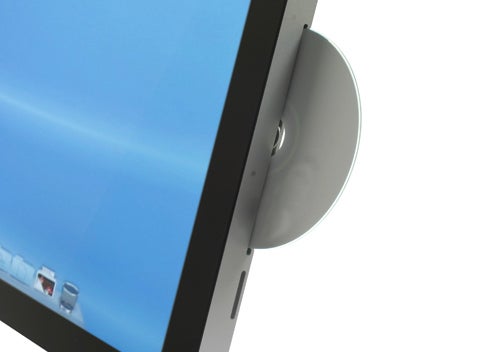 There’s a good range of connectivity options, at least. As ever the 3.5mm headphone output and line-in double as optical connectors (for digital audio) and sit alongside four USB ports, a FireWire 800 port, a Mini DisplayPort output and a Gigabit Ethernet jack. We still think that Apple has missed a trick by not including at least one video input on the 21.5in iMac. Ideally this would be an HDMI connection as it’s the most universal connector around at the moment but even the mini DisplayPort sported by the 27in iMac would be a start.

Although there’s no exterior change to this generation of iMac, the internals have had what we think is a much needed overhaul. The 21.5in model now comes with an Intel Core i3 CPU as standard, running at 3.06GHz in the base model and upgradable to a 3.2GHz unit or a 3.6GHz Core i5 CPU. All support hyper-threading and the latter also offers Turbo Boost technology, whereby unloaded cores are clocked down and loaded ones over-clocked to improve performance in un-threaded applications. 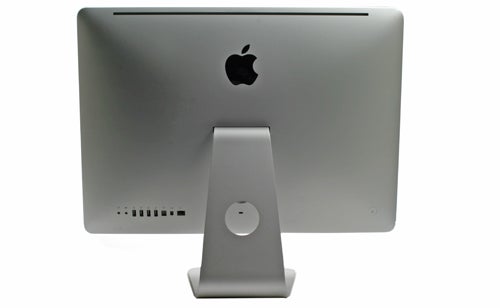 Admittedly neither OS X or any of the programs you can run in it feel noticeably faster in day to day tasks. However, if you do need to run CPU-intensive programs (say, Final Cut) while performing other tasks the improved multi-tasking enabled by the Core i3 and i5 processors’ hyper-threading does make itself known. It’s also a generally more power efficient architecture so you may save yourself a few pennies on your electricity bill.

In a similar vein, the graphics options of the iMac have received a boost. The entry-level system’s 256MB ATI Radeon HD 4670 isn’t going to be running StarCraft II at its highest quality, but it’ll happily play run any Steam game available for the Mac, World of Warcraft, Eve-Online and just about any other Mac-compatible title you care to name.


The step-up 512MB 5670 is a better option if you want your options open a year down the line, but the system it’s in pushes dangerously close to 27in iMac territory at £1249. It’s not like the 200MHz CPU speed bump and additional 500MB of hard drive capacity are compelling reasons to spend another £250 on a 21.5in iMac, either. The entry-level system even comes with 4GB of RAM so it’s literally just the GPU that’s worth improving – hopefully Apple will make this an option in the near future. 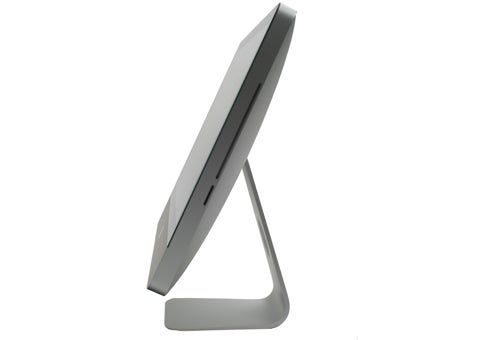 On the subject of upgrades, we have to once again point out that you’d be a fool to opt for any from Apple’s own configuration menu at purchase. Aside from mandating that you pick the more expensive iMac before allowing you to boost the provided RAM or hard drive, Apple still has the audacity to charge full price for upgrading components.


It’s likely that Apple is primarily trying to discourage people from deviating from the standard set-up so someone doesn’t have to unpack, change the components of, and repackage a system before shipping. A logical endeavour but a tactic hardly likely to make your customers happy. 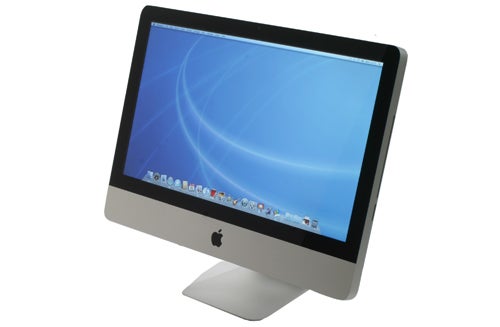 Fortunately when it comes to non-gaming performance, the base iMac configurations don’t particularly need messing with. The £999 model, especially, is plenty fast for anything you’re likely to throw at it day to day and has enough processing power to chew through a more intensive task if you throw one at it.


The iMac isn’t a cheap system, but you certainly get what you pay for. The updates the latest refresh has added aren’t groundbreaking and the continued lack of Blu-ray is something of an annoyance but we can forgive the latter and on most other fronts the iMac was already the best all-in-one system you could buy. Now it still is; but it’s a little bit better than before.